His Dark Materials Review: Improved Second Attempt, but Not Enough

Maybe try again in a decade or so? 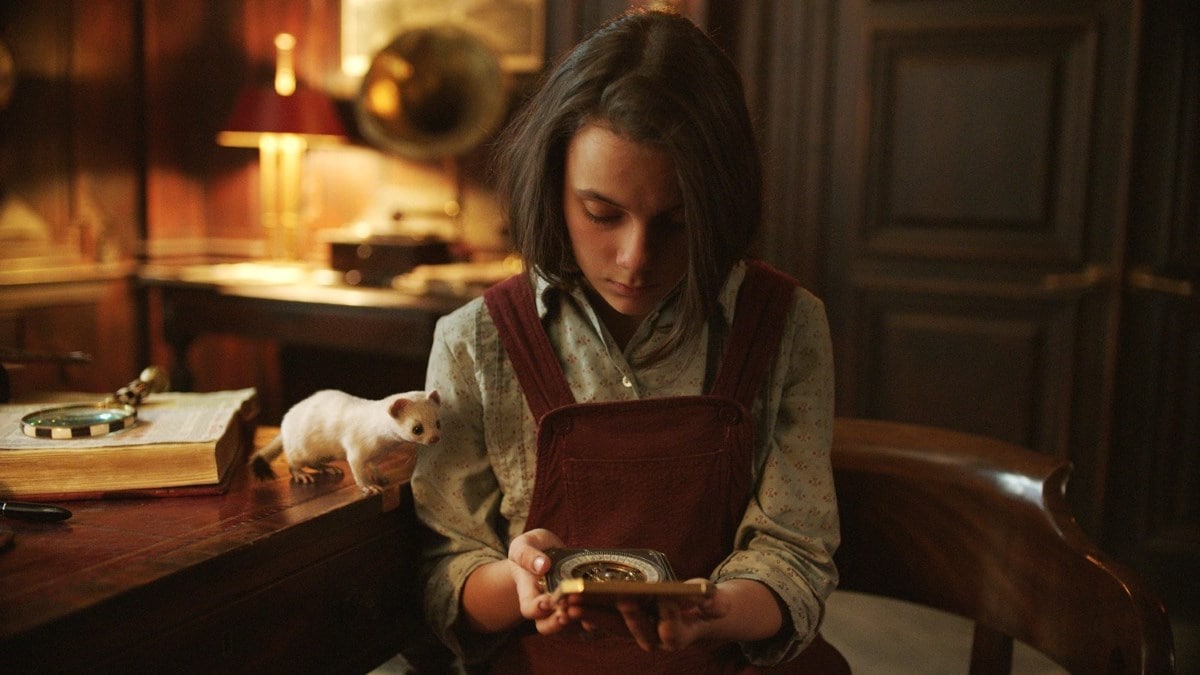 Dafne Keen as Lyra Belacqua in His Dark Materials

In the 2000s, as the Harry Potter film franchise was racking up billions of dollars at the box office worldwide, other studios tried to get in on the children's fantasy act. Disney kick started an adaptation of C.S. Lewis' seven-book series The Chronicles of Narnia, which ran for three entries before succumbing to falling critical and commercial reception. (Netflix will now attempt a do-over.) Nicole Kidman and Daniel Craig led the big-screen adaptation of Sir Philip Pullman's trilogy His Dark Materials, which failed at the outset with The Golden Compass. It was deemed controversial for anti-religious themes, while funnily enough, others criticised it for diluting the elements that were critical of religion. A secondary problem was that Pullman's complex world wasn't suited for film.

Thankfully, TV is now ready. Benefitting off the combined might of BBC and HBO, the new series adaptation of His Dark Materials — from award-winning playwright and screenwriter Jack Thorne (Harry Potter and the Cursed Child) — has enough time and space to present the story and tackle its subtext, and enough budget to bring its fantastical world to life in a gorgeous and believable fashion. But it takes too long to really get going, running in circles for first three episodes. (Four were shown to critics.) And though the visuals are on point, the writing isn't. Despite the elements at its disposal — talking animals, a modernised Victoriana fantasy, and scheming, tyrannical individuals — it's made to feel ordinary, especially the farther it gets from its fantasy trappings.

On top of that, His Dark Materials feels like a children's show at times. Pullman's trilogy is often described as children's books that adults should read, and the show's producers had hoped it would be an adult TV show that children should watch. But His Dark Materials fails in that regard. Thorne said he did “a PhD in the books” because he wanted to “sound every note”, but he's unable to realise those ambitions as the show is too talky in its approach. Everything is said out loud, with characters repeatedly shouting out their motivations, telling you how to feel about a scene, or pausing to dump exposition on another character before walking away. By being so simplistic, it doesn't respect younger viewers and can't pique the interest of adult fantasy fans.

His Dark Materials begins with on-screen text that notes it's set in another world which is like and unlike ours. Here, a human soul manifests as an animal called a daemon. The all-powerful Magisterium, a church-like militaristic organisation opposed to new thinking, has controlled the world for centuries, except in the North. And it then introduces its chosen one, a rebellious girl called Lyra Belacqua (Dafne Keen), who as a baby, was dropped off by her uncle Lord Asriel (James McAvoy) at an Oxford college for her protection. (McAvoy has what amounts to a guest role.) Asriel has been roaming the North looking for info on something called the “Dust” that threatens the Magisterium, and he naturally turns down Lyra's request to travel with him, for reasons largely unknown to her.

After Lyra's best friend, a kitchen boy Roger Parslow (Lewin Lloyd), goes missing from Oxford, she is swayed by the mysterious Mrs. Coulter (Ruth Wilson), who whisks Lyra away to London with the promise of adventure and helping find her friend. But Roger isn't the only missing child, with the Gyptian community — Pullman's analogy of the Roma people — being the prime target. Their leader, Lord John Faa (Lucian Msamati), believes the Gobblers, a myth usually restricted to children's stories, are behind the abductions and so, the Gyptians too set out for London. Meanwhile, the Magisterium's Carlo Boreal (Ariyon Bakare) — changed from being an old man in his sixties to a Black British man — is trying to dig into an explorer's past, who has a bigger presence in the second of Pullman's books.

Wilson's Mrs. Coulter is by far the most delightful of the early lot, as she switches between showing genuine care and affection for Lyra, and the curled-lip menace and steely-eyed determination that her job requires her to possess. The other human characters — McAvoy's Asriel doesn't get enough screen time — aren't that engaging, though the aeronaut Lee Scoresby (Lin-Manuel Miranda), who shows up in episode four, injects the show with much-needed energy. In fact, it's their daemons who are routinely more interesting, be it Mrs. Coulter's silent golden monkey or Lyra's ever-changing “Pan” Pantalaimon, who keeps switching between a mouse, a moth, and a snow-white ermine since Lyra isn't an adult yet. But His Dark Materials hasn't figured out what to do with daemons, except use them as exposition machines.

This aforementioned expository problem is likely the only reliable part of the show, as multiple scenes in the same episode keep haring upon information that everyone — especially the audience — already has. In some cases, His Dark Materials could have easily made tweaks to ensure scenes unfolded in a different fashion than they do on-screen. And in other cases, it seems the show intentionally spins its wheels until it has arranged the other chess pieces on the board that allow the narrative to move forward. Elsewhere, His Dark Materials tries to pull on emotional cords that it has yet to string for itself, which causes scenes to fall flat as the viewers — save for long-time book fans — do not have the requisite level of attachment with the characters that the scenes need to function.

Meanwhile, His Dark Materials both falls into and plays against fantasy tropes. As the chosen one, Lyra is deemed special, important, and most valuable by nearly everyone on screen — her uncle Asriel is the only one who seems to disagree — and the show seems to take this to heart as well, instead of showing us how she's special. Lyra figures out how to read the alethiometer, a truth-telling device, in a matter of days with no training at all, even though we are told that it takes books and years of learnings. It just feels wholly unconvincing. It's okay for Lyra to be talented but it's not okay for her to be a miraculous genius. On the other hand, the idea that the nomadic Gyptians would serve as better guardians for Lyra than the esteemed Oxford scholars is a sort of reversal of what we've come to expect from the genre.

But that's not merely enough to lift an adaptation of Pullman's work that's much better at evoking the visual underpinnings than the thematic ones. In doing so, His Dark Materials leaves behind a somewhat generic offering, strange and surprising given the trilogy of books were noted for touching upon concepts that other fantasy authors usually didn't. And in the process, it also wastes the good work of actors, who are working with an uneven and sluggish plot. Maybe the show will find its groove as the story kicks into gear — a second season has already been filmed, for what it's worth — if only to equal the wonderfully-realised world that features witches and armoured bears. At least that's the hope, or we might be looking at attempt number three in another decade or so.

His Dark Materials premieres November 5 on Hotstar, and November 24 on Star World in India.

Apple Says It Will Spend $2.5 Billion on Housing Crunch in the US
Oppo A9 2020 Review