When reports trickled in that the wizarding saga of Harry Potter would get another chapter - this time via a play on London's West End along with a book of the script, called Harry Potter and the Cursed Child - all corners of Pottermania exploded with glee. After all, not many franchises can match the fan fervour and long-standing power of the series brought to life by JK Rowling. The newest addition to the magical world isn't a Rowling creation through and through though, but that of British playwright Jack Thorne, who has developed it based on a story co-written by Rowling, play director John Tiffany, and Thorne himself.

While the play has been marketed as the eighth Harry Potter story, set nineteen years after the seventh book, the Cursed Child is technically a direct continuation - the seventh and final book Deathly Hallows ended with an epilogue that had already moved the story forward by the aforementioned length of time. As a middle-aged Harry and Ginny drop off their kids at King's Cross Platform 9 ¾ for the start of school year at Hogwarts, all is not well, especially between Harry and his son Albus, despite what Rowling may have said almost a decade ago.

Editor's note: spoilers below for Harry Potter and the Cursed Child. Proceed at your own risk.

For starters, parenting doesn't come naturally to the famous Potter, who must also deal with being the Head of Magical Law Enforcement. And to establish the growing rift, and Albus' sensation that he is the family's black sheep (he's the only Potter to be sorted into Slytherin), the Cursed Child speeds through three years in its opening 50 pages, with the kid - named after two former Hogswarts headmasters - drifting into the background at school all the while. 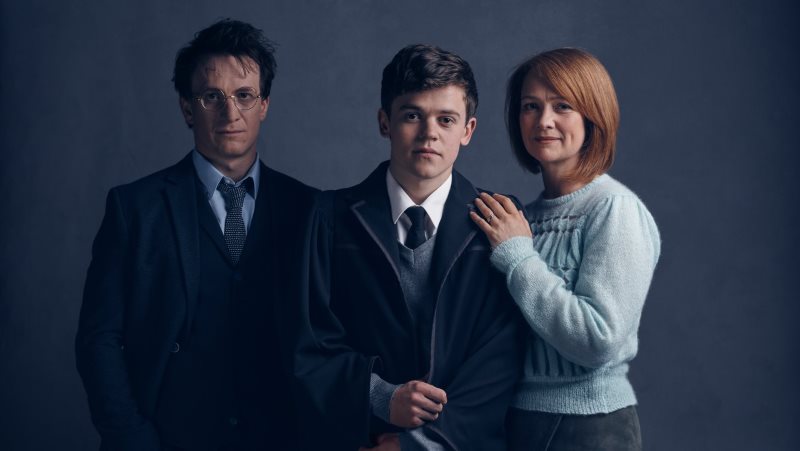 Jamie Parker as Harry, Sam Clemmett as Albus and Poppy Miller as Ginny in the Cursed Child play. Image: Pottermore

(Also see: League of Dragons Is a Gripping Flight of Fantasy)

Along the way, Albus becomes best friends with Scorpius (the son of Draco Malfoy), who's dealing with family issues of his own. The meat of the story doesn't begin until they enter their fourth year at Hogwarts, after which it's a whirlwind of time travel - mostly back into Harry's own fourth year, as in the fourth book Goblet of Fire - that feels like the series' third book Prisoner of Azkaban crossed with 1989's Back to the Future II.

The manner in which the Cursed Child presents its next generation is reminiscent of another franchise that recently jumped decades into the future. Instead of throwing its new characters into the deep end, Star Wars: The Force Awakens weaved in a much-loved existing cast (including the droids), along with settings (a new desert planet and a new Cantina) and objects (Millennium Falcon) that were either lifted from, or heavily inspired by, the first Star Wars movie - A New Hope. By doing so, the JJ Abrams-directed episode fused the old and the new, relying on the power of nostalgia to deliver a movie-going experience that raked in $2 billion (approximately Rs. 13,349 crore) worldwide during its run.

That's something Thorne - along with Rowling - also manages to do well on the Cursed Child. Albus and Scorpius are the series' new mischief makers, and it obviously helps that the two are instantly likeable. As they embark on their adventure across time, the Potter-Malfoy teenage buddy cop act works superbly on page, and it's an absolute delight to watch them goof-up together. 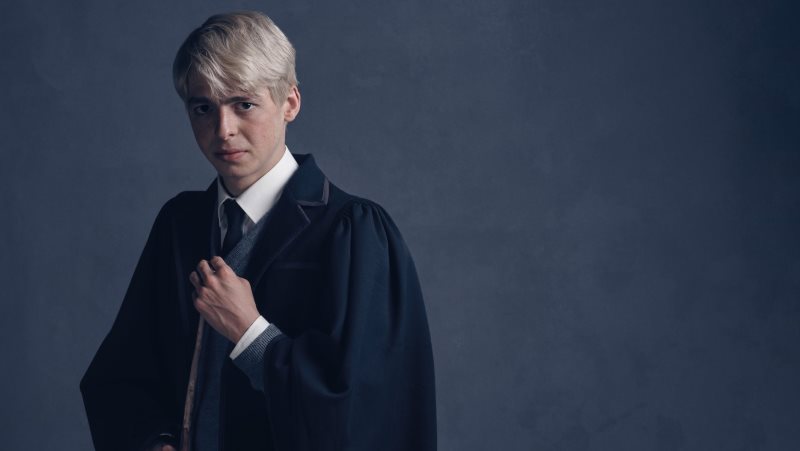 (Also see: Gentleman Jole and the Red Queen Is A Comedy of Manners For Space Adventure Fans)

The story is inventive enough (just like The Force Awakens) to give readers a taste of what they remembered - Polyjuice Potion, the Ministry for Magic, the Forbidden Forest - whom they fell in love with - all of Dumbledore, McGonagall and Snape make an appearance - and it involves the old gang long and well enough to bring those old Potterhead feelings rushing in. The Cursed Child is brimming with nostalgia, and Thorne as a fan himself uses it expertly to navigate situations and worlds well-known to us in a bid to pass the baton from the previous generation to the next, again, in a manner similar to the latest Star Wars.

But when the book falters, it's glaringly obvious. A major issue for the Cursed Child is that it's a playscript put to paper, and not a full-blown novelisation. Put plainly, it doesn't read like a Rowling novel. Part of the charm of the Harry Potter series was being immersed in Rowling's highly imaginative world, which she described through paragraphs of beautifully constructed prose.

Alas, that world-building, presumably left for the play's production designer's notes, is completely missing from the new book. Instead, the readers are faced with stage direction and dialogues that feel too weird to be said out loud. Unfortunately, gone too is the subtext that playwrights prefer. Instead, Thorne is on the nose with his descriptions. 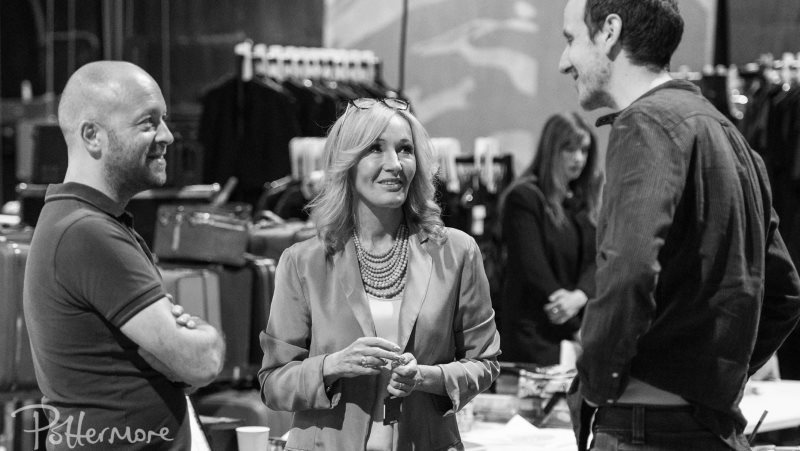 John Tiffany, J.K. Rowling, and Jack Thorne in the rehearsal room for Harry Potter and the Cursed Child. Image: Pottermore

At one point, the description states "This scene is all about magic" and at another, "There's real emotion in this room". While this may work fine for stage actors, it's jarring for someone holding a book. Moreover, with the inability to put thoughts into words, characters just end up saying what they mean. So when Scorpius is talking about his family, he says, "I mean - father-son issues, I have them."

It just seems silly. There are no additions or modifications to make it into a natural read like the Harry Potter novels before it. Owing to its lacklustre and threadbare composition between dialogues, even when the stakes are improbably high, the Cursed Child fails to deliver them with the panache and weight of the seven books that preceded it. And that's a shame because it doesn't do justice to what millions of book fans fell in love with over a decade and more.

On stage, Harry Potter and the Cursed Child has been received with utmost praise, but it's a version that will never be seen by a majority of the fans. The franchise's beginnings and strongest moments have long been on the page, but this time around, the magic isn't quite there.