Guilty Review: Netflix’s Timely #MeToo Movie Is Let Down by a Terrible End

While the #MeToo movement recently celebrated its first major conviction in the US, it has largely stalled in India. Except for a few choice cases, nearly everyone who has been accused of sexual abuse, assault, harassment, or misconduct has returned to their profession. Most haven't even admitted any wrongdoing, let alone work to put themselves on a better path. Instead, some have actively gone against their accusers with the power of India's archaic laws. That's in addition to ingrained misogyny and patriarchal mindsets, which translate into tasteless jokes and tone-deaf responses at its best. This is the environment for Netflix's newest film from India, Guilty, which is centred around an alleged incident of rape at a prestigious university in the national capital of New Delhi.

Structurally, Guilty — directed by Ruchi Narain (Kal: Yesterday and Tomorrow), off a script by Kanika Dhillon (Manmarziyaan) & Narain, with dialogues by Atika Chouhan (Chhapaak) — works like a mystery movie. Narain told us that she thinks of it as a “whydunnit”, rather than a whodunnit. Guilty features multiple unreliable narrators who paint a picture of the night of the incident, with a third-party trying to put the pieces together. In that sense, the new Netflix movie is reminiscent of another called Guilty — also on Netflix — though most in India know it as Talvar, the 2015 Meghna Gulzar film based on the 2008 double murder case in the New Delhi satellite city of Noida. Like it, Guilty employs the Rashomon effect, though to a much lesser degree.

Narain solidly handles the several threads that run through Guilty — though the direction is admittedly a bit dramatic and over the top in places — and she's helped by a committed performance by Kiara Advani (Kabir Singh) in the lead. Amongst the many guilty parties here is India's film industry, which has largely wasted Advani in muted roles, and not given Narain more opportunities. This is only Narain's second feature, minus an animated kids' movie, in 15 years. Unfortunately, all the good work is undone in the end. The Netflix film implodes in the worst possible way, with a mix of grandstanding and wish fulfilment that renders Guilty unrealistic and illogical, in addition to a gratuitous display of sexual violence for mere shock value. 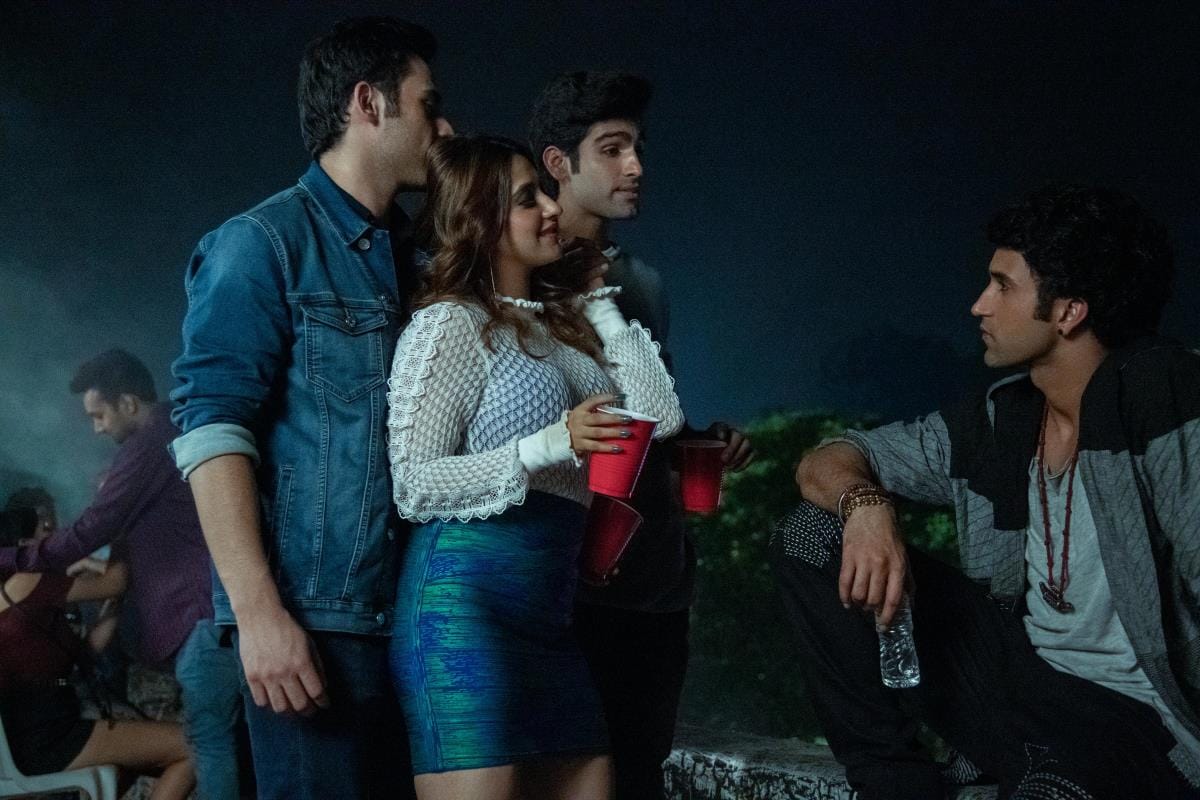 When we first see Guilty's protagonist Nanki Dutta (Advani), she's a partially red-haired songwriter, brimming with Urdu words, and capable of citing Franz Kafka and Virginia Woolf, all in the span of five minutes. She's somehow a mix of virtually every intolerable “cool-girl” trope. Nanki is dating the college heartthrob and lead singer Vijay “VJ” Pratap Singh (Gurfateh Pirzada, from Friends in Law), an extremely privileged son of a politician who looks like a jock but can throw multi-syllable words into his conversation. These are hardly people you'd want to be around. Not if you listen to the band's politically incorrect drummer though, who proclaims Nanki and VJ as the it-couple and casually slut shames a woman from the coal-mining centre of the under-privileged state of Jharkhand.

That's Tanu Kumar (newcomer Akansha Ranjan Kapoor), whom we first encounter reciting Macbeth's — not Lady Macbeth's — lines from the eponymous Shakespeare play. Seconds later, she's putting on an erotic act in front of VJ and his band, with a bemused Nanki in the audience. Tanu is a born actor, whose roles range from trying to seduce VJ to playing the oppressed, preyed-upon small-town girl. And it's Tanu who accuses VJ of raping her as the #MeToo movement grips India, which brings everyone's world crashing down. But with no police investigation, the tables are turned on Tanu as she faces a defamation suit. Enter Danish Ali Baig (Taher Shabbir, from Nisha Aur Uske Cousins), whose job is to prep witnesses and who becomes the moral centre, an audience surrogate.

The first half of Guilty is designed to portray Tanu in a bad light, which help showcase prevalent attitudes in India — and in turn, to keep the mystery alive. Through it, Narain & Co. can tackle the culture of victim-blaming that puts women in the firing line, the culture of silence that sees men cover for each other, and the culture of slut-shaming that even drives women to turn on women. Nanki's feminism evaporates in an instant when it comes to listening to Tanu's version of events. And it's the little throwaway things that point towards the insidious reality that is a post-MeToo world, be it learned counsellors making light of the movement, or men in powerful positions using it as an excuse to express their deeply misogynist views.

Where the Netflix film is less successful is in depicting the mental trauma that can seep in due to sexual assault. Though it's worth talking about, the problem is that Guilty doesn't organically introduce the idea into its narrative. Owing to that, it causes the movie to meander. Even though it runs less than two hours, Guilty could have been tighter. The film also has a habit of being wordy and on-the-nose at times, while in other places, it seems like the audience is talking through characters to other characters. And it's surprising how little Guilty dives into its principal characters, save for Nanki. Advani benefits from that increased focus, Shabbir handles his one-note-ish role well, but the others pale in comparison and come across as accessories to the plot, rather than three-dimensional human beings.

Its biggest failure though is the botched ending. Guilty displays a wilful ignorance of how these things play out and turns its characters into mouthpieces for its themes. It's almost if the writers couldn't bring themselves to conclude on a depressing, albeit sobering tone. It's the closest Guilty comes to becoming an agenda film, with the end credits pointing a finger at its audience and asking them to wake up. Had Bollywood been good to Narain, Guilty may well have been prescient — she told us she's had the idea for years — yet it's still very much timely given how #MeToo has essentially died in India.

Guilty is now streaming on Netflix in India and across the world.