Ghoul's Most Important Success Is Entirely Off the Screen

2018 has really been the year that Netflix’s strategy of originals for India came into view, thanks to the release of its first big production, Sacred Games with Saif Ali Khan and Anurag Kashyap’s Phantom Films involved, alongside three films that it acquired in the middling rom-com Love Per Square Foot, the anthology pic Lust Stories from the likes of Karan Johar, Zoya Akhtar and Kashyap, and dark comedy Brij Mohan Amar Rahe earlier in August. Its next offering – the second series and the first in the horror genre – Ghoul is an international co-production that features Radhika Apte, making it her third Netflix release in the span of as many months. (Phantom Films is one of those co-producers on Ghoul, alongside Jason Blum's Blumhouse Productions, and Ivanhoe Pictures.)

Set in a dystopian near-future version of India – curiously, 90s-things such as the Maruti Esteem sedan and Nokia feature phones are back – where democracy has dissolved and given way to fascism owing to intense sectarian conflict, Ghoul follows an interrogator-in-training named Nida Rahim (Apte), who is posted to a covert detention centre that we are told was built during the Emergency and exists off the books. As such, it operates outside the law, which allows the militarised police of the new regime to use “advanced interrogation” techniques on prisoners who have no recourse to legal help. In other words, torturing individuals who are deemed a threat, without any burden of providing proof as the state must.

Rahim is a firm believer and supporter of the new government policies, which puts her at stark contrast with her more questioning father (S.M. Zaheer), who is committed to including banned works as part of his teachings despite the threat it poses to his freedom and life. Having been properly indoctrinated in the ways of the new oppressive regime, Rahim believes her father can be cured of his way of thinking and willingly outs him to the police. That makes her look great in the eyes of her superiors, which in this case includes a high-ranking officer named Sunil Dacunha (Manav Kaul, from Tumhari Sulu) who heads one of those detention centres.

But it’s not just her glowing performance at the academy or her show of loyalty to the country that gets her the job – to help draw a confession out of a feared terrorist named Ali Saeed Al Yacoub (Mahesh Balraj, from Parched) – with Ghoul immediately revealing that Dacunha and his subordinate Laxmi Das (Ratnabali Bhattacharjee, from Sold) have other plans for the new recruit, supposedly working off intelligence that ties Rahim to the prisoner she’s set to interrogate. All that is merely the setup for what serves as the real story for most of the running time though: Al Yacoub surprises his tormentors by exposing their darkest secrets and the events soon take on a supernatural turn befitting the show’s title.

Ghoul isn’t likely to keep you up at night, with the show being more disturbing than scary. It stays away from the overused horror mechanic of jump scares and it won’t give you the chills when it does deploy them. Instead, it uses the claustrophobia and the grimness of its setting to fuel uneasiness, in combination with the creepiness of Balraj’s performance. Beyond that, it’s great to see the show not target all its violence towards women and stay away from such regressive tropes, which is unfortunately characteristic of the horror genre’s general level of misogyny. And the pacing benefits from Ghoul’s original conceptualisation as a film, which only became a three-part miniseries after Netflix came on board midway through production. 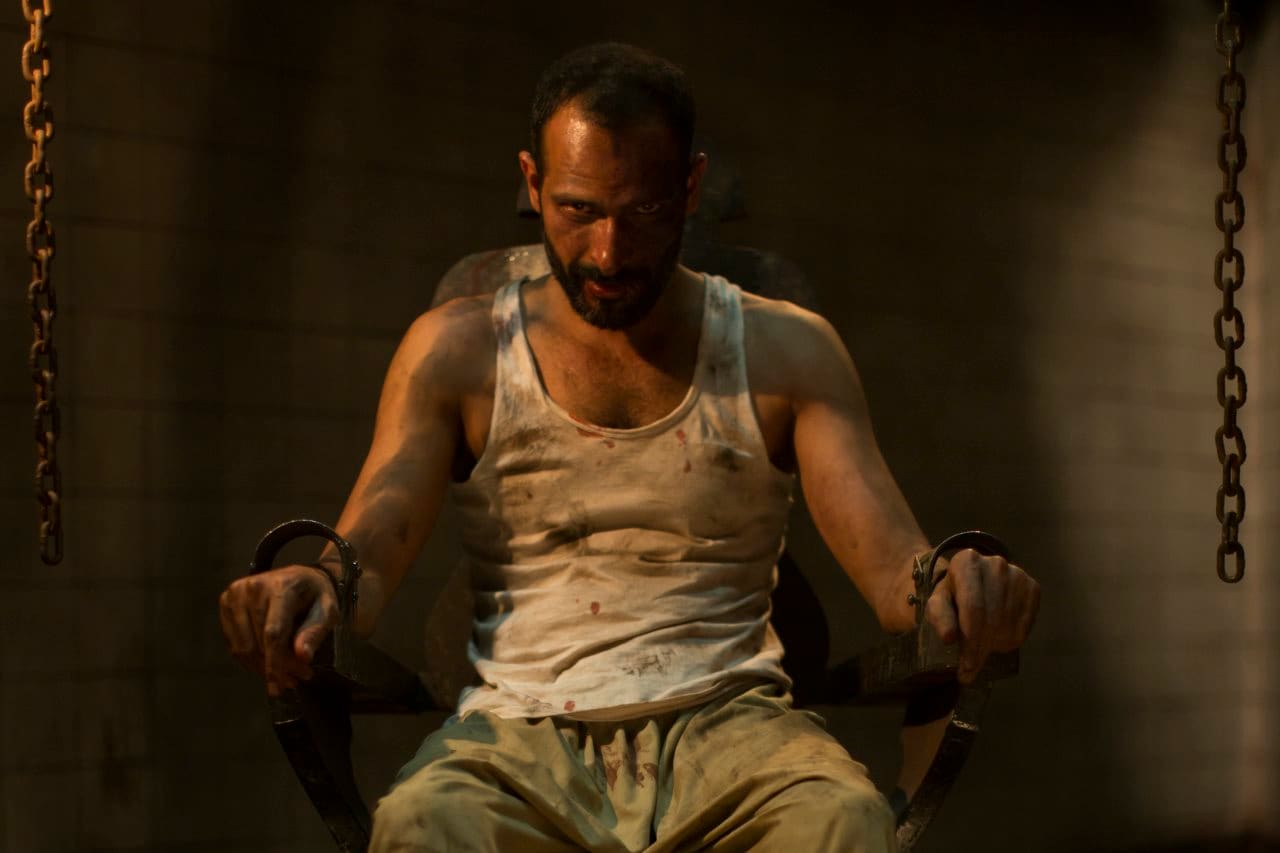 Everything You Need to Know About Netflix’s Ghoul

Where the show fails is in being inventive with its genre. Save for one video game-y twist in the third and final episode, which turns Ghoul partly into a find-the-zombie mystery, the Netflix series lacks the kind of ingenuity that horror audiences have been witness to earlier in the year, thanks to The Office alum John Krasinski's A Quiet Place and writer-director Ari Aster’s Hereditary on the big screen. The socio-political aspects that draw on Orwellian themes and Ray Bradbury’s Fahrenheit 451 are much more intriguing as a premise, and it’s a shame they aren’t explored further. Instead, Ghoul abandons the world-building and settles into the groove of a horror story, intent solely on exploring the various facets of its titular supernatural entity derived from Arabic folklore and mythology.

Even in that regard, Ghoul is let down by its reliance on cliched genre writing such as characters behaving stupidly for the sake of the plot or falling prey to narrative convenience towards the end to drive up the tension. The show leaves off in an open-ended way with room to craft a follow-up if it finds enough of an audience and Netflix would be so inclined. It will be interesting to see if that happens given that the horror genre is still a niche and that a second season of Sacred Games has yet to be greenlit, despite its overwhelming popularity. However, Ghoul’s bigger and more important success is entirely off the screen, as it shows the streaming service is willing to take bets in India across genre and format.

Ghoul is out August 24 on Netflix.

Further reading: Ghoul, Netflix, Netflix India
Akhil Arora Email Akhil
Akhil Arora covers entertainment for Gadgets 360, interviewing stars such as Christian Bale and Anurag Kashyap, covering series premieres, product and service launches across the globe, and looking at American blockbusters and Indian dramas from a global socio-political and feminist perspective. As a Rotten Tomatoes-certified film critic, Akhil has reviewed over 150 movies and TV shows in over half a decade at Gadgets 360. When he is not completely caught up with new film and TV releases, Akhil ...More
10.or D2 India Launch Set for Today, an Amazon-Exclusive Budget Smartphone
Fortnite Patch v5.30 to Bring New Item for Players 'On the Go': Epic

product Ghoul, a supernatural horror series starring Radhika Apte and the next Netflix Original from India, releases August 24 on Netflix. Having seen all episodes, here’s our Ghoul review. Ghoul’s meaning is derived from Arabic folklore and mythology.

Ghoul's Most Important Success Is Entirely Off the Screen
Comment