Game of Thrones Season 7 Episode 6 'Beyond the Wall': The Top 5 Moments

After a fiery performance two weeks ago, “Eastwatch” represented the calm before the storm for Game of Thrones season 7. A lot of big moments came out of that - including a huge reveal about Rhaegar and Lyanna - and the episode concluded with a ragtag bunch of seven setting out on a highly dangerous mission.

Thanks to a mistake on the part of HBO’s European subsidiaries, pirates had access to episode 6 - “Beyond the Wall” - since Wednesday. Now that everyone has had a chance to view the penultimate episode of season 7, owing to a shortened run... that was intense, right?

Here are the top five moments from this week’s episode, according to us. Spoilers ahead for Game of Thrones season 7, episode 6, ‘Beyond the Wall’.

Tormund’s barbs, vocabulary expansion, and love
As the Magnificent Seven/ Suicide Squad walked North of the Wall, Gendry wondered aloud how people managed to stay warm in these parts. For a southern lad who has spent most of his time in King’s Landing, it seemed a natural question.

You’ve to keep moving, Tormund said. Walking is good, fighting is better, and having sex is best. Jon remarks that there are no living women around for a thousand miles, to which Tormund replies: “You’ve to make do with what you’ve got”, with a meaningful look towards Gendry.

Later, he is back to talking about his love for Brienne. “I want to make babies with her,” he adds. There’s been no reciprocation yet, but we’re now clearly rooting that Brienne does feel something, if only to keep Tormund around longer. 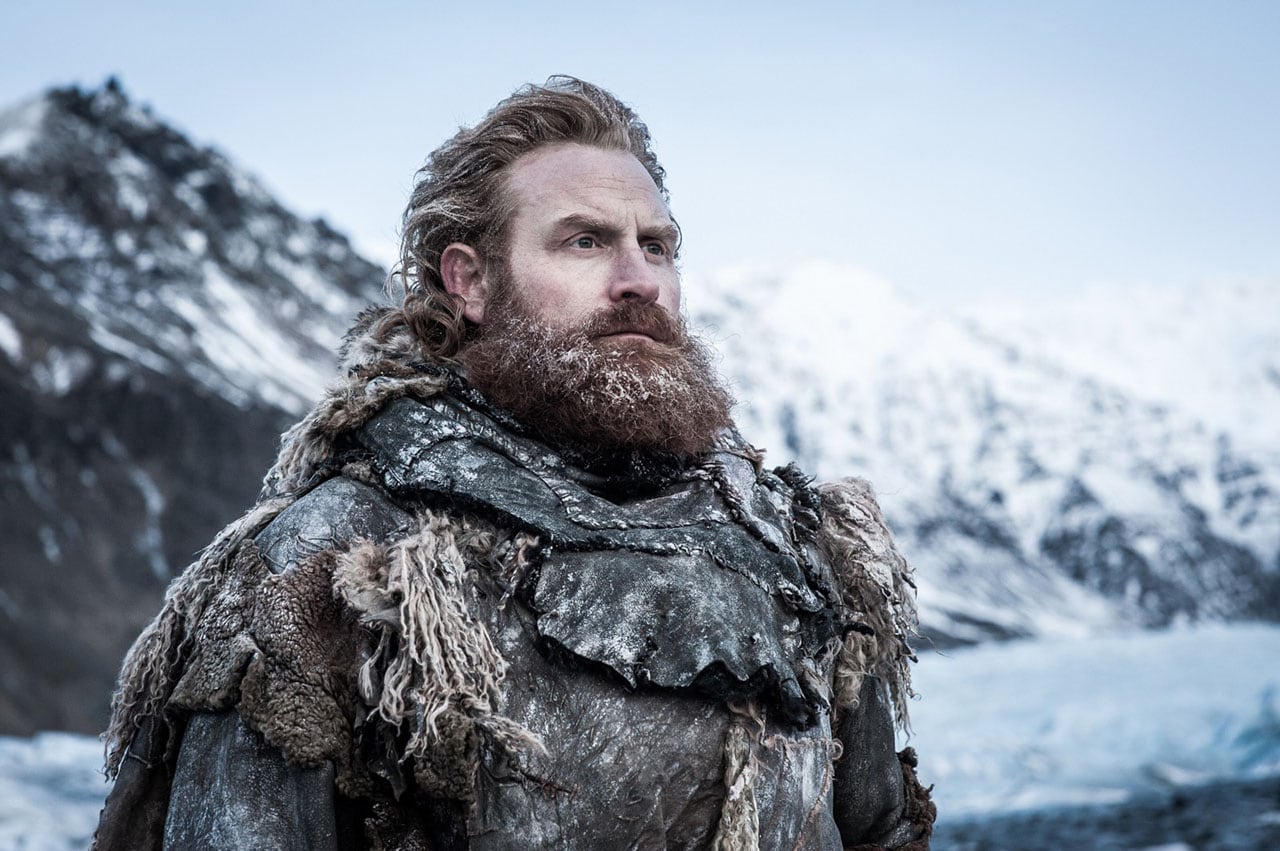 Arya’s story about her father
Even though getting into the story is a way for Arya to bring up Sansa’s letter - and her own frustration at being unable to save her family - from last week, it’s a wonderful memory in itself, one that could use retelling even in these modern times of ours.

Given she took 20-50 attempts to hit a bullseye, it’s clear that this happened before the first episode, in which she embarasses Bran Stark while he’s practising. After she got the bullseye, she heard clapping, only to turn around and find her father standing above her.

“I knew what I was doing was against the rules, but he was smiling so, I knew it wasn’t wrong,” Arya adds. “The rules were wrong. I was doing what I was meant to be doing, and he knew it.”

The fact that it’s part of a feud forming Arya and Sansa makes it a bit sad, though. We had hoped that the Stark sisters would be wise enough to see through Littlefinger’s scheming, but evidently not. 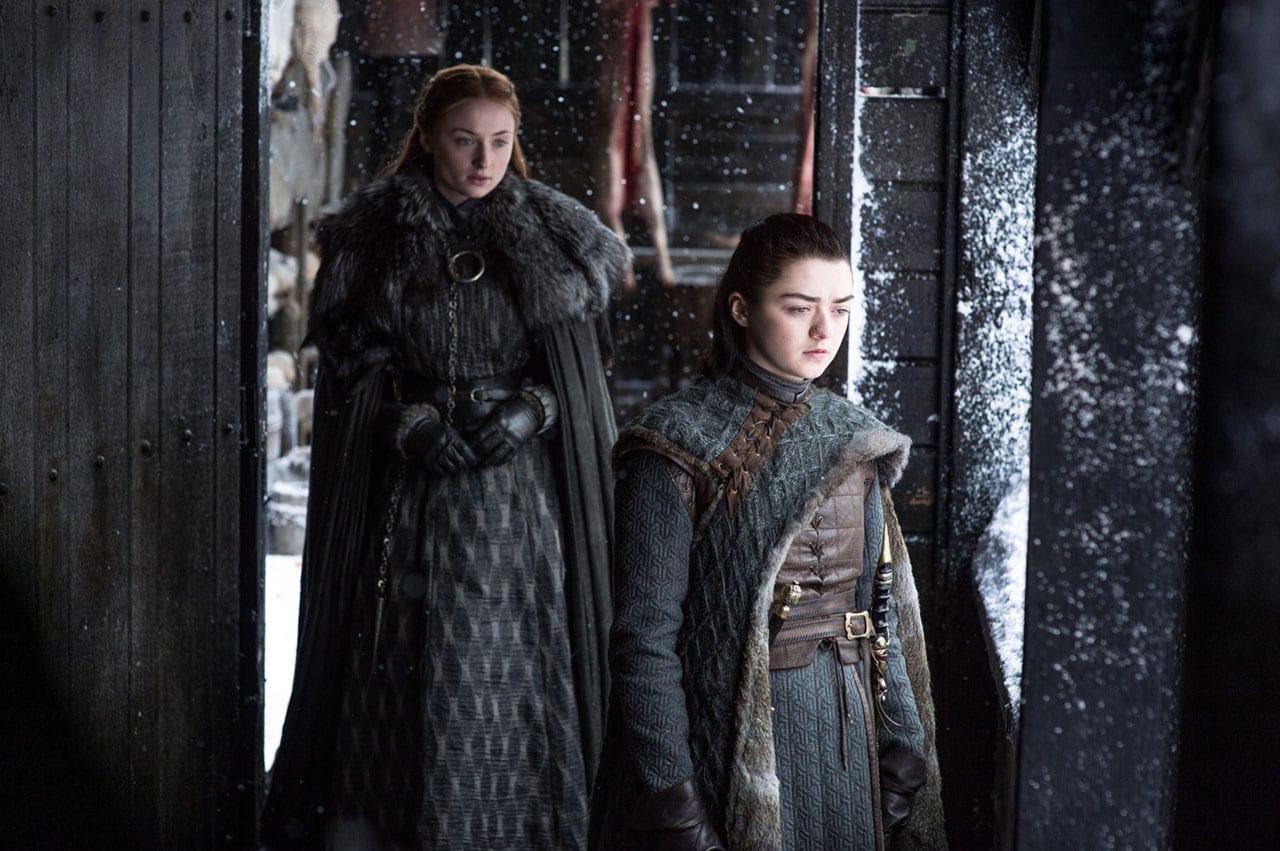 Time coming to a stop
After the captured wight alerted the others to their presence, the Magnificent Seven - minus Gendry - ran towards a clearing, being chased by hordes of the dead. The clearing turned out to be a lake frozen over, which cracked upon under the weight of the wights. Although hundreds initially drowned in, they eventually seemed to realise the futility, and stopped.

Given by the exchanges between the remaining men, it seemed a day or two had passed. In that time, Gendry ran back to Eastwatch, a raven flew thousands of miles to Dragonstone, and then Daenerys flew with her dragons to Beyond the Wall. It’s possible that they waited more than that - a Reddit user has even bothered to do the math - but it all seems purpose built to fit a storyline the writers devised.

Instead, given Bran’s ability to perceive things happening elsewhere, it’d have made much more sense for him to make use of his Three-Eyed Raven abilities to see the trouble Jon and his team were in, and then alert Daenerys much quicker. It’s more believable, and a lot cooler. 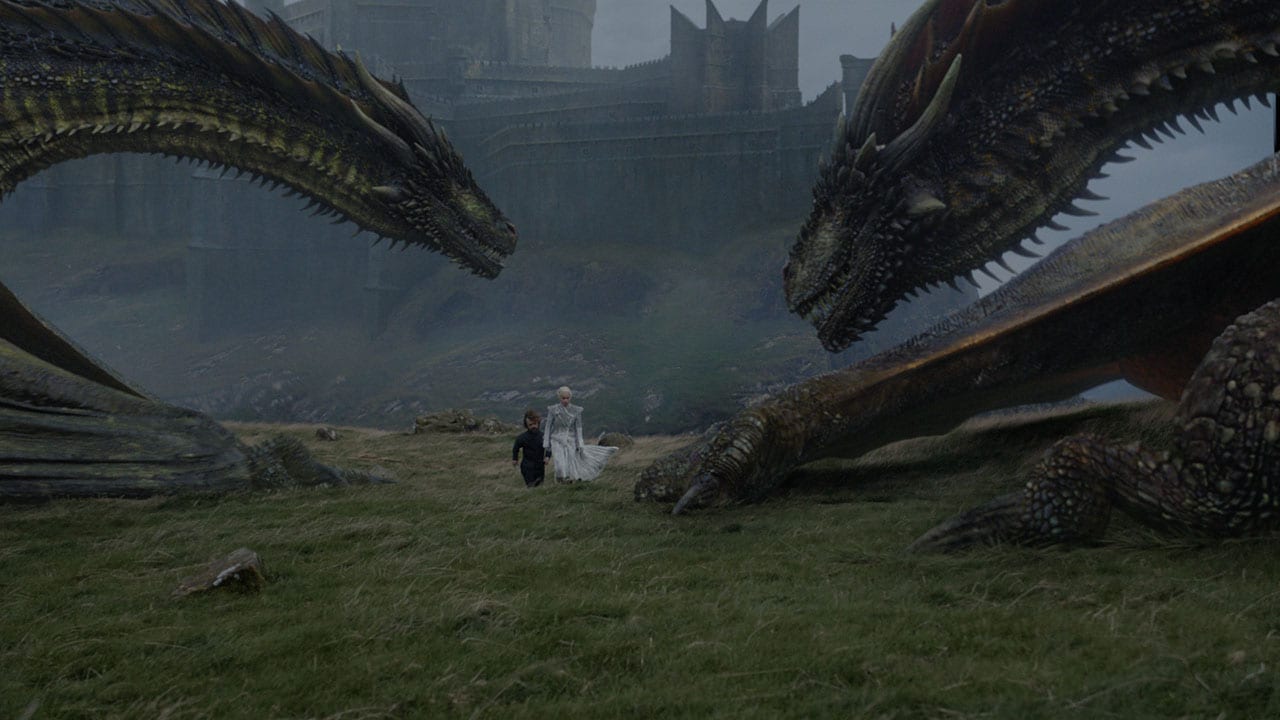 Dany and Jon’s heart to heart
An injured and battered Jon woke up to find Daenerys by his side as they travelled back to Dragonstone. He called her Dany, at which she smiled because no one had called her that in a while. Jon was also sorry about losing one of her dragons children, the only ones she’ll ever have, she reminded him.

More importantly, both understand each other’s side. Now that the Dragon Queen has personally suffered at the hands of the Night King, she agrees to defeat him together with Jon. The King in the North, for his part, says he’s ready to call her ‘My Queen’. Daenerys is moved that he’d give her that respect, despite his people choosing him as their leader.

“I hope I deserve it”, she says while shedding tears. Maybe Bran shouldn’t reveal his true parentage after all? That’s going to cause some awkwardness in this relationship in more than one way now. The scene seemed purpose built to culminate in the two ending up sleeping with each other, but the Game of Thrones writers chose not to go in that direction. For now. 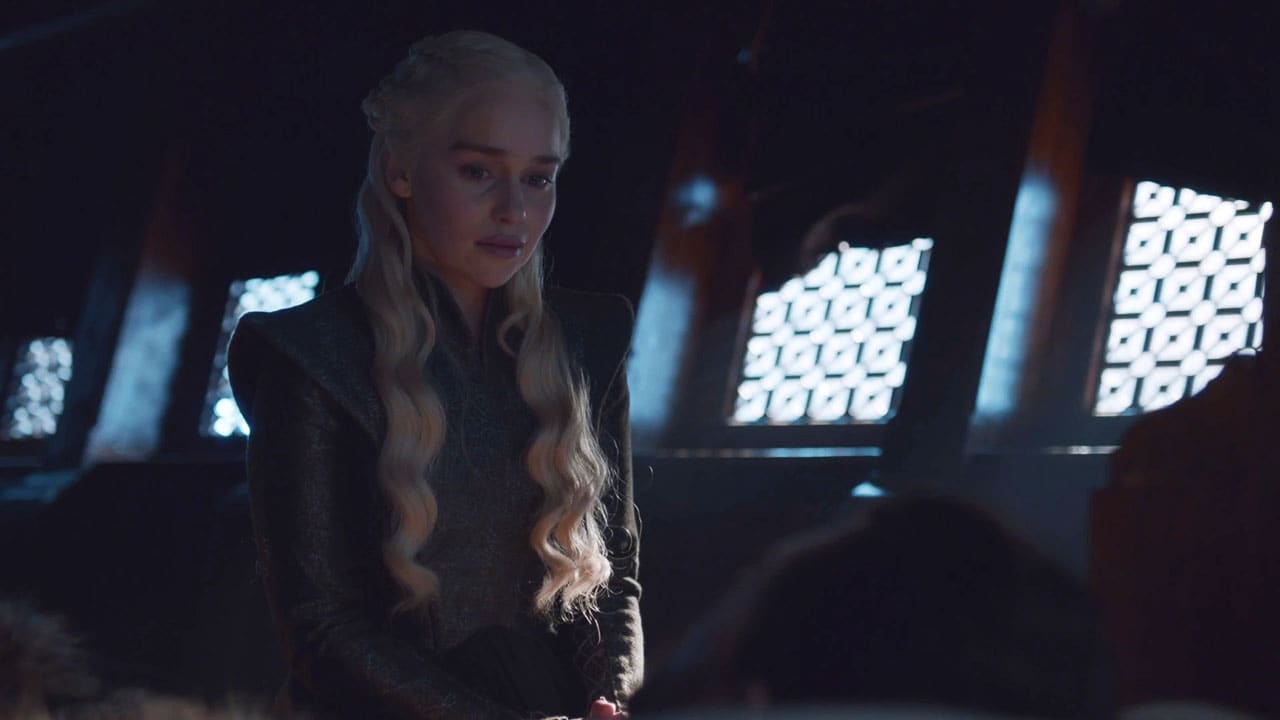 Night King is a javelin expert
While the trailers had told us Jon Snow and his friends would travel North of the Wall, nothing could’ve prepared us for Daenerys and all three of her dragons flying in to save the day. But only two made the return journey to Dragonstone, with the Night King claiming one for himself.

When he walked over dragon fire, it seemed he was going to fire at Drogon. But he chose to have a go at Viserion, with a throw that would put all Olympic athletes to shame. Instead of following a parabolic motion, the spear flew straight into Viserion. It seems the magical powers of the Night King are on par with the scorpion weapon devised by Qyburn.

The White Walkers Are Now Both More Powerful and Vulnerable

Either that, or the show has abandoned the pretense of any logic. While how he conquered the dragon seemed far-fetched, the moment Viserion’s eyes opened to reveal a blue colour was undoubtedly cool. So much of this season has been about levelling the odds, and now the White Walkers have an ice dragon.

Will undead-Viserion spit out blue fire like Godzilla, and help bring down the Wall? We’ll (hopefully) find out next week in the Game of Thrones season 7 finale.

Further reading: Game of Thrones, Game of Thrones season 7, HBO
Akhil Arora Email Akhil Akhil Arora covers entertainment for Gadgets 360, interviewing stars such as Christian Bale and Anurag Kashyap, covering series premieres, product and service launches across the globe, and looking at American blockbusters and Indian dramas from a global socio-political and feminist perspective. As a Rotten Tomatoes-certified film critic, Akhil has reviewed over 150 movies and TV shows in over half a decade at Gadgets 360. When he is not completely caught up with new film and TV releases, Akhil ...More
Jio Phone Bookings Offline, Nokia 8 Launch, Game of Thrones Leak, and More News This Week
Xbox at Gamescom 2017 - How to Watch Live Stream and What to Expect

product From a mind-boggling javelin throw to the creation of a new emotional bond, here are the moments of most significance in this week's episode.

Game of Thrones Season 7 Episode 6 'Beyond the Wall': The Top 5 Moments
Comment