Last week, Game of Thrones delivered one of the most one-sided battles we’ve been witness to, as Daenerys made use of (one-third of) her menacing aerial advantage to make a statement. She delivered an ultimatum to the surviving soldiers - bend the knee, or be burned alive - this week, which she followed through on, despite Tyrion’s protests.

“Eastwatch”, the fifth episode of the seventh season, had a lot more to offer: a huge revelation that will send ripples once someone puts two and together, and the return of a character that allowed the show’s writers to include a joke (“still rowing”) that turned into a meme long ago.

Game of Thrones Season 7: A Returning Character From Season 3 Has Important Connections With Both Arya and Jon

Here are the top five moments from this week’s episode, according to us. Spoilers ahead for Game of Thrones season 7, episode 5, ‘Eastwatch’.

How to train your Drogon
Fresh off his fiery presence in last week’s battle, Drogon had a more intimate moment after flying back to Dragonstone. As he lands, he tries to intimidate a waiting Jon Snow by roaring as loudly as possible. Drogon then leans in for a closer look, and bares his teeth.

Jon is hesitant at first, but then slowly moves his hand towards Drogon, and rests it on his face. The dragon seems to sense something in Jon - the audience knows Jon is half-Targaryen - as he closes his mouth, and gently shuts his eye. Daenerys, of course, is surprised at what’s occurring.

Book fans have been waiting for Jon to interact with dragons for almost two decades, and the sequence clearly suggests that Jon can handle them. We’ll just have to wait to see if the other two dragons, Rhaegal and Viserion, are equally friendly. R+L=J takes on another meaning
Although the Jon-Drogon interaction was interesting, the most revealing thing about Jon came in a throwaway moment that was easy to miss. At the Citadel in Oldtown, Gilly is poring over some books, while Sam is busy working on something else. She comes across some facts interesting to her, but Sam is still fuming over the day’s events.

You can see the exasperation clear as day on his face, and after listening to Gilly for a while, he reaches a breaking point and storms off. But right before he cuts her off, Gilly brings up the annulment of a marriage involving a ‘Prince Ragger’, who then remarried in Dorne. Prince Ragger is almost certainly Rhaegar Targaryen, the son of the Mad King, who was killed by Robert Baratheon, who would have gone on to become the king.

That means Rhaegar ended his marriage with Elia Martell, so he could marry another: Lyanna Stark, the woman he loved. In turn, that means Jon wouldn’t be a bastard anymore, but a true-born Targaryen. Hopefully Sam and Gilly packed that book as they left Oldtown. 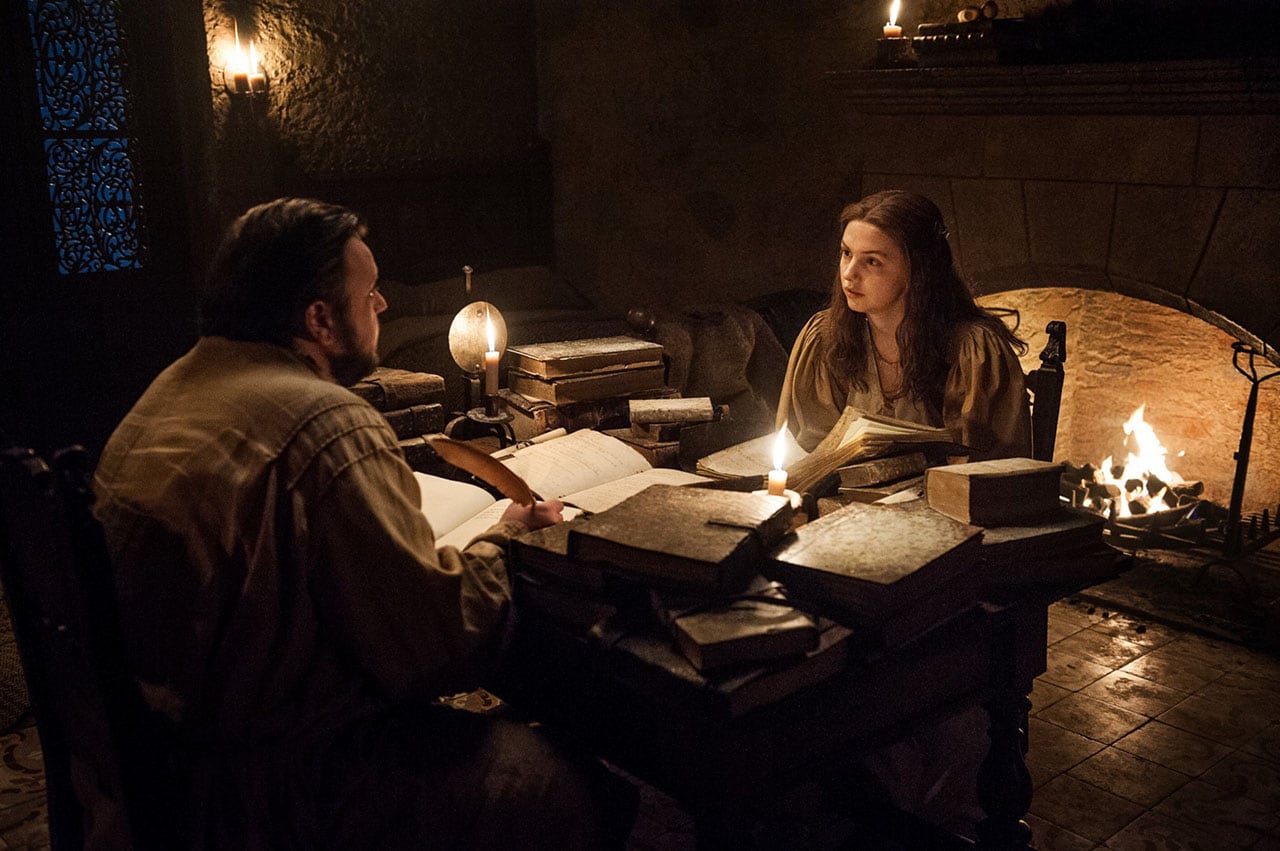 Cersei fights the prophecy
Back in the season premiere, Cersei had remarked that she was interested in launching a dynasty that would last a thousand years. Jaime rightfully noted: “A dynasty for whom? Our children are dead.” That changed this week, after the Queen revealed that she was pregnant.

It’s why Qyburn was visiting her, and it’s why she wasn’t interested in capturing Tyrion, even though she knew about Bronn’s arrangement. Now that she’s with child, any solution that buys her time is the best one. Cersei will gladly take an armistice, even though she doesn’t believe in the Army of the Dead.

The more interesting aspect here is that Cersei’s life has gone according to the prophecy until now. If the child is actually born, it’d break the prophecy as she was told she would have three children, who would all die before her. 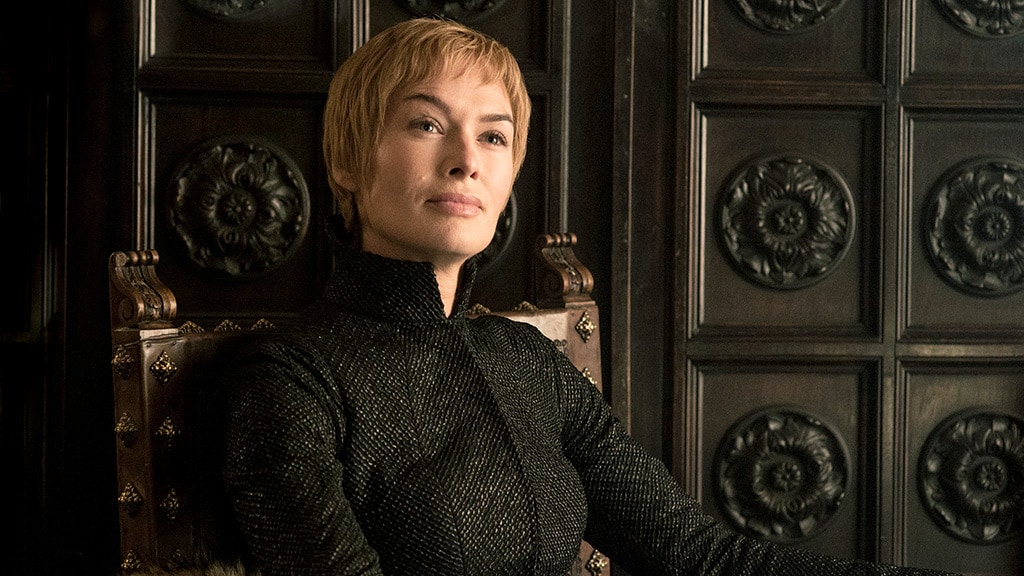 Littlefinger’s scheming takes shape
The Stark reunion isn’t turning out to be all that we thought it’d be. While Bran avoids everyone in his quest to know everything, there’s friction developing between the two sisters. While Sansa gave a disapproving look of Arya’s new abilities last week, it was the latter’s turn this week to question her conduct in the Winterfell hall, and occupy the chambers of their late parents.

Littlefinger, the ever-cunning manipulator, seems to have caught onto that. He unfurled a new master plan this week, to stoke those fires between the Starks. While Arya thought she was spying on Lord Baelish, he was fully aware of her presence as he went about setting up a trap.

The letter she finds is the one Sansa was forced by Cersei to write back in season one, which talks about Ned Stark’s “treason”, Lannisters “treating her well”, and asking Robb to “swear fealty to King Joffrey”. It’s meant to drive a wedge between Sansa and Arya, but hopefully the grown-up sisters will be able to see through it.

A magnificent seven
While Daenerys is slowly taking steps towards realising the threat from the North, she’s not ready to leave the country to Cersei, after fighting for six reasons to make it back to Westeros. Tyrion suggests a new plan though: what if Jon and his men could capture one of the undead and bring them to the South?

He thinks it’ll be enough to convince Cersei to turn her gaze towards the bigger issue at hand. The returning Jorah Mormont says he’d like to serve his Queen by helping Jon, to which she agrees. Gendry volunteers as well, and together they arrive at Eastwatch to meet with Tormund. There they find out the Brotherhood Without Banners has been put up in a cell. “Everybody has a good reason to hate everybody else,” co-showrunner DB Weiss said in the post-episode segment. The barbs do fly out one after the other, but Beric and Jon see eye-to-eye.

We’re all on the same side, Jon notes, because we’re all breathing. In an interview with EW, Gendry actor Joe Dempsie said that it’s a bit like “Avengers Assemble”, though we prefer to call them the Magnificent Seven: Jon Snow, Jorah Mormont, Tormund Giantsbane, Gendry, Beric Dondarrion, Thoros of Myr, and Sandor “The Hound” Clegane.

Further reading: Game of Thrones, Game of Thrones season 7, HBO
Akhil Arora Email Akhil Akhil Arora covers entertainment for Gadgets 360, interviewing stars such as Christian Bale and Anurag Kashyap, covering series premieres, product and service launches across the globe, and looking at American blockbusters and Indian dramas from a global socio-political and feminist perspective. As a Rotten Tomatoes-certified film critic, Akhil has reviewed over 150 movies and TV shows in over half a decade at Gadgets 360. When he is not completely caught up with new film and TV releases, Akhil ...More
LG V30 UX 6.0+ to Offer More Personalisation, Plus Variant and Pricing Leaked
Making BioShock in Mumbai: How Indiagames Developed the Feature Phone Version of the Landmark Game

product From an important divorce to a new ragtag team, here are the moments of most significance in this week's episode.