It's Monday morning and that means we're talking about another episode of Game of Thrones. Season seven of GoT has a shorter run, with only seven episodes, so after episode 3, we're already almost at the halfway mark for this season. The season's first episode, Dragonstone, was all about getting the pieces in place. By the second episode, Stormborn, the table was already being cleared, thanks to a brutal attack by Euron Greyjoy.

With Game of Thrones season 7 episode 3, The Queen's Justice, the cards are being shuffled and played out a lot more quickly, as we met some characters again (Tycho Nestoris, the representative of the Iron Bank of Braavos, played by Mark Gatiss), and a few more were killed off quickly, and castles changed hands like clockwork. The episode had its share of poisoning and a fair amount of what seemed like meta commentary too. Here are the moments that really stood out to us - and it shouldn't need saying, but there are a lot of spoilers for Game of Thrones S07E03 in the following article.

And poison for all
There were two important deaths by poison this episode. First, Euron brings his captives to King's Landing, where we're shown a long, drawn out parade, with the people cursing and throwing things at Ellaria and her daughter Tyene Sand, echoing Cersei's walk of shame. While he keeps his niece Yara as his prisoner, the other two are his promised gift to Cersei.

There's an uncomfortable scene in the dungeon where Cersei then talks to Ellaria and Tyene about how she's dreamed of the ways to kill them, before finally pulling off Tyene's gag and kissing her - poisoning her in the same way that Ellaria had poisoned Cersei's daughter. 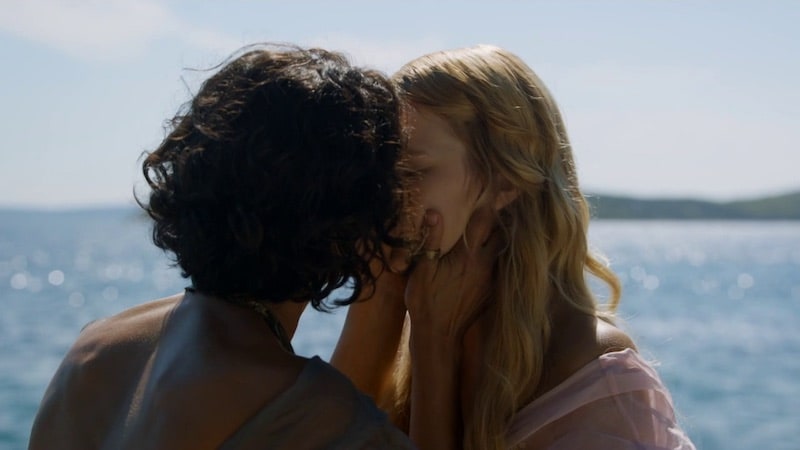 Meanwhile, at the end of the episode, Lannister forces take the Tyrell seat of Highgarden, and along with it, the Queen of Thorns, Olenna Tyrell. It's starting to look like being a Targaryen ally is the kiss of death, really. Defeated, Olenna asks how she's going to die, and Jaime Lannister offers her a painless death with a vial of poison in her wine. She drinks it down quickly, she has one last way to attack - she confesses to Jaime that Joffery's death was carried out on her orders, and asks him to tell Cersei about it as well.

The show's going meta
Game of Thrones has never been afraid of a little navel-gazing, and in season 7 episode 3, we got a lot of it. There were three different instances that really stood out though. First, when Jon Snow and Ser Davos, the Onion Knight, arrived at Dragonstone to meet with Daenerys, the Red Woman Melisandre says, "I've done my part, I've brought Ice and Fire together." Now, if you're a show-only fan, then you might not have gotten the importance of this, but the book fans know that the series isn't called Game of Thrones - it's A Song of Ice and Fire.

Then, there's Olenna's scene, where she confesses to killing Joffery. In doing so, she describes the death in detail, and then adds, "A shocking scene, definitely not what I intended." Does it perhaps sound like the show's creators also talking about the reaction to that scene? After all, it was gruesome enough that people felt bad, even though it was Joffery dying. What really felt like meta commentary though was the conversation between Euron Greyjoy and Jaime Lannister, after Euron gifts the Sands to Cersei. When Euron says that it's great to hear people cheer for him, Jaime remarks that the same people would cheer if Euron's head was on a stake next. Euron responds, "they just like severed heads, really," which sounds like a comment about the fanbase the show has.

Except of course, she's not - most fans think. It's not been made "official" yet, but as of the season finale last year, we pretty much know that Jon Snow wasn't actually Ned Stark's bastard, but rather, the child of his sister Lyanna, and Daenerys' brother Rhaegar. 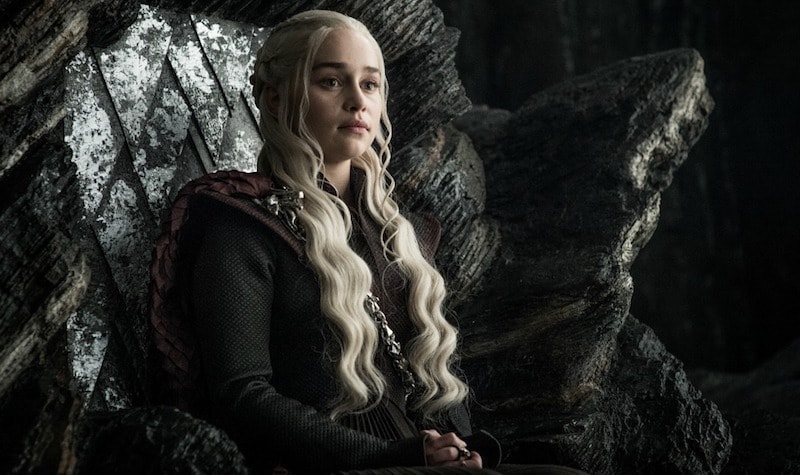 Based on that, Daenerys isn't the last Targaryen at all; in fact, Jon is her nephew, and everyone is now just hoping that he gets to ride a dragon.

Ser Davos is the best hype man
Daenerys Targaryen is the rightful Queen of the Seven Kingdoms, the Mother of Dragons, the Queen of the Andals, the Breaker of Chains, the Khaleesi of the Great Grass Sea and oh my God there are more titles still? When Jon walks in to her audience room, the Khaleesi's titles are dutifully recited, and then there's a moment of silence. 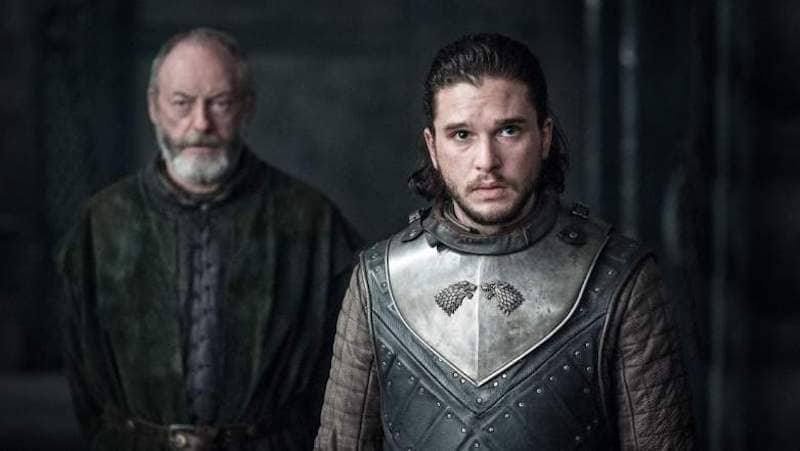 That's Ser Davos' time to shine - the Onion Knight says, "This is Jon Snow. He's the King in the North." One quick gruff statement, and then we're done. It's perfect, particularly because in the next line, Daenerys calls Jon Lord Snow, and Davos interrupts her to say, "I know I have a bit of a Flea Bottom accent, but I said he's the King, your Grace."

A Stark reunion
Bran arrives back at Winterfell from Castle Black, and we get a reunion between at least two of the Stark children. Hopefully, Arya will be reaching soon, and Jon will be back in one piece as well, so that we can get the promised Stark reunion.

On that note though - it seems that as the Starks level up, their faces also get more wooden - Bran sat with a faraway look while hugging his sister, much like Arya looked when talking to Hot Pie in the previous episode. Still, in Bran's case it makes sense - as he proved with his dialogue to Sansa, he's plugged in to the trees and can see everything, everywhere. He's like the only person in the Seven Kingdom's to have Internet access, of course his attention for the real world will be limited. 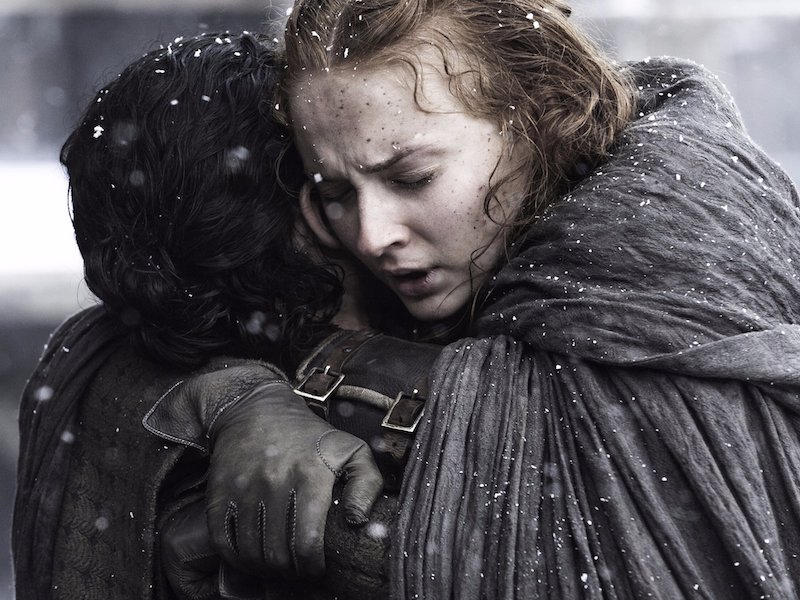 These were definitely the high points of episode for us, though it had some other great moments too. For one, as we mentioned above, Tycho Nestoris was back to provide an interesting external factor to the events at hand. Jon and Tyrion's conversation about the North was one of the few light moments where you could smile without being worried about what comes next.

Tyrion's knowledge of the sewers of Casterly Rock being plot-relevant was something fans predicted for ages, and Jorah being cured by Sam is only going to help cement the bonds between Jon and Daenerys. And Olenna's four-letter word description of Joffery was certainly perfect.

Further reading: Game of Thrones, GoT 7, GoT Season 7, Got S07E03, GoT recap, HBO, A Song of Ice and Fire
Gadgets 360 Staff Email Staff The resident bot. If you email me, a human will respond. More
Apple Says It Is Removing VPN Services From China App Store
To Beat Jio Dhan Dhana Dhan Offer, Vodafone Launches 'Campus Survival Kit' With 84GB Data

product Game of Thrones Season 7 Episode 3, The Queen's Justice, shows us what Cersei is capable of, as she clears the board of Targaryen allies, but with Jon Snow in Dragonstone, could a new member be added to Team Daenerys?