After last week’s table-setting opener, you’d expect Game of Thrones to blast off towards its conclusion now that we’ve caught up with all the players. But “Stormborn” - the second episode of the seventh season - is a deeper look at what goes into planning a war that involves so many moving pieces, and how easily things can go wrong when you’re short on intelligence.

At the end of season six, the major forces on a warpath were comically uneven. On one side, there was the newly-crowned Queen Cersei and the army of King’s Landing. On the other, we had Daenerys with the strong support of Highgarden and Sunspear, along with the Unsullied and the Dothraki. Plus, three giant dragons! The show needed to balance those odds, and “Stormborn” is very much an exercise in doing so.

Game of Thrones season 7 episode 2 contained a lot of other significant moments, for varying reasons. Here are the top five, according to us.

Note: spoilers below for Game of Thrones season 7, episode 2, Stormborn.

Arya meets Nymeria
After hearing from Hot Pie (which is a great moment in itself) that the Starks have taken back Winterfell from the Boltons, Arya decides to change course and head home. On her way north while making camp, her horse’s ears prickle up. As Arya takes out her sword to face what’s coming, a pack of wolves appear out of nowhere and surround her.

And from behind her steps a giant direwolf the size of a baby horse. It takes a few moments for Arya to recognise it’s Nymeria, the direwolf she chased away all the way back in season one, to protect her from getting killed after she bit Joffrey’s arm. There’s a glint in Nymeria’s eyes that seems to signify there’s a part of her which possibly recognises Arya back. Arya asks the direwolf to come home with her, but Nymeria eventually turns around and leaves.

The moment calls back Game of Thrones’ first season in more ways than one. As Nymeria departs, Arya says “That’s not you” which calls back to the time she rebuffed her father Ned Stark’s prediction of her becoming a wife to a great lord, and a mother to sons who will go on to become knights and lords with a simple “No, that’s not me”.

Arya now understands that Nymeria has taken up another role, and that being by her side isn’t who Nymeria is anymore. 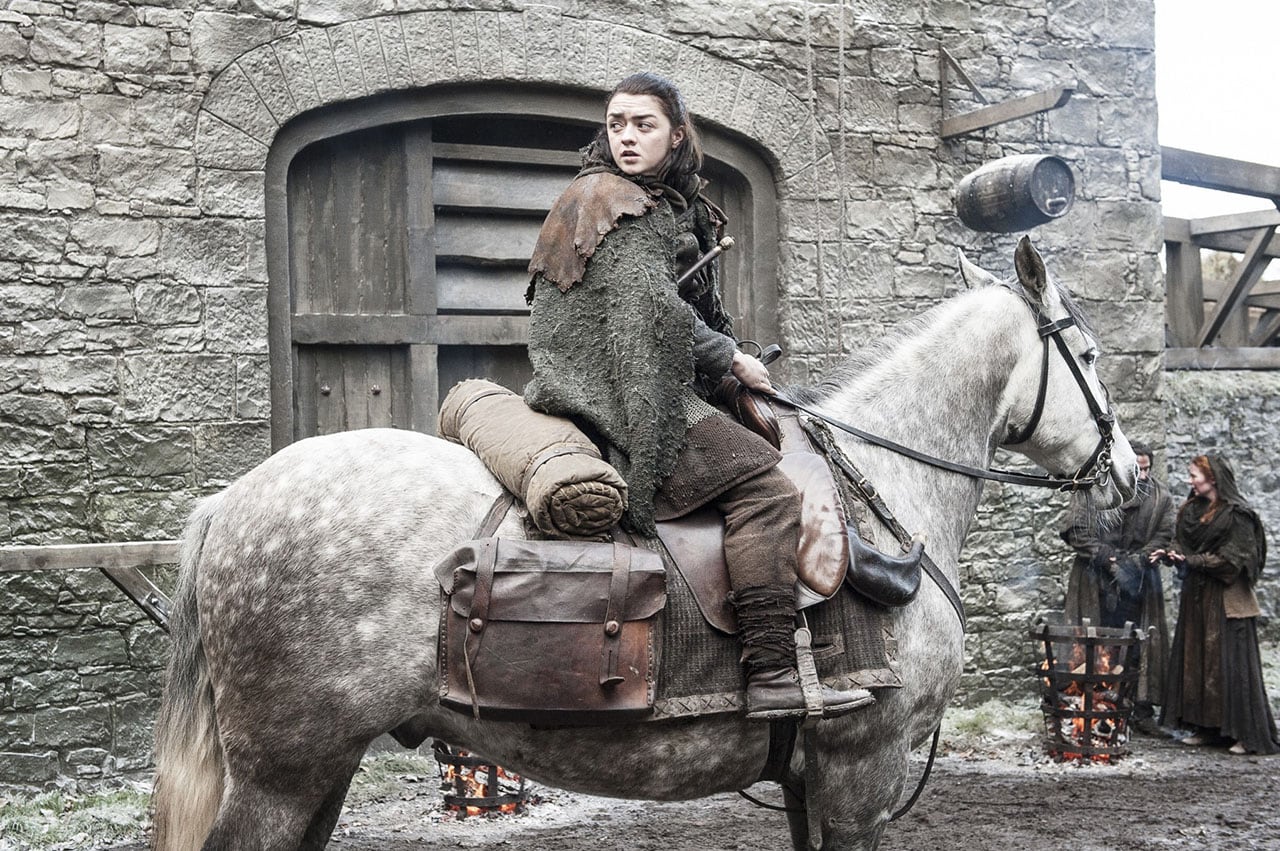 Grey Worm and Missandei
The bond between Grey Worm and Missandei has been slowly blossoming since the fourth season, be it the latter teaching him the common tongue, the former gazing at her in the pool, or the translator caring for the Unsullied leader after he was severely wounded fighting the Sons of the Harpy.

It reached another high this week with both of them opening their hearts to each other, as it’s revealed that Grey Worm must set out for Casterly Rock. Loving someone can be scary because you make yourself vulnerable, and Grey Worm’s touching anecdote about not having fears before he met Missandei is all that.

He explains that when they’re young, Unsullied are made to embrace their fears. He didn’t have any fears himself, but that changed when he met Missandei. They both now fear losing each other, and the heavy emotion culminated into them ending up in bed. Grey Worm was hesitant in letting Missandei undress him - the Unsullied are castrated as children - but the affection she showed allowed him to get over it.

Euron gets the gift he promised to Cersei
Game of Thrones season 7 episode 2 began where the first left off, with Daenerys and Tyrion in the Chamber of the Painted Table. Tyrion says there’s no point being queen of the ashes, to which Dany agrees. Later with their allies - Olenna Tyrell, Ellaria Sand, and Yara and Theon Greyjoy - they lay out their plan to take King’s Landing. Instead of attacking with foreigners (Dothraki and Unsullied) and three dragons, they’ll lay siege to the capital: the Tyrell army from the land, and the Dornish army from the sea-front. But the calculations do not factor in the wildcard that is Euron, and the thousands ships he constructed in an implausibly short time. On their way to Dorne, the Iron fleet is met by... the other Iron fleet. Unprepared, outnumbered, and outgunned, the Targaryen allies are either put to death - two of three Sand Snakes - or captured - Yara Greyjoy, Ellaria Sand, and her youngest daughter, Tyene. Theon, meanwhile, jumps into the water after seeing all the gore pushes him slightly back into his Reek persona.

Euron couldn’t have known that it would be this easy for him, but nevertheless he’s come away with a good first blow. Cersei should be pleased with Yara and Ellaria in captivity, which renders two big players useless. In turn, that means King’s Landing won’t be put to siege, and so the Targaryen army will have to rethink their strategy.

Varys justifies his shifting loyalties
While Daenerys is taking stock of her forces, she realises she never properly thanked Varys for bringing the two great houses - Martell and Tyrell - to their side. From there, she launches into an inquest of his past loyalties, which have shifted from Mad King Aerys to King Robert and then to Dany.

“If he dislikes one monarch, he conspires to crown the next one,” Daenerys tells the room. “Incompetence should not be rewarded with blind loyalty,” Varys retorts, before adding that she can either have him burnt by her dragons if she wishes, or let him live and serve her in ascending the Iron Throne.

Varys, along with Littlefinger, is one of the most conniving individuals in Westeros. Daenerys sees through his “my true loyalties lie with the people” act, and notes that’s it his own survival he cares for after all. She makes him swear that he will point out any Mad King-type behaviour to her face instead of conspiring against her, and she will have him roasted if he thinks to betray her. 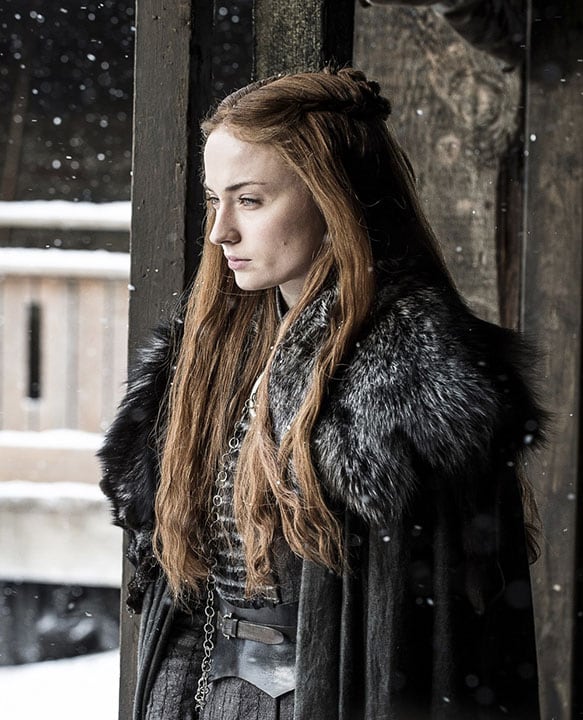 Sansa gets her rightful reward
Like the Game of Thrones season 7 premiere, we found ourselves in the Winterfell common hall with Jon explaining to the Northern lords what needs to be done. Now that they know the location of dragonglass thanks to Sam, he must attempt to convince Daenerys to fight the common enemy. Once again, everyone in the room objected, reminding him the last King in the North who travelled south never came back.

Sansa’s voice is among the loudest, as before. She says he’s abandoning their home, but Jon once again manages to convince everyone by saying he’s leaving it in good hands: hers. It’s a position that rightfully belongs to Sansa, to be fair. Were it not for her swift action in writing to Littlefinger for help, Jon would’ve ended up dead in the Battle for Winterfell last season.

But owing to her gender, the North overlooked her and instead anointed Jon as their new King. With Jon setting for Dragonstone, Sansa now has what she deserved all along.

Game of Thrones season 7 episode 2 'Stormborn' is now streaming on Hotstar and will air on Star World Premiere at 11pm on Tuesday, July 25.

Further reading: Game of Thrones, Game of Thrones season 7, HBO
Akhil Arora Email Akhil
Akhil Arora covers entertainment for Gadgets 360, interviewing stars such as Christian Bale and Anurag Kashyap, covering series premieres, product and service launches across the globe, and looking at American blockbusters and Indian dramas from a global socio-political and feminist perspective. As a Rotten Tomatoes-certified film critic, Akhil has reviewed over 150 movies and TV shows in over half a decade at Gadgets 360. When he is not completely caught up with new film and TV releases, Akhil ...More
Six Online Learning Portals to Continue Your Education or Pick Up New Skills
Google Outspent Every Other Firm on US Federal Lobbying During Past 3 Months

product From Arya's tearful reunion to Euron's roaring success, we look at the moments of most significance in this week’s episode.