Fast and Furious: Hobbs and Shaw Review: An Over-the-Top Action Showcase, Minus the Emotional Depth of the Series’ Zenith

Our Fast and Furious: Hobbs and Shaw movie review - read it before spending your money

A decade and four months ago, the Fast and Furious franchise was all but dead. The fourth eponymous entry — the second from director Justin Lin — had scored the worst reviews of the series yet, with criticism aimed towards the sheer CGI-ness of the action sequences amongst several other issues. But then surprisingly, Lin put Fast and Furious back on track with Fast Five, which became the franchise's first genuine hit and paved the way for future entries that rolled out as instant blockbusters. (The three films since have made more than two-thirds of the total earnings.) Fast and Furious is now big enough to warrant its own spin-off, and that's exactly what it's getting with Hobbs and Shaw, featuring the title characters played by Dwayne Johnson and Jason Statham.

Fast and Furious: Hobbs and Shaw review in detail

Fast Five didn't just hotwire Fast and Furious back to life, but it also began the franchise's slide into fantasy and sci-fi territory. Remember that endless runway in Fast & Furious 6? Or that jump between three buildings in Furious 7? Hobbs and Shaw director David Leitch — best known for Deadpool 2, Charlize Theron-starrer Atomic Blonde, and John Wick — knows that very well. And the writers — Fast and Furious veteran Chris Morgan, and Drew Pearce (Iron Man 3) — and he leans into that fully with the spin-off, which is not even coy about it anymore. The villain Brixton (Idris Elba, from Luther), is equipped with bleeding-edge tech that literally makes him superhuman. No wonder that he is a self-proclaimed “black Superman” or referred to as the Terminator by others.

To top it off, Brixton also has an autonomous motorbike at his command, one that can seemingly access satellite data and compute interception routes at a moment's notice. All this comes together to produce action sequences in Fast and Furious: Hobbs and Shaw that willingly discard physics and make them wholly cartoonish. That's on par for the franchise's later efforts, but the trouble for the Fast and Furious spin-off is that its set-pieces aren't cohesive. Rather than a scene that was conceptualised, extensively storyboarded, and then shot and cut to perfection — which Leitch did well on John Wick and Atomic Blonde, but not with Deadpool 2 — those in Hobbs and Shaw suffer from a lack of fluidity. And when the action doesn't flow beat-to-beat, it takes you out of the moment. In other words, you stop caring.

Fast and Furious: Hobbs and Shaw opens in London, as it introduces MI6 agent Hattie Shaw (Vanessa Kirby, from The Crown) — the younger sister to Statham's Deckard Shaw — leading a team to secure a deadly virus. Things go sideways after Brixton shows up to take the virus for himself, prompting Hattie to inject herself with it and escape. It's a good enough set-up for the two new characters whom the audiences don't know, as it establishes their credentials neatly and succinctly. It then switches to the ones most in the audience already know, giving us a look at what they've been up to. Hobbs spends time with his nine-year-old daughter who has questions about their family, while Shaw goes to the prison to see his mum (Helen Mirren, returning from Fast & Furious 8), who's itching to get out.

Pretty soon, the two are pulled in by the CIA to find the absconding Hattie, who's been branded rogue by the MI6. Both declare that they work alone and reject the idea of a partner. You don't need to have seen the previous Fast and Furious films Johnson and Statham have appeared in to understand why Hobbs and Shaw don't get along with each other, but the film plays better if you have. Naturally, they are forced to work together — the film's called Hobbs and Shaw for a reason — and it's their comedic, one-upmanship banter that powers nearly all the film's humour. After all, it's why Universal Pictures granted them their own spin-off. But that humour, while it may have worked in spades in previous mainline entries, wears thin in Fast and Furious: Hobbs and Shaw because it's the only thing on offer.

Morgan and Pearce clearly recognised that as well during the writing process, which explains the extended surprise cameos from actors Johnson and Leitch have worked with before — we won't say who they are — to provide additional humour support. But said cameos feel grafted onto the narrative as comic relief, and a recognition of facts that it's one-dimensional in itself and lacking the variety of the ensemble that usually powers Fast and Furious.

Meanwhile, Elba, with his fantastic sardonic delivery, only gets one opportunity to participate in the film's comedic elements. The rest of the time, he's forced to brood around like he does on Luther, working off very little story-wise except some beef with Shaw, and an evil mastermind's modulated voice that only shows up as the vertical bars of a music equaliser. Elba has such a captivating presence that you can't help but wonder what he would bring to a more laid-back Fast and Furious entry, and it's a shame that Hobbs and Shaw doesn't make room for him to transition into the bigger world. 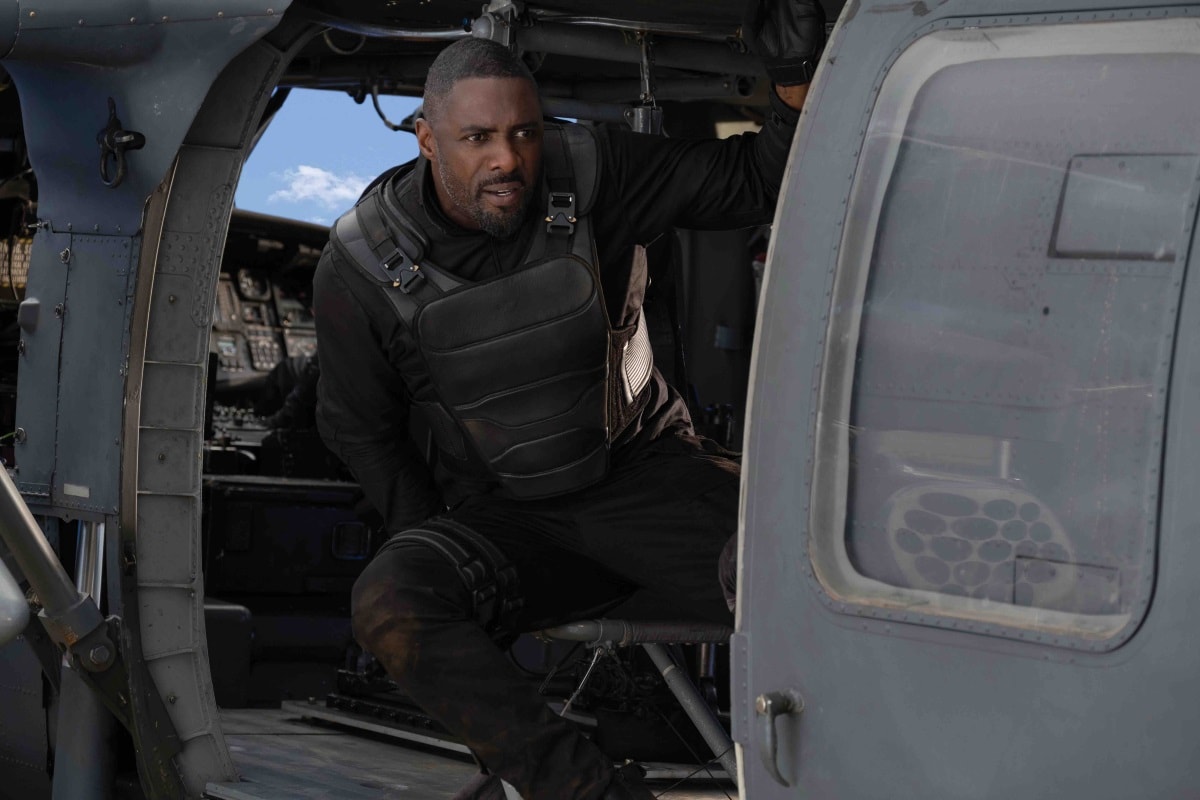 An additional problem is that the film fails to expand on the bonds that have driven the franchise's emotional core: (found) family. For one, Hobbs' daughter and Shaw's mother are tangential to the film. Sure, Shaw's sister is central to the plot, but this is the first time we're seeing them together. We have no shared history of their relationship. In an effort to bridge that family gap, Hobbs and Shaw transports its characters in the final act to the former's home on the island of Samoa — shot in Hawaii in reality — where Hobbs attempts to reconcile with those he abandoned. But there's little meat to that storyline.

And it doesn't help that without the rest of the Fast and Furious family present, the message also rings a bit hollow. It's possible that the ongoing feud between Vin Diesel and Johnson was to blame for that, with the latter admitting they share “a fundamental difference in philosophies on how we approach movie-making and collaborating”. (It's likely why Johnson isn't a part of Fast & Furious 9.) If that's why Diesel & Co. don't appear in Hobbs and Shaw, it's ironic that a franchise about a bunch of stubborn petrolheads who reluctantly team up with their worst enemies — Statham's Deckard was the villain two films ago — now can't find a way to resolve their real-world differences.

From a narrative standpoint, the only good thing Hobbs and Shaw does is that it never turns Hattie into a damsel in distress, even as the plot could've easily steered in a direction like that. That's a good step for the Fast and Furious franchise that has a notorious, troubled history with its on-screen representation, portrayal, and treatment of women. In fact, both the male leads regularly turn to women to save them in the film. Sadly, Kirby is the only one with on-screen prominence, with the other female actors — including Eiza González, of Baby Driver fame — reduced to cameos.

Lastly, though it feels futile to complain about logic in a franchise that gave up on it a while ago, Hobbs and Shaw willingly writes itself into a corner by putting a 72-hour timer on a catastrophic event. Most of that time is lost before the two leads even join up with Hattie, and then the film throws away more time by having its characters fly around the world, going from London to Russia to Ukraine, and then all the way to Samoa in the middle of the Pacific Ocean. By our calculations, that's easily more than a day and a half in the air. But this is Fast and Furious, so does it really matter? 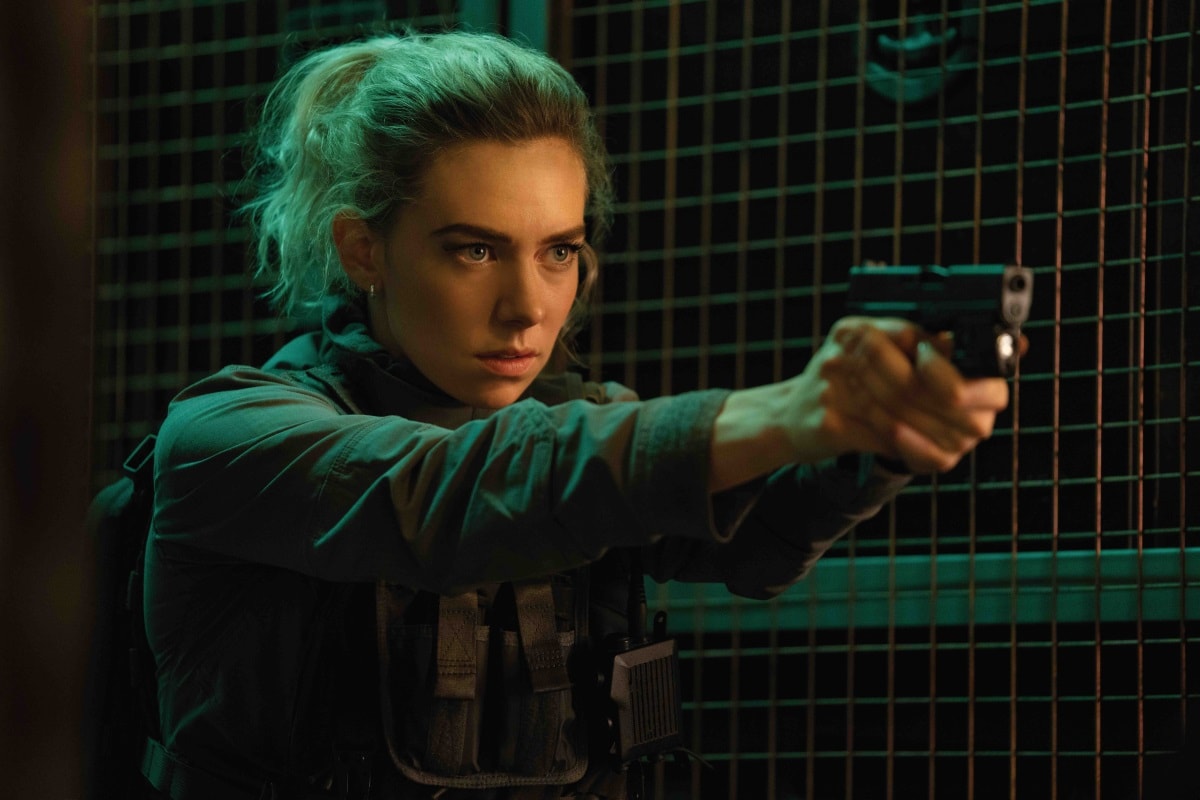 The bigger problem ultimately is that there's no real emotional engagement with the characters on-screen, which is why you find yourself noting such plot holes. Towards the end of the film, Hobbs declares they're all about people and heart, while Brixton is all about technology. And that's why they'll always win. You half fall for it in the moment because Johnson is just so sincere in his delivery. But Fast and Furious: Hobbs and Shaw has none of that people and heart, itself. It cannot espouse the philosophy it preaches because it's so interested and determined to be over-the-top that it essentially stands as a shiny spectacle crafted with the help of technology.

It's a far cry from the franchise's nadir, but it's also a far cry from its zenith. In the end, Hobbs and Shaw is a middling Fast and Furious entry — and that's not worth much at all.

Fast and Furious: Hobbs and Shaw is out now in India in English, Hindi, Tamil, and Telugu. There are three scenes during the credits, so stay in your seat till the end if you want to catch those.

Further reading: Fast and Furious, Hobbs and Shaw, Fast and Furious Hobbs and Shaw, Fast and Furious Presents Hobbs and Shaw, Dwayne Johnson, Jason Statham, Idris Elba, David Leitch, Universal Pictures
Akhil Arora Email Akhil
Akhil Arora covers entertainment for Gadgets 360, interviewing stars such as Christian Bale and Anurag Kashyap, covering series premieres, product and service launches across the globe, and looking at American blockbusters and Indian dramas from a global socio-political and feminist perspective. As a Rotten Tomatoes-certified film critic, Akhil has reviewed over 150 movies and TV shows in over half a decade at Gadgets 360. When he is not completely caught up with new film and TV releases, Akhil ...More
Google Blocks Websites Certified by DarkMatter After Reports
Turkey Moves to Oversee All Online Content, Raises Concerns Over Censorship