In the first five minutes of Doctor Strange, director Scott Derrickson gives us the wildest and strangest look at the Marvel Cinematic Universe yet, rivalling every moment seen in any of the previous 13 instalments. Even for an ever expanding franchise that regularly sees immeasurable power, demigods from different realms and individuals warping reality, the scene is far out there. It's oddly comical that Benedict Cumberbatch's Stephen Strange gets his introduction in a surgeon's garb only moments later, tapping his feet to Chuck Mangione's 1977 Grammy-nominated hit Feels So Good.

Strange – or as he prefers it, Dr. Strange – is a highly-ambitious egotistical neurosurgeon at a New York hospital, who fixes people up while showing off in front of his lesser colleagues at work, and zooms about at dangerous speeds in a Lamborghini Huracán. Naturally, (and because any origin story demands pain and suffering) Strange ends up as a patient in his own hospital after a ghastly car accident.

And it’s the worst possible kind of affliction – irreparable nerve damage – which means Strange is nearly useless anywhere near the operating table. His search for a cure leads him to Nepal (the comics’ preference for Tibet had to be scratched to please China), where he encounters the Ancient One, portrayed by a flawless, indubitable, and completely bald Tilda Swinton.

As a man of medicine and science, Strange is clearly wary of the Ancient One’s promises, but the man is in for a rude awakening. Derrickson’s visual depiction of the mystic world – and its limitless possibilities – is a wild kaleidoscopic ride full of bright pop colours and dream-like imagery. At one moment, hands start to appear out of Strange's fingers, continuing in a recursive fashion. It’d more be in place in an 1960s acid-rock music video than the MCU, and it’s a refreshing change for the series. 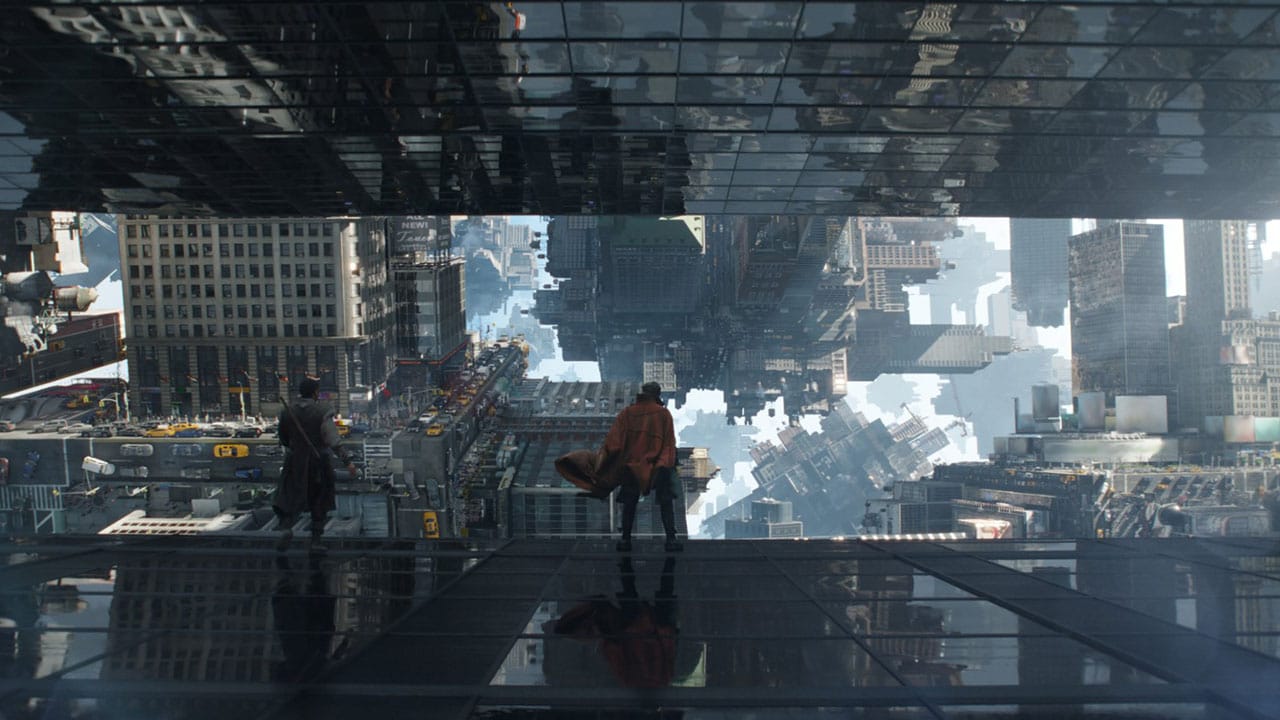 It’s this constant innovation on the visual parameter that distracts from what is otherwise a humdrum storyline that we’ve seen all too many variations of – even in the Marvel world itself. Here is a genius, rich, overly-confident, white middle-aged man who is pushed to the limits in order to repair his body, and then ends up with more power than he knows what to do with. Remember Iron Man?

Thankfully, in place of the endless fist-fights, streams of bullets, and over-the-top explosions, screenwriters C Robert Cargill and Derrickson himself prove rather inventive with their action sequences, even if some of the ideas are borrowed. A mind-bending scene in the film’s latter half is a twisted marriage of Inception's world-folding ideas, and its hallway fight scene. Things get much weirder in Doctor Strange though, with the city of New York divided into different planes in a claustrophobic fashion, each with its own gravity, and elements broken apart and joint together in unimaginable shapes.

Elsewhere, in the climactic sequence, the film offers two perspectives on time – and in neither does time flow in a linear fashion – which finds Strange relying more on his brain cells than the damaged ones in his limbs. By doing so, Doctor Strange is able to shift away from some tropes. Save one fight sequence midway through the film, in which an in-training Strange seems to be taking on more than he ought to be capable of, the film is clever enough to balance events towards the former on an intellectual-brawn scale, lest Strange feel like another iron-fisted, caped superhero. Even the cape itself – the most senseless of things for most costumed vigilantes – gets its own comical entry, while saving Strange from serious matters such as impending death on several occasions.

Others aren’t so well served. One scene finds Strange fighting with an antagonist’s minions in the astral dimension, but apart from being translucent and traversing through his ex-lover Christine Palmer (Rachel McAdams), the assailants still keep crashing into walls which makes the whole thing seem a bit stupid and hokey. 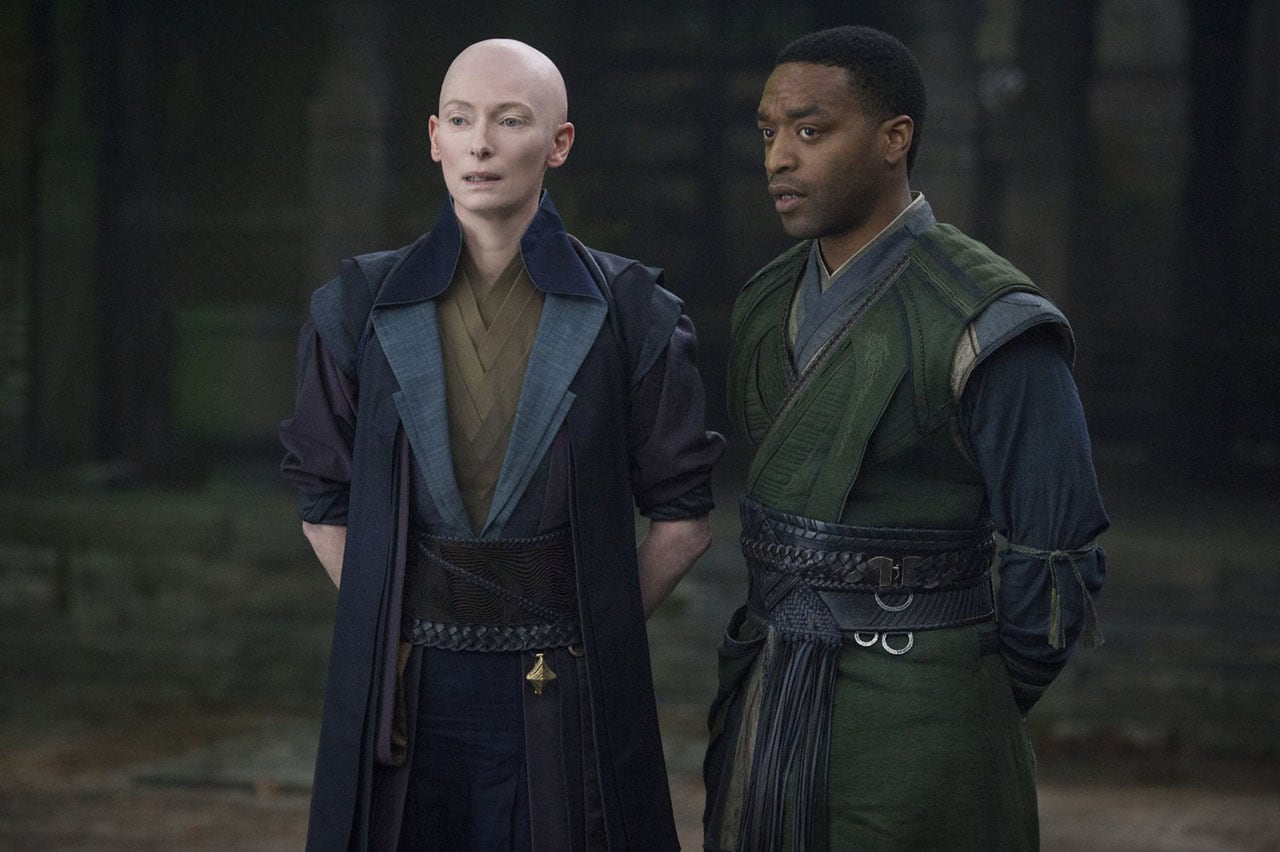 (Also see: Avengers: Age of Ultron Is Everything You Wanted It to Be)

Then there are the issues with character depth, which affects everyone outside of Strange and the Ancient One. Palmer might just be the MCU’s weakest love-interest written yet, which is almost an accomplishment in a world that has already given us Natalie Portman’s Jane Foster (in Thor). McAdams is virtually side-lined after the film’s start, and only comes back later to act as an audience surrogate of sorts. Chiwetel Ejiofor’s Karl Mordo, a fellow student at the mystic facility in Nepal, isn’t given enough material to work with. He does make an appearance in one of two sequences during the credits, so stay put through to the very end if you’re invested in the bigger MCU picture.

On top of that is the villain Kaecilius, for which the brilliant Mads Mikkelsen seems terribly wasted. Given how the Danish actor is capable of bringing great nuance to his roles – see the TV series Hannibal for reference – the one-note nature of the character and chance set-up of his face-off with Strange are a disservice to Mikkelsen, particularly after Derrickson admitted that MCU villains have a poor track record.

Doctor Strange works great as a standalone film, and its visual inventiveness is a breath of fresh air, as most films in the MCU have tended to come from a cookie-cutter approach these days. While Strange might be similar to Stark in some ways (and the film’s plotline has parallels to another rich playboy), at the same time the movie does give Marvel a character to lead the Avengers if Robert Downey Jr were to walk away, or the character to be phased out. 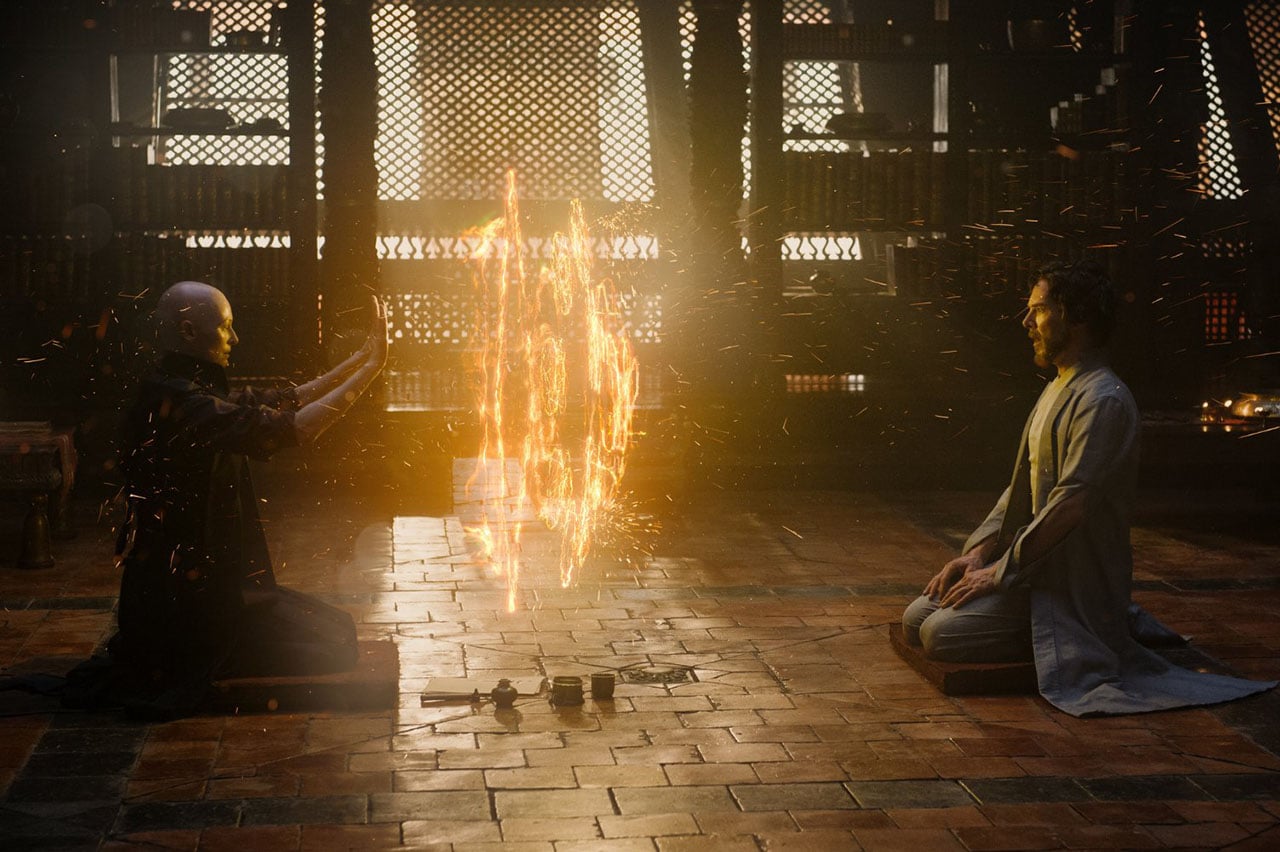 (Also see: Guardians of the Galaxy Proves That Marvel Is the Pixar of Superhero Movies)

Sure, the level of wizardry on display in Doctor Strange is never explained too well – there’s a levitation cloak, time-altering artefact, odd-shaped knuckledusters, and parallel dimensions in the mix – but when it’s all done with such splendour and a dash of fun, it feels rather pointless to complain.

"This doesn't make any sense," Strange remarks at one point. "Not everything does, not everything has to," the Ancient One retorts. Let Marvel worry about integrating Doctor Strange and his world-altering powers into the rest of their universe. The rest of us can reminisce about the fact that the 2016 superhero-movie calendar has been saved by a (literal) sprinkle of magic.

Further reading: Doctor Strange, Benedict Cumberbatch, Marvel, MCU
Akhil Arora Email Akhil
Akhil Arora covers entertainment for Gadgets 360, interviewing stars such as Christian Bale and Anurag Kashyap, covering series premieres, product and service launches across the globe, and looking at American blockbusters and Indian dramas from a global socio-political and feminist perspective. As a Rotten Tomatoes-certified film critic, Akhil has reviewed over 150 movies and TV shows in over half a decade at Gadgets 360. When he is not completely caught up with new film and TV releases, Akhil ...More
LinkedIn India Head's Fastest Partnership Was With the Modi Government
LeEco Le X850's Impressive Specifications Revealed on Certification Site