The Defenders on Netflix Doesn’t Pack Enough of a Punch

(L-R) Jessica Jones, Iron Fist, Daredevil, and Luke Cage in a still from Marvel's The Defenders

Marvel's The Defenders is a Netflix show. We're not talking about where you can see it (though of course, that's also the case), but rather, how the show unfolds during its first few hours.

Since Netflix releases entire seasons at once, more and more creators have tended to take a serialised approach for their shows, where the full season is envisioned as an eight/ ten/ thirteen-hour movie, and then broken down into three chunks to resemble the three-act structure. That goes in the face of the old TV model, where the purpose of a pilot was to hook viewers, and ensure that they return in the following weeks. Netflix – and Marvel TV – seem to believe that viewers don't need any enticing when the next episode is already waiting for them.

Because of this, Marvel shows on Netflix – Daredevil, Jessica Jones, Luke Cage, and Iron Fist – have never had a stand-out opening hour. It's only a few episodes in, usually around the end of the first act, that the season turns exciting. And having seen half of The Defenders' eight episodes, we can tell you that crossover has those same exact problems.

It’s further exacerbated by the fact that the Marvel get-together is so tightly woven into the existing stories of its four characters that the writers need time to bring together the work of four different showrunners. And in trying to be organic about the whole process, The Defenders' first two hours feel exactly like four different shows running in parallel to each other.

Note: spoilers below for all previous seasons of Marvel-Netflix shows.

There's Matt Murdock (Charlie Cox) dealing with his early retirement, after what happened with Elektra at the end of season two, and his two close friends Foggy (Elden Henson) and Karen (Deborah Ann Woll) aren't really a part of his life anymore owing to his decisions. Jessica Jones (Krysten Ritter) is still reeling from Kilgrave’s death, and her newfound popularity is attracting business for Alias Investigations, which she tries her best to avoid. Luke Cage (Mike Colter) has been released from jail, thanks to Claire (Rosario Dawson) reaching out to Foggy.

Defenders starts off where Iron Fist left off, with Danny (Finn Jones) and Colleen (Jessica Henwick) trying to figure out who killed everyone in K'un-Lun. As they are chasing a man through some sewers, they come across a hooded woman who looks a lot like Elektra (Élodie Yung). The last time we saw her, her dead body was put in an ancient casket. After she stabs their only lead and then disappears, the dying man tells them the real war is in New York.

The premise of Defenders revolves around The Hand, a criminal organisation that had a role to play in Daredevil last year, and a much bigger part in the first season of Iron Fist. Sigourney Weaver plays Alexandra, who we are told comprises one of the five fingers – the founding members – of The Hand. She’s behind the massacre at K'un Lun, and she has big plans for New York, somewhat along the lines of Ra's al Ghul’s plans in Batman Begins, judging by what we’re told.

Since The Hand has infiltrated virtually every industry, it allows the show to slowly mix the lives of our street-level heroes. After Jessica reluctantly accepts a missing person's case, she ends up in the crosshairs of Alexandra, and Misty Knight (Simone Missick), who's been promoted to a city-wide task force after her heroics in Luke Cage. Matt gets involved after Foggy, now working for Jeri Hogarth (Carrie-Anne Moss), is told to keep an eye on Jones. Luke's investigations into who is mysteriously recruiting Harlem kids - that then end up dead - puts him on the road to meet Danny. 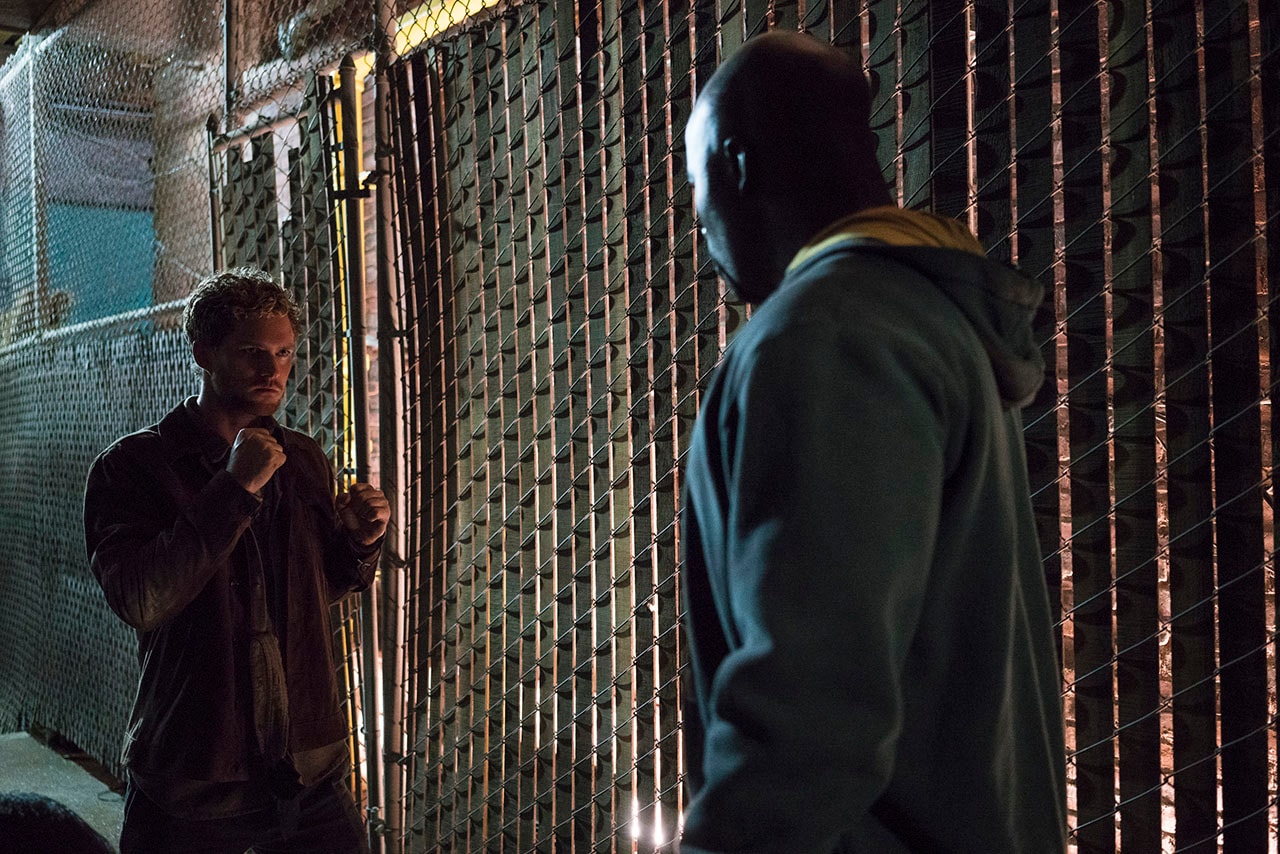 Finn Jones as Danny Rand, and Mike Colter as Luke Cage in a still from Marvel's The Defenders
Photo Credit: Sarah Shatz/Netflix

For both Daredevil and Iron Fist, the stakes are much more personal. Elektra has been brought back from the dead by The Hand, and she’s now called the Black Sky, which was hinted at late in Daredevil season two. Alexandra and Elektra have a strange mother-daughter relationship, and she refers to Elektra as the “vessel”, implying that the woman who lived inside is now gone. For Danny, The Hand was behind the death of his parents, and his failure in being the protector of K’un-Lun haunts him. Moreover, Alexandra is interested in capturing Iron Fist for an untold reason, possibly to create a weapon out of him.

Of the four heroes, Daredevil's internal conflicts are presented in the most clear and relatable fashion, which obviously has something to do with the fact that Defenders showrunner Marco Ramirez also served in the same capacity for season two of Daredevil. As for Jessica, though she’s lacking a stronger narrative than being the reulctant hero, she gets nearly all the best lines, contributing to more than a few laughs in the process, which is made better by Ritter's dry delivery.

Given the poor quality of writing in Iron Fist, handling Danny was always going to be the toughest part for Defenders. Pitting him up against Luke Cage is a smart move on the creators' part – the combination also pays a homage to their relationship in Heroes for Hire comics – and the latter's outspokenness allows the Defenders to confront the various problems at the heart of Iron Fist, including his privilege as a white billionaire. The writers are also able to mine some humour out of the pure outlandish nature of Danny’s past, which involve a dragon and a glowing fist.

The show also gets in a few digs at the concept of superheroes itself, mainly through Jessica. Early in the season, when her best friend Trish Walker (Rachael Taylor) tries to stress upon the importance of what she did, Jessica cuts her off in the middle of the sentence, and tells her not to use the H-word. Later, when Danny brings up the idea of forming a team, she’s the first one to say no. And when Luke tries to convince her to stay, she gives off multiple eye-rolls before getting in a jab about costume fitting. 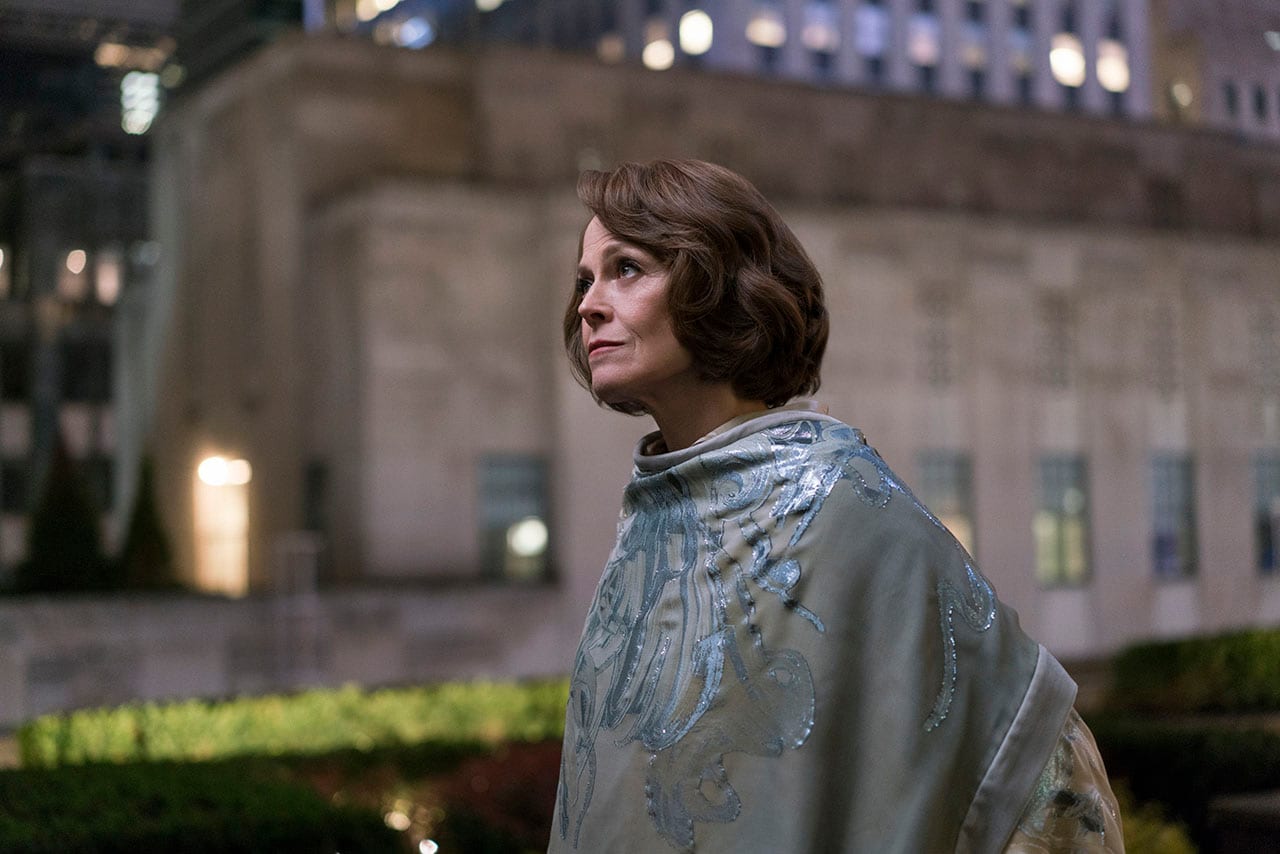 Sigourney Weaver as Alexandra in a still from Marvel's The Defenders
Photo Credit: Sarah Shatz/Netflix

Alexandra is written as an omnipresent villain who enjoys solo meals and orchestra performances when she’s not wreaking havoc on a city. Early on, we are told that she's suffering from an illness and the doctors give her a few months to live. It’s clear that’s what's driving her, and she’s willing to level a city for a chance to live just a little longer. But her preference for not getting her hands dirty tends to detach Weaver from the story, and though she is a dominating screen presence, Defenders doesn’t give her enough to sink her teeth into.

Another issue for Defenders, one that was also faced by its big-screen counterpart The Avengers, can be that it demands previous viewing of all four shows. That can be a lot for some people, given a total of 65 episodes have already aired. And if you were one of those who skipped Iron Fist owing to the terrible reviews it received, there are parts of Defenders right from the beginning that will make a lot less sense.

Ultimately, though the Marvel mini-series may be a slow-burn, it’s genuinely fun to see the four characters – Matt, Jessica, Luke, and Danny – play off each other, be it while conversing or fighting. Every new topic puts two or more among them at odds with each other, even as they’re all trying to do the same thing: help the people of New York. With their disparate talents, the show can craft action sequences that the standalone entries couldn’t have sustained.

At the same time, Marvel’s The Defenders thrusts them into a different dynamic than they are used to, while ensuring that each character’s motivation and participation is true to their personality. It doesn’t quite come together in the way you’d want it to, but there’s every chance that the season’s second-half will pack more firepower.

Further reading: The Defenders, Marvel, Netflix, Daredevil, Jessica Jones, Luke Cage, Iron Fist
Akhil Arora Email Akhil Akhil Arora covers entertainment for Gadgets 360, interviewing stars such as Christian Bale and Anurag Kashyap, covering series premieres, product and service launches across the globe, and looking at American blockbusters and Indian dramas from a global socio-political and feminist perspective. As a Rotten Tomatoes-certified film critic, Akhil has reviewed over 150 movies and TV shows in over half a decade at Gadgets 360. When he is not completely caught up with new film and TV releases, Akhil ...More
TRAI to Begin Consultation on Mobile Apps Seeking User Data
Apple Secretly Working on Car Batteries With Chinese Firm: Report

product The Defenders is culmination of Marvel's four superhero shows and it is available on Netflix August 18.