Thanks to a terrific turn from Vincent D'Onofrio as the antagonist Wilson Fisk, solid writing that fleshed out characters, and explosive fight sequences — including that famous four-minute long take in a dark hallway — the first season of Daredevil released in 2015 was a great beginning for the Marvel universe's grounded, street-level stories on Netflix, even if it suffered from the familiar problem of Marvel bloat at times. And after a less-than-satisfying second season involving ninjas and occults, which possibly got side-tracked in setting up the crossover miniseries The Defenders — they shared showrunners in Doug Petrie and Marco Ramirez — Daredevil season 3, now in the hands of Erik Oleson (Arrow), partially hits the reset button and goes back to what worked so well on its debut.

Outside of Luke Cage's Misty Knight (Simone Missick) losing her arm, the events of The Defenders haven't had a lasting impact on any Marvel-Netflix series that we've seen since, including the sophomore runs of Jessica Jones, Luke Cage, and Iron Fist. All three titular heroes came away with little more than a scratch and hence carried on like nothing happened, picking up where they left off with their individual stories from the debut season. That wasn't the case for Matt Murdock (Charlie Cox), though. He nearly died after a building collapsed on him and his former flame Elektra Natchois (Élodie Yung) in The Defenders finale but was shown to have somehow survived albeit confined to a bed.

Daredevil season 3 begins right where the crossover ended, and briefly explains how the devil of Hell's Kitchen survived and ended up in the basement of a church, being tended to and nursed back to health by nuns. It seems that Elektra didn't share his fate and a distraught Murdock, who is so heavily incapacitated that he can't even hear or smell properly in the early going, starts to reflect on the motivations behind his actions, the consequences they led to, and the true weight of his accomplishments. Having dealt with Catholic guilt all his life, Murdock posits he was deluding himself that he was doing God's work in helping people, with his inability to bring real change causing the lawyer to lose all faith in a higher power and forcing him to reckon with the fact that his vigilantism was self-serving.

Murdock's fears are exacerbated when he learns that Fisk is being let out of prison, having agreed to become a cooperating witness for the FBI, thereby negating the work he and his friends Foggy Nelson (Elden Henson) and Karen Page (Deborah Ann Woll) did in season 1 to put him behind bars. Through Fisk's reinvolvement with the show, Daredevil season 3 brings in the two big new additions to the cast: FBI agents “Ray” Nadeem (Jay Ali, from The Fosters), whose given name is Rahul but no one calls him that except his family likely because Americans are generally terrible at pronouncing Indian names, and Benjamin “Dex” Poindexter (Wilson Bethel, from Hart of Dixie), an expert marksman that will ring bells for the show's comic book fans.

It's the commitment to character development, and the way it's handled especially with Poindexter, that lifts Daredevil season 3 above its Marvel-Netflix peers. A 15-minute monochromatic segment midway through the season offers a unique take on how to do flashbacks, as Fisk shifts through tapes and transcripts to gain insight into Dex's childhood and lonely upbringing, from being in an orphan boys' home to finding a surrogate mother of sorts in a therapist. Owing to that, Poindexter's personal breakdown becomes more relatable and makes you empathise with the character, even as he slowly turns into the season's secondary villain who can easily go toe-to-toe with Daredevil. Fisk's slow corruption of the FBI agent has shades of Joker-Harvey Dent from The Dark Knight, and you can all but hear Fisk recite the line about madness and gravity in his head.

The show's recurring stars — new addition Sister Maggie (Joanne Whalley) in particular, and the existing duo of Nelson and Page — benefit from the thought-out writing approach as well. Maggie isn't what you'd expect from a nun; she's not interested in pulling Murdock to the ways of God or decrying the violence he pursues. Having known him through his teenage years, she knows he will walk the path he wants regardless, and hence there's a humorous, biting edge to her advice that Whalley fully leans into. With so much of the show wallowing in darkness and regret, it's a delight to have her around. As for Foggy, Daredevil season 3 gives us the first welcome peek into his family while he tries to find purpose career-wise, and the writers hook into loose ends related to Page that had been left unexplored in the past. 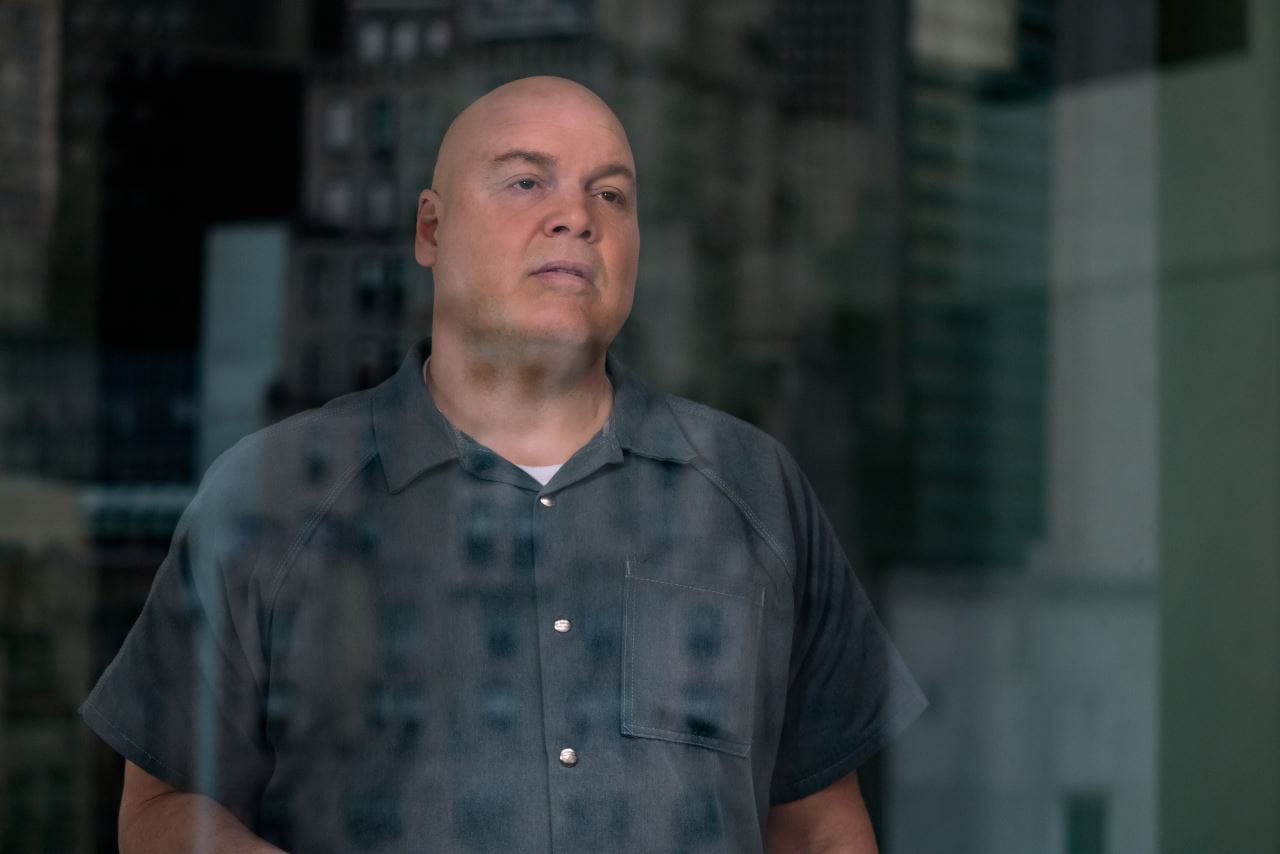 But the best part of the new Daredevil season — which is also bound to be the most impressive and memorable — are the fight sequences, courtesy of new stunt coordinator Gary Stearns who has previously worked on The Amazing Spider-Man and its sequel, and the first Thor movie. The show benefits from having a weakened Daredevil which brings increased stakes to the action, while Oleson and Stearns conceptualise a couple of breath-taking set-pieces during the first half of Daredevil season 3 (that's what critics had access to), one being the first conflict between Poindexter and Murdock that finds the two trying to outwit each other while the other tops the hallway scene from season 1.

What begins as a homage to that turns into a nightmarish walkthrough of a prison riot, involving dozens of actors including Cox and lasting for 10 minutes, over twice as long as the previous one. And unlike last time, it's not only brightly lit for the most part — that makes it tougher to conceal stuff — but also doesn't make use of any gimmicks such as actors disappearing behind walls which would allow the Daredevil star to switch with stunt doubles. It's exhilarating, special, and impossible to look away from. When Cox starts to visibly huff and puff, it doesn't feel like he's acting anymore.

If there's a problem with Daredevil season 3, it's that it's a little slow in the early going — hopefully, the second half of the season won't drag things out — and feels like a male-dominated show across the board. Losing Elektra is part of that equation and it doesn't help that the two main cast additions — Nadeem and Poindexter — are both men. But that can't take away from what is a return to form for the series as it delivers stunning combat, new characters that feel like have always been there, and makes Daredevil question his responsibilities, his purpose, and his nature. In a year the other three — Jessica Jones, Luke Cage, and Iron Fist — have wavered between middling and disappointing, Daredevil shows how it's done.

Further reading: Daredevil, Marvel, Netflix
Akhil Arora Email Akhil Akhil Arora covers entertainment for Gadgets 360, interviewing stars such as Christian Bale and Anurag Kashyap, covering series premieres, product and service launches across the globe, and looking at American blockbusters and Indian dramas from a global socio-political and feminist perspective. As a Rotten Tomatoes-certified film critic, Akhil has reviewed over 150 movies and TV shows in over half a decade at Gadgets 360. When he is not completely caught up with new film and TV releases, Akhil ...More
How Uber Quietly Raised $2 Billion
Boeing's New Business Targets Computers Modelled on Human Brains

product In the third season of Marvel’s Daredevil on Netflix, Matt Murdock crawls back from the dead to face returning villain Wilson Fisk, who’s working the FBI to exact revenge on the former.