Tired of Superhero TV Shows? You Should Check Out Cloak & Dagger

In many ways, Marvel's Cloak & Dagger is like other TV projects that are part of the studio's overarching cinematic universe. It's centred on teenagers coming to grips with their newfound powers, just as with Runaways which premiered late last year, though thankfully they are not battling any evil parents. The powers of one of its two leads are drawn from the Darkforce dimension, which will ring a bell for Agents of S.H.I.E.L.D. viewers but much more so for fans of the short-lived Agent Carter, where it became the central focus of season two. And it's got a direct connect with Luke Cage, in a female detective who moved from Harlem and was friends with Misty Knight.

At the same time, Cloak & Dagger is also very different in two major ways. For one, the show is set at the southern tip of the US in the city of New Orleans, a far cry from the metropolitan hubs of New York and Los Angeles that pretty much cover every Marvel show yet. That gives it not only a different visual flavour but also the chance to introduce a locale that hasn't been done to death. Cloak & Dagger creator Joe Pokaski – known for his work on the sci-fi superhero drama Heroes – goes to lengths to weave the city's history and folk tales into his storylines, drawing on disasters such as Hurricane Katrina, the importance of Mardi Gras and the associated tribes, and the lasting influence of French colonialism.

The second difference, which has a bigger influence on the show's narrative, are the unique superpowers of the central duo: Tyrone Johnson (Aubrey Joseph) and Tandy Bowen (Olivia Holt). Though they are never referred with their comic-book avatars – Cloak and Dagger, respectively – they do have many of the same special abilities as in the illustrated pages. That includes being able to teleport for the former and fashion daggers made of white light for the latter. But what makes them unique are their secondary powers, wherein they can access certain parts of people's minds by simply touching them. While Tyrone can see their fears and darkest moments, Tandy can see their hopes and desires. 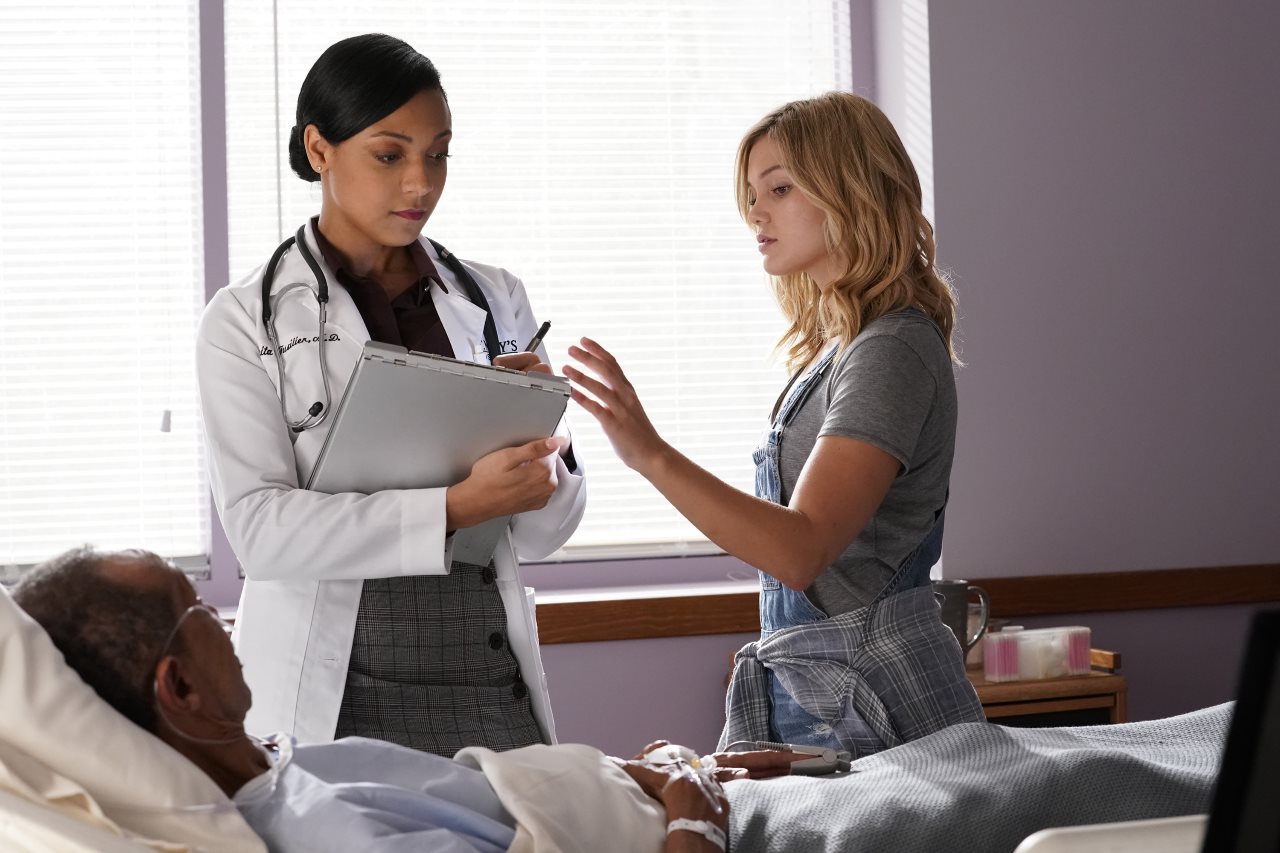 This is put to good use throughout the first season of Cloak & Dagger – available on Amazon Prime Video in India – as the two young leads figure out the extent of their powers and how to use it to their advantage. From the writers' standpoint, it allows them to quickly flesh out supporting and ancillary characters in ways that wouldn't be possible on other shows, considering Tandy and Tyrone are essentially accessing people's dreams and nightmares. And because they don't have to based on real events unlike flashbacks – one scene involves a young Tandy (Rachel Ryals) as faux-priest handing out Rohypnol, colloquially known as the date rape drug, as communal bread to various men – it brings a psychological edge to the story as the characters are developed further.

The option to enter minds and see different takes on events that can't be witnessed by the two leads or easily told becomes a fascinating narrative device the further the season progresses. Its best use, admittedly, comes in the seventh episode "Lotus Eaters" as Tandy and Tyrone together enter the mind of Ivan Hess (Tim Kang), a close friend of Tandy's late father Nathan Bowen (Andy Dylan), to save him from his catatonic state. Instead of seeing hopes and fears, they relive his last memories of the rig explosion over and over, and have to figure out how to fix things. Time-loops are inherently interesting, but it's helped by a few factors on Cloak & Dagger.

For one, it's the first time they have to work together, which provides a peek at what the inevitable partnership will look like. Tyrone is able to wield his teleporting powers at will (but only because he's in someone's mind), and it's fun to see Tandy and him take down those that stand in their path. And the writing is smart enough to find an emotional way out of the time-loop. Tandy ditches the cause after she finds she can talk to her dead father in each loop and even attacks Tyrone when he tries to stop her, but she comes around after realising it's only the version Ivan knew and instead helps him remember his own daughter Mina Hess (Ally Maki), which contributes in saving him. 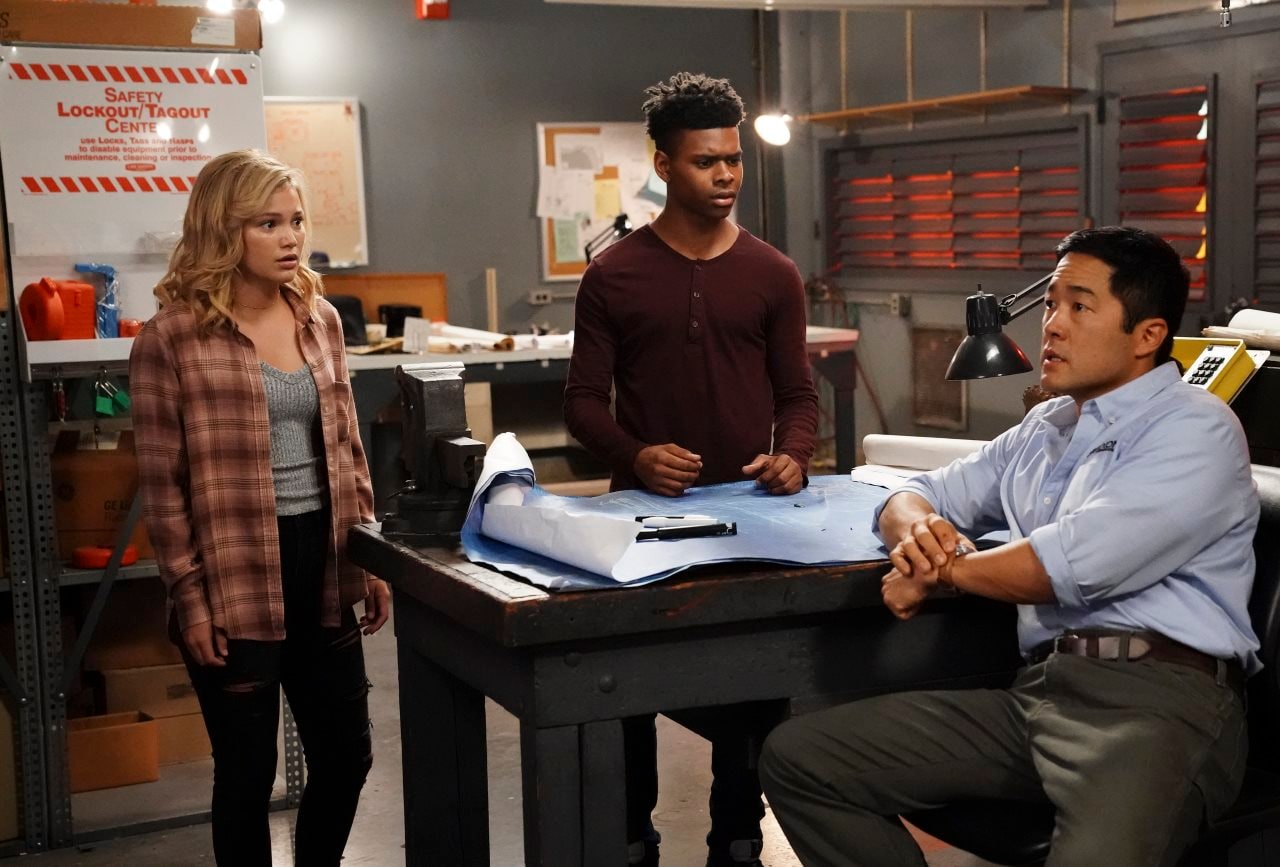 Cloak & Dagger benefits by focusing on its central mystery, the explosion of the rig owned by Roxxon Gulf, which led to the deaths of Tandy's father and Tyrone's brother, and gave the kids their powers after they ended up in the same lake and were hit by an energy pulse. The first season picks up almost eight years after the incident and puts the two leads on a collision path, initially through sheer coincidence but then afterwards using their psionic link, which developed when they fell into the lake. It manifests in various ways, including Tyrone unintentionally teleporting to Tandy's location when he's stressed and the two able to probe into each other's memories without being in physical contact.

Nearly every supporting character – except the cop who knows Misty, Brigid O'Reilly (Emma Lahana) – is connected in some way or another to the rig explosion, thereby ensuring that the momentum doesn't shift away from the main plot. Cloak & Dagger does have its share of problems, with background music driving the show too often early on – the fact they are mostly good tracks helps a little – in addition to slow pacing for the first half of the season, and a tendency to take leaps of logic without providing enough connective tissue to make it seem reasonable.

It's also got some wink-wink moments that can come across as a little too on the nose. The season's penultimate episode, "Back Breaker", is literally a filmmaking class, with the ongoing story events intercut with a school teacher talking about the hero's journey and why people are so interested in storytelling ("The story isn't about them. It's about us," he says at one point, which is as direct as can be). Another time, during a conversation with a female character, O'Reilly disappointedly remarks that they were "so close to passing the Bechdel test".

Her character's transformation at the end of the season finale is likely her crime-fighting persona, Mayhem, which means the show will have a new superpowered character when it returns next season. It's done a commendable job so far of handling the two at its disposal, be it dealing with their childhood trauma and how their lives have progressed since or the fact that they are inexperienced and likely to fail at times. And by not forcing them straightaway into the romantic relationship they have in the comics, Cloak & Dagger is letting its protagonists develop a different dynamic, with help from the unique link between their minds.

product Cloak & Dagger, the newest TV show from Marvel is centred on two superpowered teenagers – Tandy and Tyrone – who are linked together in mysterious ways.

Tired of Superhero TV Shows? You Should Check Out Cloak & Dagger
Comment