Even Nagesh Kukunoor Can’t Save Hotstar’s City of Dreams

An original series for originals' sake.

Siddharth Chandekar as Ashish, Priya Bapat as Poornima in City of Dreams

With City of Dreams, the National Award-winning writer-director Nagesh Kukunoor (Iqbal) is taking on a genre — political thriller — he hasn't attempted before, as he said so himself in a statement last week. The Hotstar series deals with dynasty politics, an Indian tradition that goes beyond the country's independence from British rule, through the lens of two siblings vying for control in the wake of an assassination attempt on their father. And with the 2019 general election in full force, City of Dreams — set in Mumbai, whose nickname it borrows, and out Friday on Hotstar — seems set to ride the political wave that's going around India.

Were any of this written with some nuance or depicted with directorial finesse, they might have complemented the main narrative. But that's expecting too much from City of Dreams, which has no command over style, tone, or messaging. The central thread focuses on the two siblings, the hot-headed brother Ashish Rao Gaikwad (Siddharth Chandekar, from Classmates) and his level-headed sister Poornima Rao Gaikwad (Priya Bapat, from Aamhi Doghi), whose relationship starts to fall apart as the two tussle over the decisions being made while their father, Ameya Rao Gaikwad (Atul Kulkarni, from Rang De Basanti), lies comatose.

Filling in time and expanding its fictional world are several supporting characters. There's has-been cop SI Wasim “Encounter Wasim” Khan (Eijaz Khan, from Yeh Moh Moh Ke Dhaagey), who lost his reputation back in the underworld days and sets out on a boilerplate redemption arc. Sachin Pilgaonkar (Nadiya Ke Paar) has a minor role as Maharashtra CM Jagdish Gurav, who doesn't want Wasim anywhere near the Gaikwad investigation for fear of losing the upcoming elections. Another secondary storyline involves call centre operator Gautam (Vishwas Kini, from Veere di Wedding) fed up with his job, who has a chance conversation with a prostitute, Katrina (Amrita Bagchi, from Phobia), who's linked to the crime. 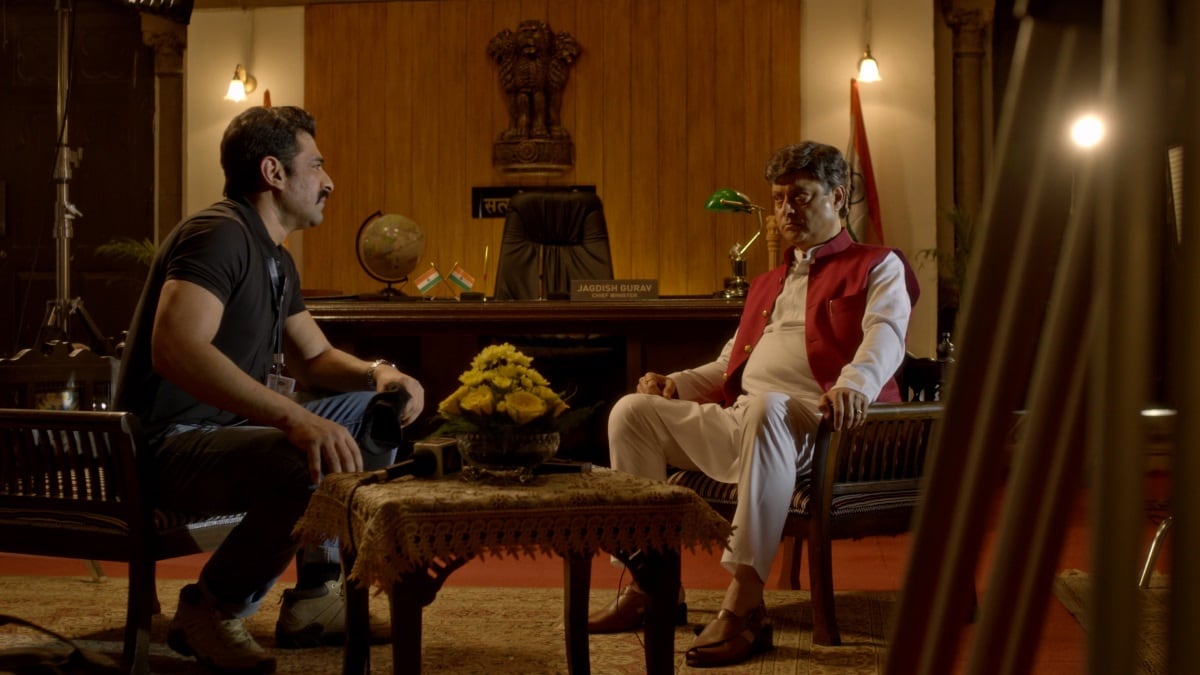 There are powerful ideas at play in City of Dreams. Poornima has quietly played the role of a docile woman right through college and adulthood, dropping out of a student body election and becoming a housewife, because that's what her father wanted. But when she sees her brother being callous and toying around with the Gaikwad legacy, she eventually decides to stand up and make herself heard in the patriarchal Indian society. In a reminder of that status quo, Ashish calls upon the brother-in-law in one scene to remind his sister who wears the pants in the family.

But mere acknowledgement of social issues by having ideas in the dock doesn't automatically translate into layered depictions. The writing in City of Dreams fails to craft moments or scenes that would advance any of the storylines in a meaningful way. Moreover, the show needlessly repeats information that the audience already possesses, not across episodes but within the same one 15 minutes apart, as if it's expecting the viewer to not bother paying attention or be suffering from short-term memory loss. All that is compounded by over-the-top theatrical direction in some scenes, whose unnecessary use of slow-motion and background music takes you back to ‘80s Bollywood.

It's strange to think that an award-winning director in Kukunoor could produce such lacklustre work, even if he is operating outside his traditional genre space. In an early scene, City of Dreams wants to show that Ashish, lounging around in the bathtub with a woman, has a foot fetish. The scene is clearly meant to be erotic, at least for a subset of viewers, but it just comes off as extremely awkward. The poor craftwork extends to the show's look as well, with cinematographer Aamir Lal opting for such flat lighting and low contrast that it renders the whole thing mundane. Just because you can retain every detail in a shot, thanks to the dynamic range of today's cameras, doesn't mean you should.

And then there are the technical troubles. The first three episodes — that's what critics had access to, out of a total of 10 episodes — have at least two continuity errors. On one occasion, two characters' mobile phones display different times of the day (11:05am and 6:46pm) even though it's all happening close to real-time. A second time, a child sleeping between his parents is moved to one side by the father but he's then entirely missing from the bed shortly after. And in what amounts to a minor issue but is reflective of the creators' gratuitous decisions, there's a shot of three flyovers criss-crossing each other over the water in the opening credits, which doesn't exist anywhere in Mumbai. 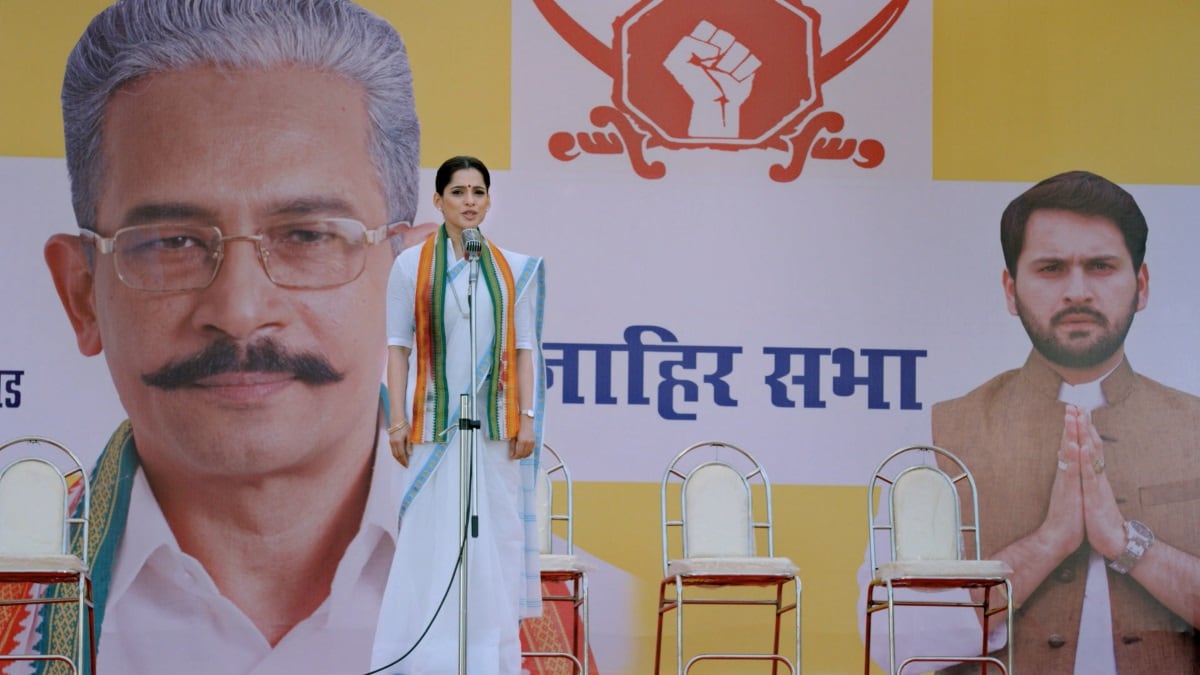 Priya Bapat as Poornima in front of a poster featuring her father and her brother in City of Dreams
Photo Credit: Hotstar

Speaking of gratuitous decisions, City of Dreams is set in 2015, as can be glimpsed from background material. But it doesn't ever set out why that's the case or even reference anything from that particular year, at least not in the first three episodes. (We thought the series might have been filmed around that time, but its producer Applause Entertainment told us it was only filmed last year.) It does reference a couple of entertainment elements, including Sunny Leone and the Ekta Kapoor series Naagin, and it does them so pointedly that it's impossible to not think of the original. The show's fictional version is called Sunny Lion, which sounds just like Leone and hence feels quite weird when someone else's face shows up.

All that comes together to make up a series that is a complete waste of anyone's time. There's already plenty of original content to go around on streaming services, from India and beyond, and there's no need to jump on the bandwagon just because that's what everyone else is doing as well. On the back of a M.S. Dhoni hagiography and a middling remake of Criminal Justice, Hotstar has delivered possibly its worst original yet. And if it's simply interested in creating content for content's sake, maybe it should just pitch all of it in-house to its parent company Star India. We're sure they can use it to fill air time on their bouquet of TV channels.