Carnival Row Review: Amazon’s Victoriana Fantasy Is Heavy on the Politics, Light on the Heart

It doesn’t always try to be Game of Thrones. 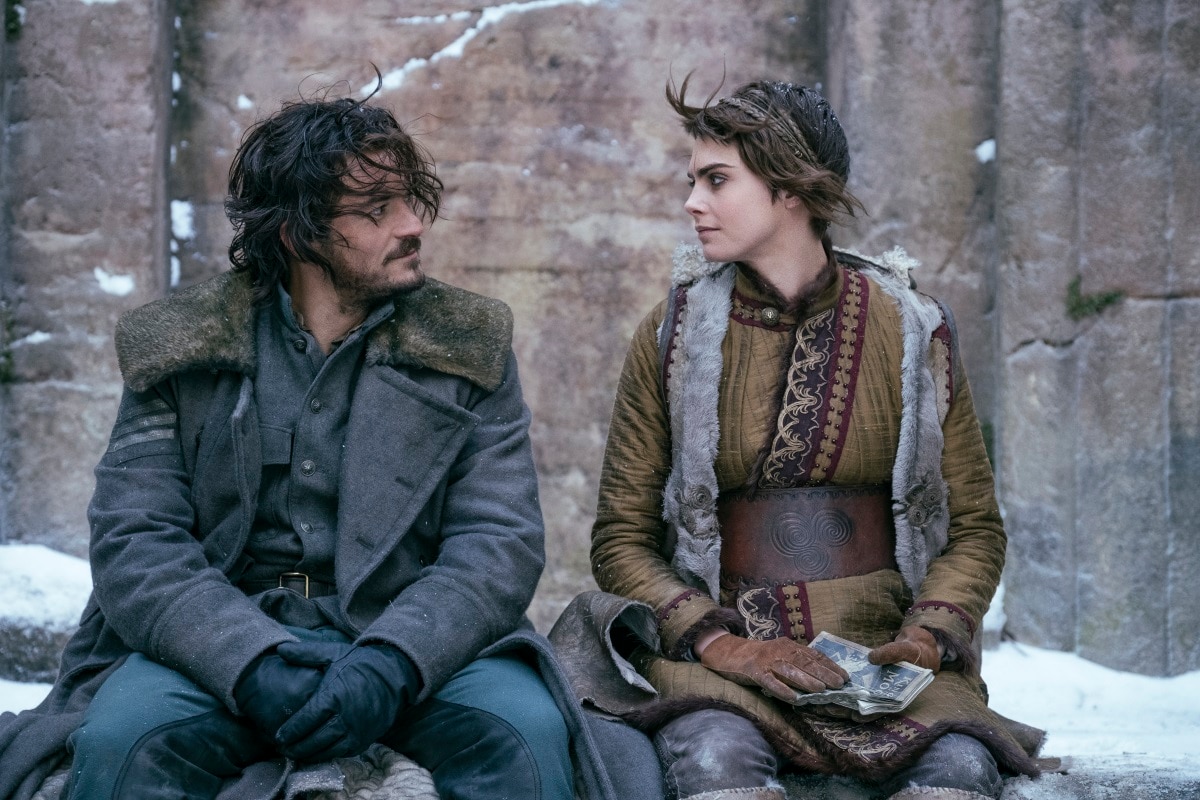 Game of Thrones' exit has left room for a new historical fantasy show to attract audiences craving its flavour. Everyone has plans abound to offer a replacement — HBO is working on multiple Thrones prequels while Netflix is offering Henry Cavill in The Witcher later this year — including Amazon, which harbours big ambitions under founder Jeff Bezos' new guidelines and plans to fork over a billion dollars for a series based in the world of The Lord of the Rings. But while that's still some time away, another of Amazon's fantasy contenders is already here: Carnival Row. It's got mythical creatures such as faeries and fauns living alongside men, and its setting is best described as London circa Jack the Ripper by way of Prague. (It was filmed entirely in the Czech Republic.)

To be fair, Carnival Row isn't much like Game of Thrones. In fact, it's an intriguing mixture — which descends into a hotchpotch now and then — of several genres in one. At times, it's a murder mystery, a political drama, a love story, or a supernatural fantasy. Parts of it play out as an allegory for colonisation, with the human invaders of the nation-state of Burgue having taken over other worlds, turning fauns into their servants, and pushing faeries into the corners of society. Other parts of Carnival Row take on the modern-day refugee crisis through the lens of Industrial Age-prejudice, with Burgue's politicians and human citizens dealing in xenophobia and fear-mongering. And then, some parts work as parallels to the atrocities of World Wars and segregation of minorities into ghettos.

That's a rich tapestry for any show to work with, but Carnival Row — created by Travis Beacham (Pacific Rim) and René Echevarria (Star Trek: The Next Generation) — doesn't quite know what to do with all that. It flings everything at the wall in the hopes something will stick, but apart from the obvious references to real-life events and the fascist views of leaders, and how that sows seeds of mistrust and divides people, Carnival Row is unable to come up with a cohesive presentation. And for a show that offers so much on paper, it's surprising that not much of it is very engaging in execution.

And though it's not Game of Thrones, that doesn't mean it doesn't try. An emerging power-player waxes lyrical about the beauty of chaos (Littlefinger, anyone?) at one point, and indulges in a bit of knowing incest (hello, Cersei), though the other party isn't aware of it initially, for what it's worth. Carnival Row also has a Stranger Things-type monster that largely remains in the shadows for most of the season. (With faeries, fauns, and beasts, you can see why Guillermo del Toro was once attached to the project as co-writer and director. He exited because of his other commitments.)

Carnival Row opens by informing the viewers of the conflict between The Burgue and The Pact (also humans, but crazier). With the war no longer financially viable, the Burguish forces ditched Anoun, the world of the Fae — short for faeries — seven years ago and left them to the marauding Pact. Vignette Stonemoss (Cara Delevingne) — Carnival Row has a thing for long, flowery names — is a Fae who's been rescuing others of her kind for money. Forced to leave after a mission goes awry, she ends up in Burgue. But it's a miracle she gets there alive as the lone survivor of a shipwreck, only to be forcefully employed by the ship's formerly-rich owner Ezra Spurnrose (Andrew Gower) as lady's maid to his sister Imogen (Tamzin Merchant) to recover the money she owes for the crossing as a refugee. A slave, essentially.

Ezra and Imogen are caught up in their own aristocratic world, piqued by the new arrival in their neighbourhood, a Mr. Agreus (David Gyasi), who turns out to be a faun. (He — and others of his kind — are only referred to by the slur “puck” on Carnival Row, while faeries are termed “pix”, short for pixies.) Meanwhile, Vignette's former Burguish lover whom she believes to be dead, a human detective Rycroft Philostrate (Orlando Bloom) — usually called Philo — is very much alive. He's been investigating what he believes to be hate crimes, but he soon realises it's part of a much larger conspiracy. Elsewhere among the top echelons of society, Chancellor Absalom Breakspear (Jared Harris) is battling with a political rival, while his wife Piety (Indira Varma) spins Machiavellian webs of her own.

Though Carnival Row boasts of an ensemble, as you can tell, it's really the story of the two torn lovers at its core, Vignette and Philo, with a tilt towards the latter. Future episodes — critics, including us, had access to all eight episodes of the first season — delve into their shared background and love story, which in addition to telling us more about them, helps explain the decisions they make in present-day. But Carnival Row is a bit simplistic in initially setting up them, as it either gives them scenes that feel staged to showcase their qualities or it gets minor characters to say how good they are, instead of showing us that. Additionally, all the other characters aren't afforded those luxuries, with the likes of Harris stuck playing a one-note character.

But Carnival Row's bigger narrative crime is how it keeps collapsing upon itself throughout the course of the season, making its world ever smaller instead of letting it expand. While surprise connections between two seemingly unrelated characters serve as an interesting revelation in the moment, they also mean a lesser show in the future since you're finally telling a story of just one character in the end. Moreover, it doesn't help that viewers will see some twists coming a mile away, largely because the show betrays a lack of on-screen villains to propel its mystery.

On a thematic level, Carnival Row entirely looks over racism even though it's set in an era where slave labour and name-calling don't merit a second glance. Just because the primary internal conflict has shifted to speciesism, doesn't mean that people have suddenly outgrown their skin colour biases. By including it, Carnival Row could have been richer, more complex for it. For what it's worth, it does better on the LGBTQ front, as the Amazon show is quietly queer-friendly without making it the defining trait of a character's life.

Beyond that, it also lets itself down by failing to be self-aware. There are several smaller concerns in Carnival Row as well, ranging from introducing and then forgetting entire subplots, and needlessly repeating info that the audience was given earlier the same episode, to displaying a carefree disregard of when precisely it's set.

Even if the period is unclear, the historical setting — with a sprinkling of fantasy — should mean a larger, universal audience than what a docu-drama would manage, which allows Carnival Row to comment on modern-day societal problems present across the globe. It even bakes in that message in a self-referential fashion, as Philo and Vignette bond over a cross-cultural story. But sadly, the show isn't half as clever with its presentation. It will have an opportunity to correct that in its second season — Amazon renewed the show in July — though it'll be doing that without some of the big-name actors who seem to have signed on for just one year. That's a shame, because they lent much credibility to it.

For now, Carnival Row is a big-idea Victoriana fantasy which could have done with a clearer idea of what it wants to be and a lot more heart (unlike its soul-stirring theme song). And that's not good enough to be a Game of Thrones replacement at all.

Carnival Row is out now on Amazon Prime Video in India.