Netflix's Bright Is a Will Smith Action Flick, and Nothing More

Will Smith and Joel Edgerton in a still from Netflix's Bright

Netflix has made a name for itself in the television department over the last few years, thanks to the likes of Stranger Things, BoJack Horseman, and the various Marvel shows. But it doesn't have that kind of credibility on the movies front yet, where it's fighting studios with much deeper pockets, and also always pushes for a same-day release on its platform as in theatres. 2017 has been a big year for Netflix though, with the Cannes-premiere of Korean adventure Okja, the major deal for Martin Scorsese's The Irishman, and now the release of its most expensive film to date, Bright.

The film takes place in an alternate reality where humans, orcs, elves, and fairies have lived beside each other since the beginning of time. Will Smith stars as a human LAPD cop named Ward, who's been reluctantly paired with an orc cop named Jakoby, played by Joel Edgerton, due to a diversity hire programme initiated by the department. This bit is slightly reminiscent of Zootopia's opening, which also features a diversity-hire police officer, and both films talk about society judging individuals on their appearances, rather than seeing them for who they really are.

But following two cops is also reminiscent of most films written and/or directed by David Ayer – he's best known as the man behind last year's dumpster-fire Suicide Squad (which also starred Smith) – whose background as a naval officer has seen him pen or helm several movies about law officers, starting with his Hollywood-breakout Training Day in 2001, lean years in between that gave us Dark Blue, S.W.A.T. (both in 2003), and Street Kings (2008), followed by his most critically-acclaimed venture, End of Watch, in 2012. Each of those films have also incorporated street gangs, morally dubious cops, and flashy gun violence.

Bright is similar in that regard, embedding real-world LA crime problems and the distrust of police into its narrative, but it's also got fantasy boots to fill. That means weaving in lore about an almost mythical past that saw humans, orcs and elves at each other's throats two millennia ago, which involved a Dark Lord, powerful beings, and magical items. The plot riffs on Lord of the Rings and Harry Potter in a foregrounding way, just enough to convince you that stranger things have happened, but is still restricted to give Smith's character – a human – a fighting chance.

The premise of Bright centres on a young elf named Tikka (Lucy Fry), one of a select titular few who has the ability to hold and use a magic wand – an object that can grant wishes, (seemingly) has the power of a nuclear weapon, and kills any non-Bright who holds it – and ends up in the custody of Ward and Jakoby after they are dispatched to an address. Ward's call for backup from his precinct doesn't go as planned, and he's forced to go on the run with Jakoby and Tikka to keep the wand away from the hands of literally everyone: corrupt cops, street thugs, and criminal organisations.

That gives Ayer the licence to stage his film like a video game, comprising of ridiculous shootout routines one after the another where the fleeing trio is always under-powered, be it a car chase, bar evacuation, dance club hold-up, gas station face-off, or a fist-fight in an apartment. Through it all, the film explores the budding friendship between Ward and Jaokoby, spliced with gallows-type humour – Smith is natural at infusing comedy into the direst of moments, and he keeps denying that they're becoming friends – and intercut with scenes that develop Bright's fantasy world. 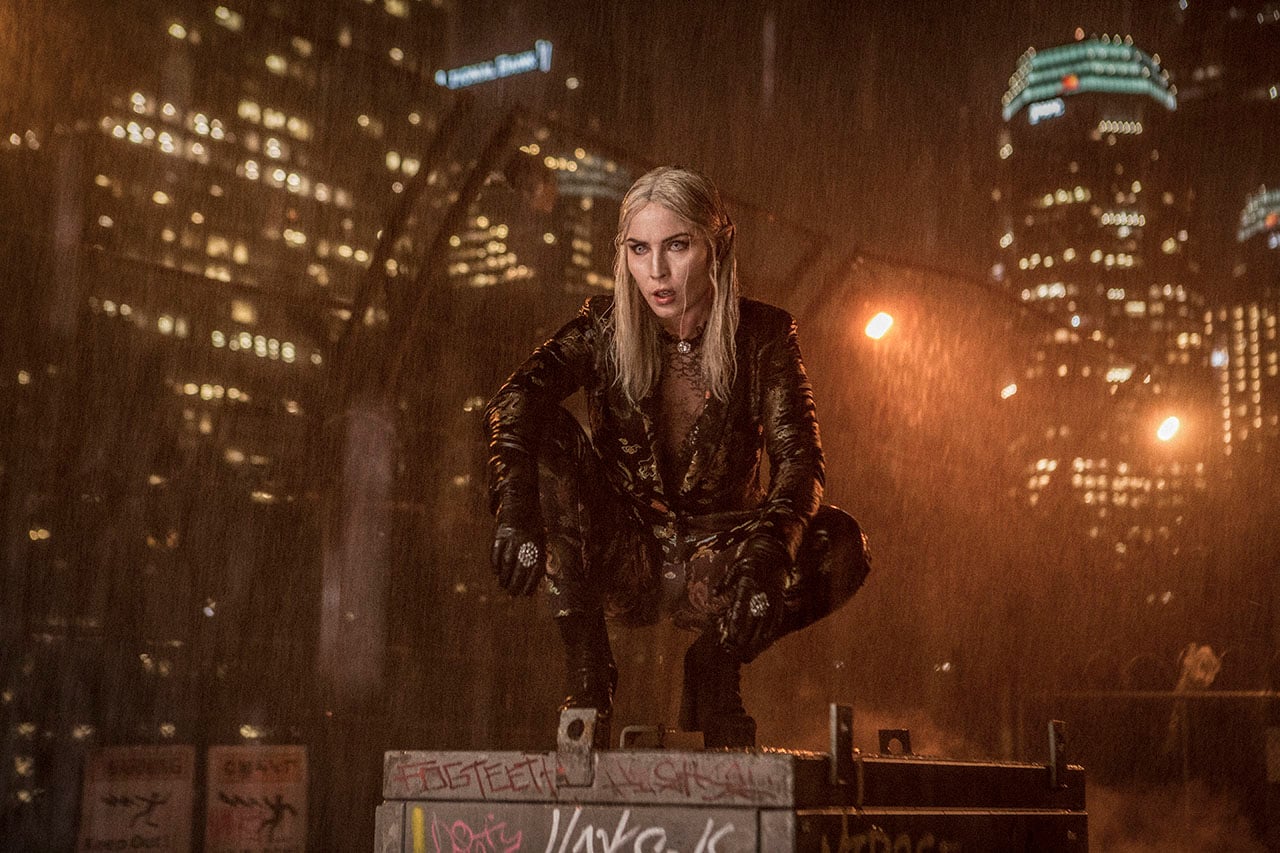 That involves introducing Noomi Rapace as Leilah, a dark elf who is part of an Illuminati-type group that's trying to bring back a Dark Lord, alongside some of her expert close-quarters combat followers, plus two detectives who work for the FBI's magic division, an elf (Édgar Ramírez) and a human (Ike Barinholtz), who are supposed to be in-charge of any wand-related troubles. The latter two are there to service the lore and hence don't feature much, but even though Rapace is supposed to be the main villain, she's hardly part of the film.

Bright's choice to feature Ward as the chief protagonist and keep Jakoby as his sidekick in-training is also misguided. Zootopia worked precisely because it chose to stick with the diversity hire, the one's who discriminated against. Jakoby is hated by his own kind because he's not Blooded – having a pair of lower jaw teeth that jut out like fangs – and works with humans in the police force. Orcs look down on him, and humans revile him for belonging to another side, assuming he's orc first and cop second.

Bright instead follows his slightly specist partner, Smith's Ward. He isn't as open about his distaste for working with an orc unlike some of his co-workers, but that doesn't mean Ward doesn't repeatedly try to get rid of Jakoby in the early going. Ward and Jakoby's relationship is also tainted by an earlier event, and the film would benefit if it gave more emphasis to Edgerton's orc. That would allow the film to be more powerful in what it's trying to convey, but Bright fails to understand that.

One big obvious reason would be Smith's casting, who is a much more recognisable star. Edgerton has as much screen presence as Smith, but Jakoby doesn't get the necessary build up moments that help you connect and relate with the character. Those are reserved for Ward, whose family and background situation is given ample time in the opening minutes. 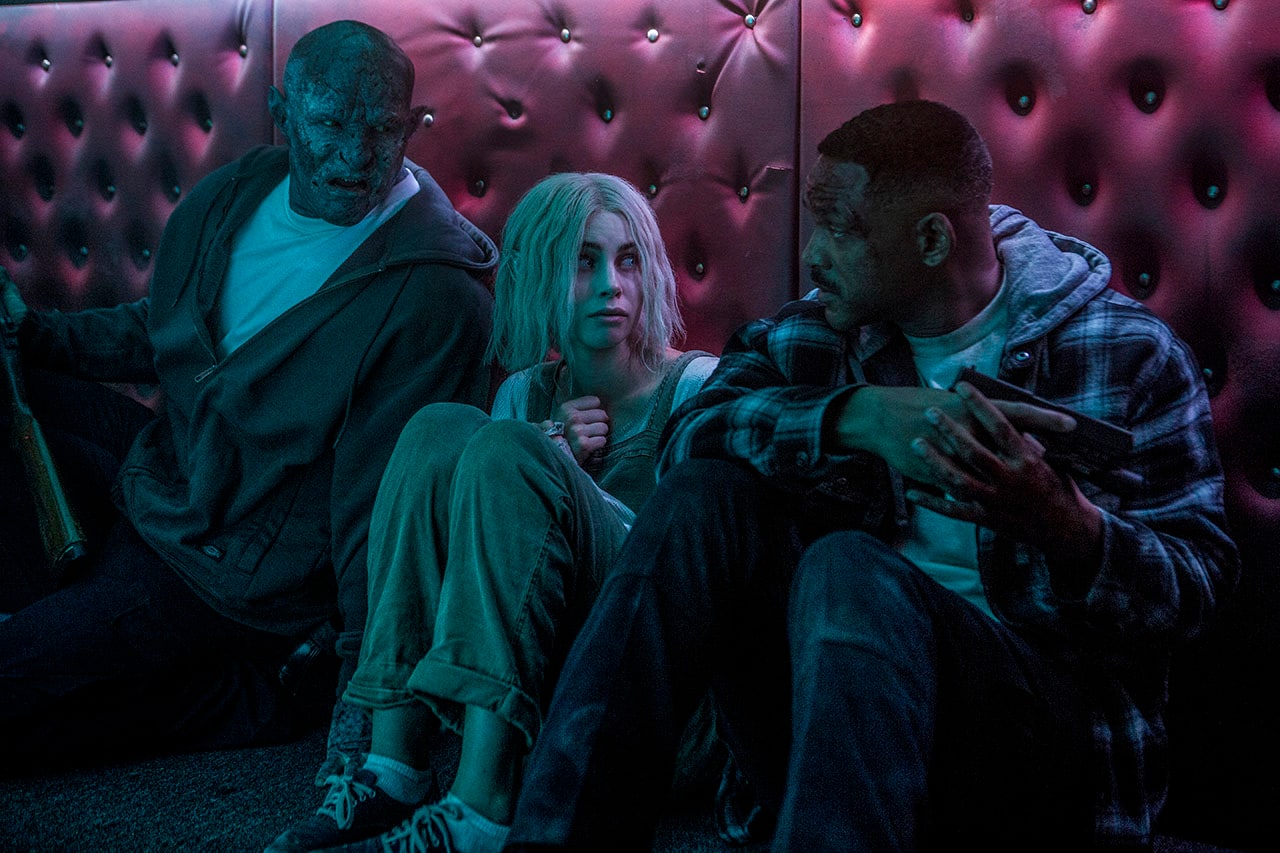 Joel Edgerton as Jakoby, Lucy Fry as Tikka, and Will Smith as Ward in a still from Netflix's Bright
Photo Credit: Matt Kennedy/Netflix

The film also grapples with a lot of social themes, which aren't really addressed. There are multiple parallels and allegories here, but in many ways, the problems faced by African-Americans today have been grafted onto orcs. They have it much worse in the film in many ways, being openly reviled in a way that wouldn't fly in our version of 2017. At the same time, the film's actual African-Americans don't seem to have it any better than our reality, implying that humans have kept themselves divided through the ages, even while living alongside two other sentient species on Earth.

Mistrust, class struggles, and social mobility appear to be important themes for Bright in the early going, and it indulges the idea of exploring the symptoms and consequences of that for the first half hour. But it eventually gives that up, and turns into a Will Smith-movie, which is to say a generic guns-blazing action thriller. Bright could make for a fascinating Netflix TV series if it was more interested and serious about its themes, but Ayer doesn't seem to have those ambitions. It also doesn't help that his vision for gun violence resembles that of a 7-year-old, with characters needlessly emptying entire cartridges as scare tactics, causing more pain for the set designer than our protagonists.

After an opening half-hour that gave us hope that the film wouldn't descend into a bullet-a-minute adventure unlike some of Ayer's previous dubious work – the posters designed by Netflix are putting Suicide Squad front and centre, which is hilarious and sad because it depletes confidence, instead of inspiring any – Bright turns into a chase story that keeps throwing new unimaginative problems at our heroes, and never bothers to deepen any of its themes and allegories.

It's perfectly happy in being a big budgeted action flick – Netflix reportedly spent $90 million (about Rs. 577 crore) to produce it – but it doesn't have the goofy swagger of Men in Black, nor the grittiness of End of Watch, and ends up just wallowing without saying much.

Further reading: Bright, Netflix, Will Smith
Akhil Arora Email Akhil Akhil Arora covers entertainment for Gadgets 360, interviewing stars such as Christian Bale and Anurag Kashyap, covering series premieres, product and service launches across the globe, and looking at American blockbusters and Indian dramas from a global socio-political and feminist perspective. As a Rotten Tomatoes-certified film critic, Akhil has reviewed over 150 movies and TV shows in over half a decade at Gadgets 360. When he is not completely caught up with new film and TV releases, Akhil ...More
Which Is the Best Game of 2017?
Goibibo CTO on How AI and Conversational Platforms are Changing OTAs

Netflix's Bright Is a Will Smith Action Flick, and Nothing More
Comment