Where do you go after making a mind-bending, choose-your-own-adventure meta film in Bandersnatch that deconstructs the interactive medium just as it's kicking off its revival? That must have been the question Black Mirror creator Charlie Brooker faced as he prepared for the sci-fi series' fifth season, out now on Netflix. Well, the only way to go is back to your roots, if there's such a thing as that for an anthology production, which changes its characters, conceit, and nearly everything with each new episode. And you hire some big names and great performers to lend their appeal and expertise, which Black Mirror season 5 does by having Miley Cyrus, Anthony Mackie (Captain America: The Winter Soldier), and Andrew Scott (Sherlock).

Naturally, Cyrus is the biggest attraction among those three. The 26-year-old singer-songwriter stars in the final episode of Black Mirror season 5 — “Rachel, Jack and Ashley Too”, directed by Anne Sewitzky (Happy, Happy) — which merges fact with fiction as it explores the music industry, artists' rights, and voice-based virtual assistants. Cyrus plays a pop star named Ashley O, who is obviously modelled on herself, while the Rachel and Jack in the episode title are two teenage girls played by Angourie Rice (The Nice Guys) and Madison Davenport (From Dusk till Dawn: The Series), respectively. Rachel is more withdrawn and a loner at school, who identifies as Ashley's biggest fan, while Jack is more upfront and self-aware, and prefers alt and punk rock music.

Though Ashley is selling this pop-star persona in public, which includes a new AI talking robot called Ashley Too — think Alexa, but a lot smarter — she wants to shift away from that image and identity, like Cyrus did herself several years ago. But that concerns her aunt-manager Catherine (Susan Pourfar, from Emelie), given the money at stake. Like you'd expect from Black Mirror, the episode becomes darker and twisted from there on, with Rachel and Jack being pulled into the shenanigans after the former gets an Ashley Too for her birthday. The episode relies on a baffling, unconvincing twist to kick off its third act, but it does allow it to become a whole lot more fun, as Cyrus can go all out and lean into the anger of someone's who been shackled and lied to by those closest to her.

But “Rachel, Jack and Ashley Too” is unable to transcend its premise as the best Black Mirror episodes do. It barely scratches the surface of the lack of a motherly presence in the lives of Rachel and Jack, and its attempts to study the effects of introverts being drawn to an outsized presence feel half-baked. If you're looking for a Black Mirror season 5 episode that will make you ponder a bit more, look no further than the opener “Striking Vipers” — directed by Owen Harris, same guy as “San Junipero” in season 3 and “Be Right Back” in season 2 — which has Mackie in the lead, alongside Nicole Beharie (Sleepy Hollow) as his wife and Yahya Abdul-Mateen II (Aquaman) as his best friend, with Pom Klementieff (Guardians of the Galaxy Vol. 2) and Ludi Lin (Power Rangers) playing video game characters.

“Striking Vipers” is named for a fictional video game in the episode that is essentially Street Fighter renamed for legal reasons. (Even the logo bears resemblance.) On Danny's (Mackie) 38th birthday, Karl (Abdul-Mateen II) gifts him the newest edition of Striking Vipers, as a call-back to their youthful days when the two video game enthusiasts lived together. Except this latest version is playable in a hyper-realistic virtual reality world — just like the tech used in “USS Callister” in season 4 — where players can feel every physical sensation. The game offers a literal escape for the two best friends where Danny and Karl can relive their youth, now inhabiting the bodies of their favourite in-game characters, Lance (Lin) and Roxette (Klementieff), respectively.

For Danny, the VR world also offers some respite from his drab domestic and work lives. After all, the weight and responsibilities of the real world could never anyway match the limitless imagination and possibilities of a fictional one. Mackie portrays that conflict well. But as Danny starts to spend more and more time in-game, his wife Theo (Beharie) can feel him drifting away, like he's present on the outside but somewhere else on the inside. Through it, the episode explores the potential ramifications of virtual reality, from its appeal and allure to how it might change our perception of gender identity, love, sexuality, and fidelity. And Brooker is self-aware enough as he sidesteps the quick-fire criticism of white actors inhabiting East Asian characters by casting black ones.

All the TV Shows Worth Watching on Netflix, Hotstar, and Prime Video in June 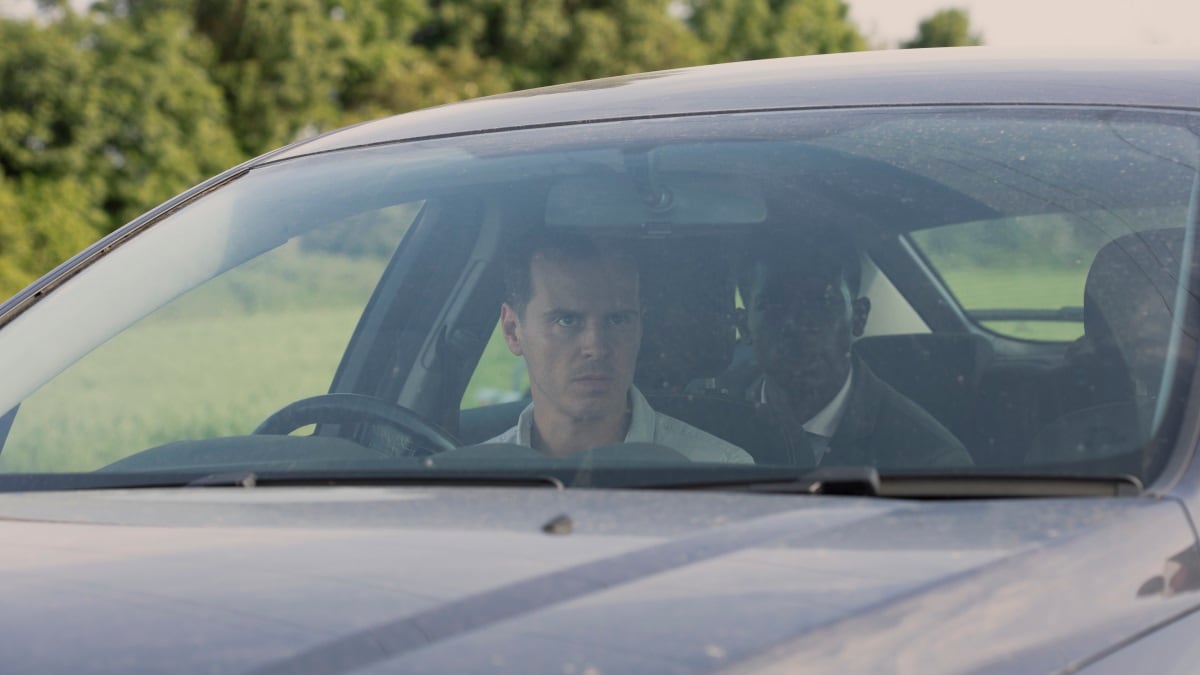 While both those episodes rely on non-existent technology, the only other episode in Black Mirror season 5, “Smithereens” — directed by James Hawes, who previously helmed the season 3 finale “Hated in the Nation” — is the most plausible one, which could easily happen in today's time. Even more so than “Hated in the Nation”, “Smithereens” has a social media-tinge to it as it explores the perils of smartphone addiction via an app-based cabbie named Chris (Scott), who kidnaps an employee named Jaden (Damson Idris, from Snowfall) of a Twitter-like company called Smithereen, wanting to speak to its founder Billy Bauer (Topher Grace, from Spider-Man 3). But his plan goes horribly wrong as he finds out Jaden is only an intern, and he soon crashes into a nearby field after being spotted by a patrol car.

As Chris tries to improvise, things escalate on every front, as the police of two countries, the Smithereen top brass, the locals and in turn the news crews get involved. Even though it's a thriller at its core, the episode is also comedic in parts, be it taking pot-shots at social media and Silicon Valley (naturally), police tactics, and the amateur hour-ness of Chris, a former teacher. “Smithereens” even rips from the headlines in setting up its narrative, with Bauer found to be away on a 10-day silent meditation retreat, just as Twitter's Jack Dorsey did this past December. Except this one's in the US state of Utah, not Myanmar. It's Scott's powerhouse performance that makes the episode tick, though it's a bit clunky in setting up a (tiny) redeeming act for the kidnapper, which feels especially shoehorned in.

Being a thriller, “Smithereens” has the most ambiguous end of any Black Mirror season 5 episode, one that varies from dark to darker, depending on your imagination. In that limited sense, it's most like Black Mirror. The other two — “Striking Vipers” and “Rachel, Jack and Ashley Too” — have more positive conclusions, which aligns them closer to “San Junipero” and “USS Callister” from previous seasons. But none of them is as disturbing, prescient or memorable as what Black Mirror has given us before, with the shortened run, owing to the work required in making Bandersnatch, also limiting the topics and themes it can touch upon. Brooker still has the teeth — and the imagination to craft tales that link into our techno-paranoia, showing us a world gone wrong where we are not too careful — but the bite is somewhat lacking.

Further reading: Black Mirror, Black Mirror Season 5, Netflix, Charlie Brooker, Miley Cyrus
Akhil Arora Email Akhil Akhil Arora covers entertainment for Gadgets 360, interviewing stars such as Christian Bale and Anurag Kashyap, covering series premieres, product and service launches across the globe, and looking at American blockbusters and Indian dramas from a global socio-political and feminist perspective. As a Rotten Tomatoes-certified film critic, Akhil has reviewed over 150 movies and TV shows in over half a decade at Gadgets 360. When he is not completely caught up with new film and TV releases, Akhil ...More
Jurassic World: Camp Cretaceous Animated Series Set at Netflix for 2020
Indian Student Asks Apple CEO Tim Cook, 'How Are You, Tim Apple?'