And he would, if he wasn’t making all that money.

Emraan Hashmi as Kabir Anand in Bard of Blood

In late 2017, Netflix co-founder and CEO Reed Hastings flew down to Mumbai to announce a deal with Shah Rukh Khan-founded Red Chillies for their first partnership: Bard of Blood, a multi-lingual action spy series based on a largely unknown book, “The Bard of Blood”, from first-time writer Bilal Siddiqi. For Netflix, it was the second major swing in India — Sacred Games had been announced, but it was yet to premiere — and quite possibly one of the biggest, considering Khan's stature in the Indian film industry. Though Khan wouldn't star in Bard of Blood himself, Netflix hoped that the 53-year-old actor-producer's attachment to the series as an (uncredited) executive producer would attract legions of new Indian subscribers to the streaming service.

Except there was no guarantee that Bard of Blood would be good. Red Chillies hasn't produced a series since it shut down its lacklustre TV arm in 2012, and its film division hasn't delivered a genuine critical hit since, well, forever. (The Karan Johar-directed My Name is Khan comes closest, and that's saying something. That was also nearly a decade ago.) Netflix can take solace in the fact that most of Red Chillies' efforts still have been commercially successful, but that doesn't excuse the irresponsible travesty that's on display with Bard of Blood. For a show set in the troubled Pakistani province of Balochistan, that deals with cross-border terrorism, and involves rogue Indian agents contending with Pakistani intelligence services, it's laughable that its makers think the Netflix series isn't political.

Worse yet, the writers — newcomer Siddiqi is the creator alongside Red Chillies' revenue head Gaurav Verma, and he co-wrote the show with Mayank Tewari (Newton) and director Ribhu Dasgupta, who's uncredited — betray callousness and carelessness in depicting the region and its people. Bard of Blood plays into xenophobic stereotypes and Islamophobia by portraying most of its Pakistani and Afghani characters as barbaric villains, some of whom molest children or impulsively chop off heads among other misdeeds. It's a simplistic way to demonise them, instead of fleshing them out, thereby ensuring that viewers can only relate to and root for the morally upright Indian characters.

And forget having authenticity be its strong suit, Bard of Blood is geographically uninterested. On-screen text features the likes of “Imam Cyber Cafe, Balochistan”, which is the equivalent of writing “Pandit Cyber Cafe, Uttar Pradesh” in India. The sign board for the Kandahar International Airport in Afghanistan is in English only, though that wouldn't happen in a country that primarily speaks Pashto and uses the Arabic alphabet. It took us five seconds on Google Maps to confirm that. This might seem minor in the grand scheme of things, but it's indicative of a much larger issue.

Its female characters don't have it any better. Their presence in the field is laughed at by the men in-charge, and if you were hoping the writers were setting that up to eventually subvert the rampant sexism of its male characters, this is not that show. Women are largely helpless on Bard of Blood, while the men emerge as heroes even when the odds are stacked against them. (One turns into a superhero once and takes down 10 enemies all on his own in a gunfight.) Meanwhile, the only strong female character is “fridged”. Moreover, Bard of Blood's narrative approach is that of a subtlety of a hammer, which further pulls down a story so needlessly convoluted, reliant on conveniences and stupid twists, and packing plot armour that we started to tune out.

Bard of Blood is also shameless enough to attempt to clone better action spy flicks. Early into the show, its lead protagonist walks into a bathroom where he's cornered by two men who have been sent to apprehend him. The scene is a complete B-movie rip-off of a similar bathroom fight scene from Mission: Impossible – Fallout featuring Tom Cruise and Henry Cavill, except it's been turned on its head in that the hero is the target here. It copies several shots and beats, including the attackers having to wait for someone to leave the bathroom, Cruise standing one wash basin away, and three people trading punches in a urinal stall. But as you can expect, Bard of Blood doesn't have any of the skill or humour that Mission: Impossible displayed.

The Netflix series opens with the Taliban's capture of four Indian intelligence agents somewhere in Balochistan, with the quartet caught while trying to transfer sensitive info to their superiors. As the terrorist outfit plans to behead them, the Taliban handler of the Inter Services Agency — the fictional equivalent of the ISI, Pakistan's intelligence agency — Tanveer Shehzad (Jaideep Ahlawat) steps in and pleads with their leader, Mullah Khalid (Danish Husain), to spare them for now because he has a plan. Back home, Sadiq Sheikh (Rajit Kapur), special director of the Indian Intelligence Wing — RAW's fictional equivalent — tasks Balochistan analyst Isha Khanna (Sobhita Dhulipala) with a potential rescue mission, who's chomping at the bit, having had her application for field missions routinely rejected.

Sadiq asks Isha to recruit retired agent Kabir Anand (Emraan Hashmi), who left the service after a Balochistan mission went south and is now suffering from PTSD as he works as a Shakespeare-centred English professor in Mumbai. (It's why the book is called The Bard of Blood, and that manifests on Bard of Blood with Shakespeare references in all episode titles and select few lines.) Kabir is naturally hesitant to return but he's pulled in after someone is murdered. Searching for answers, he launches an unsanctioned mission with Isha's help, bringing in Afghanistan-based sleeper agent Veer Singh (Viineet Kumar Singh), who's been ignored and nearly forgotten by the agency, to contribute his knowledge and workings of the land. 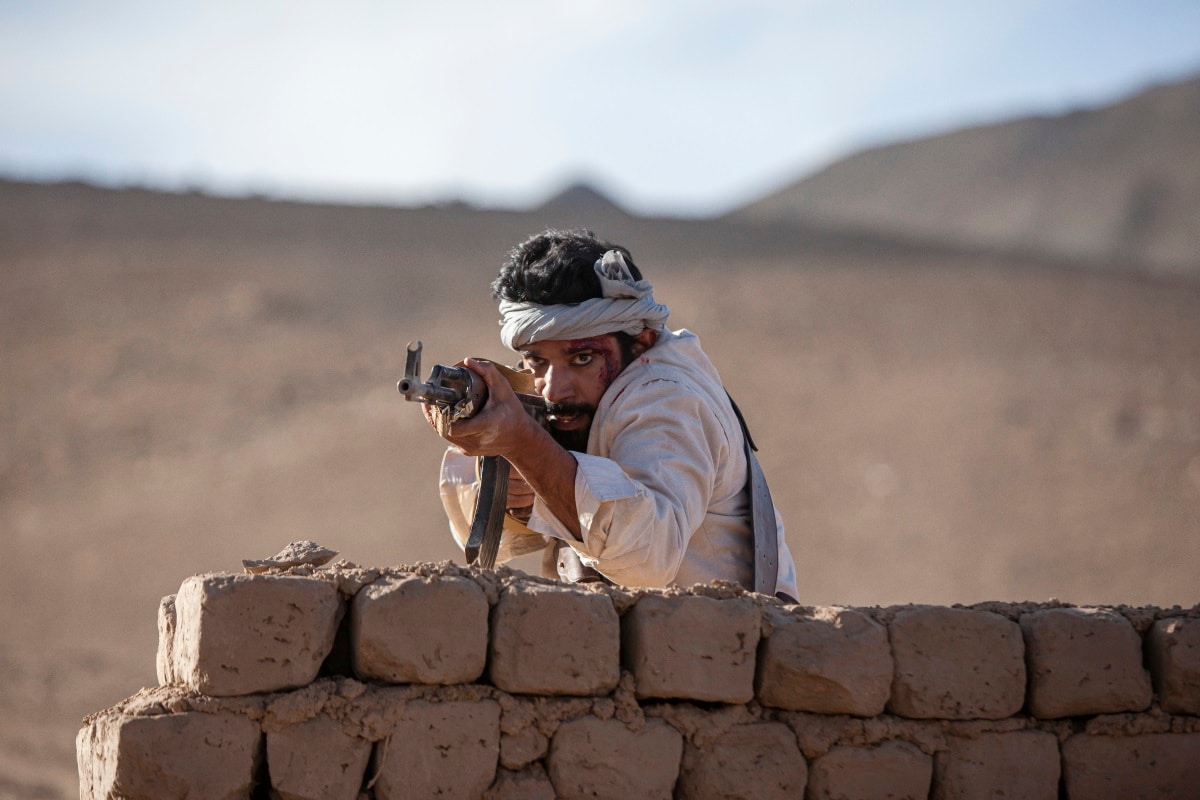 Future episodes add more characters and elements to the story, including the Balochistan cause for an independent state through the Balochistan Azad Force's — a fictional equivalent of the many Baloch separatist groups — teenage leader, Nusrat Marri (Abhishekh Khan), and his elder sister Jannat Marri (Kirti Kulhari Sehgal), who wears the pants in the house. Bard of Blood also brings in Mullah's son and Taliban #2 Aftab Khalid (Asheish Nijhawan) as an additional villain, but the Netflix series suffers from not having a singular threat that feels imposing. When it tries to paint one of its many antagonists as the primary schemer late into the season, it feels partially unconvincing.

Bard of Blood places a heavy emphasis on (the fictitious) Taliban's expansion in Balochistan, from its seat of power in Quetta — the Baloch provincial capital — into the Kech district that lies far south of it, closer to the border with Iran. Every time a character learns about this, they are shocked. It's weird to focus on something that can't be personified, and annoyingly, it's repeated so often on the show that it sounds like a broken record. In fact, Bard of Blood sucks at exposition in general, at times having its characters say things that people in the room ought to know. Characters also behave stupidly, essentially for the sake of the plot, and it feels unbelievable that so-called spies would trust so easily.

Complementing the poor writing is poor direction, which pushes for unnatural notes from the actors, forcing them to deliver moments in a tone that doesn't fit the scene. No matter how incredulous Bard of Blood gets though, Singh — who was praised for his work in Anurag Kashyap's sports drama Mukkabaaz, a film he also co-wrote — gives it his all and is one of the only watchable aspects of the Netflix series. Dhulipala is a credible performer as she's shown in her previous series role on Made in Heaven, but she's working off very little here. And ultimately, the combined choppiness of direction and editing grinds all that good work into the Balochistan dirt.

Bard of Blood also feels disconnected at times, almost as if several scenes have been chopped off in places. (Running times aren't an issue with streaming services, so the reason cannot at least be that.) That has the effect of characters seemingly not following through on what they said in an earlier episode. And to paper over possible gaps in other scenes, the editors seem to have made several post-production dialogue inserts to make up for what was removed in between, which further contributes to the aforementioned unnaturalness of the Netflix series. 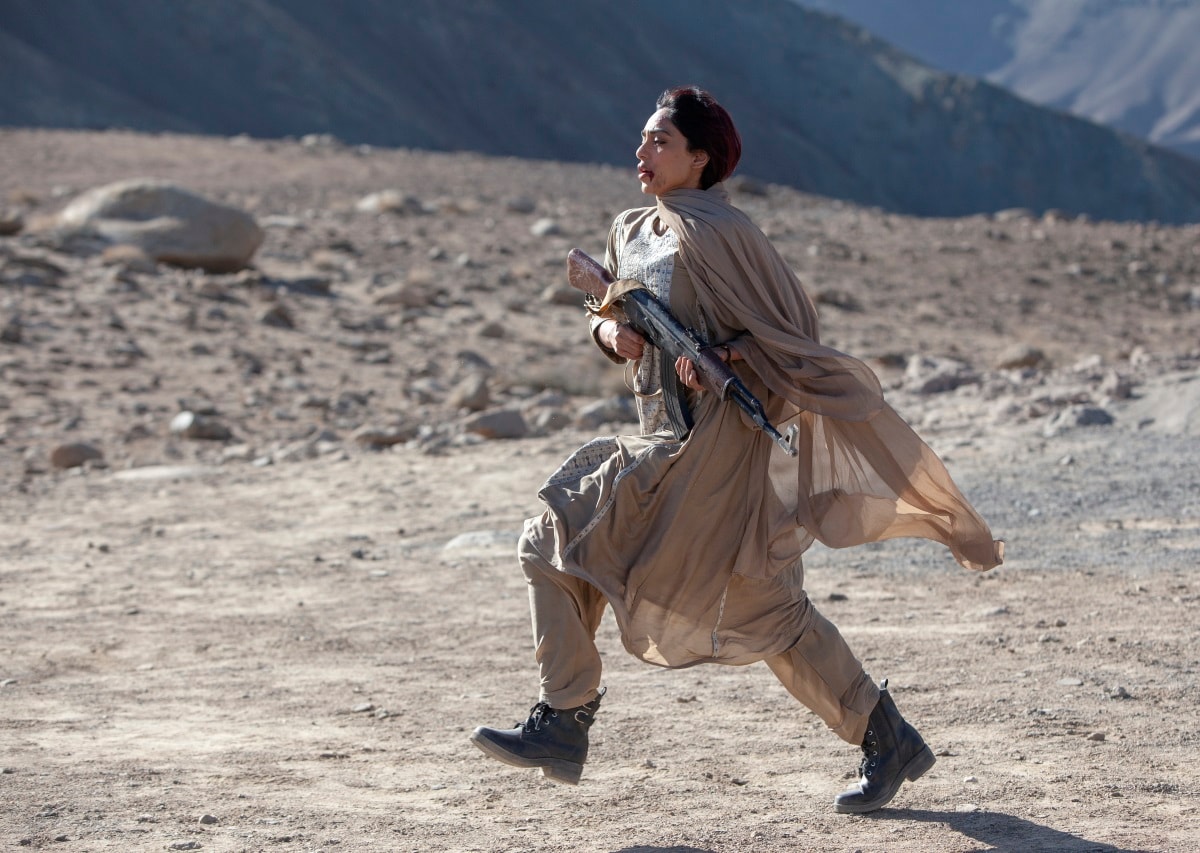 If it wasn't bad enough that some scenes give off completely the opposite impression of what is intended, Bard of Blood compounds those problems due to a defiance of logic with its staging. Characters teleport from the back to front seat while armed guards are pointed at the car, others wait on more important characters to sort out their conflict before trying to kill them, vehicles come out of nowhere without making any sound to crush people, and heroes shoot from open spaces while taking fire from multiple attackers and miraculously don't get shot. Actually, people taking fire without cover and still living is possibly the only running theme of Bard of Blood.

On second thoughts, Bard of Blood does have another running theme: its cluelessness with technology. A Pakistani intelligence agent, who's said to be a master schemer, is in fact so stupid that he plugs an enemy thumb drive into a machine connected to the Internet. It's ludicrous that in all his years of spy craft, he hasn't heard of an air-gapped computer, let alone have the smarts to use it. The writers also believe that you need to turn on a phone to delete the data on it, and they throw in a Darknet reference while displaying no actual understanding. Bard of Blood doesn't even have an iota of self-awareness to call any of this out — like Delhi Crime did, before going ahead with it anyway — and that lack of self-awareness permeates the rest of the story as well.

At its best then, Bard of Blood is a generic, listless action thriller that drowns one good performance in murky waters otherwise devoid of any signs of life. At its worst, Bard of Blood is irresponsible with its characters, themes, messaging, and politics, contributing not just to xenophobia, but also enflaming the existing divide between the two countries. (Per a 2017 BBC survey [PDF], 85 percent of Indians viewed Pakistan negatively, with the figure slightly lower at 62 percent vice versa.)

When Netflix — and other streaming services — arrived in India, the hope was that they would help usher in Bollywood 2.0. The critical acclaim of Sacred Games' debut season last year added to that belief. Unfortunately, Bard of Blood is proof that Netflix is only interested in growing itself, which means partnering with the likes of Khan — and Karan Johar among others — to appeal to the broadest possible audience with lowest common denominator storytelling. Essentially, Netflix is just more of the same: it's Bollywood 1.0.

Bard of Blood is now streaming on Netflix worldwide.

product In our Bard of Blood review, we look at how a callous and careless approach to its setting and people — Balochistan and Muslims — along with writing that defies logic and a show built out of patchwork, leads to an irresponsible and listless Netflix series.