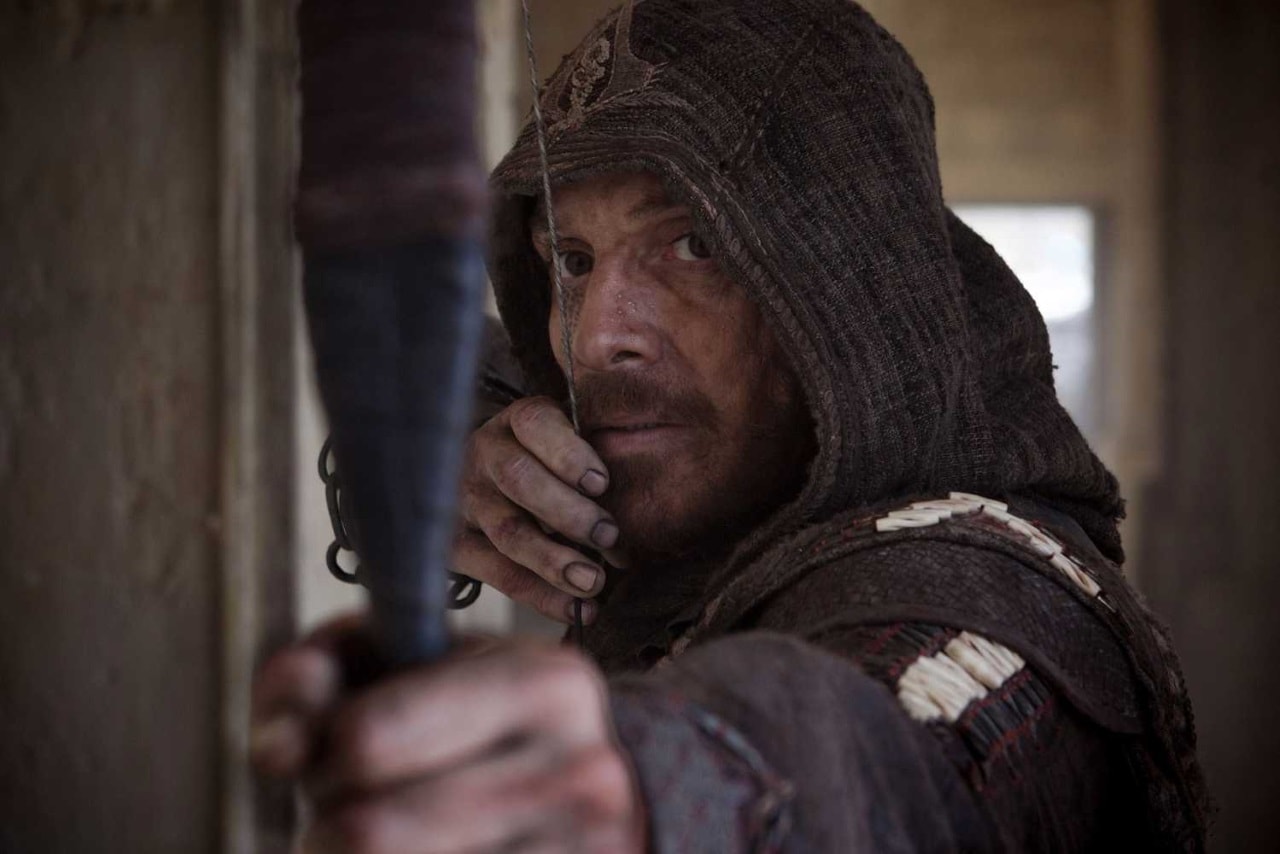 Last year, the director of Assassin's Creed – Justin Kurzel – worked with Michael Fassbender (X-Men: First Class) and Marion Cotillard (The Dark Knight Rises) on a stylistic adaptation of Macbeth, that classic Shakespeare story about the greed for power. Kurzel imbued that film with a visual palette that set apart its dialogue-filled chapters and slow-motion gory, visceral action sequences, and conveyed the gravitas of the lives of Macbeth and Lady Macbeth by focusing inherently on the characters' emotions, the weight of their decisions, and reactions.

The critical success of that film bode was a promising sign for the first adaptation of the video game series Assassin's Creed, which reunites all three talents. Unfortunately, Kurzel's new film falls prey to the same things that haunt today's blockbusters – in that it gets too busy with explaining its backstory, and emphasising its importance.

It mistakes great storytelling to be a collection of historic references, rather than a deeply personal relationship with its protagonists. Moreover, the film takes itself far too seriously, allowing Fassbender only a single moment of piercing humour, after which it quickly lapses back into a dour mood.

Assassin’s Creed benefits from having Fassbender in the lead, whose expertise in straight faces and perma-frown, lends the film an air of serious drama that it very eagerly desires. It even maximises the use of its main actor by giving him two roles – one of Cal Lynch in the 21st-century, a death row convict who is spared execution with the help of a mysterious benefactor, Dr Sofia Rikkin (Marion Cotillard); and another of Aguilar in the 15th-century, a master assassin who is part of an ancient secret society, whose motives are never quite clear (and very likely do not matter).

(Also see: Assassin’s Creed Movie: The Cast and Crew on Working Together, the Central Conflict, and Doing Right by the Fans)

Though Fassbender is given two characters to work with, both sadly have nothing to offer beyond a one-note performance. Since the movie couldn't bear to make him an out-and-out killer, it tries to redeem things by having the person Cal killed be a pimp, which is inadvertently hilarious. Aguilar, meanwhile, is viewed only through the lens of his mission, which brings us to a convoluted plot, thanks to the long (and possibly unnecessary) backstory behind Creed games.

Here’s what it’s all about: Cal is saved because his blood, and DNA, have connections to the past. He’s a direct descendant of Aguilar, who was part of the Assassin Brotherhood, and had knowledge of an artefact known as the Apple of Eden, which is believed to hold “the genetic code of free will”. How is that? Nobody knows, and it doesn’t matter.

What does matter are the people who want it, the Knights Templar, who have been at war with the Brotherhood for centuries. They are using Sofia and her place of work – Abstergo Foundation – which has a machine known as the Animus that can access Cal’s past and memories all the way back to Aguilar.

It’s ridiculously complex, owing to the writers at Ubisoft who have concocted this tale out of conspiracy theories and religious doctrine over the last decade. The film has so much to explain and preach about that it struggles to exposit everything, even with Cal who is there as an audience surrogate.

And that’s why a big chunk of the backstory is just dumped on our brains in the opening minute of Assassin’s Creed, via a few lines of white text on a black background. Imagine if The Matrix opened with a text crawl that told of the sentient AI, the fake world they created for humans, and how only Neo could save everyone from certain doom in half a dozen lines of text at the beginning of the film.

That is the biggest problem for Assassin’s Creed. The film is packed to the rafters, and forgets to breathe at all. It’s something that’s become all too common of popcorn blockbusters as of later – Warner Bros.’ 2016 ventures, Batman v Superman and Suicide Squad, were both guilty of the practice – and Kurzel falls down the same hole. Joss Whedon knew how and when to insert quiet moments in both Avengers films, even if the second was a disaster overall, and that allowed characters (and by effect, the audience) to reflect on what was going on around them, and process their inner turmoil.

Assassin’s Creed is also completely uninterested in characters, focusing only on the bigger plot. The Brotherhood repeatedly make a note of how their individual lives do not matter, only their purpose and work. While that might exactly be what a cult would like you to believe and need to further its survival, it isn't something that serves a film narrative well, when it itself barks in your face of everyone's unimportance.

In other places, the film drags on like the worst of Dan Brown novels, which bog themselves down in near-endless explanation and are always too busy in referencing icons from a bygone era to show-off its knowledge and fictional connections to a true past.

The Holy Grail, Illuminati, secret rituals, and cryptic messages – how ominous and cool! Assassin’s Creed relies on many of the same tricks to give weight to its pretend lore, in its mission to beg audiences for it to be taken seriously.

Its third act is the most puzzling of all, as it asks you to believe that blades and arrows still stand a chance in a 21st-century world full of guns, which are inconspicuously missing to ensure the Assassins don't immediately look like utter fools. It doesn’t help that most of the movie's themes are befuddling; its ideas and principles, even when they are drawn from the video games, make no sense even on the surface.

Assassin’s Creed harps on about how the Apple of Eden could serve as a cure for violence and aggression, but in the process, it loses sight of the bigger idea it posits – in that it’s the hunger for power, not violence, that has been the main problem for humanity.

The only worthwhile moments in Kurzel’s film are its well-choreographed action sequences. There's a certain dynamism and power to them, which benefits from the fact that most of it was performed in-camera by stuntmen, instead of extensive wire-fu or straight-up CGI investment. But Assassin’s Creed wastes its talented cast – it even has Jeremy Irons, Brendan Gleeson, Charlotte Rampling, and Michael K. Williams in addition to both Fassbender and Cotillard – for a story that’s entirely unforgettable, and simply no fun to take in.

If you like Assassin's Creed, you should participate in our giveaway where you can win a bunch of merchandise, from hoodies to keychains.