Four years ago, when writer-director Alex Garland (Ex Machina) came on board to adapt Annihilation – the first novel in Jeff VanderMeer’s best-selling Southern Reach trilogy – the only thing that existed was the manuscript for that first book. It wasn’t a problem for Garland though; he was interested in using VanderMeer’s ideas as a jumping point for his own explorations, and spin his own take on the sci-fi tale. It’s why the output – Annihilation is out now on Netflix worldwide, a little over two weeks since its theatrical bow in the US – has little to do with the book’s big plot points, even as it retains the title and the premise.

Annihilation centres on a Johns Hopkins biologist named Lena (Natalie Portman), who’s being interrogated in a quarantine chamber when the film begins. She’s not clear on most details: how long she was gone, how she survived without food, and what she deduced about the world within, but she’s quite clear on what happened to her companions: they’re dead or missing. By giving away the fate of characters yet to be introduced, Garland seems to be informing audiences that his film isn’t about who lives or dies, but something else entirely.

That something else is first teased after Lena’s introduction, as a meteor scorches through the air to hit a lighthouse, and properly introduced after she arrives in Area X, a growing patch of land around the lighthouse that has been evacuated owing to a giant soap bubble/ oil slick that defines its outer limits, and is called The Shimmer. Lena’s connection to Area X involves her missing husband Kane (Oscar Isaac, who worked with Garland on Ex Machina), who disappeared on a covert military mission, and miraculously returns one day after she has given up all hope.

But Kane isn’t anything like she remembers him, and the two soon find themselves brought to a government facility, where Lena learns the truth about her husband’s mission. He’s the first person to ever return from Area X, though with multiple organ failure. She volunteers to join the next expedition beyond The Shimmer – in a departure from previous military missions, this one takes a scientific approach, with a group comprised entirely of women – which involves psychologist Dr. Ventress (Jennifer Jason Leigh), paramedic Anya (Gina Rodriguez), physicist Josie (Tessa Thompson), and geomorphologist Cass (Tuva Novotny).

Annihilation takes a starkly different route to Lena’s involvement. In the book, she had applied and been accepted for a mission, while the film merely assumes that the crew could use a biologist. If they needed one, why didn’t they hire one in the first place? It’s why Garland gives Lena additional background as a seven-year US Army yet, which helps her last-minute credentials for a mission of such significance. What’s similar to the book is that Lena hides the fact that her husband was part of the previous expedition from her fellow crew members, expect Dr. Ventress who already knew.

So when Cass probes into Lena’s past, she opts to answer by saying that her husband was killed in combat, which seems to Cass as one of the myriad reasons that all five of them opted for a possible suicide mission. Garland uses the extra-terrestrial event of The Shimmer to probe into the human condition, and it’s why Annihilation chooses to keep Kane on a hospital bed, rather than a place in the grave in VanderMeer’s version. By doing so, the film turns a story about coping with the loss of a loved one into a look at our self-destructive nature, and how that manifests itself. 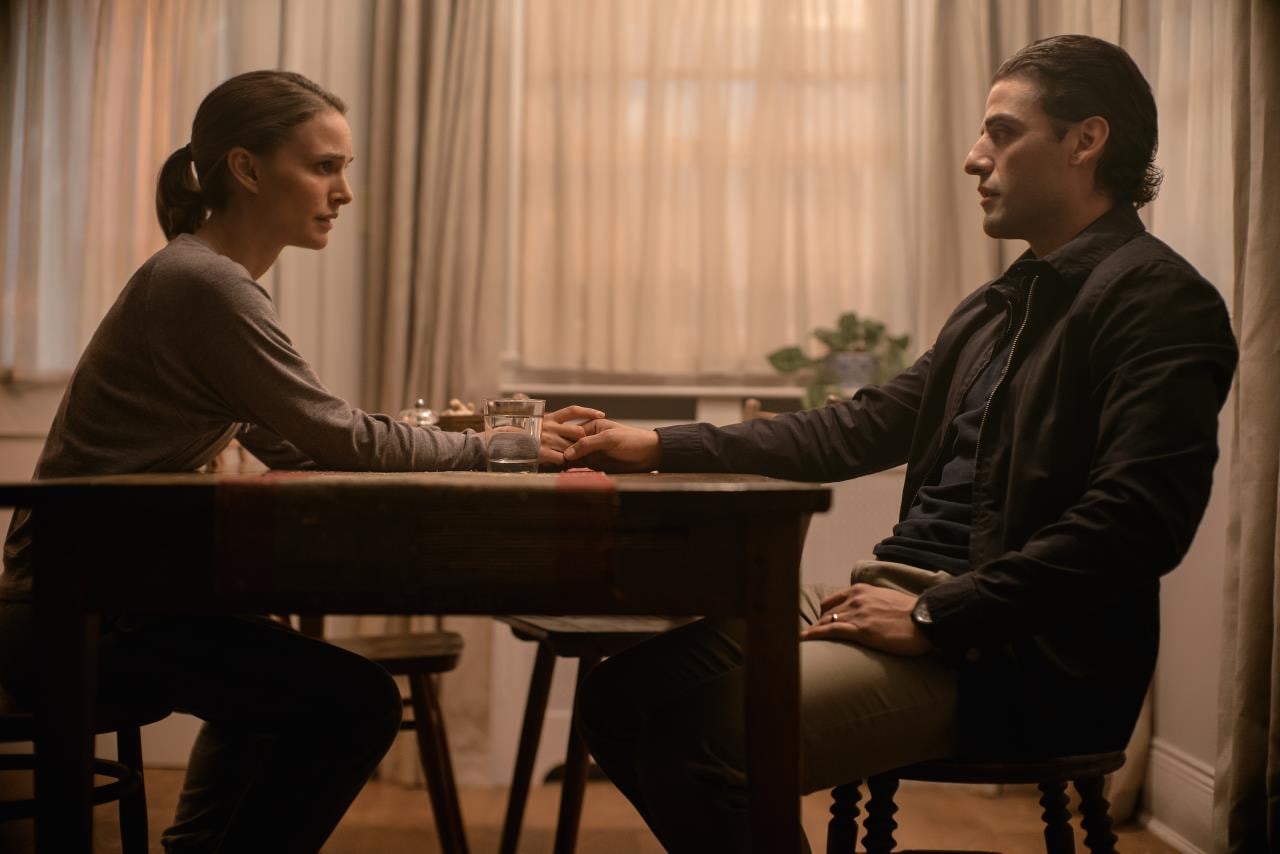 At the same time, Garland’s liberal adaptation is also less psychological than its source material, making use of cinematic thrills to drive up the ante, be it a massive alligator with mutated shark teeth, or a bear-like creature that can adopt the screams of its human prey to chilling effect. Though the film introduces two theories on what happens to every expedition via Anya – that they are killed by something or they go crazy and kill each other – Annihilation eschews many of the book elements that help support the latter, by getting rid of the hypnosis induced by the psychologist, which explains the title, in addition to the endless words being inscribed on the walls of the “Tower/tunnel”, a terminology debate that further added to the strangeness of Lena’s experience.

The nightmarish fauna is the only thing about Annihilation that’s mainstream sci-fi – something you expect of a horror survivor tale such as Alien – and tries to make it approachable, alongside the casting of big-name actors such as Portman and Isaac. The two have wonderful chemistry in the flashbacks, and a scene in bed where Lena pokes fun at Kane’s attempts to be coy and romantic is especially winsome, providing the only source of humour in an otherwise bleak, intellectual film that tackles heavyweight topics.

Annihilation benefits from the work of a strong supporting ensemble. Leigh is measured in the role that requires her to be restrained and straight-shooting as the team leader; Rodriguez and Thompson establish their serious-drama credentials after their winning work in Jane the Virgin and Thor: Ragnarok, respectively; Novotny is more than capable in her small role, and the film brings in Benedict Wong (Doctor Strange) to play Lena’s interrogator. Garland’s script doesn’t afford them much depth, but makes up for it by treating them as intelligent characters who don’t make stupid decisions simply for the sake of the plot. 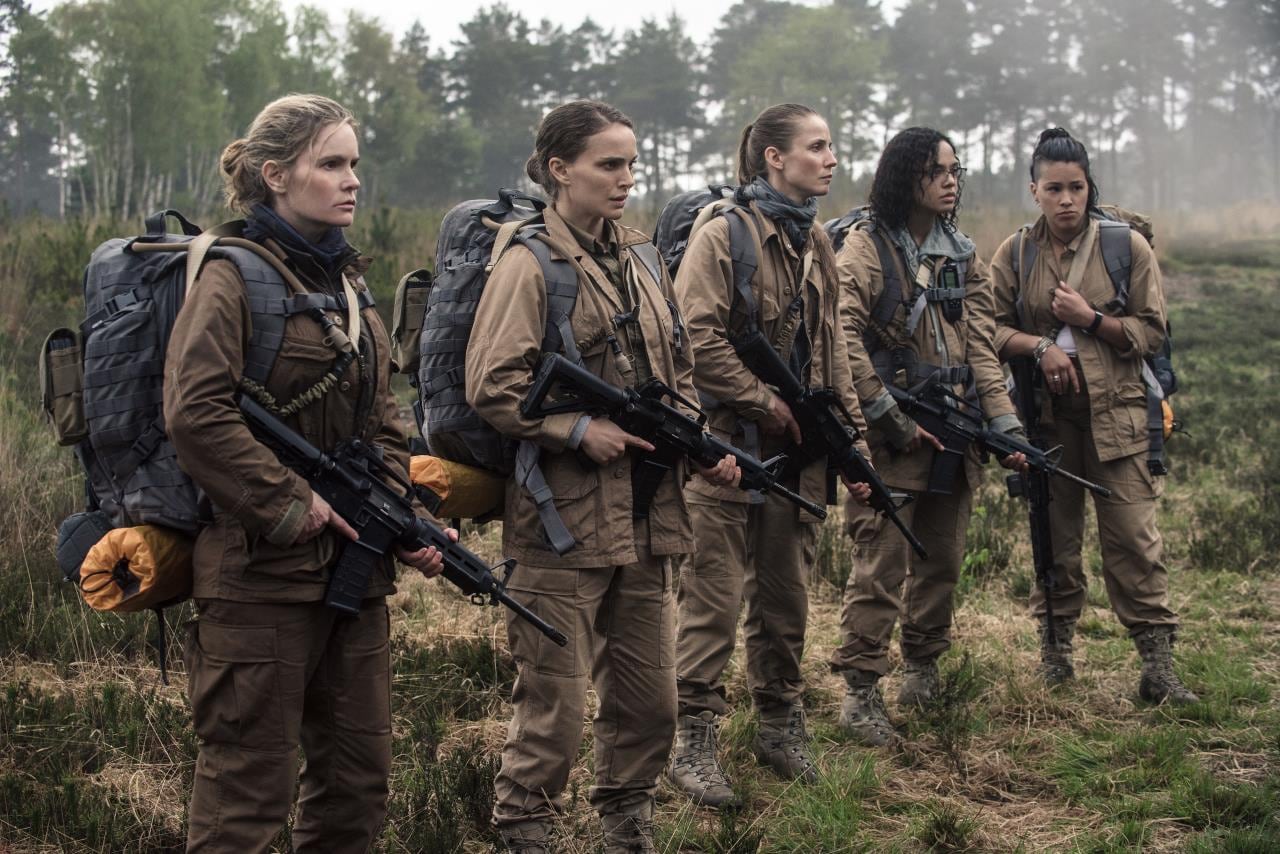 In addition, the film treats its audience with the same respect, inviting them to dig past the visuals – which are fantastic by the way, especially a living Mandelbulb towards the end, with Garland bringing the dream-like feel of VanderMeer’s written word to screen in ways that creep, surprise, awe, please, intrigue, and trip as they intend to, helped by a haunting background score from Ben Salisbury and Geoff Barrow – and find their own answers amid the forced ambiguity, which has naturally alienated some. But that same ambiguity can be a tad too opaque at times, turning contemplation into frustration.

Still, Annihilation is part of that rare sci-fi breed, like Blade Runner 2049 and Arrival before it, the film uses an improbable and far-fetched future to explore humanity from a new perspective, and not merely satisfy itself and the epic-scale-loving audience with a combination of production design, cinematography, and visual effects. It's a shame Paramount shirked away the responsibility of releasing it theatrically globally (except the US and China), given that it would benefit from a big screen and sound experience, but Garland’s film doesn’t need that to make you think.

Further reading: Annihilation, Netflix, Paramount, Alex Garland, Natalie Portman
Akhil Arora Email Akhil Akhil Arora covers entertainment for Gadgets 360, interviewing stars such as Christian Bale and Anurag Kashyap, covering series premieres, product and service launches across the globe, and looking at American blockbusters and Indian dramas from a global socio-political and feminist perspective. As a Rotten Tomatoes-certified film critic, Akhil has reviewed over 150 movies and TV shows in over half a decade at Gadgets 360. When he is not completely caught up with new film and TV releases, Akhil ...More
Acer Swift 5 Laptop, Weighing a Mere 970 Grams, Launched in India: Price, Specifications, Features
Google Images Results on Mobile Will Now Show Captions