Corbin Bernsen as Vulcan in a still from American Gods

“Did you just name drop Jesus Christ like you know a guy who knows a guy?” Laura asks Mad Sweeney in the sixth episode of American Gods, “A Murder of Gods”. It’s only slightly connected to the opening vignette we get featuring Mexican immigrants crossing over to the US, with the bigger connection reserved for the man – umm, God – Shadow and Wednesday will meet on their travels.

Note: spoilers below for the sixth episode of American Gods.

This week’s episode, after the frenetic pace of last week, felt it meandered needlessly. Unlike Neil Gaiman’s book, the show now has two parallel road-trips. The first is the one we’ve been following since the premiere, with Shadow and Wednesday, on a journey across America to gather the Old Gods for a coming war against the New Gods. The other, beginning this week, is the pairing of Laura, Sweeney, and Salim.

The latter conveniently shows up at the same motel the other duo were holed up at, in the taxi he was given earlier in the season. Salim pulls a gun on Sweeney when he finds the latter trying to hotwire his car. Sweeney had decided on it after revealing that he can’t manage the alarm on the more modern car Laura picks out in the parking lot. Having overheard Sweeney tell Laura that he’s a leprechaun, Salim asks him if he’s ever met a Jinn.

After Sweeney gives a description that matches who Salim met, he tells Salim to drive them to Kentucky. “I’ll tell you where to find a whole murder of Gods, demi and otherwise, every goddamn one of them,” Sweeney adds. They don’t end up in Kentucky, though, after Laura decides to embark on a detour to Indiana, seeing the third member has slept off in the back. 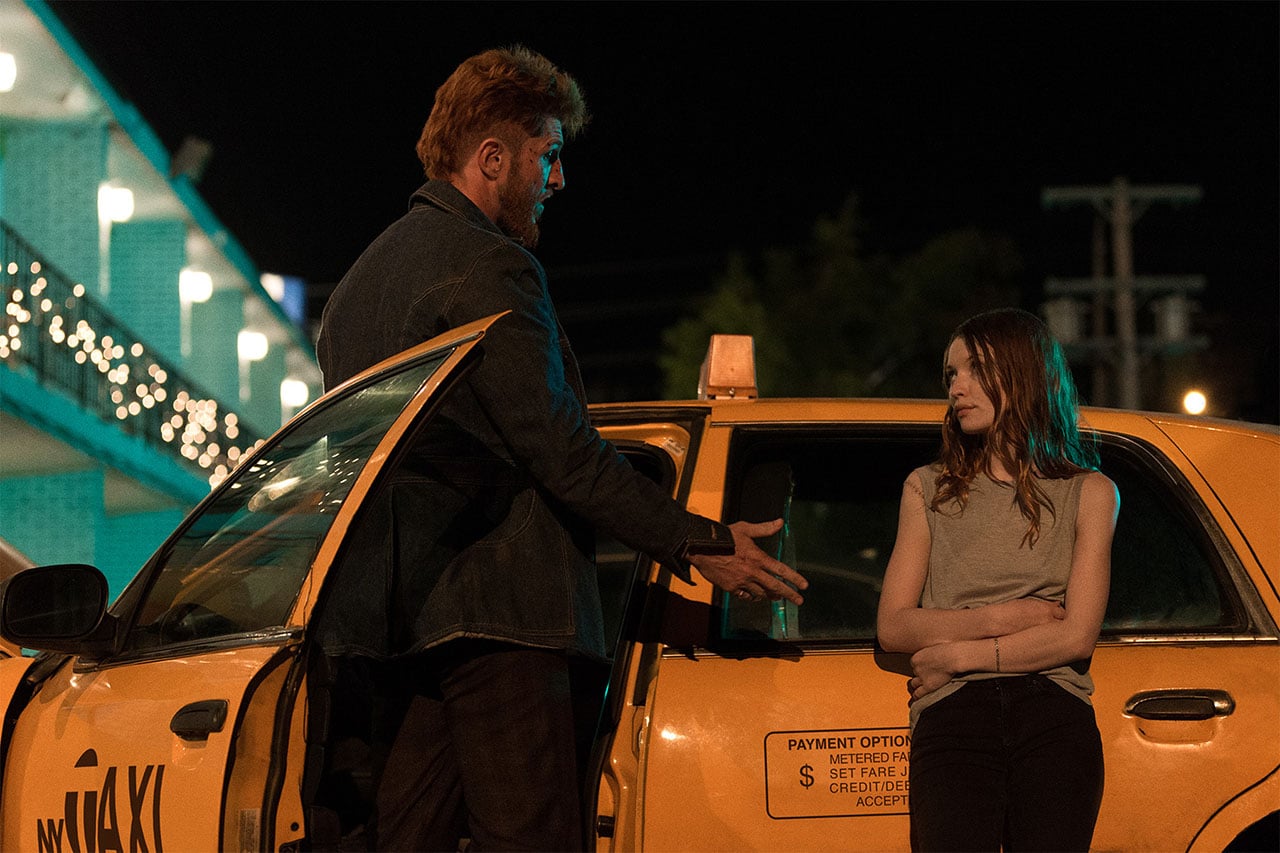 Given that she seems to share Salim’s “f– those assholes” motto – she used to pray her family would disappear, and says she’s thankful that she won’t have to hear her mother say her name, or have to eat her cooking – it’s a bit strange that she still feels a need to see them. The detour raises even more questions when it fails to achieve anything, except another trip to Jack’s Crocodile Bar from the premiere, which is a good way of reusing a set that probably took a lot of money to construct.

It’s almost as if the writers needed to send the trio off for a literal detour, while they could arrange the other pieces on the board for this season’s home stretch. We’re only two episodes away from the finale, though the constant world-building showrunners Bryan Fuller and Michael Green (along with the help of Gaiman himself) keep doing doesn’t make it look like they’re going to offer up many answers.

This episode introduced another new character, Vulcan (Corbin Bernsen), the ancient Roman god of fire, who has adapted himself with time. He’s also not the only one, with Wednesday revealing a little while earlier what the mad tree we’ve been seeing truly is. It’s another Old God who sold his forest for a new life as Mr. Wood, as he pulls out a horrifying creeper by placing one hand on Shadow’s wound, and another on his heart.

While Mr. Wood exists in the book, Gaiman personally wrote the character of Vulcan to define America’s obsession with guns. The trouble is that, given American Gods’ penchant for visual flair and panache, the way the montage of bullet production is framed, it’s hard to tell if the show is glorifying firearms, or intended to come off as a subtle satire of how strongly Americans take their gun laws. 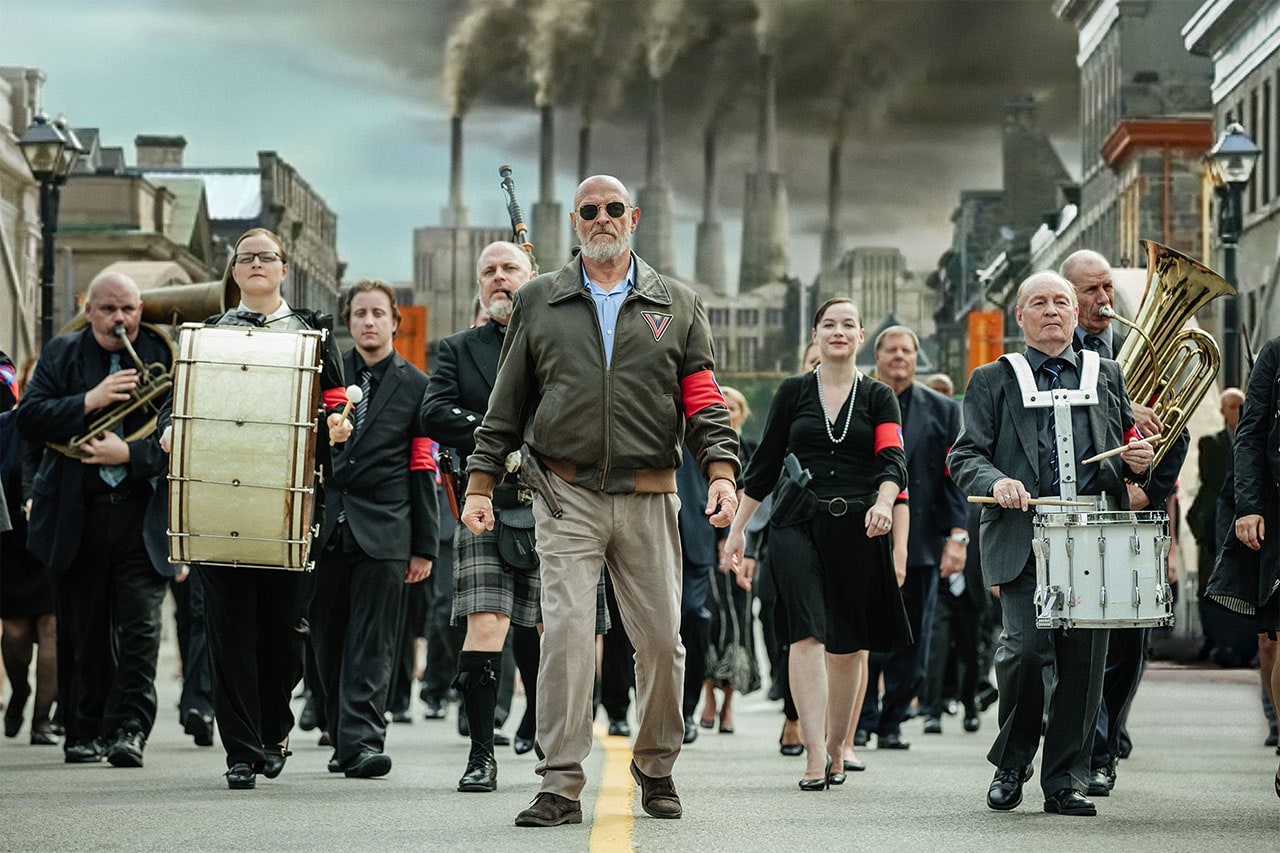 The town of Vulcan, Virginia – named after the God himself – is solely devoted to their manufacture, and it treats the death of a site supervisor, who falls into the molten lava, as an excuse to close the town, and dispel their guns in salute. There’s an obvious Nazi-feel in the manner of the red armbands worn by the citizens, and Wednesday lays out why that’s so: “There aren’t just two Americas. Everyone looks at Lady Liberty and sees a different face. Even if it crumbles under question,” to shots of people proudly bearing arms, even old women in wheelchairs.

Wednesday greets Vulcan as an old friend, and after the two reminiscence about old times, Vulcan takes them to his home. “The power of fire is firepower,” he says. “Not God. But god-like.” In mythology, he was described as the God of volcano, metalworking, and the forge. Since those crafts have faded over the ages, Vulcan has allowed himself to evolve into the manufacture of firearms, with bullets etched in his name.

Those bullets show up in the episode’s ‘Coming to America’ segment, as a group of American cowboys mow down Mexican immigrants who crossed the river into the US. The list of the fallen includes the Mexican Jesus – whose existence was hinted at by Wednesday in the third episode – as he tries to save a family by stepping in front of them. Jesus lands in the desert belly up in the crucifixion pose, and as a tumbleweed rolls across his face, it leaves behind a crown of thorns on his forehead.

Of course, he’s not the only God that gets murdered; the episode title is plural for a reason. Vulcan’s comments about Shadow’s lynching raises questions in the latter’s mind, wondering who told him about it. Wednesday says it didn’t occur to him, and when Shadows puts two and two together, the old man says he’s been thinking of a “personal f– you retort”. 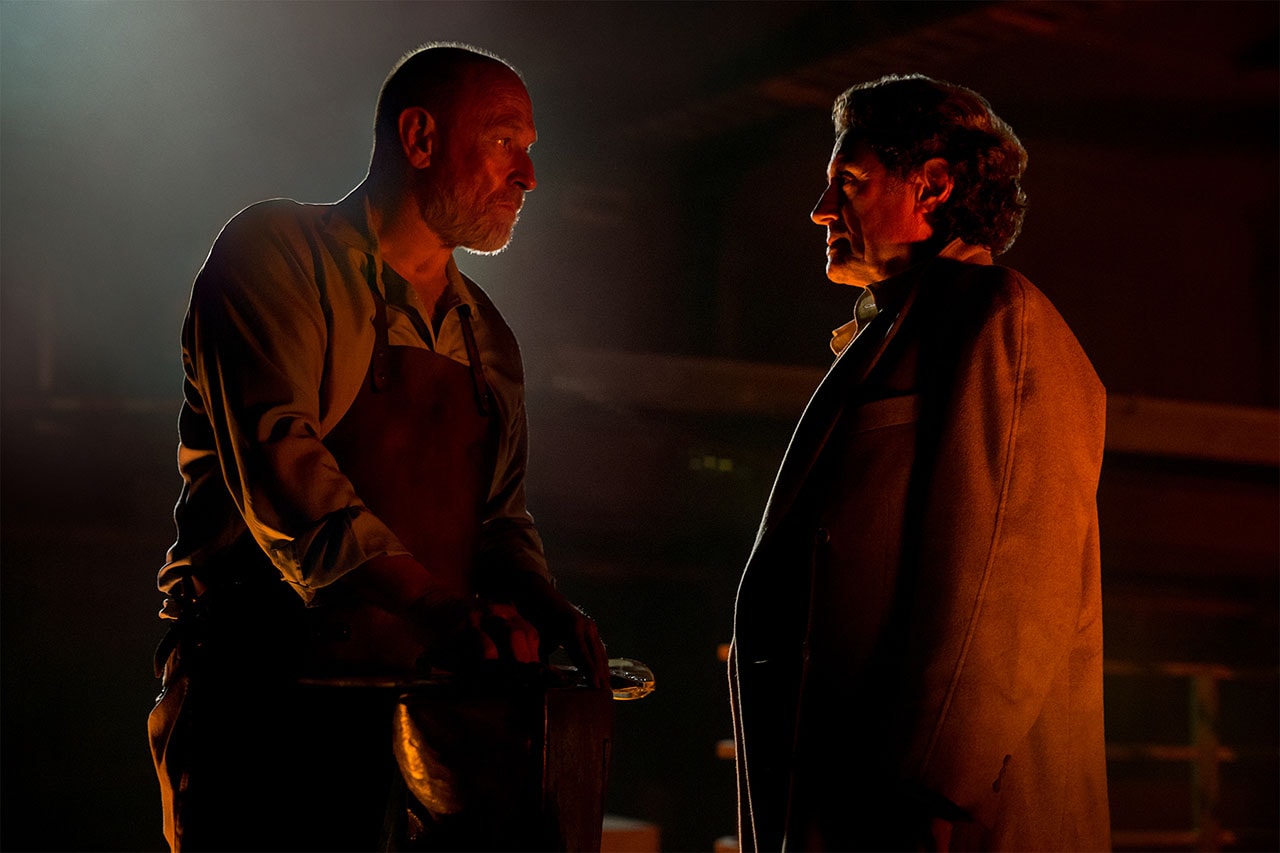 Corbin Bernsen as Vulcan, and Ian McShane as Mr. Wednesday in a still from American Gods
Photo Credit: Jan Thijs/Starz

Down in the forge, after Vulcan forges a new sword for Wednesday, he bites after Grimnir asks whether they’ve been sold out. While Wednesday declined Mr. World’s offer, it seems Vulcan readily accepted the brand makeover he was given. “They put power back in my hand,” he adds, “and I gotta tell ya, it feels good.”

Wednesday is aghast at him switching sides, joining with those he believes to be the oppressor. Thinking on his feet, he beheads Vulcan in a swift stroke with the new blade, and then pushes him into the open fire. He’s not done, though. As an on-the-edge-of-retching Shadow grabs the sword, Wednesday urinates on top of the burning corpse, and lays down a curse on the factory. It’s not exactly clear how that will affect the bullets, but it’ll hopefully play out soon enough.

The episode closed out with the other travelling trio, who make an early morning stop on the road for Salim. For a fantasy show that’s ultimately about a war between different Gods, it’s nice to see a gentle portrayal of cultures that tend to be severely stereotyped on American TV. After the Omani turns to Laura, and says: “Allahu Akbar. God is great,” the dead woman replies: “Life is great.” Salim smiles back at her, and concurs: “Life is great.”

The two have gone through very different experiences recently, but have come out with a better appreciation of the same thing. Both seek the men that mean everything to them, even as their reasons for doing so vary widely. Mad Sweeney may not share their enthusiasm, but that won’t stop them from smiling to themselves, and basking in the sun’s glow.

Further reading: American Gods, Prime Video, Starz, Neil Gaiman
Akhil Arora Email Akhil Akhil Arora covers entertainment for Gadgets 360, interviewing stars such as Christian Bale and Anurag Kashyap, covering series premieres, product and service launches across the globe, and looking at American blockbusters and Indian dramas from a global socio-political and feminist perspective. As a Rotten Tomatoes-certified film critic, Akhil has reviewed over 150 movies and TV shows in over half a decade at Gadgets 360. When he is not completely caught up with new film and TV releases, Akhil ...More
Facebook Working on a Teen Messaging App Called 'Talk': Report

product The sixth episode of the first season creates a new trio, as Shadow and Wednesday meet Vulcan on their travels south.