Ricky Whittle as Shadow Moon in a still from American Gods

One of the joys of watching Neil Gaiman’s mythology-inspired Americana fantasy adapted for TV is that there are virtually no limits to the settings and storylines. For a series that’s only into its third episode, we’ve observed a woman consume people through her vagina, a trickster with a colourful tarantula on its head spin stories, and a deceased sitcom actress talk through TVs at a shopping mall.

Like Shadow, we have been thrown into this world where anything is possible, and are struggling to understand it. When Mr. Wednesday tells his bodyguard: “You are pretending you cannot believe in impossible things,” in the third episode, “Head Full of Snow”, it’s as much intended towards us, as it is for the protagonist.

American Gods Recap: Season 1, Episode 2 "The Secret of the Spoons"

Note: spoilers below for the third episode of American Gods.

This week, American Gods transported us into more fantastical realms, giving us a fire escape that led to a heavenly desert over the New York borough of Queens, and a sex scene that lifted into the starry skies for a brief period. And that’s not counting the time Shadow went up a ladder that never existed, or brought snow into Chicago by merely thinking of it.

“Well if you choose to believe that you made snow,” Wednesday tells Shadow, “then you get to live the rest of your life believing that you can do things that are impossible.” That obviously doesn’t sit well with Shadow, who thinks of himself as a logical and rational man. He says he’d be “genuinely deluded” if he believed the impossible things happening around him.

However, the episode’s best moments were the ones that didn’t involve the road-trip duo. We were treated to the introduction of two new Old Gods that felt both otherworldly and human at the same time. It also marked a departure from the ‘Coming to America’ vignettes we had been shown in the first two episodes as a cold open, with it now saying ‘Somewhere in America’. 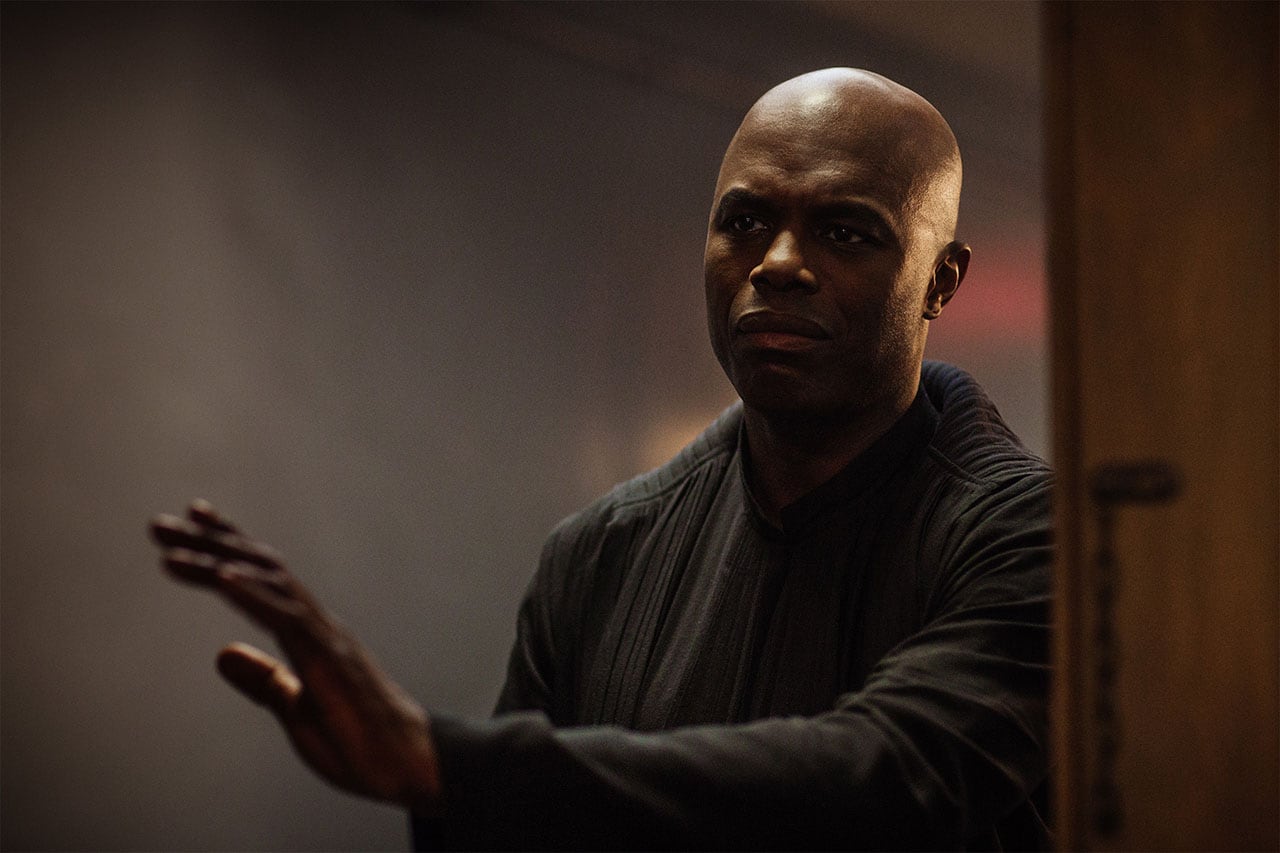 The first of those took place in Queens, with Mrs. Fadil (Jacqueline Antaramian) cooking dinner for her grandkids, and a Sphynx cat nearby. She’s delicately balanced on a rickety stool, trying to reach for a jar, and though we expect it to topple, she safely comes down. But soon there’s an unexpected visitor – Chris Obi as ancient Egyptian god Anubis – who tells her she’s dead. She rebuffs him, and tells him to take whatever he wants if he’s a thief.

The man says he’s here to bring her with him, and adds: “I am of Death”. She turns around to find herself spooled on the floor, having an out of body experience. There’s a tenderness to this exchange between Mrs. Fadil and Anubis. They both then climb up the fire escape, which eventually ends up in a desert, with visible stars and galaxies in the background.

Anubis brings her to a scale, and then casually tears out her heart to weigh it against a feather. “I was using that,” she jokingly reprimands him. After the scales balance out, Anubis leads her to five doors, and asks her to choose her path. She instead asks him to pick one where she won’t have to see her father, and then she’s sent off into the abyss.

Midway through the episode, we met an unsuccessful Omani salesman called Salim (Omid Abtahi), who returns to his hotel after waiting an entire day to meet a buyer. The cab’s driver turns out to be the same man with flames in his eyes from the previous episode, The Jinn (Mousa Kraish). He reveals himself to be an Arab just like Salim, and claims to have visited the city of Ubar – “the lost city of towers” – which disappeared under the sands between one and two thousand years ago. 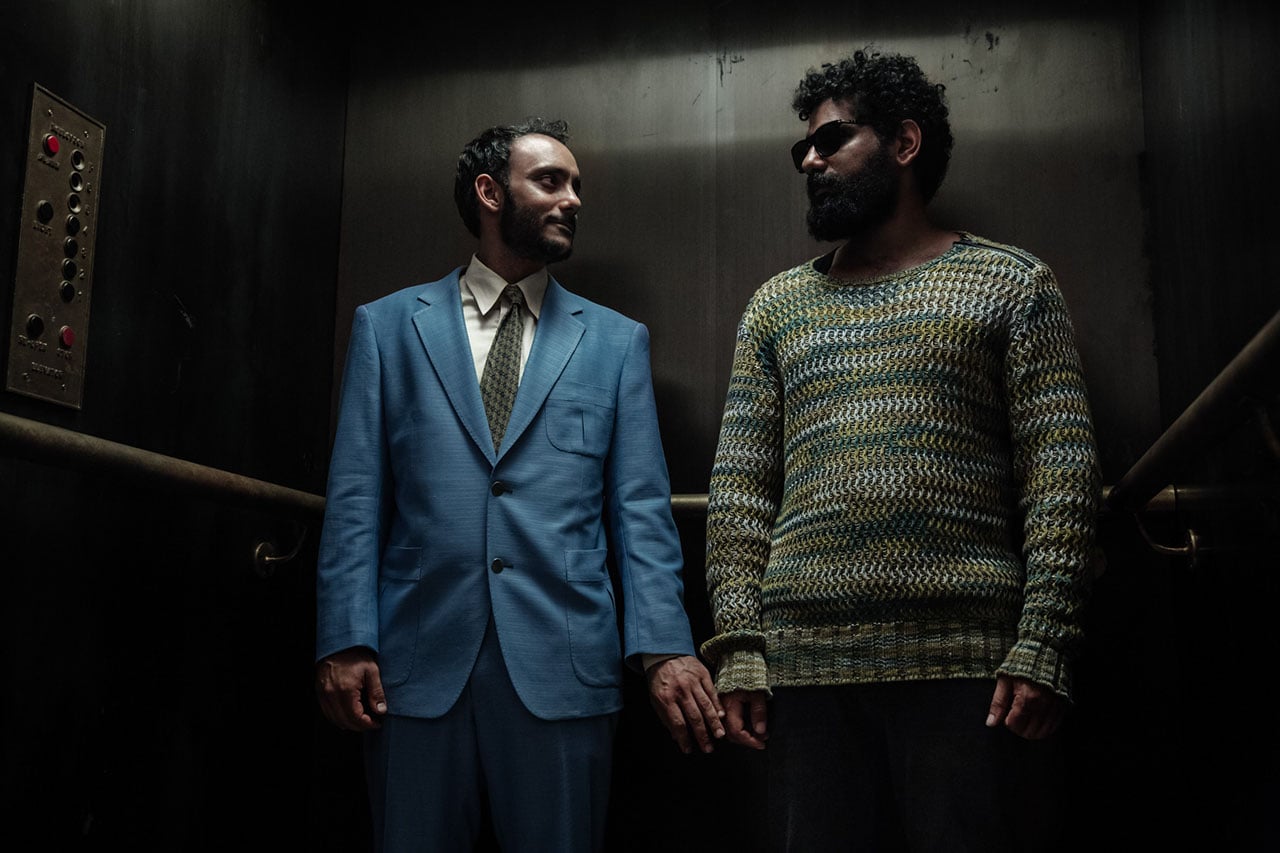 Omid Abtahi as Salim, and Mousa Kraish as The Jinn in a still from American Gods
Photo Credit: Jan Thijs/Starz

Those are the first hints that the cab driver is not just any man. Stuck in traffic on Manhattan’s Eighth Avenue, the driver falls asleep. Salim reaches his hand through the partition to wake the man, and just as he does, the cabbie’s eyes open to reveal bright flames. “There are angels,” Salim says, “there are men who Allah made from mud. Then there are the people of the fire, the jinn.”

A few moments later, Salim moves forward again and places his hand again on the driver’s shoulder, but this time it’s much more of a caress. The Jinn reaches back his left hand, and in a delicate moment – with a vision of sand dunes – the show reveals that both the characters are gay. So, when they make it to the hotel, they go up to Salim’s room. What follows is a nuanced and non-erotic treatment of sex between the two, which soon transcends into another starry desert like the earlier one. And when The Jinn is about to finish, his fire burns through Salim’s body as well.

In the morning, The Jinn is gone, and Salim finds the fiery man’s clothes and taxi license in the room. Putting them on, he smiles as he walks to the cab in the New York sunlight. The Jinn kept reminding Salim that his kind do not grant wishes, but for Salim, a new start as just another Middle Eastern cabbie (which also serves as a jab at how people of minorities look the same to most Americans) lets him disappear into the crowd, and is probably just what he needed.

Before all that, though, there was the matter hanging around from last week’s cliff-hanger moment. How would Shadow survive the concession he had made to Czernobog? Turns out the writers did toe the book line, as he proposed a second game with Czernobog, after attacking his ego that he might not be able to kill Shadow with just one blow. Shadow wins the rematch, so the old man agrees to come with them until Wisconsin and then kill him after. 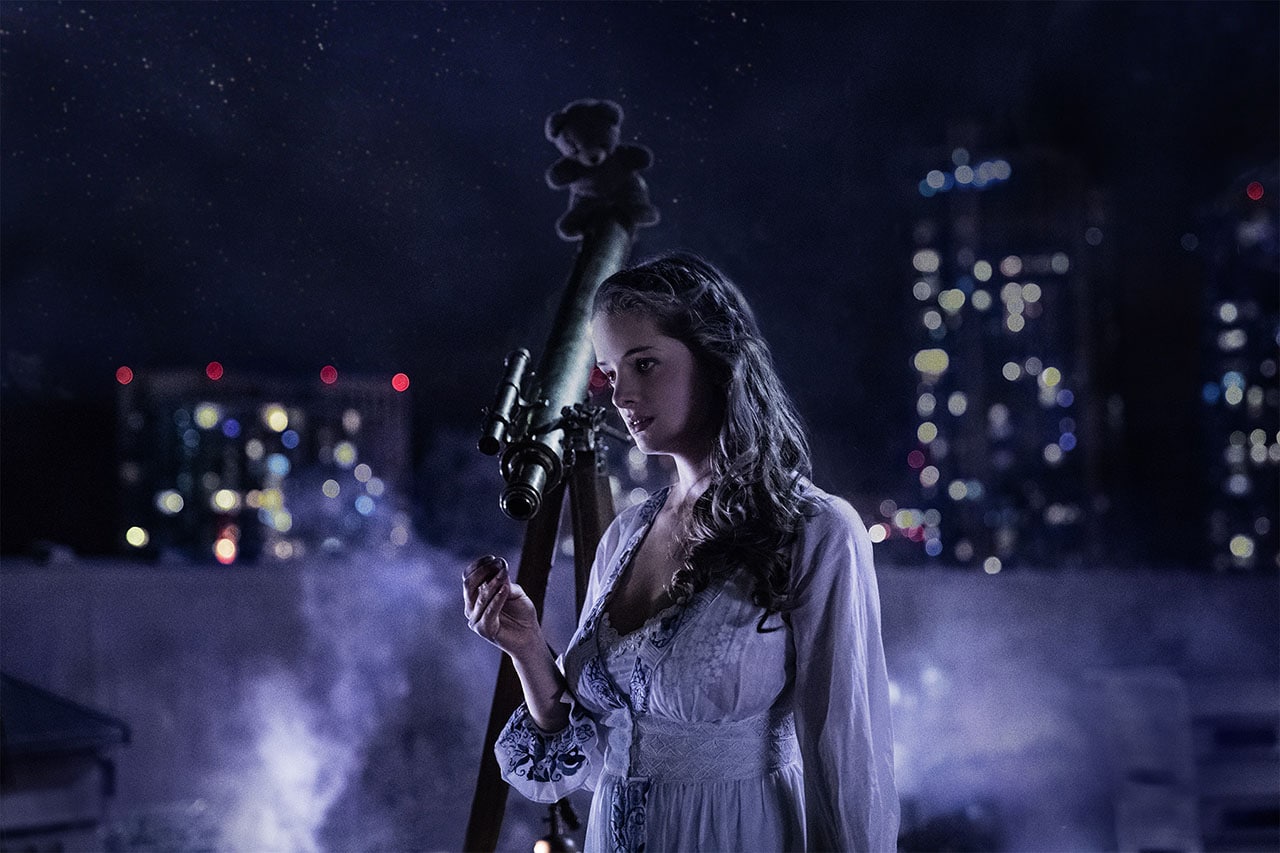 Shadow also met the third Zorya sister – Polunochnaya (Erika Kaar) – before the second checkers game, who is looking at constellations in the night sky. She points to Odin’s Wain, another wink-wink moment for the show, and the Great Bear, which is an alternative name for Ursa Major. Polunochnaya also expands on the role of the three sisters, and then tells him she can help him if he helps her.

Exasperated with the earlier demands, Shadow wonders what he must do now. All Polunochnaya wants, though, is a kiss, since she’s never experienced it. After they share a brief one, the woman says: “Kissing is disgusting, but in a nice way, like bleu cheese, or brandy.” She then casually plucks the moon out of the sky, and then gives it to Shadow, as a big silver dollar.

“Don’t give it away,” she tells him, as a call-back to when he threw the gold coin on Laura’s grave. It’s a moment that resurfaces much later in the episode, as Mad Sweeney (Pablo Schreiber) barges in while Wednesday and Shadow are having a meal. “This c—'s got my coin,” Sweeney barks. “Give me my coin, c—.” Shadow then brings him up to speed, telling him to go to Parkview Cemetery in Eagle Point if he wants his “lucky coin”.

Sweeney’s coin search also closes out the episode, as he digs and digs to find a hole in the casket they buried Shadow’s wife in, with her body missing. And back at the motel, Shadow walks into his room, and finds Laura waiting. The Gods walk the Earth, and now the dead rise too, thanks to a coin.

Further reading: American Gods, Starz, Prime Video, Neil Gaiman
Akhil Arora Email Akhil Akhil identifies himself as a stickler for detail and accuracy, and strongly believes that robots will one day take over most human jobs. In his free time, you will find Akhil beating the computer at EA Sports FIFA or streaming new highly-rated TV series. More
WannaCry Ransomware: Global Cyber-Attacks Fuel Concern About US Vulnerability Disclosures
Your Password Is Terrible and Everyone Wants to Fix That