Katherine Waterston as Daniels in a still from Alien: Covenant

The name Alien has currency in Hollywood and with horror and sci-fi fans for a lot of right reasons. Thanks to the efforts of Ridley Scott in 1979, and those of James Cameron in 1986, we were treated to a nightmarish version of alien life that was unforgiving in all aspects, even birthing itself in an ultra-violent fashion. In many ways these were timeless films that hit upon that dread of the unknown, and exploited it for maximum bloody effect.

So, when Scott proposed the idea of a tangential entry in 2012 with Prometheus – a prequel set before the events of the 1979 original – there was genuine interest from many circles. Unfortunately, it failed to live up to its predecessors, being too busy in exploring existential quandaries. Alien: Covenant, the second prequel, is a direct sequel to Prometheus. But it’s a different film in every other way, and sees Scott returning to his roots.

That’s not to say Scott is fully willing to leave behind the philosophical thinking. Covenant begins with a prologue, set before the events of the Prometheus mission, which touches upon many of the same questions the first prequel wished to explore – the origin of humans. Peter Weyland (Guy Pearce), the founder and CEO of Weyland Corporation, has a chat with Michael Fassbender’s synthetic human, whom he asks to pick a name. Looking at a reconstruction of Michelangelo’s famous sculpture, the android chooses to call itself ‘David’. 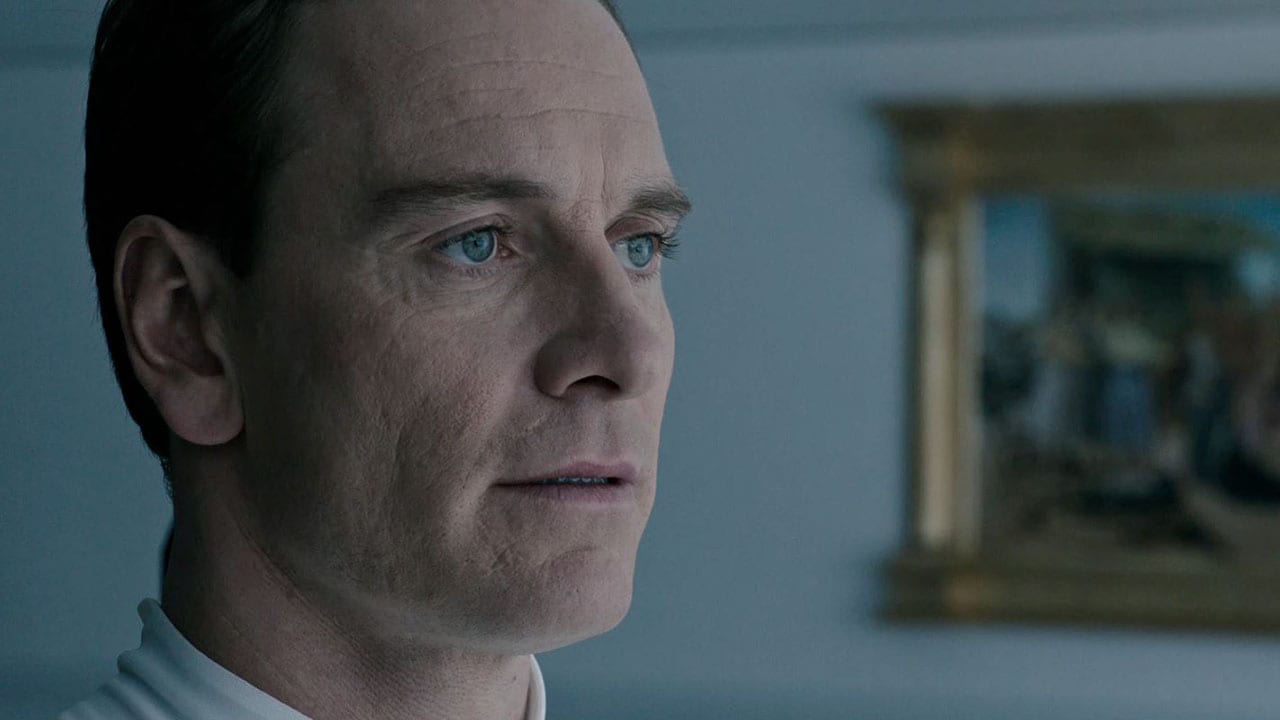 Michael Fassbender as David in a still from Alien: Covenant

The film then jumps to 2104, ten years after Prometheus, and eighteen years before Alien. A ship called the Covenant is headed for a distant planet called Origae-6, carrying 2,000 colonists and over 1,500 embryos, plus dozens of crew members. Another android, called Walter, is looking after the ship while everyone’s asleep, but a solar flare incident causes the crew to wake up from their cryogenic sleep cycles.

Covenant’s captain – Branson (James Franco, appearing for a minute) – doesn’t even make it out of his cryo-chamber alive, and the ship’s reins are passed down to first mate Oram (Billy Crudup), who decides to change course after they intercept a strange transmission from a nearby planet. Daniels (Katherine Waterston), the dead captain’s wife, says there’s too much at stake for a sudden change in plans, but her concerns are overruled.

Making up the crew alongside Oram and Daniels are chief pilot Tennessee (Danny McBride), his wife Faris (Amy Seimetz), security detail Lope (Demián Bichir) and Hallett (Nathaniel Dean), and Oram’s wife Karine (Carmen Ejogo). Though the film has an extensive cast, you’d be hard pressed to remember the names of anyone except Daniels, since the film has little interest in character development. When the crew arrives on the planet in question, they are surprised to find one that’s very much Earth-like, from its similar gravity to the crops grown. But this is an Alien movie after all, which means unimaginable horror lies in wait.

Scott’s new film paces itself like the original, beginning with an intriguing if slow build-up before the monsters roll in. The scare sequences, featuring xenomorphs of all different sizes, are truly terrifying and Scott is able to bring back what worked so well for him almost four decades ago. A sequence towards the end even re-packages the whole of 1979's Alien, which is either a nice homage or repetition, depending on how you perceive it. The director ratchets up the tension by reintroducing Prometheus' David to the plot, who has learned the ways of the aliens in the intervening decade, and imagines a higher calling for himself.

In there also lie some of Covenant's problems. As much as the tonalities of Scott's 20th-century creation are apparent in this slick, CGI-powered reincarnation, its continuous desire to prescribe pseudo-intellectual talk gets in its way. It's not an unwelcome addition – Denis Villeneuve's alien contact film Arrival shows how potent and touching a high-minded sci-fi narrative can be, and Scott himself has dealt with the theme of "android with a soul" very well on Blade Runner, a film coincidentally now getting a follow-up from Villeneuve – but Alien: Covenant feels stuck between making its audience jump in their seats, and trying to stir a debate about our purpose in the universe.

Though the film seems interested in understanding what it means to play God – David's knowledge of his creator, Weyland, put him on his path – its philosophical ramblings are window dressing over what is ultimately a horror flick filled with xenomorphs running at and jumping on people. Ultimately, Covenant doesn't even bother to neatly tie into the existing Alien timeline, though it carries that title. Rather, the name is meant to remind audiences of what to expect from the movie. And should those expectations involve chest-bursting aliens causing endless havoc, then Alien: Covenant is the right film for you.

product Ridley Scott returns to the franchise he birthed, with an all-new space crew and Michael Fassbender playing a new android.
Comments

Further reading: Alien Covenant, Ridley Scott
Akhil Arora Email Akhil Akhil identifies himself as a stickler for detail and accuracy, and strongly believes that robots will one day take over most human jobs. In his free time, you will find Akhil beating the computer at EA Sports FIFA or streaming new highly-rated TV series. More
OneDrive for Windows 10 Will Download Files on Demand, Freeing Up Space on Your PC
OneDrive Mobile Apps Add Support for Offline Folders, OneDrive for iMessage Launched