A Series of Unfortunate Events Is the Same in Season 2, Which Is Both Good and Bad

Through a combination of fourth-wall breaking, self-deprecation, black humour, absurdist storytelling, and three interesting children surrounded by an eccentric bunch of adult characters, A Series of Unfortunate Events made a splash with its debut on Netflix last year, successfully bringing Lemony Snicket’s – pen name of author Daniel Handler – best-selling children’s book series to life. Part of that success was owing to Handler’s own heavy involvement: he executive produced the show, wrote more than half the episodes, and even had a hand in composing the opening theme.

That it all worked so well for the most part meant what followed – A Series of Unfortunate Events season 2 arrives Friday, March 30 – would have a tough time: it had to not just top what came before, but also brush out the parts that became tiring over a period. Chief among those was the repeated incompetence of the adults around them and the presenter effect – Patrick Warburton playing narrator Lemony Snicket and providing commentary, exposition, and explanations of language concepts – whose use as plot devices wore thin in the first season.

For better and worse, A Series of Unfortunate Events is more and less as it was. Adapted from books five through nine in Snicket’s 13-book series – a third and final season, already greenlit, will adapt the remaining four books – the second season picks up right where we last saw the unlucky Baudelaire trio: Violet (Malina Weissman) the inventor, Klaus (Louis Hynes) the reader, and Sunny (Presley Smith) the baby with sharp teeth, sitting on a bench in the gloomy boarding school, which becomes their fifth new home since their parents perished in a house fire.

As always, the children are at the receiving end of a series of unfortunate events, from having to stay in a dilapidated shack filled with crabs and dealing with a popular, entitled girl named Carmelita Spats (Kitana Turnbull) at school, to being thrust into the care of an entire village that forces them to do everyone’s chores and becoming fugitives after falsely accused in a murder. And as always, the evil and scheming Count Olaf (Neil Patrick Harris) who’s out to steal the Baudelaire fortune, is just one step behind them along with his oddball theatre troupe, relying on various disguises to infiltrate the environments they’re housed in.

While the Baudelaires are known for finding something to enjoy despite their perpetual-terrible circumstances, something – or rather, someone – finds them at the start of the second season. Duncan (Dylan Kingwell) and Isadora Quagmire (Avi Lake), who were introduced late into the first season as two of three children of the unnamed parents, played by Will Arnett (Arrested Development) and Cobie Smulders (How I Met Your Mother), attend the same school and become quick friends of the Baudelaires owing to various similarities.

For one, they’re orphans too. The Quagmires lost their parents and a sibling – they’re actually triplets, which becomes a running gag through season two of A Series of Unfortunate Events – in a house fire; they’re also literary adept: Duncan wants to be a journalist and makes quick notes, while poet-in-making Isadora is quite capable of writing couplets that double as clues. The friendship between the Baudelaires and the Quagmires is one of the few bright spots in an otherwise litany of terrible happenings, and it also contains flourishes of romantic interest between Violet and Duncan, and Klaus and Isadora. 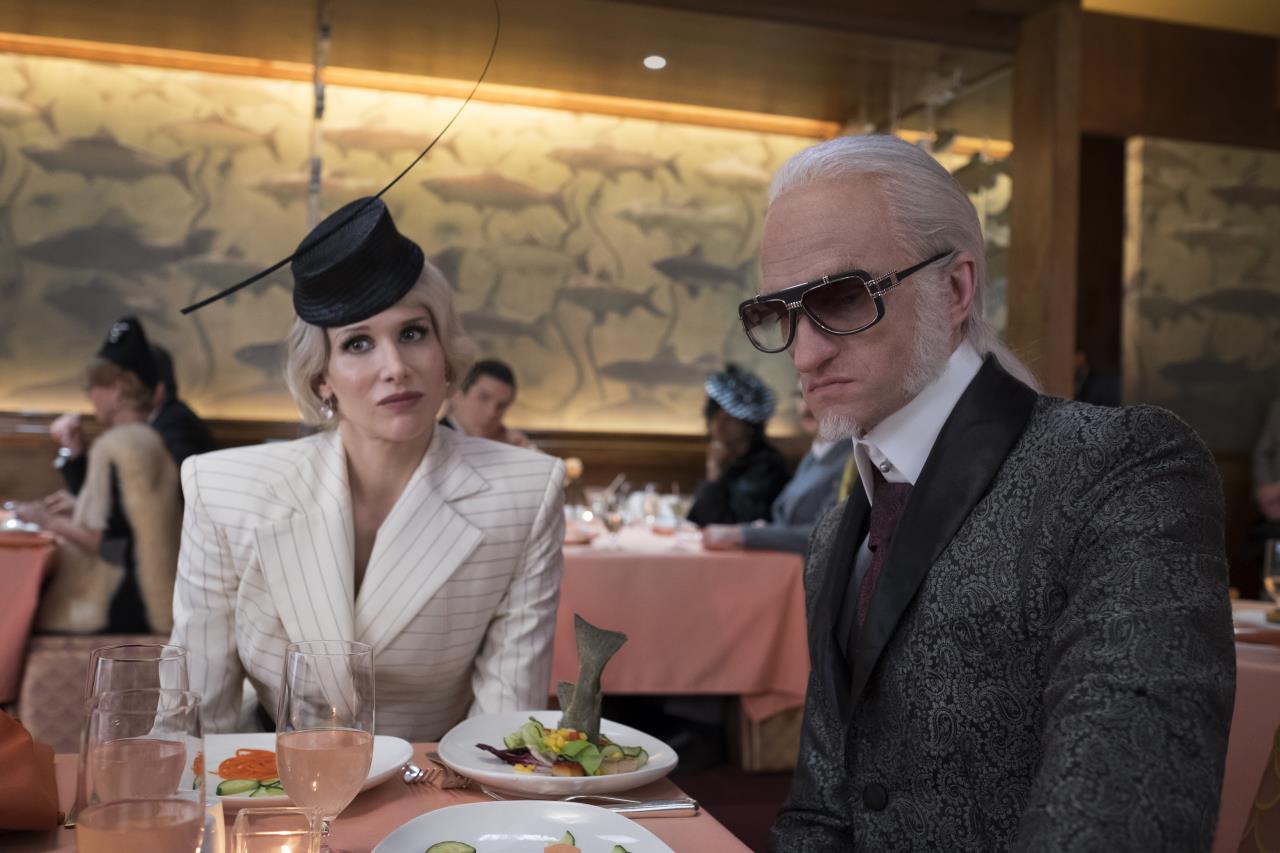 Lucy Punch as Esmé Squalor, and Neil Patrick Harris as Count Olaf in a still from Netflix's A Series of Unfortunate Events
Photo Credit: Joseph Lederer/Netflix

Don’t expect to see much of them, though. A Series of Unfortunate Events continues to be faithful to the books for the most part, which means it’ll keep finding ways to make the Quagmires unavailable for action, and remain focused on its protagonists and chief antagonist. Unfortunately, the latter – Harris’ Count Olaf, if you’re unclear – threatens to overshadow the Baudelaires in the new season, suffocating the screen with detailed explanations of his schemes. Olaf’s characteristics are enjoyable in small doses, but it seems that the writers were having so much fun with his character that they ended up giving him too much screen time.

But the bigger issue is that A Series of Unfortunate Events retreads the same ground in season two. This isn’t always a bad thing – the saying ‘if it ain’t broke, don’t fix it’ exists for a reason. But having watched the show mine a lot of humour from Olaf’s oddities, Sunny's adorableness and quasi-nonsensical lines (voiced by Tara Strong), Mr. Poe’s (K. Todd Freeman) coughing fits, and his journalist wife Eleanora’s (Cleo King) happiness over gossip-y headlines, the joy begins to minimise with every new repetition.

Thanks to new guest stars – in addition to Turnbull’s Carmelita – in Nathan Fillion (Castle), who plays Jacques Snicket and actively participates in the story unlike his brother Lemony, Lucy Punch (Bad Teacher) as wealthy new guardian Esmé Squalor, and Sara Rue (Less than Perfect) as an enthusiastic librarian named Olivia Caliban (a change from the books) among others, the show gets a much-needed dose of freshness. Turnbull really leans into the character’s self-assured status, there’s a winning chemistry between Fillion and Rue that blends suave and sexiness, and Punch provides a new dimension both before and after a twist we won’t spoil. 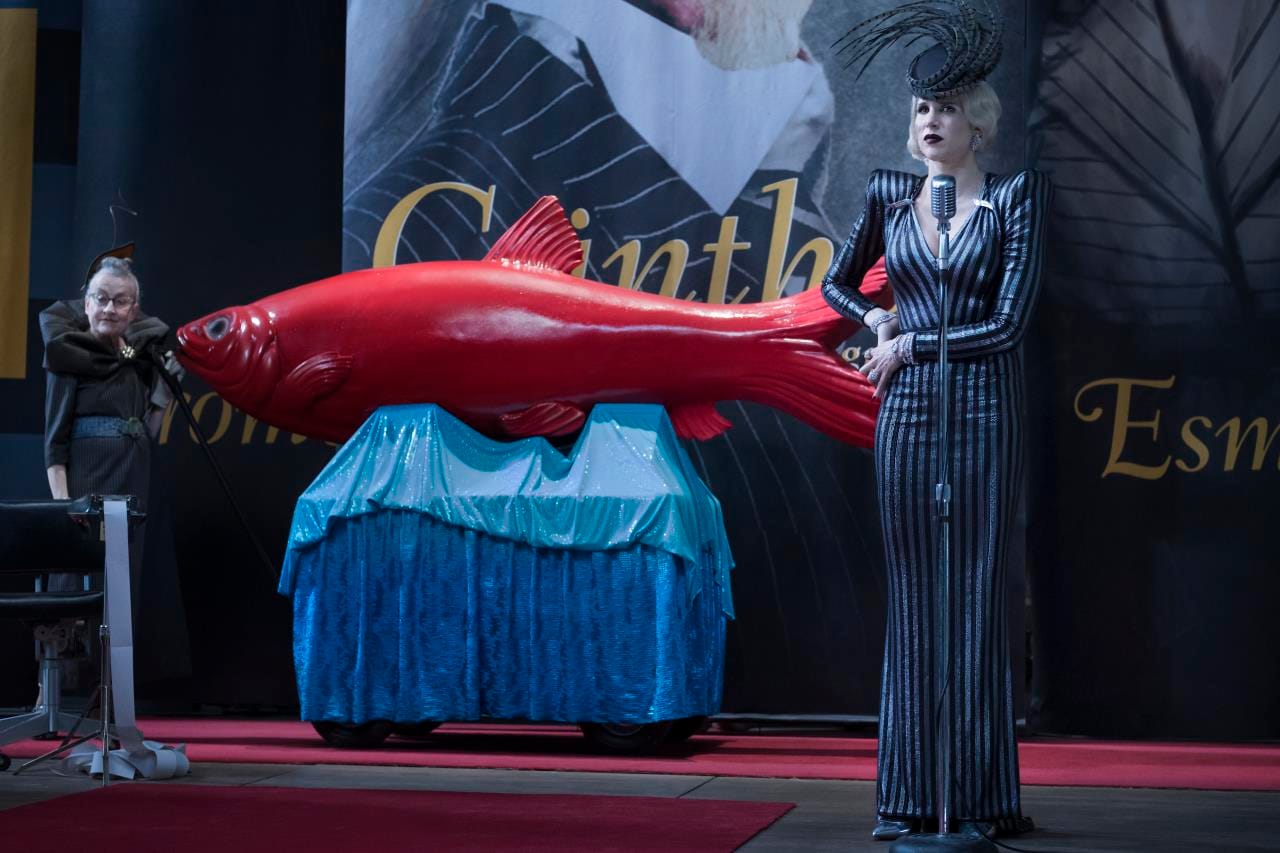 Lucy Punch as Esmé Squalor in a still from Netflix's A Series of Unfortunate Events
Photo Credit: Joseph Lederer/Netflix

Still, the quality of the second season is clearly a step down from its preceding year. Because the setting (and in turn, the additional supporting cast) changes every two episodes – each episode adapts one-half of a book, making for a total of 10 episodes – A Series of Unfortunate Events lives and dies by what those settings bring, how much fun it’s able to have with the new guardians, and whether it allows for the kids' talents to be showcased. The second-season output goes up and down as the setting changes, and there’s more listening and reacting to Olaf than watching the Baudelaires come up with ingenious solutions for their problems.

The Netflix series is at its best when it's examining something literary, be it an idiom or the misuse of a word. As always, it’s down to Warburton's Snicket to explain them in a deadpan manner – from “in the dark”, “on the lam”, “up in the air”, to “red herring” among others – and lay out the difference in the literal and figurative meaning. It’s not always limited to the narrator though, with the show introducing a village filled with crows as a clever way of foreshadowing events. And as before, it continues to have allusions and direct references to real-world things and people, including The Shining, the Emperor Nero, Wuthering Heights, and Henry Heimlich among others.

Of course, the show’s primary target audience won’t catch most of those references. But that’s okay. Hopefully, they’ll be driven to seek out and read up on the topics they don’t know about. And what better role models than the Baudelaires, who demonstrate the usefulness and value of both theoretical and practical knowledge over and over, and how a combination of the two – in addition to a never-give-up attitude – can work wonders. The second season of A Series of Unfortunate Events doesn’t evolve on what came before, but it’s an iteration that won’t make you wish you were watching something more pleasant, no matter how many times Snicket says so.

product Out March 30 on Netflix, the Baudelaires continue to be chased by Count Olaf in the new season, adapted from books five through nine in Lemony Snicket’s popular children’s novel series.
Comments

Further reading: A Series of Unfortunate Events, Netflix
Akhil Arora Email Akhil Akhil identifies himself as a stickler for detail and accuracy, and strongly believes that robots will one day take over most human jobs. In his free time, you will find Akhil beating the computer at EA Sports FIFA or streaming new highly-rated TV series. More
Mi TV 4, Mi TV 4A Flash Sale in India Today at 12pm on Flipkart, Mi.com
Dropbox Prices Shares at $21 for Friday Market Debut

A Series of Unfortunate Events Is the Same in Season 2, Which Is Both Good and Bad
Comment