Kyle MacLachlan as Dale Cooper in a still from Twin Peaks

When Twin Peaks premiered in 1990, it changed the television landscape in ways the creators - David Lynch and Mark Frost - couldn't have possibly imagined. I wouldn't get around to watching the show for another two decades, but its surreal bizarreness coupled with horrendous violence and sardonic humour still stood out as a unique phenomenon. A lot of that was made possible by Lynch's singular vision, whose fine-brush approach coloured in the series' aesthetic, tone, mood, and setting to a large degree. Sadly, studio pressure and a change in priorities contributed to a less stellar and more derivative second season, with Lynch delivering an epilogue prequel film to round out the story.

Its return, over 25 years later, brings Twin Peaks into a vastly different TV world, one where the medium has since afforded a lot more freedom, and seen the rise and fall of hundreds of imitators in all forms: be it the mysterious characters and supernatural happenings of Lost, down to the detectives and other-worldly aspects of The X-Files, the small-town idiosyncrasies of FX's Fargo, and the teenage murder-mystery iteration of Archie Comics in Riverdale.

At the time, Twin Peaks offered something that TV wasn't yet known for. Its picturesque American suburbia feel with an underbelly of strange happenings contributed to its charm. It helped that the actors embodied the enigma of the characters, from Kyle MacLachlan as Agent Cooper, to Lara Flynn Boyle as Donna Hayward. But it's also a case of being a much fonder memory for most due to the time that has passed. Audiences then ditched the show after Lynch was forced by ABC to reveal the murderer sooner than he wanted, which eventually turned the rest of season two into a dawdling mess, more so because Lynch and Frost's control lessened. 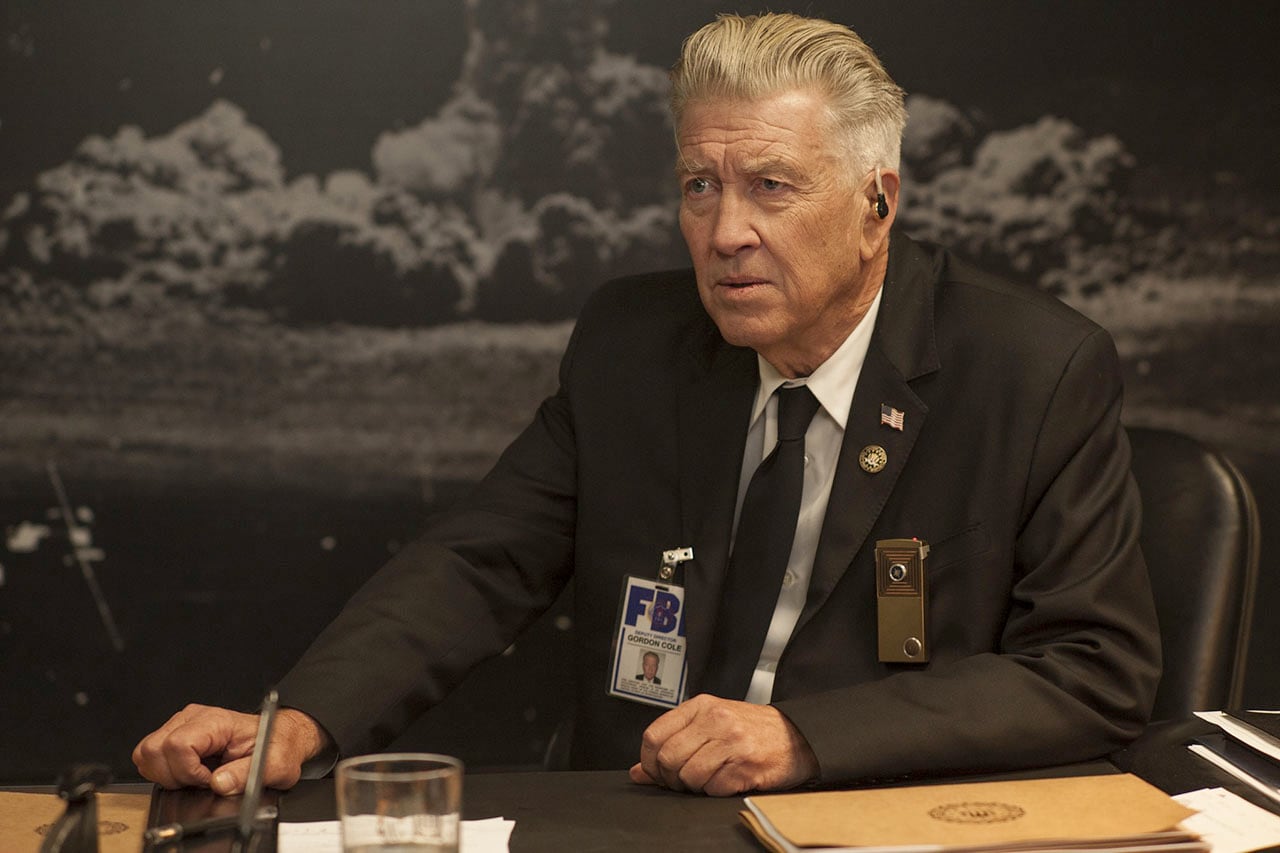 The new Twin Peaks comes at a very different time, when it's seemingly surrounded by dozens of auteur-driven upstarts, such as Noah Hawley's Legion and Fargo, Jonathan Nolan's Westworld, Vince Gilligan's Better Call Saul, and Ryan Murphy's American Horror Story to name a few, all of which are pioneering and influential in their own regard. In the era of Peak TV, it's much harder for a series to set itself apart, or be truly ground-breaking. And since the return of Twin Peaks can't possibly manage that, it doubles down on its off-kilter feel, refusing to stick with any conventional narrative sense, or even a central character that can tie it all, unlike even its own first season.

In that sense, Lynch - who hasn't directed any feature films since Inland Empire in 2006 - has seen fit to dial up the Lynchian meter to 12. Though they feature Angelo Badalamenti's iconic, haunting score, the first four episodes - two aired on Sunday, and two more were released right after to encourage sign-ups for Showtime's streaming service - are somehow weirder, more shocking and off-putting, and deliberately take place at a snail's pace. It's as if Lynch is daring his audience to stick around, while not caring at all about being inviting to any newcomers.

The first new shot shows a pick-up truck deliver shovels to Dr. Jacoby (Russ Tamblyn) living in the forest, and it seems to have been deliberately composed with the characters placed off-centre to encourage viewers into letting their minds wander. One of the later scenes feature a giant, empty glass box being watched by a man - a literal mystery box - in a Manhattan loft owned by an anonymous billionaire, which floats through our screens for several minutes. The Man from Another Place is now a sentient tree with a talking blob of skin on the top, the strange creation partly thanks to actor Michael J Anderson's falling out with Lynch. 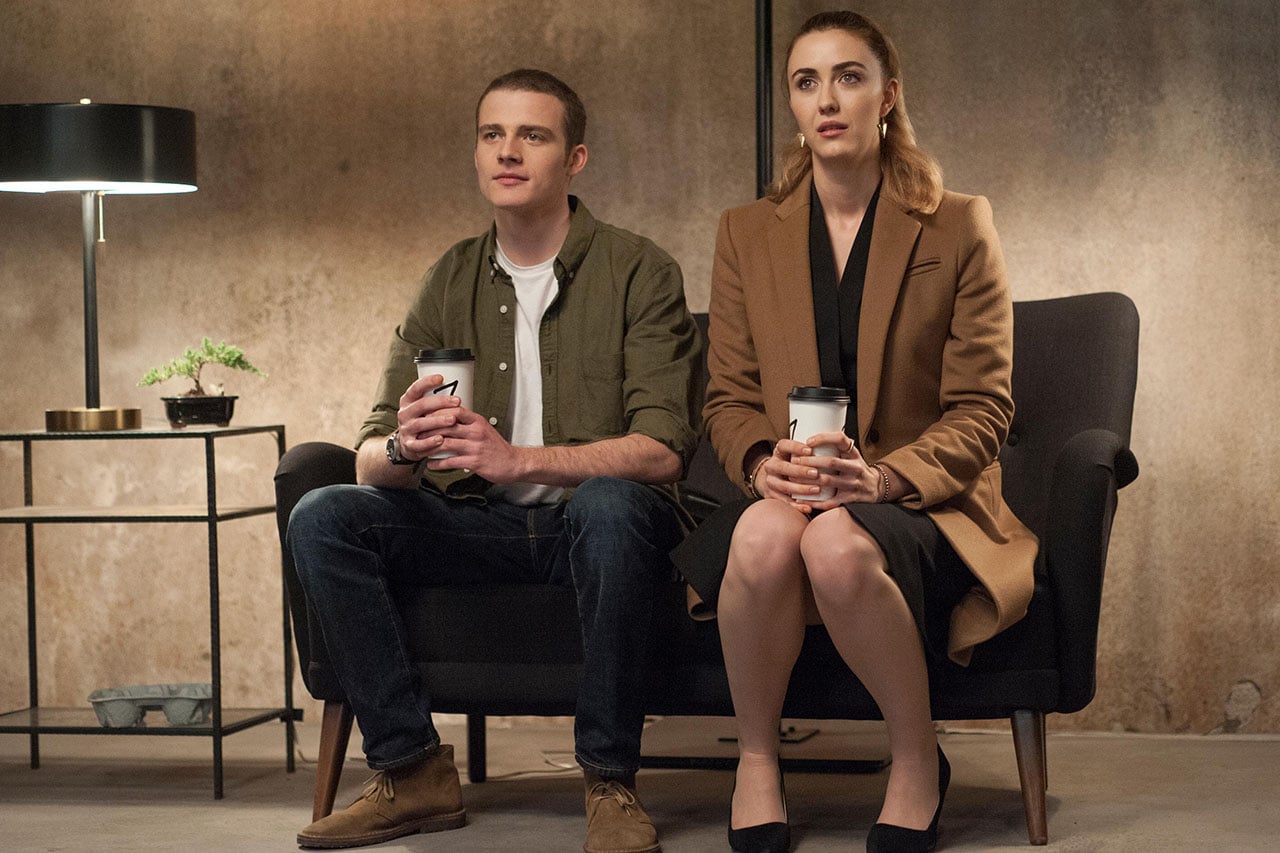 A segment of two Cooper lookalikes vomiting is so revolting I felt like throwing up myself, and had to momentarily look away. There are scenes that contain nothing but characters looking silently at each other or turning their heads ever so slowly, and on the other hand, there are jarring scenes that could cause epileptic behaviour if played for too long.

Where modern TV creators have found a way to balance their artistic leanings with a sense of narrative cohesion, Lynch has deemed the network's carte blanche for Twin Peaks to channel the purest form of his eerie and eccentric vision, distancing himself from all trappings. In the first two hours, it can make for an exasperating, discombobulating, and disjointed experience, one that starts to only make sense with future episodes. For all of Showtime's trust in Lynch, Twin Peaks seems designed as a binge-watch experience, not least for its embrace of the multi-hour TV as a movie formula.

It's even more unfortunate then that Showtime has yet to figure out licencing deals outside its home territory. Unlike CBS' partnership with Netflix for the upcoming Star Trek: Discovery, and Amazon's ongoing day-to-day release for Starz's American Gods, Twin Peaks' new proprietor has yet to figure out a similar arrangement, leaving all international fans in the dust, and possibly forcing them to watch via illegal means. It's wholly possible the network is waiting to see how the show performs in the US (early numbers aren't very promising), which will result in a delayed release in territories abroad. 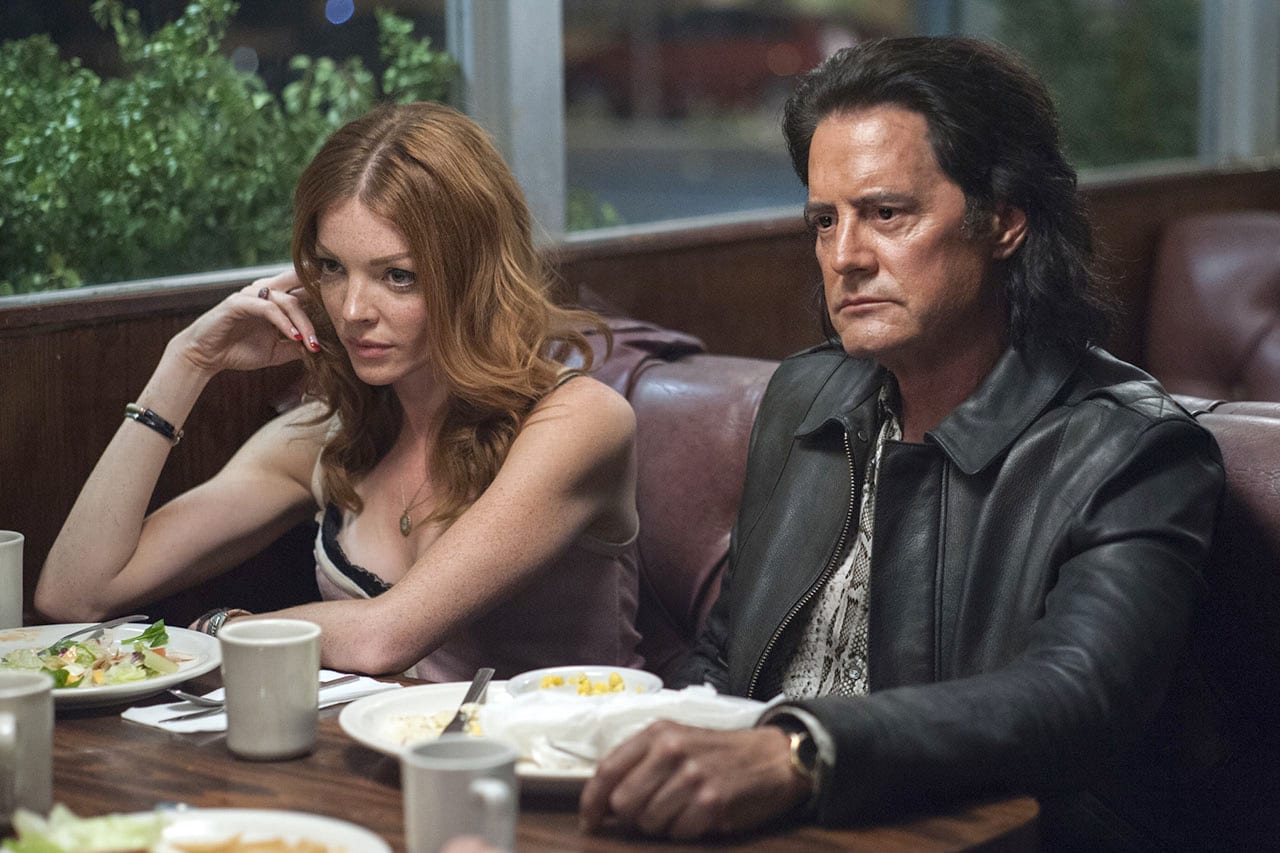 Nicole LaLiberte as Darya and Kyle MacLachlan as Evil Cooper in a still from Twin Peaks
Photo Credit: Suzanne Tenner/Showtime

That confusion and disinterest can be felt in the return's two-hour premiere as well, which defies a cohesive plot, and moves between sprawling threads between New York, South Dakota, and Twin Peaks, propping up new storylines with gruesome, unexplained murders, and bits of fan service in the case of the latter. It's still as primal, weird, and terrifying as ever, though there's a bit of self-indulgence from the creators as well. MacLachlan spends more time on screen as ‘Evil Cooper’ (inherited by the spirit of BOB), donning a snakeskin jacket and long hair, than he appears as the charming, young detective that was our conduit for understanding Twin Peaks’ community.

Yet for all its flaws, it's great that Lynch isn't simply interested in revisiting the glory days of Twin Peaks. A lesser showrunner would have given us more of what audiences loved from the show's first season, the perfect nostalgia throwback to the past, à la Star Wars: The Force Awakens. Instead, Lynch is serving a continuation of the story 25 years later - Showtime president has described it as "Agent Cooper's odyssey back to Twin Peaks" - while still being its own wacky thing. Despite so much time having passed by, and the more refined TV narratives we've seen since, the new Twin Peaks is still a singular vision of one man: David Lynch, who directs all 18 episodes of season three, which is why it's worth sticking around.

We discussed Twin Peaks season 3 on our weekly gaming and pop culture podcast Transition. You can subscribe to it via Apple Podcasts or RSS or just listen to this episode by hitting the play button below.