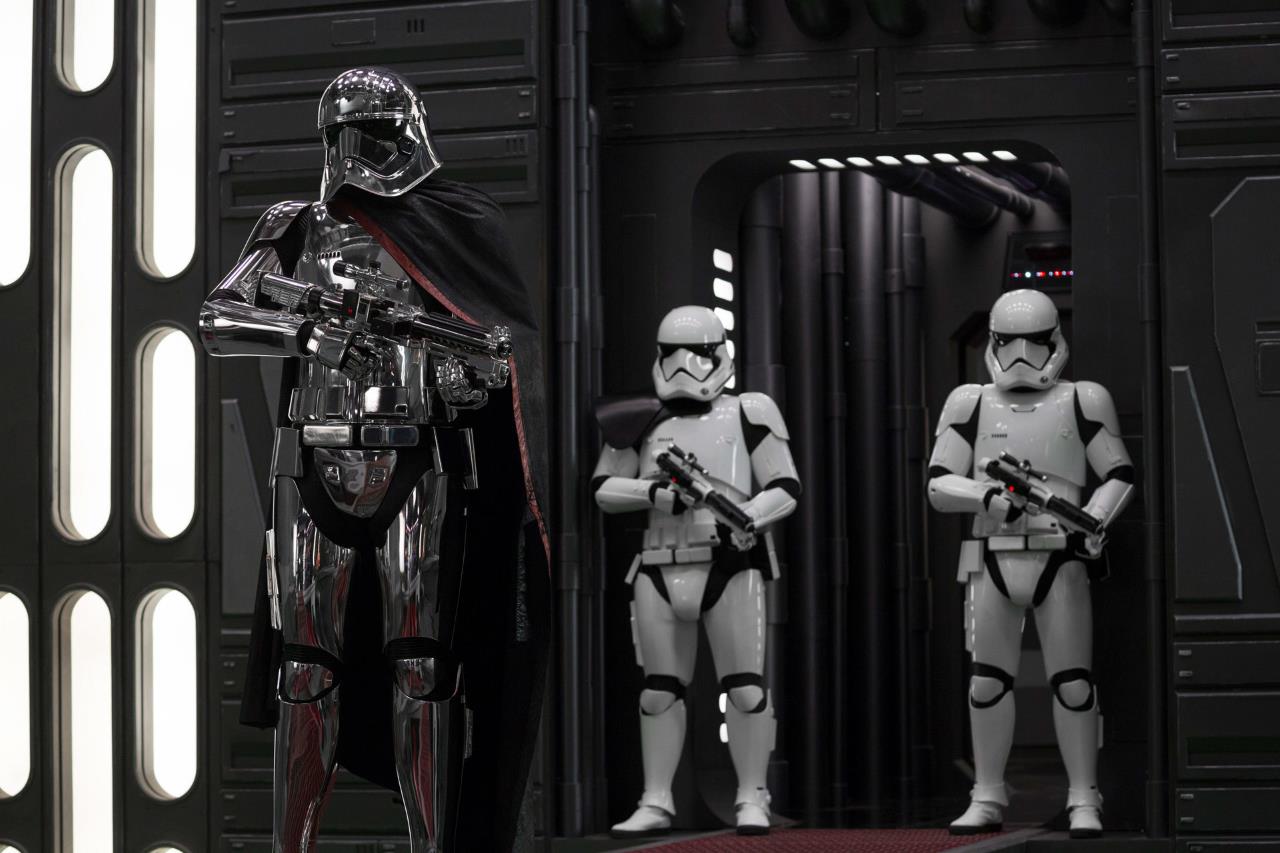 The galaxy far, far away is expanding. On Tuesday, Lucasfilm – the studio founded by George Lucas, and now owned by Disney – announced this week that Game of Thrones creators David Benioff and D.B. Weiss had been chosen to lead a new series of Star Wars films. These films would be independent of the ongoing sequel trilogy set to conclude in 2019 with J.J. Abrams' Episode IX, and the new trilogy in the works from The Last Jedi writer-director Rian Johnson.

On paper, this seems like a perfect pairing. Benioff and Weiss will get to work on their space opera after finishing the final season of what is arguably the world's most popular TV show. They've brought to life rich, complex characters whose bickering and scheming forms the heart of Game of Thrones and proved capable of handling scale and delivering spectacle when needed. Who better to construct the future of the world's most popular movie franchise?

But look beneath the surface and there are concerns to be had, the least of which is how the writing style and tone used for Thrones will translate to Star Wars. Violent and sexual imagery has been crucial to Benioff and Weiss' work over the last seven years, contributing heavily to the emotional impact of the show's biggest scenes. That's not going to be an option in Star Wars, which has always been family-friendly, even before it became a Disney property.

It's possible that Lucasfilm president Kathleen Kennedy has hired Benioff and Weiss to put a mature spin on the beloved franchise – Rogue One killed everyone off, even if it came more out of necessity, so it's clear there's room to be dark and grown-up – but the likelihood of it happening is low. Making a Star Wars film that's not for kids may hurt Disney at the box office a little, but more importantly it potentially robs them of billions in merchandising.

No release dates have been officially put in place, but given the current Star Wars slate, the first film from the GoT creators likely won't arrive before 2021-22. In the intervening years, we'll likely find out about the direction and freedom afforded to them by the studio. And should it not work out, they'll be replaced, something that has become an oft-used option at Lucasfilm.

The bigger worry, though, stems from a closer inspection of Game of Thrones. For most of the first five seasons, the HBO drama was sculpted around the written word of author George R.R. Martin, whose unfinished novel series – A Song of Ice and Fire – serves as the source of adaptation. Starting with the sixth season, which aired in 2016, Benioff and Weiss have based their show on the information Martin personally revealed to them.

Almost immediately, it was clear that Thrones was going to be a different show, for better or for worse. Where characters, conversations, and well-developed subplots were the order of the day, it had now become all about going from point A to point B. This problem only exacerbated itself with the dawn of season 7, with unbelievable storylines and shifting character behaviour complementing impossible timelines.

Given that Martin has already spent half a dozen years on the still-unfinished penultimate book in the series, it's likely The Winds of Winter – as it's called – will be denser and richer than previous entries, taking its time to explain and justify motivations, while peeling further layers of our favourite characters, whenever it's finally released. The Thrones showrunners, on the other hand, have contracted their final two seasons – season 7 had seven episodes, and season 8 will have only six – making one wonder why they're in such a hurry.

HBO would have had no problem giving them more episodes and more seasons – Thrones is its best advertisement and it's why there are five spin-offs in development – so it must be Benioff and Weiss' decision. The show has suffered on nearly all accounts (the exception being spectacle) ever since the showrunners ran out of books to refer to, so why have they been unwilling to invest energy and time into fleshing out the world themselves?

Place that into the context of the blank canvas they face with Star Wars, and it exactly doesn't inspire confidence. In a statement, Kennedy praised the two for their “command of complex characters, depth of story and richness of mythology”. The last of those is a by-product of Martin's research and writing, and the other two went out the window the moment they were on their own, as already argued.

Of course, all this takes nothing away from their work on the first five seasons. Simply having a great book doesn't guarantee a great adaptation; countless filmmakers have failed in living up to the promises of a novel's premise and the hopes of readers, so credit is due to Benioff and Weiss in transferring Martin's words to the screen in ways that impressed both critics and viewers. And though I harbour reservations, I want them to succeed with Star Wars.

For much of its existence, the galaxy has been filled with black and white characters. Newer entries – especially Rogue One, and The Last Jedi – have been more grown-up in that aspect, giving us individuals that can't be easily ascribed as ‘heroes' and ‘villains'. And if Benioff and Weiss can carry Game of Thrones' best feature, the various shades of grey, there'd be nothing like it.