Love, Death & Robots: Netflix’s Latest Original is Gory, Thought-Provoking, and Worth Your Time 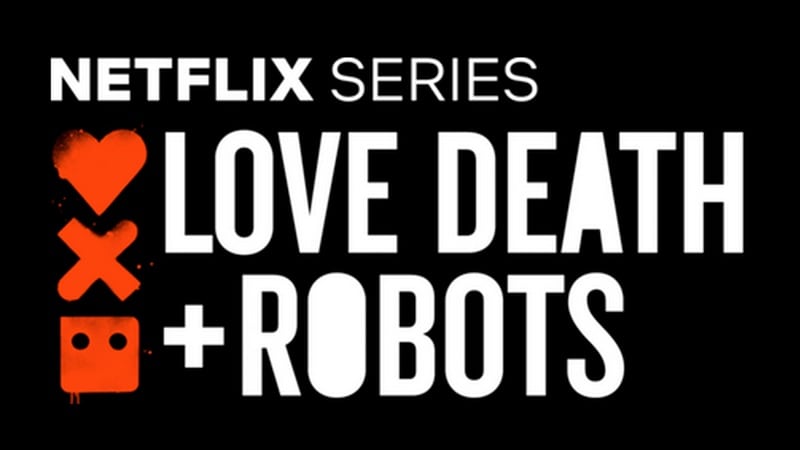 Love, Death & Robots is the brainchild of Tim Miller and David Fincher

What happens when a studio gives free hand to create a series that is unapologetically gory, laden with gratuitous graphic violence and mind-bending concepts, without any creative barriers holding back the final outcome? The result is either a dud (Marvel's Inhumans) or a genre-defining creation (House of Cards). Netflix's latest original – Love, Death & Robots – is more of the latter. An animated anthology series, Love, Death & Robots covers everything from the terror of mythical monsters to dark comedy, post-apocalyptic drama, futuristic sci-fi stories, and even existential questions raised by protagonists such as a sentient yoghurt. Sounds too much to absorb, right? But that barely scratches the surface of what Love, Death & Robots is about.

The brain-child of Tim Miller (Deadpool) and David Fincher (Fight Club, Gone Girl), Netflix's latest offering is a thought-provoking, NFSW fest that is unconventional in many regards. The series has 18 episodes whose length varies between six and 17 minutes. Yes, some episodes are just six minutes long. But Love, Death & Robots is not the kind of series where continuation of a storyline is the key. Instead, all episodes have their own story to tell, with unique characters to drive the plot of an entirely different genre.

Love, Death & Robots starts with Sonnie's Edge, an episode which depicts a future where humans control the body of cybernetically-enhanced monsters called Beasties via a neural link – like Jaeger pilots in the Pacific Rim franchise. The photorealistic CGI, the thumping music, and the overall setting got me hooked to this episode. But the intense presence of the protagonist — Sonnie, a badass woman with scars on her face and a dark, brutal past — truly lifts the episode.

Sonnie (voiced by Helen Sadler from True Blood, NCIS) is one of my favourite characters across TV shows because her charisma puts Captain Marvel and Alice from Resident Evil films to shame. In the end, I was left wishing for a full-length movie starring Sonnie as a no-nonsense, ass-kicking machine. And this is a triumph, especially if one can evoke such excitement in viewers with an episode that's shorter than 20 minutes. There's a hat-trick of plot twists and surprises in the last few minutes of this episode, giving Love, Death & Robots an astounding start.

But the unmistakable touch of Tim Miller and David Fincher is there to see across all episodes, especially the ones with a more character-driven story such as Helping Hand and Good Hunting. But it is Miller whose influence is more profound. While the Ryan Reynolds-starrer Deadpool is one of Miller's more well-known projects, his work on memorable cinematic trailers for video games such as Batman, Halo, and Star Wars is what reflects more clearly.

The visual style may seem like a repetition – even making some episodes look like an extended cinematic trailer – but the story and characters more than make up for the monotony. For fans of David Fincher's works, they will easily recognise Fincher's trademark camera work which brings congruity between the scenes and rhythm of the background score.

The strong opening episode is followed by Three Robots, an episode that tells the odyssey of three robots through a post-apocalyptic Earth — only to be enslaved by cats which somehow gained the ability to talk, became smarter, and doomed humanity to extinction. The plot sounds ridiculous, but the naive curiosity with which the robots talk about human beings is truly a gem.

There is some meme-worthy banter with clever dialogues such as, “Jeez, calm down your motherboard”. Then there are veiled, sarcastic remarks hurled at social media, defining it as an “entire network dedicated to disseminating pictures of cats”. True, to some extent at least.

But there are important issues that are cleverly touched upon, such as the devastating effects of pollution and nuclear warfare that will one day leave the earth uninhabitable and bring an end to mankind. As for robots, well they survive, and so do the villainous cats.

This amalgamation of superficial story-telling and the inherent lesson with deeper meaning is a recurring theme in Love, Death & Robots. There are pure sci-fi episodes with Star Trek-like elements, but their pseudo-religious linkage to concepts like evil and limbo is a creative triumph for the series. Yes, there are a few points where it appears too much.

Folks who watch Love, Death & Robots for its unique premise will occasionally find it a little overbearing when it comes to the philosophy-heavy plot, and the gratuitous nudity in a couple of episodes. Take for example an episode about an alternate history where Hitler dies before becoming the Fuhrer in various scenarios like drowning in a Jell-O, and dying of extreme exhaustion due to carnal activities. But Love, Death & Robots is not afraid to offend, be it the use of profane language, occasionally overwhelming nudity, or the bloodshed.

Another victory for Love, Death & Robots is the changing animation style that seems to fit perfectly with the story being told. An episode (Good Hunting) about a Japanese spirit hunter and a mythological fox spirit is told in classic 2D animated format, while those depicting warfare and space drama (The Secret War and Beyond The Aquila Rift) follow the true-to-life realistic CGI form. There is also a live action episode (Ice Age) starring Topher Grace (Spider-Man 3, Interstellar) and Mary Elizabeth Winstead (Fargo, A Good Day to Die Hard) which depicts an entire civilisation inside the freezer of an old refrigerator. The point here is, the choice of on-screen visual representation varies to blend more naturally with the story, and this gamble has certainly paid off.

The unorthodox approach to making Love, Death & Robots reflects well in the pacing of the episodes. Some of them appear to be merely a sub-plot of a larger story, which proves to be a double-edged sword. While a majority of episodes benefit from the questions raised in the viewers' mind to up the ante, a few of them turn out to be a mess of confusion and downright average, especially if you have been acclimatised to the series' recurring use of plot twists.

Netflix's latest offering also serves to dispel some myths propagated by Hollywood flicks. For example, Love, Death & Robots depicts Dracula as a blood-thirsty monster that kills men in a manner that appears straight out of a Mortal Kombat fatality, and not as the handsome devil whose card of tricks include seduction and sorcery. Similarly, man is not always the pious creation of God who is disembowelled mercilessly by invading aliens. Sometimes, mankind is the villain, cleansing distant planets by blasting insect-like aliens into gooey oblivion and occupying them as their own dominion, a clear nod to James Cameron's Avatar.

Self-loathing conclusions and deep existential thoughts aside, Love, Death & Robots offers something for fans of multiple genres. There are cigar-puffing anti-heroes performing cool heists, battle-hardened war heroes giving the ultimate sacrifice, and werewolf dramas that touches upon the persecution of minorities. Then there is the deeply philosophical side to it — personified by the episode Zima Blue — that will send you into a deep intellectual quest that reveals what a truly sentient robot will do, but far from the stereotypical concept of a robocalypse.

Zima Blue, in particular, is the crown jewel of Netflix's latest anthology series. It revolves around a robot who becomes an art icon, but in the pursuit of the meaning of life and the true purpose of his existence, the robot ultimately sacrifices his genius and reverts to the form of a pool-cleaning robot. The act is seemingly beyond comprehension, but in the words of the lead character, true happiness is in “extracting simple pleasure from the execution of a task well done”. The lesson is deep and profound, and concludes the series on a high note.

But above all that, Love Death & Robot is a convergence of ideas that usually come to life in the form of shows spanning multiple seasons. Netflix's animated anthology series bundles the whole experience in a series that can be finished before you feel the need for a second round of snacks.

Facebook, Google to Be Quizzed by US Congress on White Nationalism and Political Bias
Uber Jumps Into Electric Scooters in Europe, Starting With Madrid