How Far Are We From the Technology Depicted in Westworld?

There was a time when the concept of Artificial Intelligence seemed like a whimsical, farfetched idea. That computers would one day be as smart as humans, and maybe more was something that seemed incomprehensible. The concept has been played with a lot in literature and art for many decades. From Isaac Asimov's Three Laws of Robotics to the sentient computer Hal 9000, from 2001: A Space Odyssey, fiction helped us imagine artificial intelligence. Today though, it's not fiction anymore, but rather a reality. Computers are learning to see like humans, give cricket commentary, and some are even worrying about an AI uprising.

But that's all still in the future. If 2016 has shown us anything, it's that AI is very much a part of our world now, and it is progressing at a rapid pace. Take Google's Assistant or Amazon's Alexa. AI is slowly getting integrated into every piece of technology today and we've already grown so accustomed to it that we don't even notice it anymore.

This is the reality. Now let's look at art once again. There is one particular show that has captured everyone's imagination recently. We're talking about HBO's latest hit show, Westworld. The show is touted to be HBO's next big winner, after Game of Thrones. But beyond that, it's also a fascinating work of techno-futurism, but one that's not looking as far ahead as you might think. Let's take a closer look at the show, and don't worry, we'll try and keep clear of spoilers. 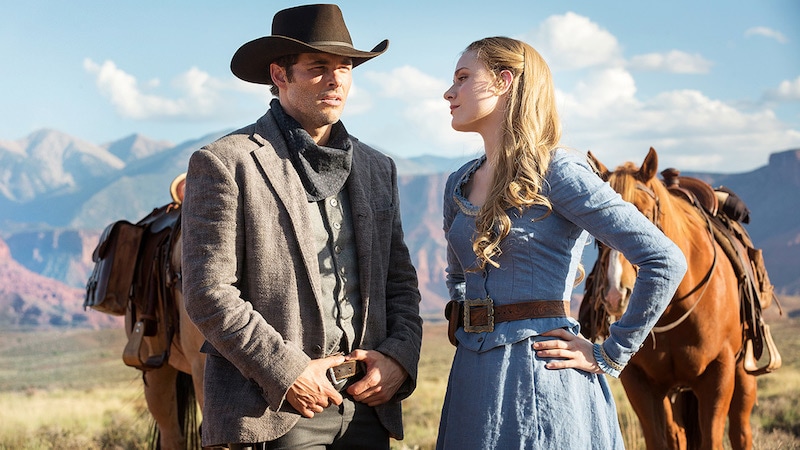 What is Westworld all about?
Westworld is a science fiction western thriller created by one half of the Nolan brothers, Johnathan Nolan, along with Lisa Joy. The show is based on a 1973 film of the same name.

The story takes place in a fictional theme park called Westworld. It is a technologically advanced western amusement park that is completely populated by androids known as "hosts", each of whom have individual storylines that are reset in a continuous loop. The "hosts" play host to high-paying human visitors dubbed "newcomers", who have complete freedom to do whatever they want without fear of retaliation. So, the newcomers, who get to play out their cowboy fantasies, can indulge in their wildest dreams, which include shooting and killing the hosts.

(Also see: The Singularity Is Coming. Are We Prepared?)

Westworld's complexity - that has captured audiences around the world - is deeply rooted in technology. While the premise of the show is easy to grasp, it's the characters themselves, their computational mysteries that have led to endless fan theories. With each episode you see the hosts growing more and more self-aware. Remembering their past configurations and the horrors of realising that their world is, in fact, not real. What happens when androids begin to grasp the knowledge of their selves and of their origins? What happens when robots face existential crisis?

As the show continues, you see more hosts remembering fragments of their past storylines and growing self-aware. In doing this, Westworld brings to light some important questions that we have begun grappling with in the real world too. What does it mean to empathise with a robot? What makes a robot seem real? Can robots learn more than humans? These questions pop up in our minds as we get more invested in the story. How artificial will AI be?
One of the most unsettling aspects about Westworld is just how real the hosts seem. There are moments when the audience sympathises with the hosts, rather than the human creators.

Why do shows like Westworld and Black Mirror (another show deeply invested in technology and humanity) have such a following? Both these shows depict a world of technological advancements, but show us just how that can go wrong. There's a cathartic release when you recognise how real the world they depict is, and you're glad we aren't quite there yet.

Except... simulated consciousness already exists today. Artificial "personalities" exist in products such as the Amazon Echo (Alexa), and the iPhone (Siri), amongst many other examples. These are programs that are designed to speak to you like a human would. The only thing lacking here is a physical body. And we even have the technology to take care of that.

Today, we have virtual reality, augmented reality, 3D Printing, and so much more already. They might not already be as sophisticated as we see on the screen, but that's a matter of only a little time.

Take 3D printing. These hosts are created and repaired (because they get shot a lot) tissue by tissue, using 3D printing. The technology is being used today in making toys, models, prototypes, and even in manufacturing processes. Researches are even making breakthroughs in 3D printing organs and tissues. You see where we're going with this?

3D printing is a key technology in Westworld. Right from the gorgeous opening credits with Game of Thrones composer Ramin Djawadi's music, we see one of the android bodies being created from bones to skin and from hair right down to micro threads that make up the iris. Each layer, each organ each muscle is laboriously printed one strand at a time with precision.

3D printing at the moment isn't quite there yet in creating this level of detail. Human printing is still a ways away but we have seen a lot of advancements already.

While we may still be years away before robots become as life-like as the ones seen in Westworld, what's interesting is that this future is no longer improbable but very much plausible. We have AI and 3D printing and it won't be long before someone figures out a way to bring them together.

Machine learning is at the heart of artificial intelligence, and today, all the leading technology companies are investing heavily in this. In fiction, things have progressed a little further.

In a special Black Mirror Christmas episode titled White Christmas, we see how a person's consciousness is recorded in a tiny computer chip that is then inserted in a smart home hub (which looks a lot like Amazon Echo) to control smart systems in a house. While Amazon Echo and the like aren't as convoluted as shown in the show, smart homes are here and these devices are being catered to meet individual needs and habits. Machine learning is how digital assistants like Alexa and Siri learn and adapt to their users.

(Also see: Deep Learning Algorithm Can Now Judge You by Your Face) 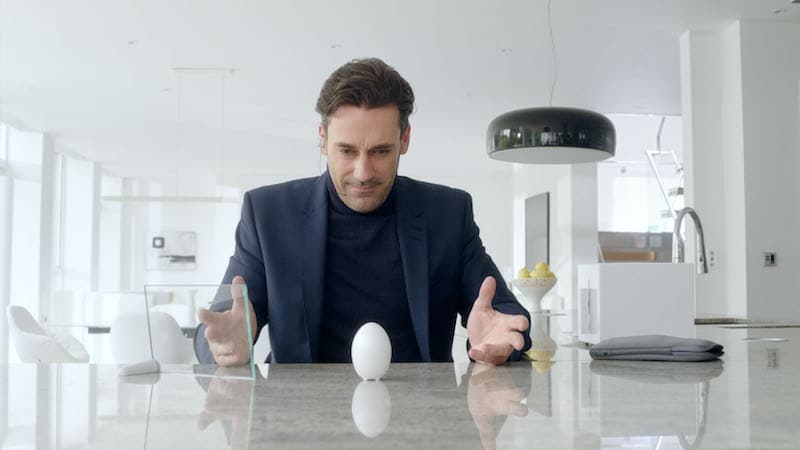 Westworld hosts have the ability to adapt. The loop-based narrative for each of the hosts allows them to interact with the other to improvise their language and programming. The hosts are designed by Dr. Ford in the hope that the 'pyramid of consciousness' (Memory, Improvisation, Self-Interest and an unknown question mark) will allow them to self-learn and evolve.

This could soon be a reality. Think Tesla's Autopilot or Google's AlphaGo. These AIs learn over time by taking in information. The Autopilot learns to avoid crashes. AlphaGo has already proved itself by defeating a human (Lee Sedol) at Go.

That said, we're still years away of achieving the kind of realness in physicality, language processing, and human-like features of the hosts. At the same time, it's clear that there are a number of technological similarities in what these shows depict, and what presently exists today. At this rate, it might not be much longer before you're really caught up in a world like Westworld.

How Far Are We From the Technology Depicted in Westworld?
Comment