Cinemas Are Reopening in India, With UV Filters and Socially Distanced Seating. But Should You Go?

We could be staring at an even bleaker future. 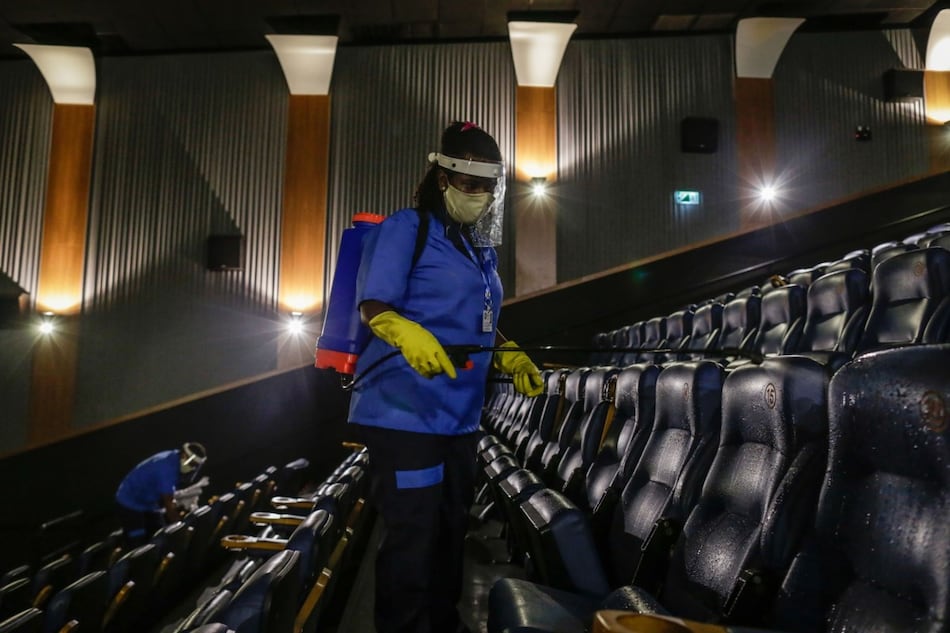 Cinema is back as the country unlocks further but would you feel comfortable about watching a movie in a closed hall? Seven months after they were forced to close by governments due to COVID-19, theatres reopened in parts of India this week under “Unlock 5.0”. Many states, including Maharashtra — home to Bollywood and the highest number of coronavirus cases — have said no for the time being. But even if you do have the option to experience the joys of the big screen, should you take it? After all, moviegoing is an activity that involves strangers gathering indoors, with people taking off their masks to drink and eat. That sounds like a horror movie in 2020.

For what it's worth, cinemas have a list of legally-binding precautions that they must abide by where they are allowed to open. The safety protocols are based on five tenets: face masks, zero contact, physical distancing, temperature checks, and relentless sanitisation. Speaking of Tenet, the Christopher Nolan film, the only major film to release during the pandemic, still doesn't have a release date in India, and that likely won't happen until November. Most of the precautions are based on science and what we know about COVID-19, but there are problems.

The central government has allowed cinemas to reopen with 50 percent capacity, and every state has seemingly agreed to this, with no reflection on how they are faring with the pandemic. By comparison, the US state of California has a four-tier system that dictates capacity. If a county has 4–7 daily new cases per 100,000 population, cinemas can open with 25 percent capacity or 100 people, whichever is fewer. In comparison, among the Indian states reopening cinemas, Delhi leads the way with 17 daily new cases per 100,000 population.

Cinemas are applying the 50-percent-cap by making use of checkerboard seating, which means every alternate seat will be left vacant to maintain physical distancing. A representative for India's biggest cinema chain PVR Cinemas said that families can sit together and that an empty seat will be left either side of them. But what about the seats directly behind or in front of them? Does COVID-19 only travel horizontally now? And it's not like the one-seat gap makes sense to begin with. Not a single seat, including those fancy recliner ones, are six feet wide.

Not that six feet itself is enough when you've a virus that's apparently spreading through aerosols. Introduce it to an air-conditioned environment and you now have a virus that can travel much further, as studies have shown. Sure, the government has guidelines around AC temperatures too (24–30°C with 40–70 percent relative humidity) that are based on studies, and PVR has partnered with a start-up called Magneto to install air purification units that emit ultraviolet rays to kill the virus.

A high-tech solution could make watching a movie safer. Magneto founder Himanshu Agarwal told me that it's better than traditional air purification because it doesn't turn into a secondary source of infection since it also kills the virus. But he admitted that no system is fool-proof. And that is the problem.

Moreover, theatres are free to sell concessions — food and beverages — as they reopen across India. They are their biggest earner after all. That seems counter-intuitive to the always-masks rule. Allowing moviegoers to eat or drink is literally the biggest incentive for people to take off their masks. Temperature screenings only identify those who are already showing symptoms. Studies vary widely on this, but anywhere from 20–80 percent of COVID-19 cases are asymptomatic.

Medical associations [JPG] consider “going to a movie theatre” among the highest of risks, alongside gyms, buffets, and theme parks. Dr. Prabhakaran Dorairaj, an epidemiologist who works at the Public Health Foundation of India, noted that people don't wear masks “as per specifications”. I'm looking at you, your bared noses, and the mask resting on your chins. And who's going to monitor people when it's dark? Dorairaj added: “Personally, I would wait at least till March/April next year when the pandemic is expected to recede or till vaccine is available universally.”

Anyway — it's not like there's anything worth watching right now. Cinemas are reopening by re-releasing films that are eight months to a-year-and-a-half-old. The only new noteworthy film is the Dave Bautista-led action comedy My Spy, whose reviews are hardly encouraging. And there's nothing on the calendar. Producers aren't sure that people will feel comfortable to step out and head into a cinema, and that's why Bollywood films continue to head to streaming. Just last week, Amazon Prime Video announced its second slate, featuring the likes of Sara Ali Khan and Varun Dhawan.

This could very easily turn into a vicious cycle, where the lack of new buzzy films and audiences feed into each other. It's already happened elsewhere. Theatres in the US (except those in New York and Los Angeles) opened a couple of months back, with Nolan's Tenet being touted as the saviour of cinema. But it turned out to be the opposite. Since its release in early September, Tenet hasn't even cracked $50 million in the US. It's done a lot better internationally, for what it's worth.

In response to that, skittish Hollywood studios have all delayed their big releases. And reacting to that, some US and UK cinema chains have reclosed. That could easily happen in India too. Cinemas have already had a particularly hard time during the pandemic, but it would be even worse if they had to shut shop again, given the money that is being spent on all the COVID-19 safety protocols. The big screen is vital not just to the industry, but also to the public. Cinema is back, but if its return isn't handled well, its future might be unrecognisable.