Black Mirror: Bandersnatch Is the Wackiest, Most Insane Thing You’ll See This Year

On one particular afternoon last month at Netflix's headquarters in Los Gatos, California, as journalists from 22 countries sat down for lunch after watching Black Mirror: Bandersnatch — an interactive feature-length episode of Charlie Brooker's techno-paranoia anthology series, about a programmer called Stefan (Fionn Whitehead) making a video game called Bandersnatch based on a choose-your-own-adventure book, which is out now on Netflix — the conversations between them were less what they felt about it, and a lot more of “Did you see that?” That's the nature of a film with branching narratives, where no two individuals are likely to have the same experience.

Personally, I've spent about 90 minutes with Bandersnatch and have seen three different proper endings through half a dozen different pathways. Some of those resulted in dead ends, in that I got to an ending of sorts, but it didn't feel impactful or whole because I'd made the “wrong” decision. Technically, there are no wrong choices in Bandersnatch, but some do give you a better experience than others. And judging by the talks I had with those gathered — other journalists and Netflix employees who had seen it — there are still bits and pieces I'm yet to see. It's why I'm not going to review it, at least not yet, but I do have some thoughts.

Here's the concise version: Black Mirror: Bandersnatch is insane. The interactivity is one part of that, as it allows Brooker's twisted imagination to spin the narrative in even more dizzying ways. At the Los Gatos event, Brooker recalled that he wanted to do a “nightmare mode” to freak people out with the season 3 episode “Playtest”, where viewers would see a different ending if they watched it a second time. And with Bandersnatch, he now has his wish. There are about half a dozen endings in Bandersnatch, Netflix says, and there exist multiple variations of each. 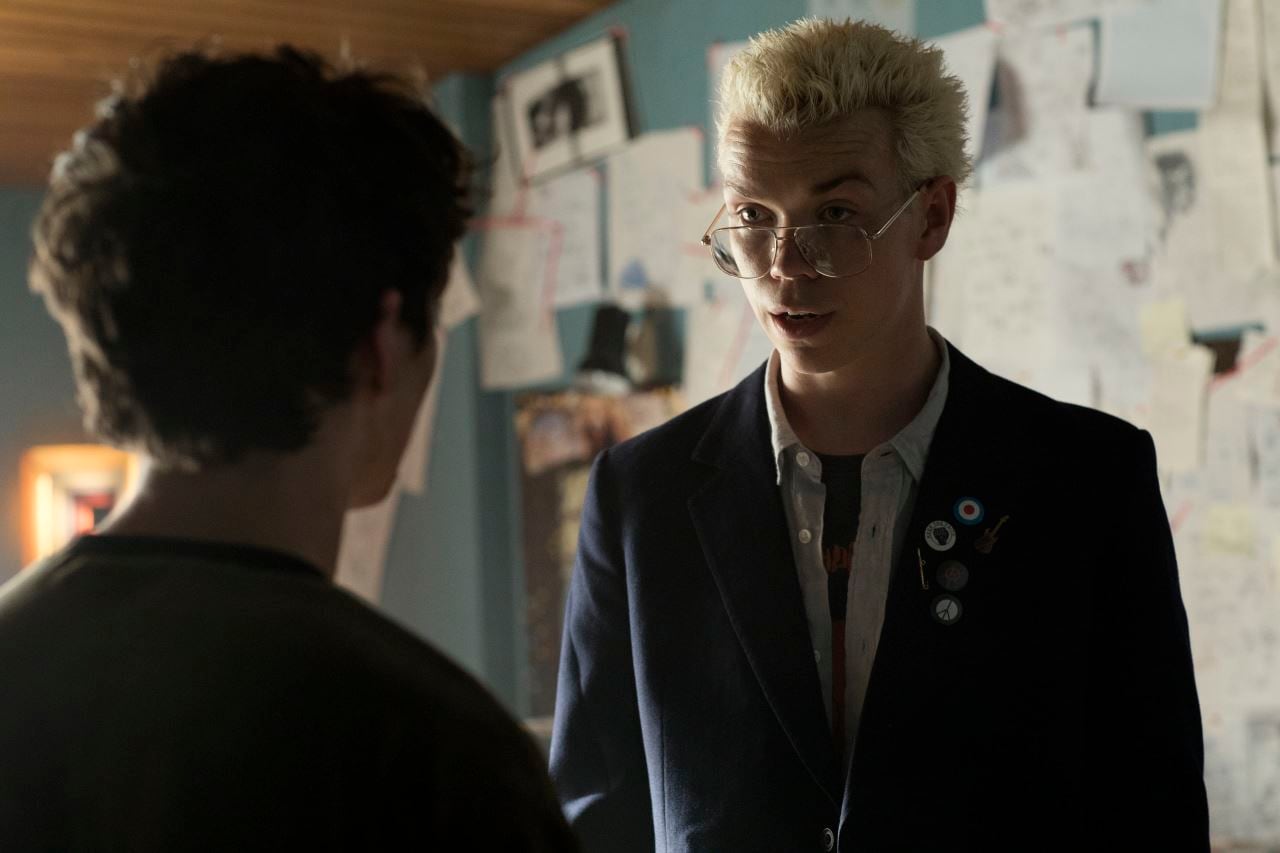 But what makes Bandersnatch insane is that Brooker didn't stop there. Apart from the Easter egg-type references to other Black Mirror episodes — the video game studio Stefan works for has made a game called “Metl Hedd” and is working on one called “Nozhdyve”, both respective nods to season 4 and 3 episodes “Metalhead” and “Nosedive”; while Stefan's therapist works at a facility that's named after season 3's award-winning “San Junipero” episode — Bandersnatch also offers commentary on adventure stories, free-will and illusion of choice, and the entertainment landscape among other things. It's highly self-aware, which allows it to critique and mock the very thing it is: a piece of interactive fiction on Netflix.

And there's the central meta conceit, in that it's about a video game programmer developing an interactive text-based adventure game based on a choose-your-own-adventure book, with his entire life serving as an interactive adventure for the viewer, us. Brooker is smart enough to put an additional layer to that by breaking the fourth wall during Bandersnatch, which further twists the narrative and lifts the experience. It's impossible to talk about this further without delving into spoilers but suffice it to say that things get crazy from there on.

Sure, Black Mirror: Bandersnatch is far from the first interactive movie. The medium has been around, in one way or another, for over five decades, even though it's been mostly confined to the video game space for the longest time, due to its nature. And though modern inventions such as the smartphone have allowed for slightly more mainstream approaches, it's never been on such a mass scale before Bandersnatch. And thanks to Netflix's reach — over 130 million members in 190 countries, as the marketing spiel goes — Bandersnatch could be a rebirth of sorts for the genre, if even “interactive movie” can be called a genre in itself.

The genre theory work of French film theorist Christian Metz, and later American professor Thomas Schatz — both of which have their share of problems — says that all genres pass through various stages in their lifespan. First, the codes and conventions of a genre are established, then they become iconic, after which they are mocked, and finally evolve and start to mix and match with others. Metz called them experimental, classical, parody, and deconstruction. The last of those, in my view at least, is the most important. It's what Heathers (1988) did for high school movies, Frozen (2013) did for Disney fairy tales, or Monty Python and the Holy Grail (1975) did for comedy. 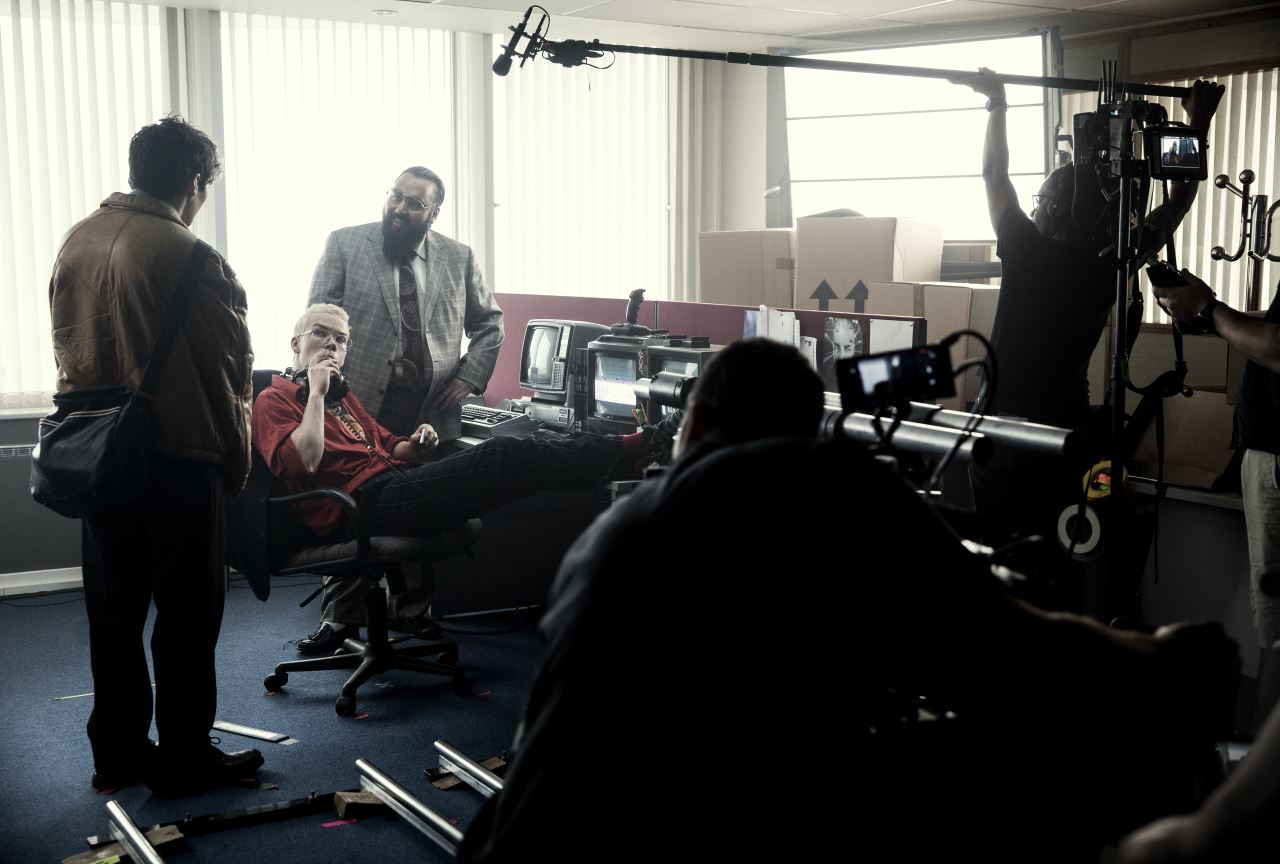 Both Metz and Schatz propose that genres go from one stage to the next, but that's only partially true. Bride of Frankenstein (1935) is a famous example that subverts that logic, which shows that genre ‘stages' have and can exist parallel to each other. That's especially true in our postmodernist era. Brooker joked in Los Gatos that they might have “spoiled [interactive] for everyone” with Bandersnatch, and there is some truth to it. The Black Mirror film, I think, is a mix of deconstruction and parody. Sure, they will always be more interactive stories to tell — in other ‘stages' of the genre — but anyone looking to push the medium will have to step into the reconstruction phase from here on.

Brooker is definitely ahead of the curve with Bandersnatch, but that doesn't mean there isn't room for improvement. A big creative limitation with interactive is that you have to cut the shot after viewers make a choice, since there are multiple options for what needs to be shown next. That is a problem for anyone who wants to do a long-take or one-shot, and I look forward to filmmakers cheating their way around that. And I'd also love to see an interactive film with no dead ends, or at least no recognisable ones, which would make it feel more real. Bandersnatch tries to be smart about that by having a few minutes of content before you actually see a split-screen, but it does pull you out of the experience.

Set aside those minor troubles and Bandersnatch works really well thanks to terrific work from everyone involved, be it writing, acting, directing, or editing. It's a path-breaking, self-aware interactive TV experience — which one would usually expect a few years into the establishment, or in this case potential rebirth, of a medium — filled with choices that vary from being meaningless fun in the beginning to others that are a lot more impactful, with one in particular that will have you chatting with others just to find out what they did. (Netflix predicts a 90-10 percent split.) You will also find yourself replaying it, after your friends ask you: “Did you see that?”

Disclosure: Netflix sponsored the correspondent's flights and hotel for the event in Los Gatos.