American Gods and The Handmaid's Tale Are Different, Yet Similar 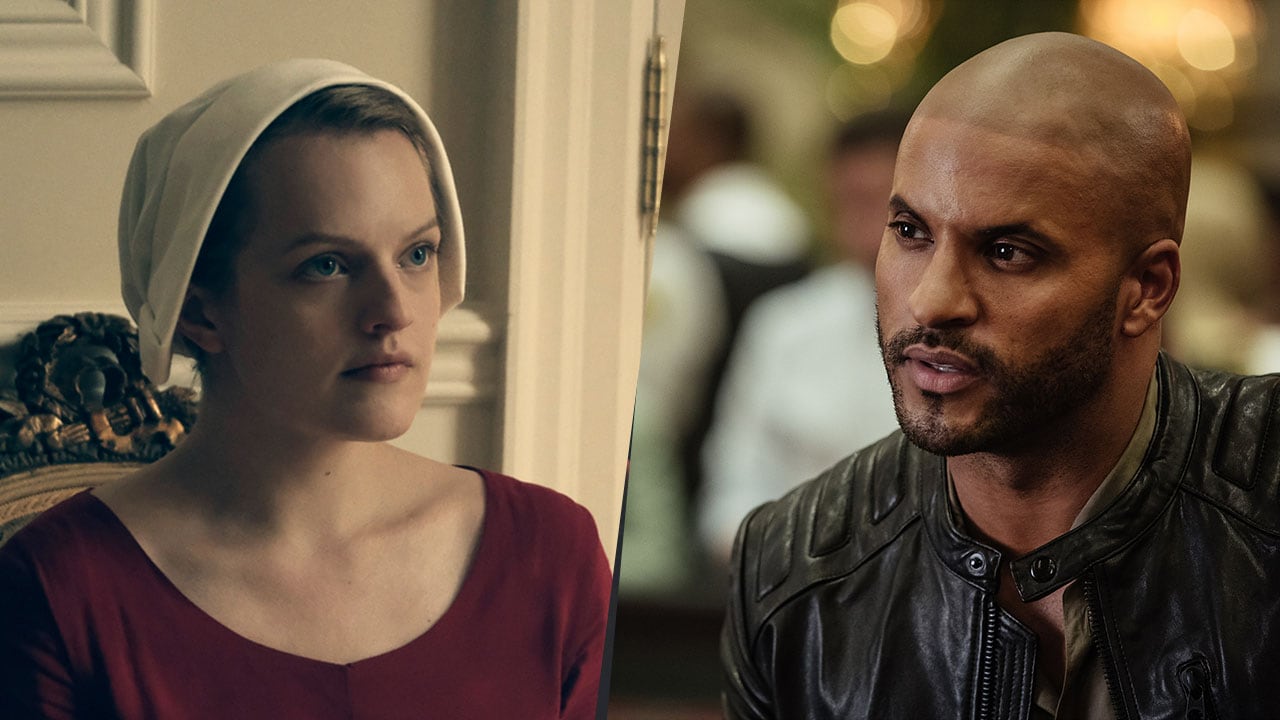 Note: This article contains spoilers for the entire first season of American Gods, and The Handmaid's Tale, and the novels they are adapted from.

For two very different shows based on very different books, American Gods and The Handmaid's Tale came fascinatingly close to each other in the fourth week of May. Though the narrative, themes, and aesthetic were worlds apart, both delivered the same type of episode in the same week. After introducing us to their respective leads - Ricky Whittle's Shadow, and Elisabeth Moss' Offred - over the first few episodes, they changed the point of view to the protagonist's other half, who had been dead or assumed dead for the most part.

Now that both shows have ended their first season, it's interesting to take a look back and see how they handled the issues of adapting a book into a TV show, and how they were able to expand on the source material by bringing in new points of view.

For example, by switching the point of view, both shows added another layer of understanding, and provided perspective on the events unfolding in front of our eyes. Curiously enough, what the two series also had in common was that neither author had done so in the books, at least not at that juncture in the story. For the creators, that was partly born out of the need to elongate the existing story on the page; but more importantly, the two episodes laid down the template for how TV can build on short books.

American Gods, adapted from the eponymous book written by Neil Gaiman in 2001 is a blend of Western fantasy that on its surface is about a war brewing between the Old and the New Gods. At its core, it's a tale about the American identity, and how the country has developed as a land of immigrants. The central protagonist is an ex-inmate called Shadow, who loses his wife Laura in a car accident days before his release.

Based on Margaret Atwood's 1985 novel, The Handmaid's Tale is much more straightforward and plausible, despite it being a dystopian tale about a totalitarian orthodox state that has overthrown the US government, and subjugated women for the sole purpose of bearing children. The book is told entirely from Offred's perspective, with all other characters - her husband, daughter, mother, and best friend - appearing as part of her memories.

In terms of word count, American Gods and The Handmaid's Tale are a fair bit apart. Factoring in the various editions that have been published over the years, the former comes in between 180,000 and 228,000 words, while the latter is almost half its length, between 96,000 and 101,000 words. The reason I called them "short books" is because TV inherently requires longer books to sustain its format. The best example for this is HBO's Game of Thrones, which burnt through five books with an average of 354,000 words in five seasons. (The show's sixth, and upcoming seventh and eighth seasons aren't based on published word.)

With a comparison like that, both Gods and Handmaid's would be expected to last less than one season, possibly a mini-series if they were simply interested in being a direct adaptation. But given the fact that the creators (and the network) were interested in not only updating the book for time passed, but telling a longer and richer story overall, it meant they had to bring something new to the table, that wouldn't feel like unnecessary padding in the process. In such a scenario, the obvious route - for both American Gods and Handmaid's - has been to explore characters beyond the protagonist. Of course, it was coincidentally poetic that both the shows, which began airing different weeks, aired an episode focused on the protagonist's partner - Shadow's wife Laura, and Offred's husband Luke - the same week in May.

They have fleshed out the cast beyond that too. American Gods has given considerable time to side characters such as Salim, Ibis, and Jacquel, with an entire episode for Mad Sweeney a week before the season finale. The Handmaid's Tale, meanwhile, has considerably broadened its focus, with episodes centred on the lives of Commander's wife Serena Joy, the driver Nick, and Offred's fellow handmaids Ofglen and Ofwarren.

Yvonne Strahovski as Serena Joy in a still from The Handmaid's Tale
Photo Credit: George Kraychyk/Hulu

These side-excursions aren't all envisioned by the showrunners - Bryan Fuller and Michael Green on Gods, and Bruce Miller on Handmaid's - and their team of writers. For one, Gaiman's novel is much broader (and longer) than Atwood's work, though the full-episode emphasis on Mad Sweeney was a creative decision made by the show. And because Atwood was so singular in her focus - the book is an Offred memoir - The Handmaid's Tale the show has already provided more information about its new world than what readers gleaned from the book. It has also helped that both shows have kept the respective authors on board, whose approval and judgement can be vital for a meaningful show, and to appease the book lovers.

Of course, the results of these excursions vary. For Handmaid's, the additions to the story and the fleshing out of the supporting cast have allowed it to bloom into a stronger show overall. It has also had an impact in how we see Offred's relationships with the people in Gilead. While the book left the very nature of her pregnancy in the dark, the show is miles ahead: Offred tells Nick the baby is his in the show. And because we are guaranteed season two, we'll get to see how that plays out, in light of her departure in the black van. That's also why the show has chosen to keep Offred's mother away from the first season - who was front and centre in the book - because it provides a stronger parallel with her own upcoming motherhood.

With American Gods, some choices have seemed explicitly designed as exercises in world-building, while others are meant to draw parallels. They haven't all fared equally - the show's commentary on gun violence and violence against immigrants fell flat, though the gay sex scene involving an Omani and a Jinn, and the tale of Mad Sweeney's past fared much better - and it's debatable how many have contributed to making a better show, and not just a good hour of TV. Some of that meandering comes from Gaiman's style of writing, but hopefully the events of the season finale - Easter taking away the gift of spring, which is not a part of the book - will provide the needed impetus to align its stories in a more cohesive fashion.

That's what makes the future of those shows even more enticing. For Handmaid's, it's a much more urgent requirement, as the season finale pretty much caught up with the final pages of Atwood's book. There are still details here and there (Offred's mother being one), but the plot itself will be completely fresh from season two. American Gods isn't in the same position - Gaiman said in an interview last year that the show could potentially cover the novel's Lakeside section in season two, with "a big pivotal" Wednesday moment being season finale of second or third season - but it also depends on how long Fuller and Green expect the show to run. What's encouraging is that they have already shown a penchant for additions.

Nonetheless, no matter where both shows go, they'll lay down very different ways of expanding upon the original work. But don't bet against there being some similarities along the way as well.