Amazon Prime Video Is Hamstrung in India, and Amazon Won't Talk About It

Amazon Prime Video is now available in India, along with around 240 more countries and territories. It's launched with 17 original Indian shows, and the app works really well on both Android and iOS.

All of this at less than Rs. 50 per month - or more accurately, Rs. 499 per year - making it probably the best value for money offering in the country right now, except for Reliance Jio-powered JioCinema, which is free for all Jio users until the end of 2017. JioOnDemand also has a pretty interesting catalogue with movies such as Star Trek: Into Darkness, and John Wick, alongside 'indie' productions such as Margarita With a Straw, and big commercial films such as Mohenjo Daro and Wazir.

That being said, there are some interesting facts about the Prime Video launch in India, that also tell us a lot about how Amazon sees its audience here. For example, soon after the launch, people realised that Prime Video was censoring content in India. At the time, it was believed that this was restricted to Indian movies, but now it seems that the censorship is a lot wider in its scope.

At the launch of Prime Video in Mumbai, before anyone had a chance to properly explore the service, Gadgets 360 asked Nitesh Kripalani, head of Amazon Video in India whether the videos being shown in India would be censored or not - there had been some leaks before the launch suggesting that yes, this would be the case, although no other online streaming provider of repute has done so. 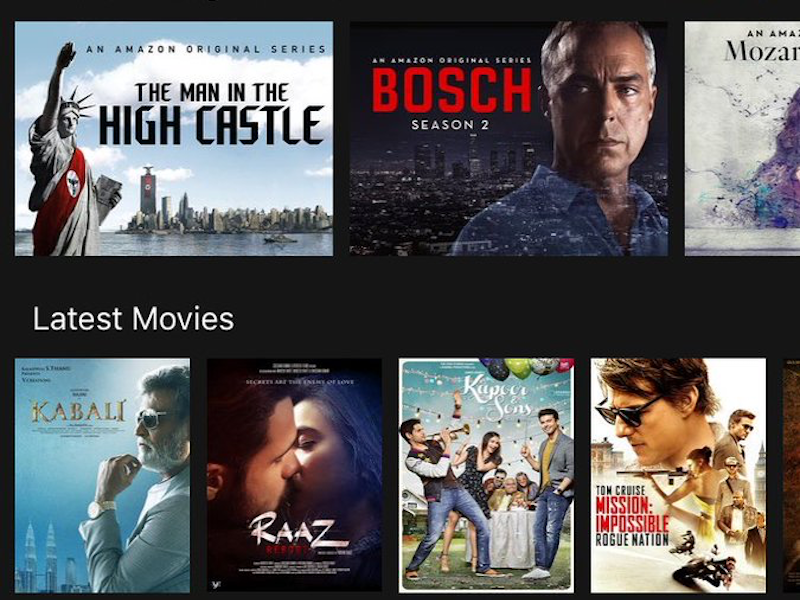 Instead of admitting that Amazon is censoring videos, Kripalani instead said he would have to check and find out, and then get back to us. Since then, we’ve sent Amazon representatives a bunch of questions about Prime Video, but no answers have been forthcoming.

The issue in question doesn't sound like a very big deal - after all, the censorship people are talking about is the blurring of private parts. It can detract from the scene at times - such as when, on Downton Abbey on Star World, the breasts of a marble statue in the background of a scene were blurred, taking the focus entirely away from the characters in the foreground. But that doesn't really affect the story being told, unlike some other cuts we've seen. A little blurring is hardly an issue, and if you really want to see naked people, well, there's an entire Internet available for you, so it's no big deal.

(Also see: Behind the Scenes With Indian TV Channels' Self-Censors)

Except that's not all that's happening. Check out the length for Episode 4 of The Grand Tour. A normal episode is an hour long, but this particular episode is just 30 minutes in length. It didn't take long to find out why either - the Grand Tour team often takes things to farcical lengths, and in this episode, one of the cars being driven is a meat mobile. Beef features, and you can imagine a team of lawyers looking at the description and marking it with a highlighter pen. Half the episode is cut with no explanation, but if you use a VPN to watch the show from any other region, there are no cuts.

In all this, Amazon's Kripalani saying that he "needs to check" signals one of a few different things. Either he genuinely does not know - in which case he's a business-focused leader who has no idea about the content his company is offering, which is just a bad sign. Or he's not allowed to speak about it, which means that Amazon isn't interested in honestly engaging with its customers.

That's not the only decision made by Amazon that is irksome. You see, the app does not support Chromecast - so if you want to watch the videos you've subscribed to, then you need to buy an Amazon Fire Stick instead. That's annoying, but the real problem is that Amazon does not sell the Fire Stick in India yet.

What if you have an imported one? Well, you'll see the international catalogue, not the local one, and so half the content won't load due to restrictions, while the Indian content can't be found on this platform.

In fact, Amazon has given this stepchild treatment to all non-mobile platforms. In other countries, people with a PlayStation 4 or Xbox One can use their game console to watch their shows and movies on the big screen. The apps are not available for either of these platforms so far. This leaves only the PC, and even that doesn't measure up to the mobile apps. Loading IMDB details, and browsing through the interface was merely functional, and there is no way to download movies on the PC.

As we argued earlier, Amazon is not going after the Netflix audience. It's making a broad, mass play, and that means mobile-focused (it's the primary and sole Internet capable device for many Indians), 2G capable (with a lot of pixelation, but no buffering), and most of all, safe. It does not want to risk cases where people accuse it of airing pornography, which is what happened to Hotstar recently. The I&B Ministry says it's not considering censorship, but clearly Amazon doesn't want to get involved in any legal risks for what is essentially a free benefit to its e-commerce business.

Unfortunately, that means that if you're looking at Amazon Prime Video solely as a video on demand service, there's a lot that needs to be improved upon right now, and the company needs to open up and be more transparent about what it's doing as well.

Further reading: Amazon Prime Video, Amazon Prime, Amazon, Video Streaming, VoD, Censorship
Gopal Sathe Email Gopal
Gopal Sathe is the Editor of Gadgets 360. He has covered technology for 15 years. He has written about data use and privacy, and its use in politics. He has also written extensively about the latest devices, video games, and startups in India. Write to gopal@ndtv.com or get in touch on Twitter through his handle @gopalsathe with tips. More
Sharp-Foxconn Said to Stop Supplying TV Panels to Samsung to Stem Losses
Flipkart Big Shopping Days Sale to See Discounts on OnePlus 3, Moto E3 Power, and More