2016 Was a Terrible Year for Big Movies

By the time Warner Bros.’ sensationally-marketed antihero get-together Suicide Squad rolled out at the start of August, movie fans had experienced a terrible “summer” in 2016. Summer is in quotes because Hollywood has greatly expanded the window traditionally considered best for blockbusters. For instance, Deadpool released in February, and Harry Potter spin-off Fantastic Beasts got here in November. The obvious part here is the crowded circuit itself – there are a lot more of these big productions than ever before, and studios must space things out to avoid competitors and cannibalising their other ventures.

Unfortunately, after two hours of Suicide Squad, it all seemed infinitely worse. It was as if someone had carefully chosen the worst bits about comic book films, thrust them into a blender and then poured it into a fancy, tall glass. Like most other critics, we loathed almost everything about Suicide Squad – and struggled to understand how anyone greenlit such a dumpster fire.

None of that however stopped Warner Bros. from climbing into the year’s biggest grossers chart, with a total of $745 million (about Rs. 5,080 crores) worldwide placing it on the eighth position. For what it’s worth, that feeds into the overall trend, with 8 out of the year’s top 10 earners being part of an existing franchise in some form. And 2016 is just the latest in a string of achievements for studios that make these movies. Since the turn of the century, the #1 film at the box office, except for 2009 (Avatar) and 2013 (Frozen), has been part of a continuing saga.

There are two reasons for this – one is the merchandising and advertising, and the second is the explosion in international earnings. Every film in this year’s top 10 made more money outside their home market of the US, with six of those picking up around two-thirds of total earnings internationally. In some cases, such as Warcraft (89 per cent) and Ice Age: Collision Course (84 per cent), that figure was even higher. But while both franchise films garnered upwards of $400 million worldwide, they were lampooned critically, not even delivering fun popcorn-fodder. 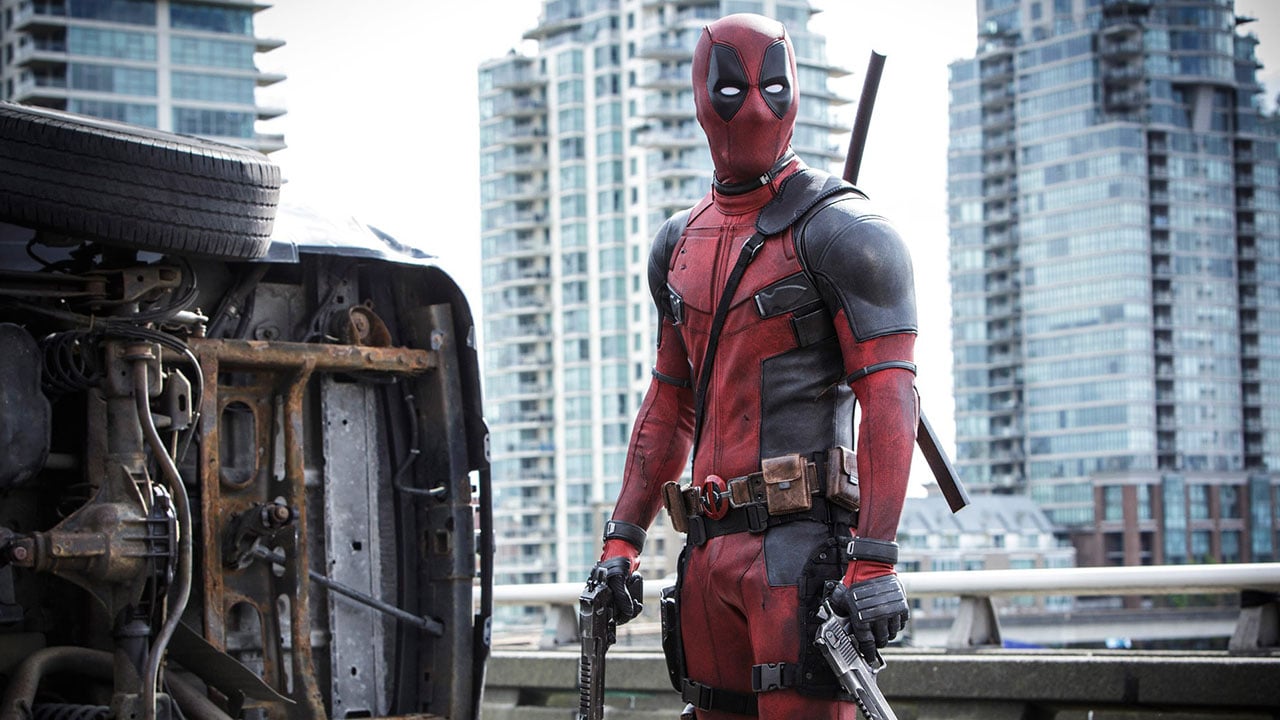 The year’s first big franchise entry got off to a much better start with Ryan Reynolds praised for his wisecracking abilities in Deadpool – he’s been nominated at next month’s Golden Globes – as the film showed a more self-aware and light-hearted take than other comic book movies. Even so, Deadpool often ended up being exactly what it was mocking, be it via its action scenes, origin story, or female characters.

Sadly, things went back to terrible soon after, as Zack Snyder gave us Batman v Superman: Dawn of Justice in March, a confusing overly-cynical mess of a film that solved its titular moral dilemma by providing both their mothers with the same name. That didn’t stop it from earning over $850 million (Rs. 5,800 crores) worldwide though, or being the stepping stone to a Justice League film in November 2017, also from Snyder.

Staff Picks: Our Favourite Purchases From 2016

There was Captain America: Civil War the following month, which despite being enjoyable in parts, failed to drive the narrative in any certain direction. It served as a major indictment of the franchise model, wherein studios are too scared to disturb status quo, lest they annoy any particular section of the audience.

May brought us the third chapter – or ninth, depending on how you count it – in the troubled lives of X-Men, with Apocalypse. Unlike its predecessors – First Class, and Days of Future Past – the film fell back on clichéd storylines and sequences that ultimately combined to make an utter bore of an entry, because it was too focused on describing the global conflict rather than exploring the humanity behind its characters. 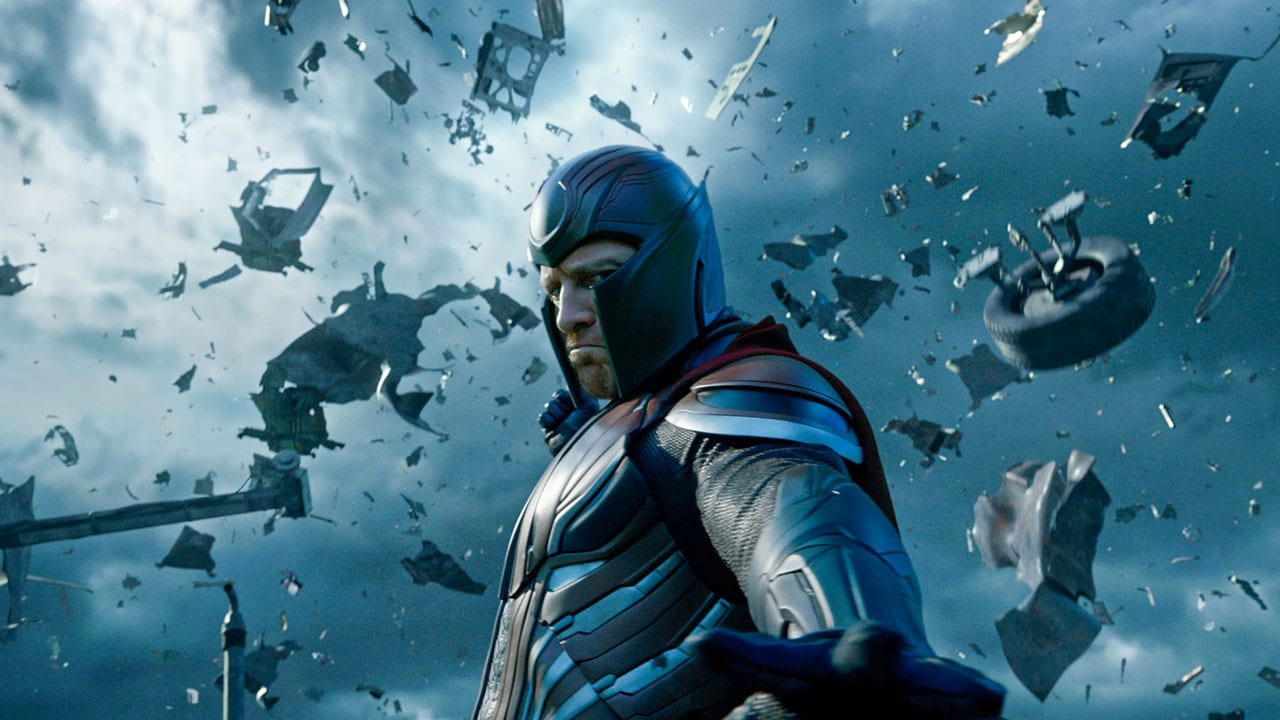 June brought the aforementioned Warcraft, which failed to light up the genre of video game films. By including a dozen characters at the fore that never had the time to develop, and having to run through the complicated mythology lore via a bunch of expositions, the adaptation felt sluggish and ultimately unnecessary. Despite its disastrous box office showing – Warcraft made most of its earnings in China via a combination of targeted marketing and local love for the game – it’s very likely the studio will try a sequel or more.

The all-female reboot of Ghostbusters was highly awaited upon release in July, partly so it would shut up the misogynistic and bigotry surrounding the trailers, but the final product failed to deliver on account of both story and action. Star Trek Beyond, the third instalment in the Star Trek reboot series, works great as an enjoyable, modern two-hour version of the beloved 60s show but it didn’t break any new ground when it comes to sci-fi tent-pole fixtures.

We’ve already expressed our opinions about August’s most-hyped venture (Suicide Squad); September and October were quiet on the pop culture front, before we were treated to a magical entry in Doctor Strange come November. It was far from being a turning point for comic book movies though, what with its total disregard of developing either its villain or any of its side characters. That’s been a recurring problem for Marvel, which seems to be using the standalone adventures as a way to bolster its ranks of the Avengers.

The same month also brought us Fantastic Beasts and Where to Find Them, a Harry Potter spin-off directly from the author herself, JK Rowling. It’s hard to imagine Eddie Redmayne’s Newt Scamander in the lead for the remaining four entries of the franchise, more so when you realise the lack of personality in his character, and the forces operating around him – Gellert Grindelwald and Albus Dumbledore will be involved heavily in a later entry. 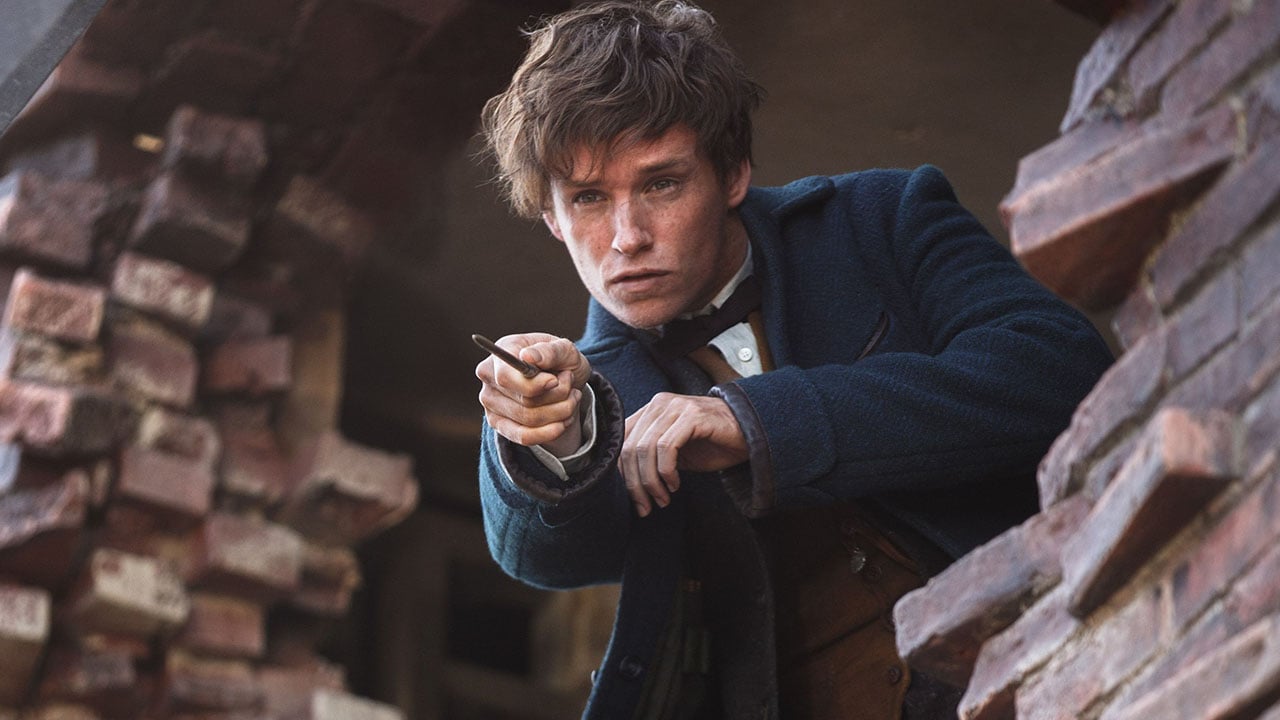 Hollywood’s “summer” has stretched so long that Disney has chosen December for the Star Wars universe, which had its first spin-off too earlier this month, in Rogue One. Thankfully, it won’t be getting four unnecessary sequels. And despite its pacing problems during the first half, looking at the year we’ve had, we’d easily put it as one of the better films we’ve been served this year.

As you can see, there have been way more misses for everything that landed. Look beyond the biggest names, and you see a continuous stretch of disappointments – be it Allegiant, Ratchet & Clank, The Angry Birds Movie, Alice Through the Looking Glass, Teenage Mutant Ninja Turtles: Out of the Shadows, Independence Day: Resurgence, The BFG, Jason Bourne, Inferno, and a lot more. While audiences saw through some of them and ensured they bombed at the box office, others manged to recoup their investment.

So what were the year’s best films for a pop culture nerd, you ask? Well, unsurprisingly, the answer is animation. Or in some cases (The Jungle Book) a mix of live-action and CGI. That’s why of the eight best films on our 2016 round-up, half are animated entries – Zootopia, Finding Dory, Kubo and the Two Strings, and Moana. If there’s one thing that’s evident, it’s that 2016 was a remarkably unimpressive year for the endless churn of sequels, prequels, reboots, remakes and spin-offs. While they may continue to take over the general conversation, a majority of them regurgitate what viewers have been previously fed. For the most part, they are insipid, and uninteresting, too often concerned of what’s coming next which not only takes away from character development but also denies us a proper ending.

The truth frankly is that the best entertainment isn’t on the big screen anymore. If it’s engaging storytelling that you’re after, the best kind is happening on television anyway. Even those that are technically tied into the franchise, the likes of Marvel’s Luke Cage, are doing a better job at not only introducing new characters but also giving them deeper and more relatable backstories. Even the ones on cable – The Flash, or Supergirl – offer up sunnier takes on the nihilistic version coined by film directors. And that’s just the start of it. 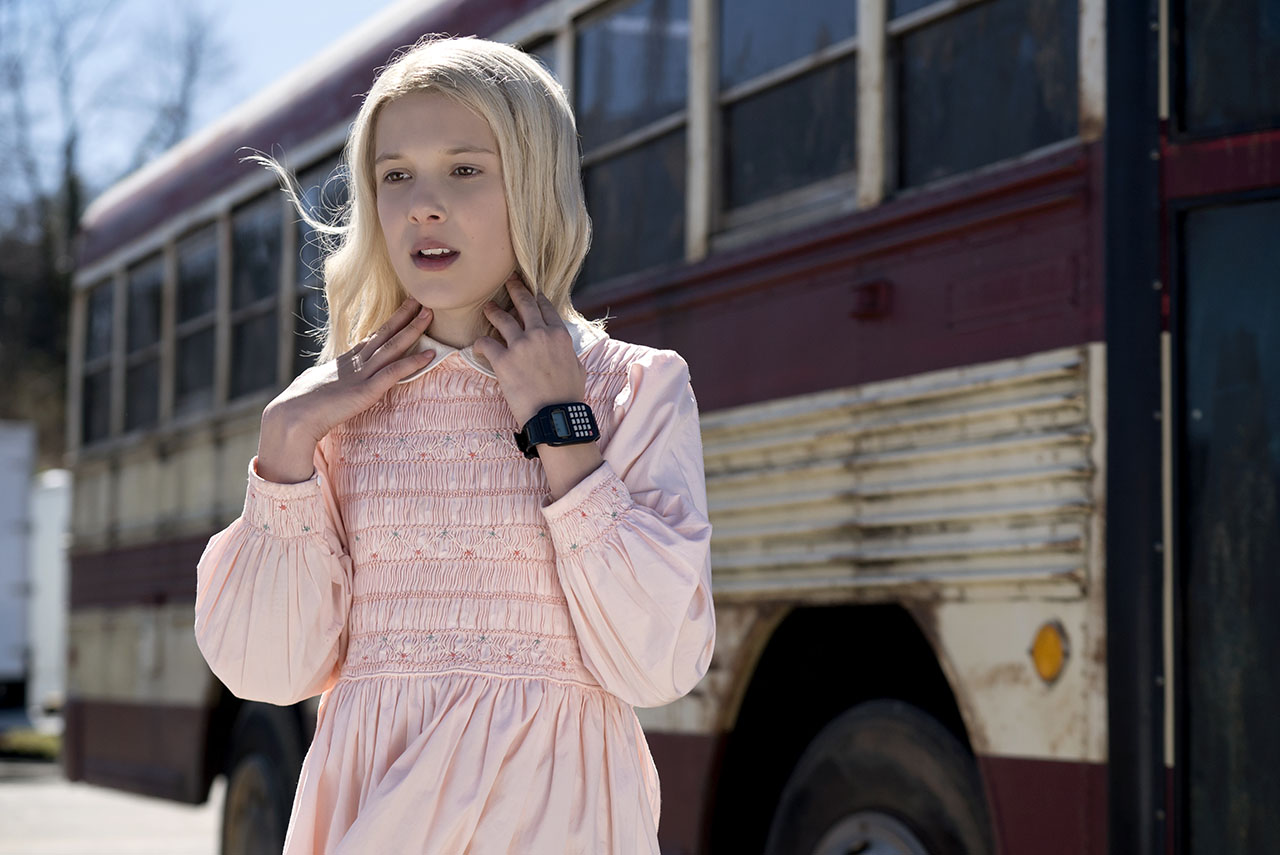 Is the 'Geek' Era of TV Too Good To Last?

Netflix’s Stranger Things is arguably the summer’s biggest hit, while Black Mirror returned for a poignant and relevant third season on the streaming service as well. Game of Thrones shined in its last few episodes of season six, and Westworld might become HBO’s next mega-hit and fill the soon-to-be vacuum of its former’s global appeal. Others, such as Mr. Robot, continued to perform strongly in a creative sense, even if they will never have the mass market appeal of a Disney flick.

An added advantage for TV shows over films is that they have much longer runtimes, which not only gives viewers more to watch, but also embeds them deeper with characters. That represents a win-win for both studios and audiences. While the longer run time – owing to multiple seasons – makes for more merchandising options, it also allows the creators to tell richer stories, and explore their world and characters at their own pace, and not feel constrained by the accepted running times of a standard movie.

Plus, the smaller budgets contribute to that as the storytellers must emphasise on the narrative over visual spectacle. In its first season, Game of Thrones depicted an entire battle scene either through close-ups or shots of people within the castle walls. Sure, the budget has grown over seasons, but it’s still nowhere near what movies can spend per running minute.

With so much great content available to people in the comfort of their homes, Hollywood has increasingly relied on providing scale and splendour that TV must shy away from. That means churning out more big-budget productions than ever before, and then enabling their release on large formats such as IMAX, in a bid to pull people away from just firing up Netflix on their screens. 2016 may not have been a great year for films, but that hasn’t stopped the studios from making the record books.

That, unfortunately, promises a familiar 2017.