Zee5 Premium subscription includes access to all Zee5 originals and exclusives, as well as blockbuster movies, all ALT Balaji Shows, and more. 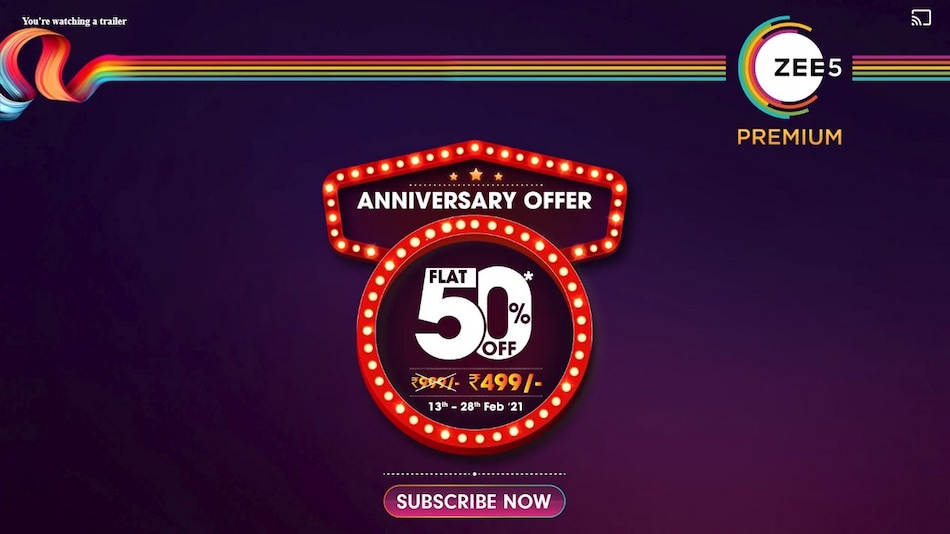 Zee5 Premium annual subscription can now be purchased for Rs. 499, marking a 50 percent discount compared to its regular price of Rs. 999 for a year. Zee5 is celebrating its three-year anniversary and to mark the occasion, the annual plan has been discounted. Customers who are interested in availing this offer should do so before February 28.

Recently, the Supreme Court asked the Centre to apprise on how the government plans to regulate OTT platforms such as Netflix and Amazon Prime Video. The apex court was hearing a Public Interest Litigation (PIL) for regulating OTT platforms by an autonomous body and it includes Netflix, Amazon Prime, Zee5, and Hotstar.

Additionally, BSNL has tied up with YuppTV to offer the BSNL Cinema Plus service to its subscribers at Rs. 199 per month and it includes access to SonyLIV Special, Voot Select, YuppTV Premium, as well as Zee5 Premium.