Quick Picks is positioned prominently in the Homepage on YouTube Music, below Your Favourites and Mixed For You.

YouTube Music is rolling out a new Quick Picks section on its homepage, multiple Reddit users have posted. The new Quick Picks category consists of a carousel featuring four songs on each page. On selecting a song, a radio playlist of similar songs will be generated. YouTube Music already has a Start Radio option that plays a number of songs similar to the one you are listening to, but the Quick Picks section seems to be an even more efficient, prominent way of introducing users to more music of their taste.

Reddit users posted about spotting the new Quick Picks section on YouTube Music. The suggested songs, according to the post, are sometimes songs they have already heard several times but not liked. Quick Picks is positioned prominently in the Homepage, below Your Favourites and Mixed For You.

The feature was initially spotted by a Reddit user two months ago and it now appears to be rolling out to more users. Quick Picks reportedly has five pages of four songs each that you can keep swiping over. 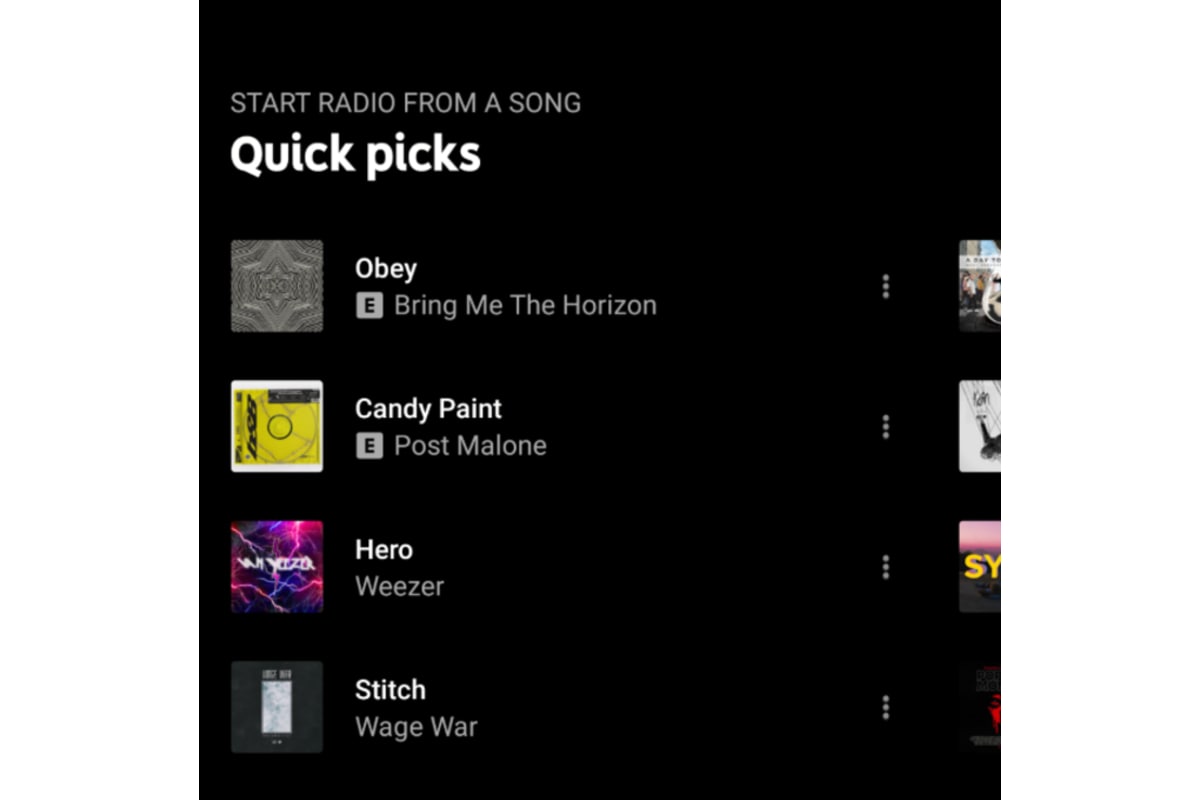 A report by 9to5Google confirmed that the feature has begun rolling out to Android and iOS users, as well as YouTube Music on the Web.

With Google Play Music shutting down and Google encouraging users to shift to YouTube Music, the latter has introduced several new features to make the music streaming service more efficient. Last week, YouTube Music added an activity bar that lets users customise the homepage by giving them easy access to music for featured activities like workout and focus. It also introduced seven personalised My Mix playlists for users on the Home page, featuring diverse artists and different moods.

Further reading: YouTube Music, YouTube, YouTube Music Quick Picks
Tanishka Sodhi Email Tanishka
Tanishka Sodhi is a sub-editor at Gadgets 360. As a journalist, she has covered education, culture, and media and mental health. She is interested in the intersection of technology and culture, and its impact on everyday lives. Tanishka is a staunch advocate of gender equality, and the correct use of commas. You can get in touch with her via Twitter at @tanishka_s2 or drop a mail at tanishkas@ndtv.com. More
Baidu to Buy JOYY’s Chinese Live-Streaming Service for $3.6 Billion
Transformers 7 Taps Creed II Director Steven Caple Jr.: Report