Carry Minati Hits Back at YouTube, Amir Siddiqui, Others in Viral Rap Yalgaar

Carry Minati's Yalgaar is trending all over social media and is currently the top trending video on YouTube in India. 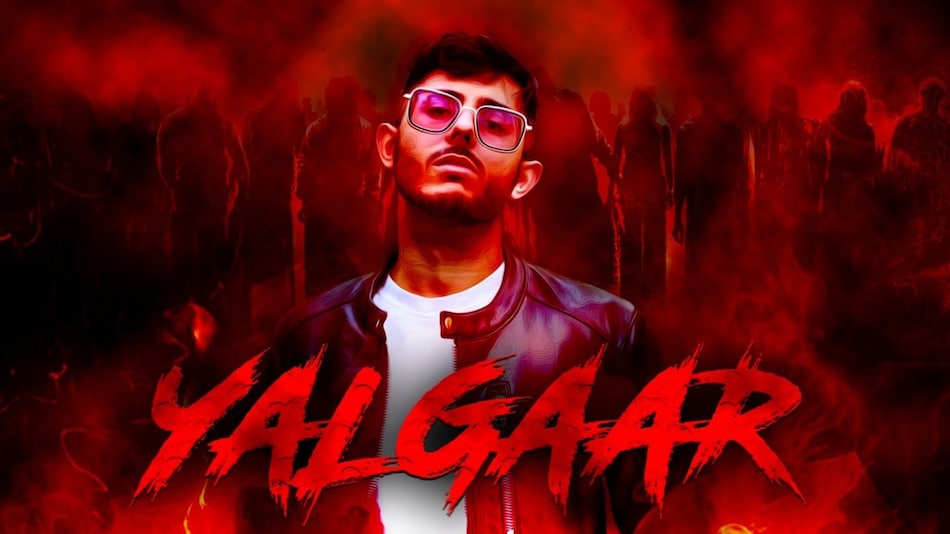 CarryMinati aka Ajey Nagar has over 20.6 million subscribers on YouTube

Carry Minati, a popular YouTuber, is back in news with his new rap song that hit the video sharing platform late-Friday. With the rap that is called Yalgaar, Carry Minati aka Ajey Nagar is calling out YouTube, TikTok creator Amir Siddiqui, another Youtuber Dhruv Rathee, and popular comedian Kunal Kamra. Nagar is miffed since YouTube took down his viral “YouTube vs Tik Tok – The End” video that had garnered over 75 million views. CarryMinati has over 20 million subscribers on YouTube right now.

The 3 minutes and 14 seconds long Yalgaar is trending all over social media and is currently the top trending video on YouTube in India. At the time of writing, it had garnered over 28 million views on YouTube with over 4.8 million likes in less than 24 hours. The rap song is clearly a hit among his followers who are also known as Carry Army. If this continues to gain views like this, it may end up becoming one of the "top 20 most-viewed online videos in first 24 hours".

The rap takes aim at a number of individuals as mentioned and the very platform – YouTube – which has propelled him to stardom. Carry Minati hits out at YouTube for removing the “YouTube vs Tik Tok: The End” video. The YouTuber mentions how videos like his are YouTube's bread and butter and the company was being hypocritical in removing his video.

The “YouTube vs Tik Tok: The End” video was uploaded on May 8 and went viral, but it was also criticized by many and later took down by YouTube for violating its terms of use. Before being pulled, the video had garnered over 75 million views and helped Carry Minati get millions of new subscribers. In fact, as per data from Social Blade, Carry Minati has gained over 9.5 million new subscribers since that video came out less than a month ago. Carry fans had also taken to social media “seeking justice” for the YouTuber and TikTok's app listings on Google Play Store and Apple App Store bore a brunt of it.

In his rap video, Carry Minati also takes a jab at TikTok creator Amir Siddiqui for “playing victim card”. It was Siddiqui who was primarily roasted in Carry Minati's YouTube vs TikTok video. After YouTuber's video Siddiqui called him out for cyberbullying. During this whole feud, Amir Siddiqui's TikTok account was suspended, but is seemingly back now.

Carry Minati also made fun of another Youtuber Dhruv Rathi and popular comedian Kunal Kamra. Kamra had recently made fun of Carry Minati's roasts and claimed to school him in the art of roasting. Rathee, who normally tackles political and social issues in his videos, had earlier published a video on TikTok vs YouTube debate and Carry Minati called him out for trying to benefit from the trend.