Wonder Woman 2 has an official title: it's called Wonder Woman 1984. The news comes with two first-look images for the sequel to the 2017 hit, provided by star Gal Gadot and director Patty Jenkins on their respective Twitter accounts, which comes with a big spoiler-y reveal for those who haven't seen the first chapter.

The image tweeted out by Gadot (above) is straightforward. It shows the titular character staring at a bunch of TV screens, some of which display very 1980s things. It reinforces the film's setting – it had already been revealed before – which represents a more than 60-year jump from its predecessor, which was set during the end of World War I.

It's the second image, posted by Jenkins (below), that carries the big reveal. It shows Chris Pine as Steve Trevor, wearing a sweatsuit and sport shoes, standing inside what definitely looks like a mall. The reason it's shocking is because Trevor died in Wonder Woman, sacrificing himself in an explosion high in the sky. 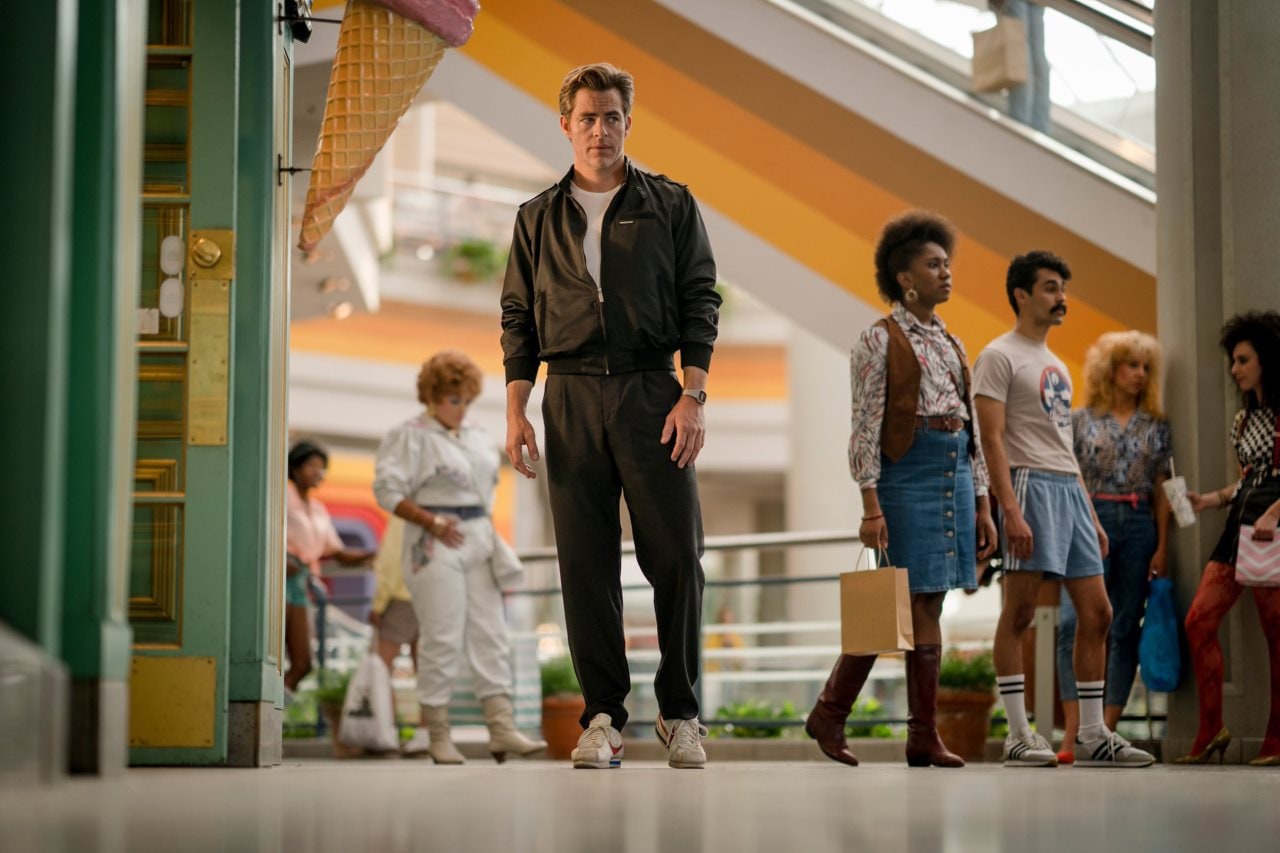 Of course, it's possible that this is just a dream sequence from Wonder Woman 1984, but it seems unlikely that one of the first promotional images for a sequel would be for such a thing. There's also the question of how less he seems to have aged, given the aforementioned 60-year gap.

Even if Trevor was in his early 20s in the first film, he would be in his 80s in the sequel. But he doesn't look that old in the image, which means he's been brought back in some fashion. Wonder Woman is the daughter of Zeus, after all.

And if he is actually back from the dead, Wonder Woman 1984 will become yet another example of superhero films undercutting the gravity of a character's death. We'll have to wait for the first trailer to find out what's really happening here.

Filming is now underway on the sequel, which also stars Kristen Wiig as the main villain Cheetah, and Pedro Pascal in a major role.