It’s worth pointing out though that Voot is part of a self-censorship body.

On Tuesday, Viacom18-owned Voot officially kicked off its presence in India's competitive paid streaming market — alongside the likes of Hotstar, Netflix, and Amazon Prime Video — with the launch of Voot Select. And it's already doing better than some of them in one regard: self-censorship. Both Amazon and Voot have rights to the CBS political drama Madam Secretary in India. But while the former had decided to not air the fifth season premiere that dealt with Hindu nationalism, and violence against Muslims and other minorities in India, the latter has retained said episode on its platform. If you're a Madam Secretary fan, it's clear where your new loyalties ought to lie.

Voot choosing to not engage in self-censorship — at least for now — is not just a good move for the service but also its potential subscribers. It is an unexpected step from Viacom18, when others such as Jeff Bezos-owned Amazon and Disney-owned Star India have chosen to opt for censorship instead. 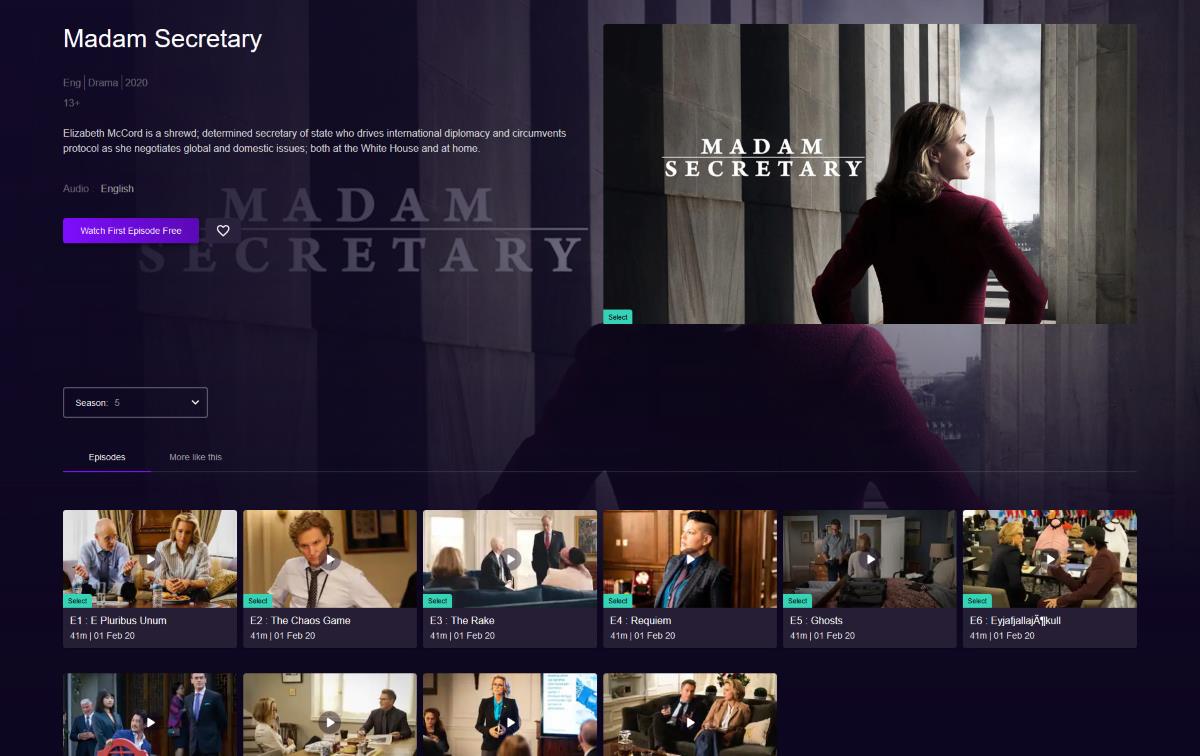 Of course, at the same time, Voot is one of five signatories of the independent adjudicatory council, Digital Content Complaint Council (DCCC), which runs along the lines of the Broadcasting Content Complaints Council (BCCC), that has led to massive self-censorship on TV.

With the DCCC allowing for the government to file complaints about content on streaming services, and the government mounting pressure on companies in regard to self-censorship, Voot could very easily find itself in a tight spot further down the road. Hotstar is one of the other four members of the DCCC, and it has already been actively engaging in pro-government censorship, with last week's decision to not air an episode of the Emmy-winning HBO news satire talk show, Last Week Tonight with John Oliver, that was critical of PM Modi. It'll be interesting to see how Voot fares in a situation like that.

Further reading: Voot, Voot Select, Madam Secretary, CBS
Akhil Arora Email Akhil
Akhil Arora covers entertainment for Gadgets 360, interviewing stars such as Christian Bale and Anurag Kashyap, covering series premieres, product and service launches across the globe, and looking at American blockbusters and Indian dramas from a global socio-political and feminist perspective. As a Rotten Tomatoes-certified film critic, Akhil has reviewed over 150 movies and TV shows in over half a decade at Gadgets 360. When he is not completely caught up with new film and TV releases, Akhil ...More
Foxconn's Consumer Electronics Revenue to Take a Hit in First Quarter Due to Coronavirus
Amazon Confirms First Coronavirus Case Among US Employees, Worker Quarantined