Ad-supported streaming service Voot, owned by Viacom18, has announced 17 new original series along with a second season for Swara Bhaskar-starrer It’s Not That Simple. In addition, Voot is set to expand beyond India in November, making its international debut with the UK.

The 17 new originals are spread across genres and come from a variety of creators, including Javed Akhtar, who is writing his first Web series. One of them, a talk show called Feet Up With The Stars, released its first episode Thursday on Voot.

“It’s always exciting when you’re doing something new,” Akhtar said at the announcement in Mumbai on Thursday. “The first time I wrote a film, I was paid Rs. 100 per month – this time I’m being paid a little more,” he joked.

Though Voot provided no release dates for all other series, Viacom18 MD Sudhanshu Vats emphasised that this was its “immediate, near-term slate” and they would come out within the next 6-9 months. In total, the streaming service is looking at a total of 150-200 hours of content.

Viacom18 Motion Pictures – behind films such as Padmaavat – will produce some of the new originals, under a new banner known as Tipping Point Films.

Voot’s reasoning for picking the UK as its first international market is the significant Indian-origin population of 1.825 million. The service will use a subscription-based model outside India, similar to Hotstar's expansion in the US and Canada.

The Viacom18-owned streaming service is also developing a freemium model for India, Vats told reporters at a round-table later. Some of the newly-announced originals will be available for free, while others will be locked behind a paywall. 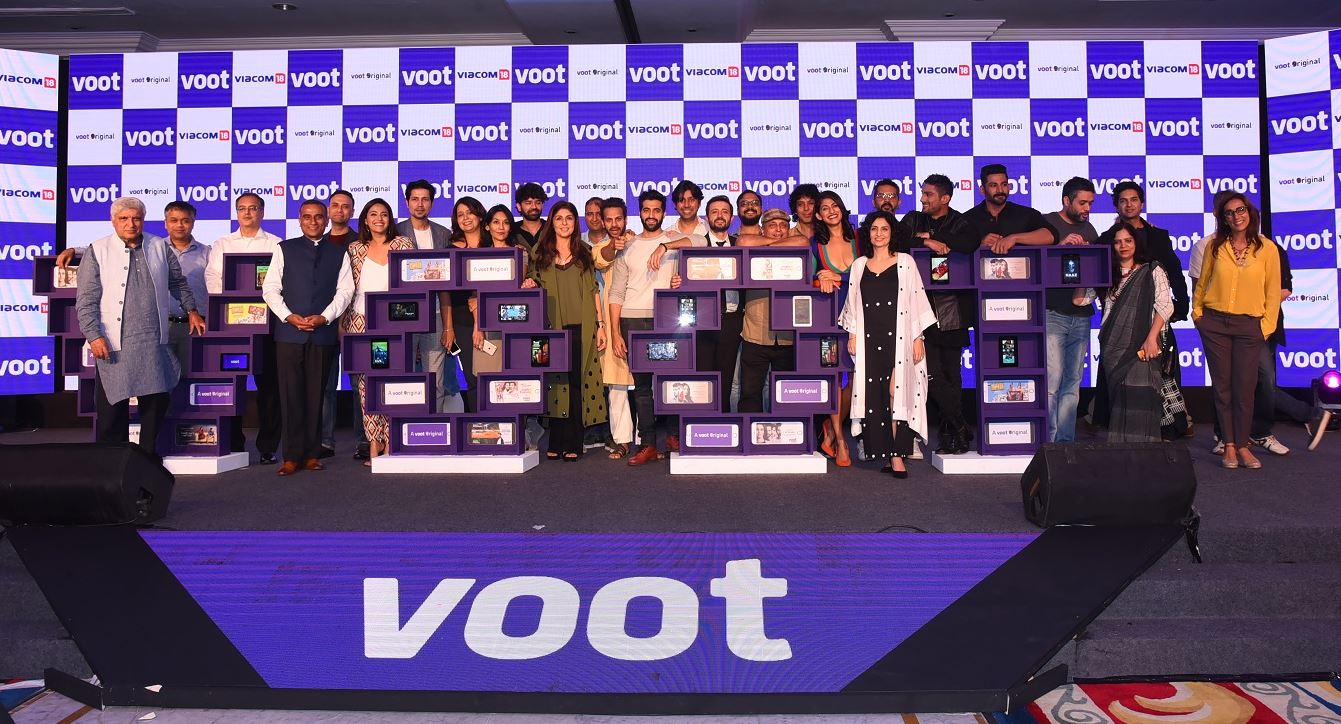 The cast and crew of the newly-announced Voot Originals, with Viacom18 executives

Here is the complete list of the 17 new Voot originals:

Barefoot 11 – a sports drama written by Javed Akhtar. Follows a devout Hindu and Muslim who unite India through football, set during the Golden Era of Indian Football in the late 1940s.

X-Ray – an anthology series based on Satyajit Ray's short stories, in a contemporary setting. Produced by Viacom18’s Tipping Point and directed by Shrijit Mukherji. The episodes will vary vastly in genre and style, and will be “full of thrills, twist and turns and a strong emotional core”.

Jamtara – a crime drama set in a small town that's the "epicentre of all phishing crimes" in India. Co-produced by Viacom18’s Tipping Point and directed by National Award-winning Soumendra Padhi. Will look at how the “influx of new-found money leads to fault lines between families, relationships, youth and the city’s moral fabric”.

Law and Honour – a legal drama directed by Sahir Raza, starring Piyush Mishra, Akshay Oberoi, Kubra Sait (Sacred Games). “Questions whether all lawyers are mercenaries or can some resist the lure of greed, ambition and power.”

The Sawaikar Case – a thriller written by Bijesh Jayarajan and Anitha Nair, set in Goa. “About family, love, deceit, and the secrets that wrench [them] apart.”

Who Kaala Ladka – a coming-of-age comedy-drama about a dark-skinned boy “born darker than night”, who wishes to be a TV anchor and is growing up in the 1970s against the backdrop of television transitioning from black-and-white to colour.

R.A.W. Diaries – an “in-depth exploration of classified RAW missions in an ode to the faceless, nameless soldiers of RAW who quietly give their lives. Mukesh Radha Krishna Tak is the producer.

Rani Saheb – an inside look at Bollywood in the 1980s from Deeya and Tony Singh.

Naaz – a kidnapped woman turned into a weapon who turns into an “accidental rebel”. Inspired by a true story set in Kashmir.

Dagalti – a romcom in Tamil

Sirrai – a psychological thriller in Tamil, about a leading fictional Tamil superstar.

I See You – a spinoff of Colors Kannada's Agnisakshi following Siddharth and Sannidhi.

Don't Think – a technological thriller, also in Tamil, where people are “at the mercy of technology.”

Further reading: Voot, Viacom 18, Voot Originals
Akhil Arora Email Akhil Akhil Arora covers entertainment for Gadgets 360, interviewing stars such as Christian Bale and Anurag Kashyap, covering series premieres, product and service launches across the globe, and looking at American blockbusters and Indian dramas from a global socio-political and feminist perspective. As a Rotten Tomatoes-certified film critic, Akhil has reviewed over 150 movies and TV shows in over half a decade at Gadgets 360. When he is not completely caught up with new film and TV releases, Akhil ...More
iPhone 2018 Models' Launch Likely as Apple Sends Invites for September 12 Event
PS5 Codename May Be Erebus: Report