“That rodent is toast.” If only you knew what you’re dealing with. 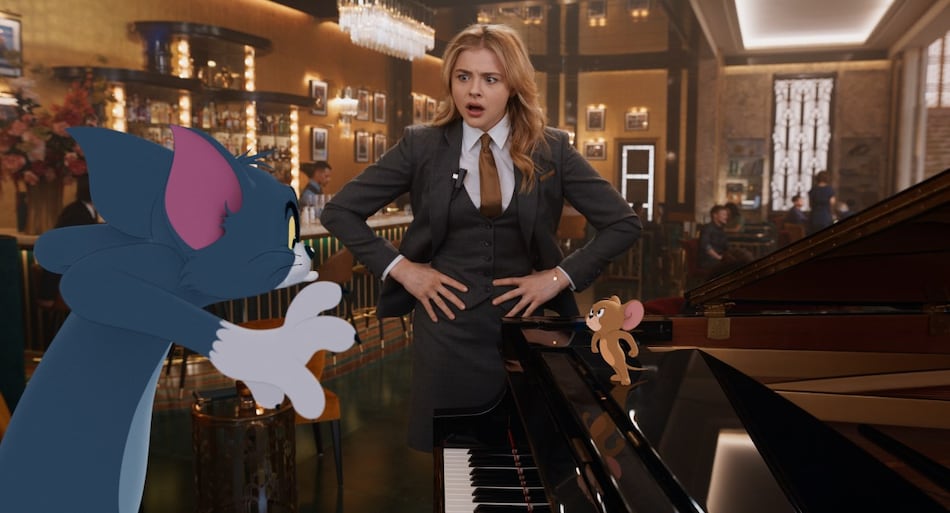 The Tom & Jerry movie trailer is here. Warner Bros. has unveiled a two-minute first look at its first Tom and Jerry movie in nearly three decades, which finds the iconic duo in real-world New York. Tom and Jerry are still animated, but everything else is live-action. It's a little weird and takes getting used to — kind of like with Sonic the Hedgehog — but Tom & Jerry tries to make it go down slightly easier by making all animals animated. The Tom & Jerry trailer sets up the film's premise, and gives us a lot of Jerry's antics at the expense of Tom, which is what audiences are here for after all.

An Indian wedding is about to take place at a prestigious New York hotel — Michael Peña's character tells us the hotel has hosted “four presidents, three popes, two kings” — where Chloë Grace Moretz's event planner Kayla applies for a job. At her interview, Rob Delaney's hotel manager DuBros tells her that they have a “mouse problem” and Kayla promises to catch it. If only she knew what she was getting into. Her plan? Hire Tom. Oh boy. Jerry's reaction is gold, and the cat and mouse immediately get at each other's throats.

The rest of the Tom & Jerry trailer is made up of Jerry playing all sorts of pranks on Tom, evading her on the streets of New York with the help of a drone — Jerry has arrived in the 21st century — and causing a general ruckus at the wedding. The Tom & Jerry trailer song is Lizzo's 2019 retro-inspired funk pop track “Juice”.

In addition to Peña, Moretz, and Delaney, Tom & Jerry cast includes Ken Jeong as hotel chef Jackie, Colin Jost as Dwayne, and Pallavi Sharda as Preeta. William Hanna, Mel Blanc, and June Foray provide vocal effects for Tom and Jerry through archival audio recordings. Hanna is the co-creator of Tom and Jerry along with Joseph Barbera. Tim Story (Ride Along) is directing Tom & Jerry off a script by Kevin Costello (Brigsby Bear). Tom & Jerry is a production of Warner Animation Group, Turner Entertainment Company, and The Story Company.

One of the most beloved rivalries in history is reignited when Jerry moves into New York City's finest hotel on the eve of “the wedding of the century,” forcing the event's desperate planner to hire Tom to get rid of him, in director Tim Story's “Tom & Jerry.” The ensuing cat and mouse battle threatens to destroy her career, the wedding and possibly the hotel itself. But soon, an even bigger problem arises: a diabolically ambitious staffer conspiring against all three of them. An eye-popping blend of classic animation and live action, Tom and Jerry's new big-screen adventure stakes new ground for the iconic characters and forces them to do the unthinkable… work together to save the day.

Tom & Jerry is slated to release March 5, 2021 in cinemas worldwide, but the trailer simply says “coming soon”. That makes sense given how COVID-19 has been playing wrecking ball with movie release dates.