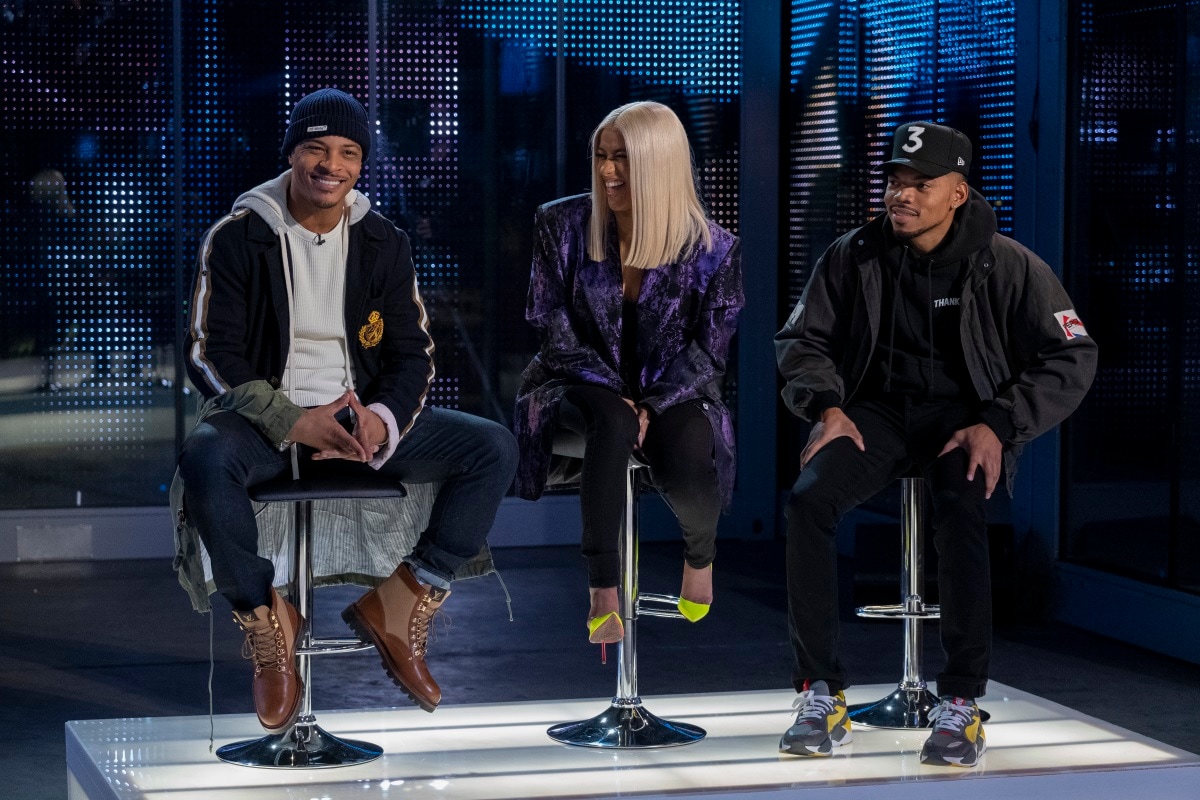 T.I., Cardi B, and Chance the Rapper in Rhythm + Flow

Netflix has unveiled the release date — October 9 — in the first teaser trailer for Rhythm + Flow, its first-ever music reality competition series that features rappers Cardi B, Chance the Rapper, and T.I. as judges “searching for the next breakout hip-hop star”. Per Netflix, Rhythm + Flow will “bring together industry legends across a multi-city search in hip-hop epicenters Los Angeles, New York, Atlanta, and Chicago, to find raw talent and help undiscovered artists pursue their come up.” With John Legend as an executive producer, Rhythm + Flow will run for a total of 10 episodes, with new episodes every Wednesday.

“Creativity doesn't have blueprints,” Chance the Rapper says in the first Rhythm + Flow teaser trailer. Meanwhile, arriving in Chicago, T.I. looks out of a helicopter and says: “These streets right below us, that's where we are going to find the next hip-hop sensation.” Elsewhere in what seems like a private jet, Cardi B laughs and says: “Let the games begin.” Chance the Rapper dubs Rhythm + Flow as “TV's first legit hip-hop competition” as we see contestants participate, practice, and have fun.

While this will be the first-ever music reality competition series for Netflix globally, Amazon Prime Video has already had one in March last year — from India nonetheless in The Remix, which had Sunidhi Chauhan, Amit Trivedi, and Nucleya as judges.

Here's the official description for Rhythm + Flow, via Netflix:

“A fresh talent-show for the new digital age, Rhythm n Flow, executive produced by John Legend, is on a mission to find the world's next hip-hop star. With a panel of hip-hop's current reigning kings and queens, the competition searches across the most influential cities in hip-hop in search of fresh talent, fresh cyphers, and hustlin' star power.”