The Office, Seinfeld Coming to Netflix India in October

Netflix India will soon be the premier home of classic American sitcoms. 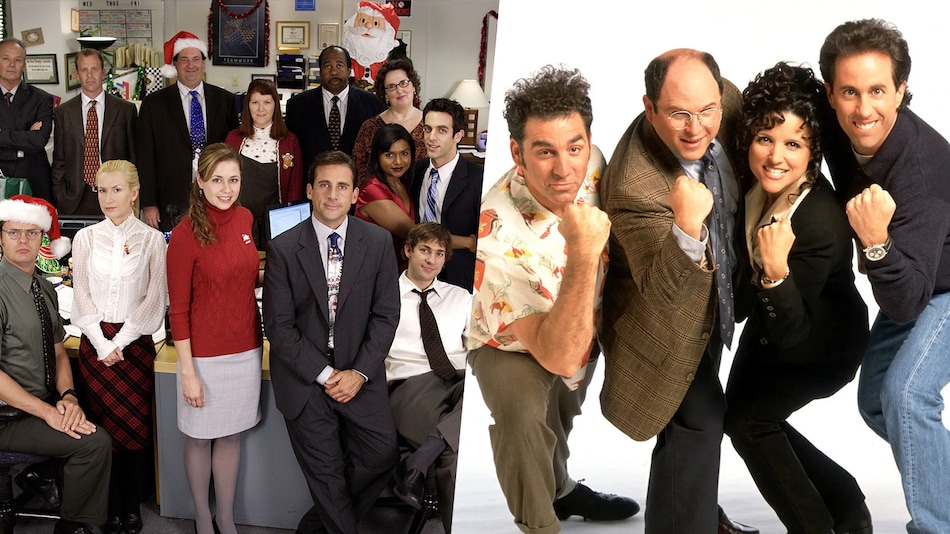 The Office, and Seinfeld

The Office (US) and Seinfeld are coming soon to Netflix India, the latter coming very soon, Gadgets 360 has learnt. It's time for more Dundies and sponges. All nine seasons — 18 seasons and 381 episodes put together — of both beloved, award-winning sitcoms will be available. The 180 episodes of Seinfeld, across its nine-season run, will be exclusive to Netflix starting Friday, October 1. Three weeks later, the 201 episodes of The Office's nine seasons will arrive Saturday, October 23 on Netflix in India. At the time of writing, Seinfeld is on SonyLIV, while The Office is with Amazon Prime Video.

Seinfeld's arrival on Netflix is part of a global five-year deal the streaming service signed with the rights holder Sony Pictures Television in 2019. That means Seinfeld won't be available on SonyLIV after the end of September. But there's no clarity yet on how Netflix's India deal for The Office impacts its availability elsewhere. Will it be exclusive to Netflix in India going forward, or will it continue to stream on Prime Video? Gadgets 360 has reached out to Netflix, Amazon, and NBCUniversal India to seek comment along those lines. The rights to The Office (US) are owned by NBCUniversal Television.

Currently, Netflix has the rights to The Office in at least seven international markets, including Australia, Canada, Japan, Iceland, South Africa, Sweden, and the UK. But in India, The Office has been streaming on Prime Video ever since Amazon launched its subscription video platform in the country. For a certain section of the audience, this is a huge get for Netflix. Just as with Friends, The Office has a strong loyal following around the world. Friends frequently appears on Netflix's daily “Top 10” in India, and it will be interesting to see how The Office performs.

The nostalgia around old comfort sitcoms has proven to be a big draw for streaming service subscribers — at least outside of India. So much so that NBCUniversal's fledgling platform Peacock paid $500 million (about Rs. 3,710 crores) to get all nine seasons of The Office back from Netflix in the US. HBO Max similarly forked over $425 million (about Rs. 3,153 crores) to take Friends away from Netflix in the US. Netflix paid over $500 million to grab worldwide streaming rights for Seinfeld. And Netflix is said to be paying between $70 and $80 million (about Rs. 519–593 crores) every year to keep Friends outside the US.