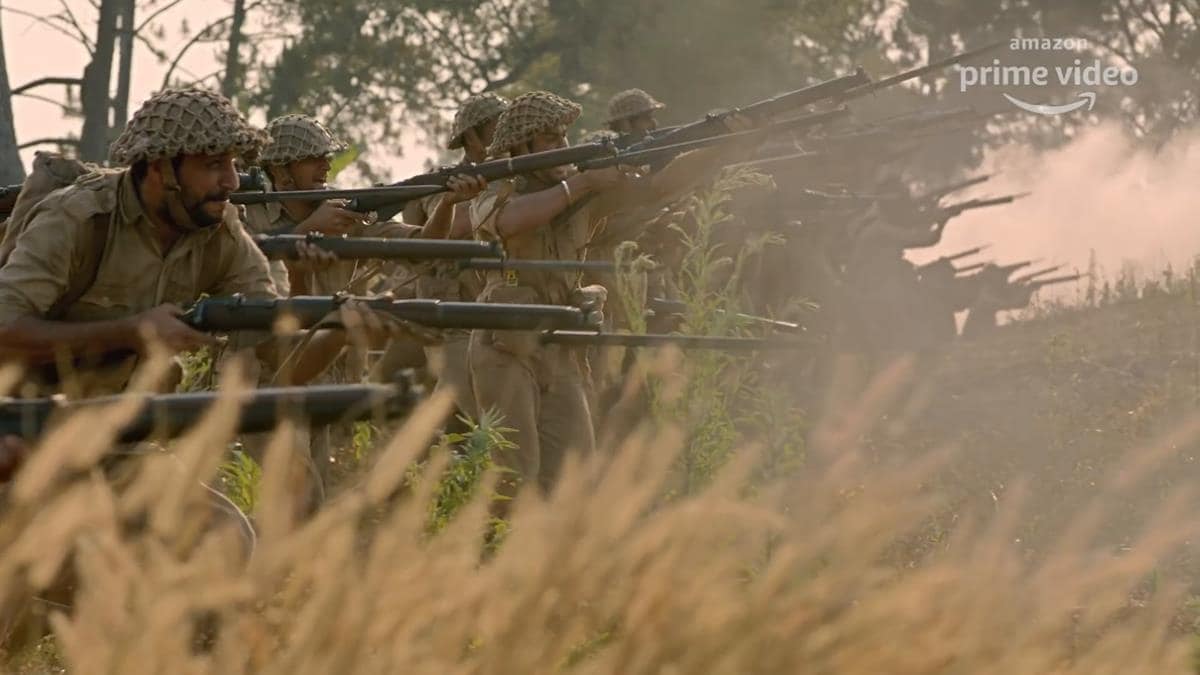 A still from The Forgotten Army teaser trailer

Amazon Prime Video has announced a January 24, 2020 release date for The Forgotten Army, the World War II era-set drama about Subhas Chandra Bose's Indian National Army from creator and director Kabir Khan. The Forgotten Army stars Sunny Kaushal (Gold) and newcomer Sharvari in the lead. Alongside, we also have a 40-second teaser trailer for The Forgotten Army, which features a bit of cricket involving the British and Indians, a Japanese incursion into eastern India, and the subsequent warfare that would ensue in the mid-1940s. Amazon is styling the series as “The Forgotten Army – Azaadi Ke Liye.” Pritam is the music composer on The Forgotten Army.

For Khan — who is best known for the 2015 comedy-drama Bajrangi Bhaijaan — The Forgotten Army is a fictionalised series conversion of his 1999 documentary and directorial debut of the same name, coming over two decades later. Khan got his start in documentary filmmaking before launching himself into Bollywood with the 2006 adventure comedy-drama Kabul Express. Since then, he has directed the 2009 spy thriller New York, the 2012 romantic thriller Ek Tha Tiger, the 2015 action thriller Phantom, and the 2017 war drama Tubelight. Khan's next film is the sports drama ‘83, about India's Cricket World Cup success in 1983.

For Amazon, The Forgotten Army will be its first original series from India in 2020. This past year, it had a total of seven original series in the women-centric comedy-drama Four More Shots Please! in January, the Zoya Akhtar-directed drama Made in Heaven in March, the second season of Biswa Kalyan Rath-created anthology drama Laakhon Mein Ek in April, the family sitcom remake Mind the Malhotras in June, the Manoj Bajpayee-led action thriller The Family Man in September, the second season of cricket-themed drama Inside Edge in December, and The Viral Fever-made young adult comedy Hostel Daze also in December.

All episodes of The Forgotten Army are out January 24, 2020 on Amazon Prime Video worldwide.

IPL Auction 2020: When Does It Start, How to Watch on TV, Live Stream Details, More