But there’s a twist: the superheroes are corrupt, in every possible way.

Chace Crawford in The Boys

There's a new superhero team in town. Except they are not really heroes. Amazon Prime Video's adaptation of The Boys — based on Garth Ennis and Darick Robertson's comic book series of the same name — is now streaming. The black comedy series is about the titular group of vigilantes who set out to take down The Seven, a group of corrupt superheroes who have been misusing their outsized celebrity and fame. The Seven is modelled on Justice League, featuring allegories to Superman, Batman, Wonder Woman, Aquaman, and The Flash among others. Developed by Eric Kripke, Evan Goldberg, and Seth Rogen, The Boys stars Karl Urban in the lead, with a recurring role for Simon Pegg.

The Boys Renewed for Season 2, Casts Aya Cash as Stormfront

In addition to Urban as The Boys leader Billy Butcher and Pegg as the father of one of The Boys' members, Amazon's new superhero series also stars Elisabeth Shue (The Karate Kid) as Madelyn Stillwell, who works for Vought International, the company that looks after The Seven; Laz Alonso (Avatar) as Mother's Milk, an African-American member of The Boys; Jack Quaid (The Hunger Games) as Hughie Campbell, who joins The Boys after his girlfriend is killed in an accident; Karen Fukuhara (Suicide Squad) as Female, a member of The Boys; and Tomer Kapon (Fauda) as Frenchie, a member of The Boys.

On the side of The Seven, which calls itself “the greatest superhero team the world's ever seen”, there's Antony Starr (Banshee) as Superman parallel Homelander; Nathan Mitchell (Supernatural) as Black Noir who's similar to Batman; Dominique McElligott (Hell on Wheels) as Queen Maeve, reminiscent of Wonder Woman; Chace Crawford (Gossip Girl) as The Deep, its version of Aquaman; Jessie Usher (Shaft) as A-Train, who's like The Flash; and Erin Moriarty (Jessica Jones) as Starlight, The Boys' equivalent of Stargirl. Lastly, Alex Hassell plays Translucent, who can turn completely invisible.

Goldberg and Rogen are also producers on The Boys via their banner Point Grey Pictures, alongside Amazon Studios, Sony Pictures Television, and Original Film. The Boys is the second Ennis comic book Goldberg and Rogen have developed after Preacher, which is due for its fourth and final season later in 2019 on AMC in the US, and on Amazon Prime Video in India.

Here's the official synopsis for The Boys, via Amazon:

“Supes have been committing atrocities, which keep getting swept under the rug because they are revered by the adoring public. Billy Butcher recruits The Boys who have all been wronged by The Seven, the world's most notorious superheroes, to bring them down and stop the corruption. Based on the bestselling comics by Garth Ennis, The Boys is a revenge story where the nobodies take on the somebodies.”

All eight episodes of The Boys season 1 are available on Amazon Prime Video. 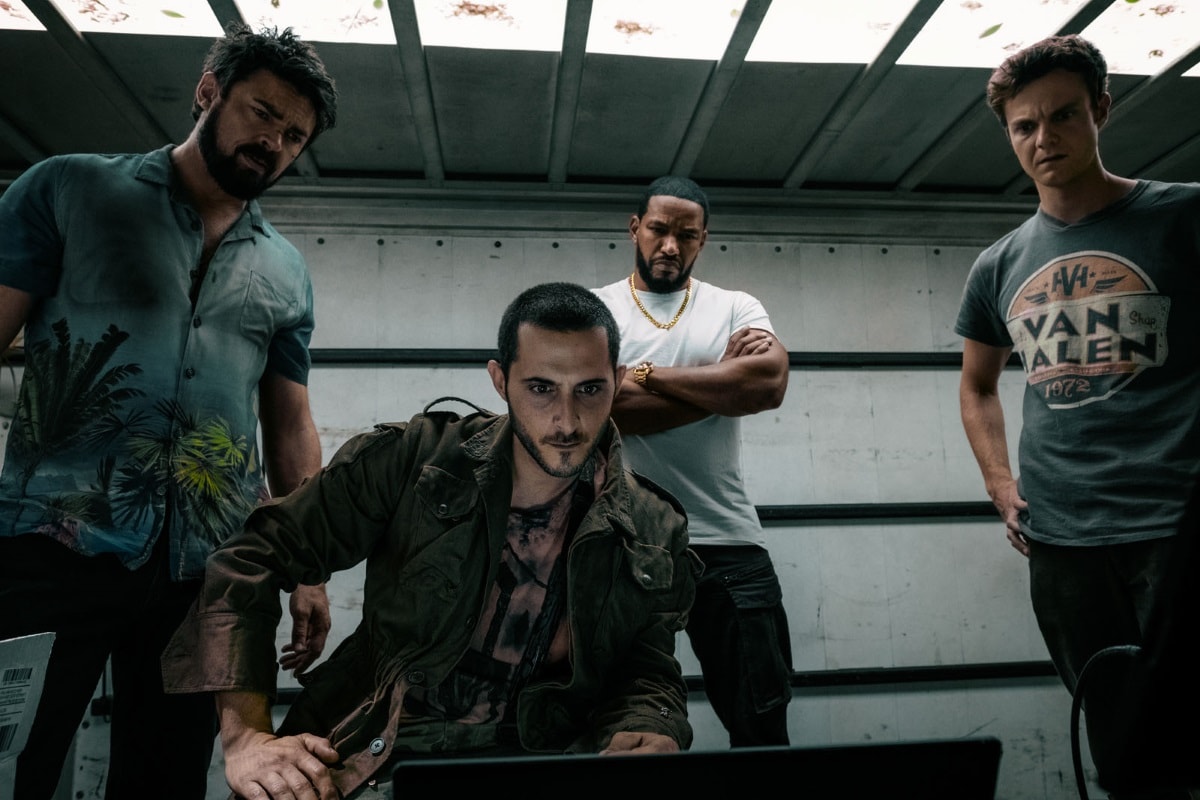 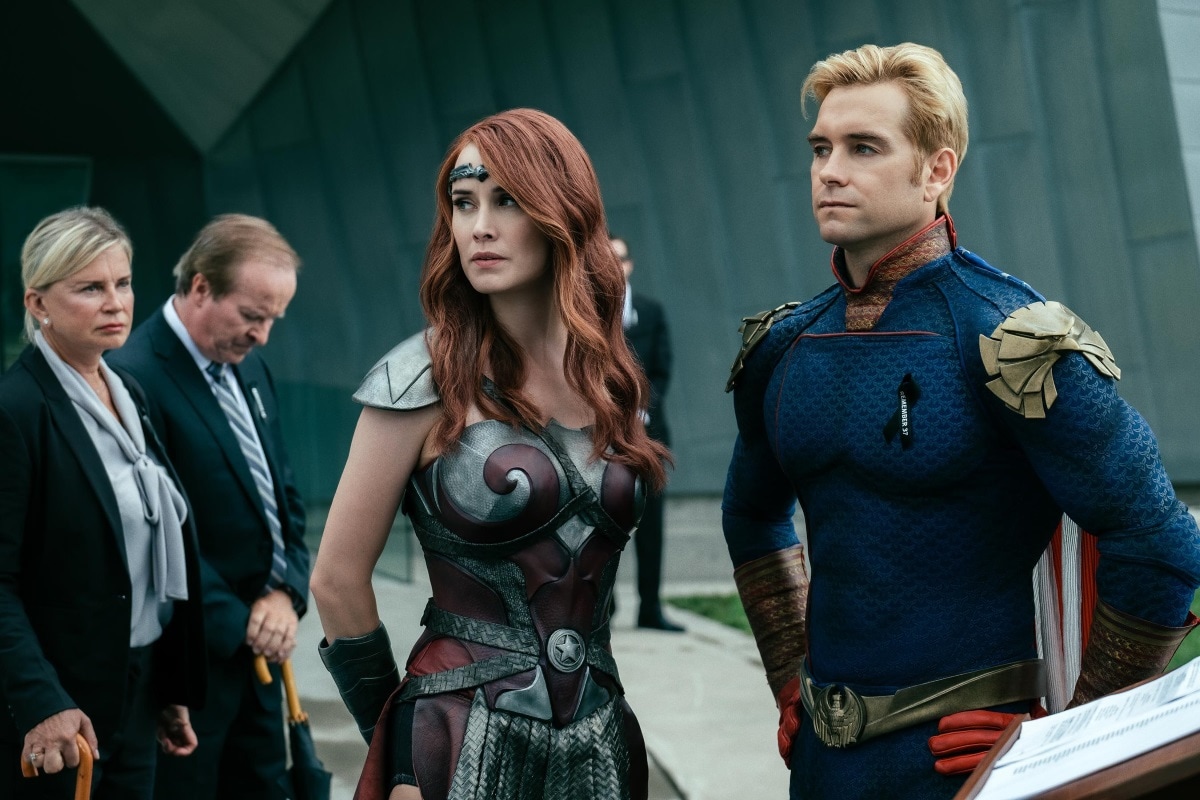 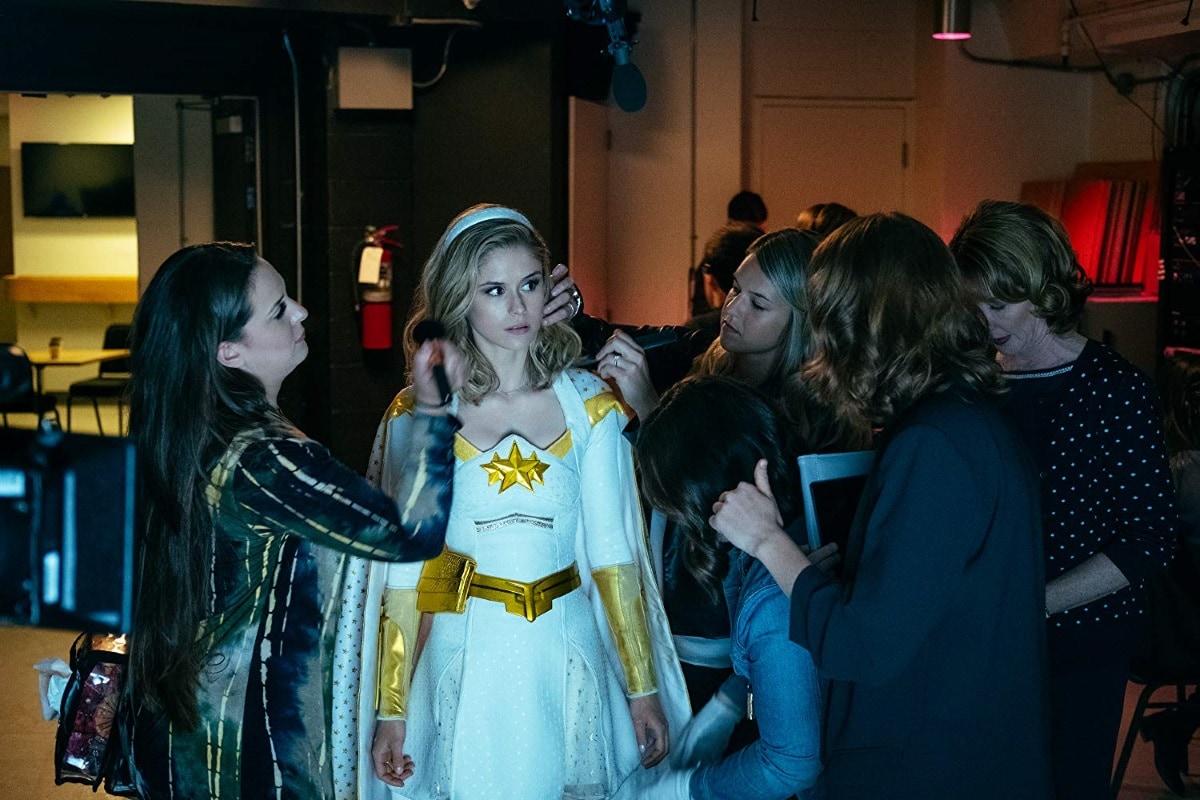 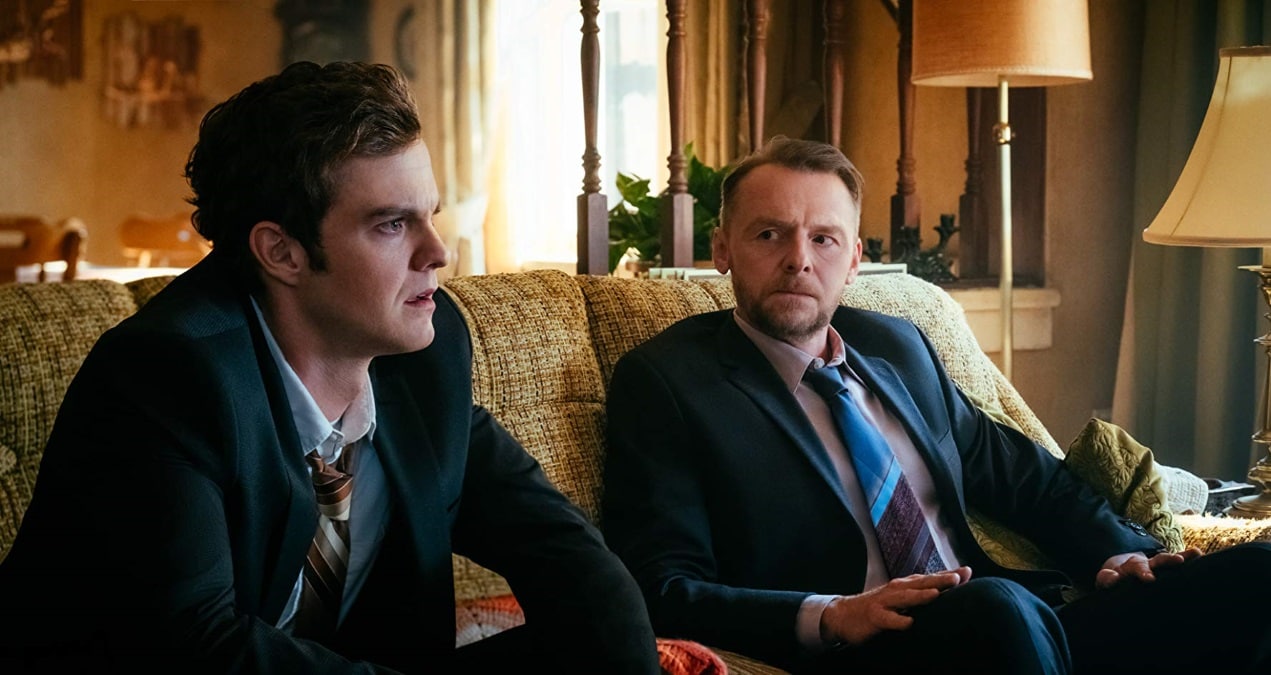 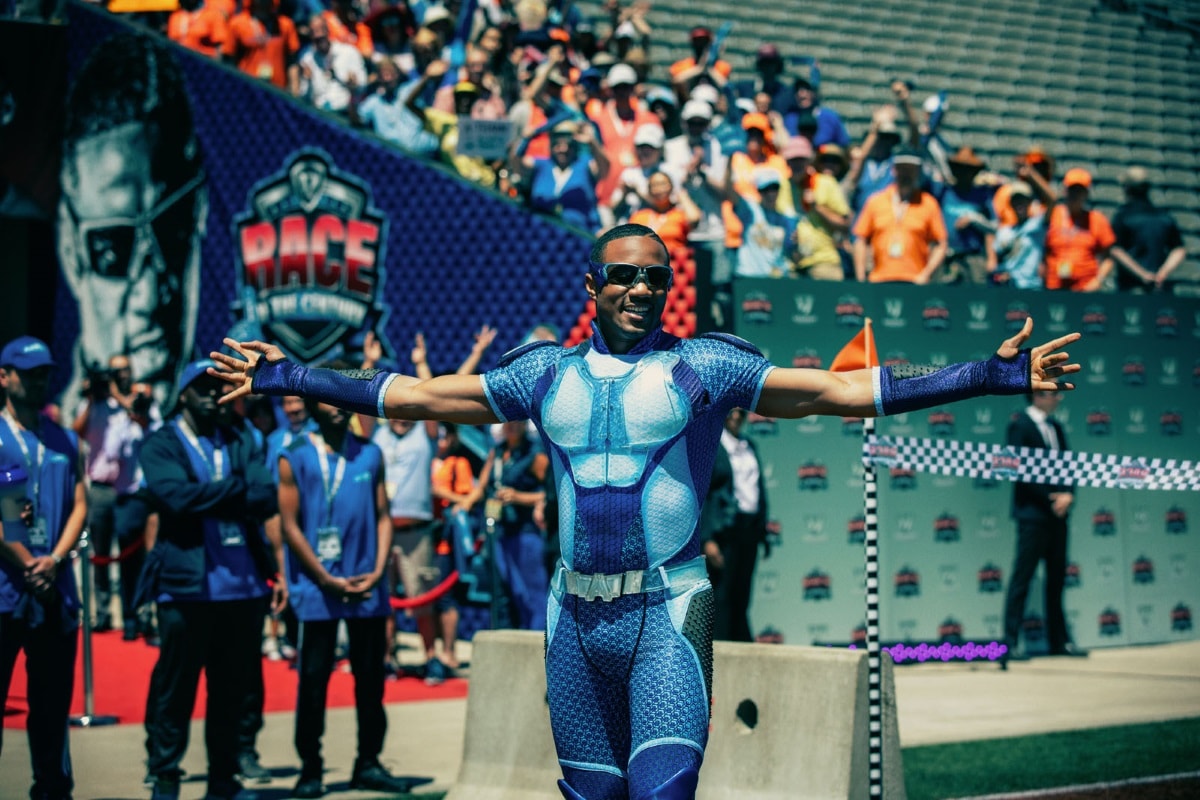 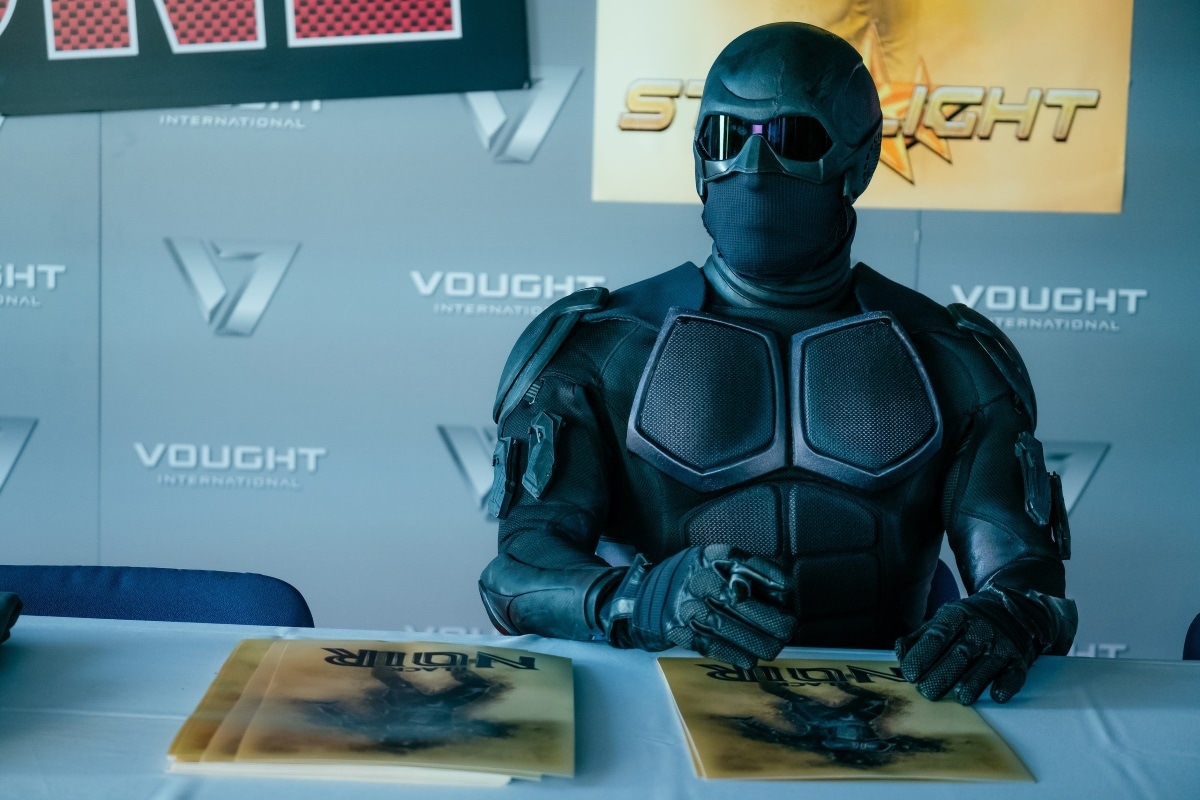 Further reading: The Boys, Amazon, Amazon Prime Video, Amazon Studios, Seth Rogen, Simon Pegg
Akhil Arora Email Akhil Akhil Arora covers entertainment for Gadgets 360, interviewing stars such as Christian Bale and Anurag Kashyap, covering series premieres, product and service launches across the globe, and looking at American blockbusters and Indian dramas from a global socio-political and feminist perspective. As a Rotten Tomatoes-certified film critic, Akhil has reviewed over 150 movies and TV shows in over half a decade at Gadgets 360. When he is not completely caught up with new film and TV releases, Akhil ...More
Amazon Has 'Destroyed' Retail and Should Be Scrutinised, US Treasury Secretary Says
Xiaomi Continues to Lead Indian Smartphone Market in Q2 2019: Counterpoint