New Terminator: Dark Fate Trailer Out, Movie to Release in 6 Languages in India

A new Terminator: Dark Fate trailer is here. With Linda Hamilton back as Sarah Connor, the new Terminator movie follows the events of 1991's Terminator 2: Judgment Day, pretending that the three terrible films in between never happened. The narrative reasoning given by returning producer James Cameron is that they took place in alternate timelines, which allows Dark Fate to disregard them without having to come up with an in-movie convoluted justification. Alongside, Fox Star India — the film's distributor in the country — has announced that Terminator: Dark Fate will release in six languages, including English, Hindi, Tamil, Telugu, Kannada, and Malayalam.

The new Dark Fate trailer opens on the cyborg Grace (Mackenzie Davis), who's told to “talk, talk fast” by Connor (Hamilton) pointing a gun at her head. She quickly disarms her and turns the table. Connor then tells Grace her story about how she changed the future of Judgment Day and saved three billion lives. Grace then tells her that even if Connor changed the future, that doesn't change their fate, referencing the new Terminator movie's title. We then get several glimpses of action sequences, featuring the new Terminator Rev-9 (Gabriel Luna) that can split from itself.

Connor and Grace then repeat two exchanges we've seen in previous Terminator: Dark Fate trailers, before they meet up with Arnold Schwarzenegger's T-800, now called Carl, as we learnt at the 2019 San Deigo Comic-Con. Carl says he will help protect the girl Dani (Natalia Reyes), who says in a different shot: “Nobody else is gonna die because of me.” Grace then explains that everyone dies if Dani doesn't make it, while the new Terminator creates a prison riot after disguising himself as a US Border Patrol officer.

The trailer then closes out with more action, during which Connor tells Carl she will kill him when this is all over. At the very end, Connor drops a grenade from a bridge, says “I'll be back” — the line made famous by Schwarzenegger — and casually walks away. Considering how much the trailer shows in total, it's definitely a bit spoiler-y and you may want to stay away.

Here's the official synopsis for Terminator: Dark Fate, via Paramount Pictures and Fox:

“27 years after the events of Terminator 2: Judgment Day, a new, modified liquid metal Terminator (Gabriel Luna) is sent from the future by Skynet in order to terminate Dani Ramos (Natalia Reyes), a hybrid cyborg human (Mackenzie Davis), and her friends. Sarah Connor comes to their aid, as well as the original Terminator, for a fight for the future.”

Terminator: Dark Fate is scheduled to release November 1 in cinemas in India in English, Hindi, Tamil, Telugu, Kannada, and Malayalam. Disney will handle distribution in India, owing to its acquisition of Fox, which has international distribution rights outside of the US, where Paramount is the distributor. 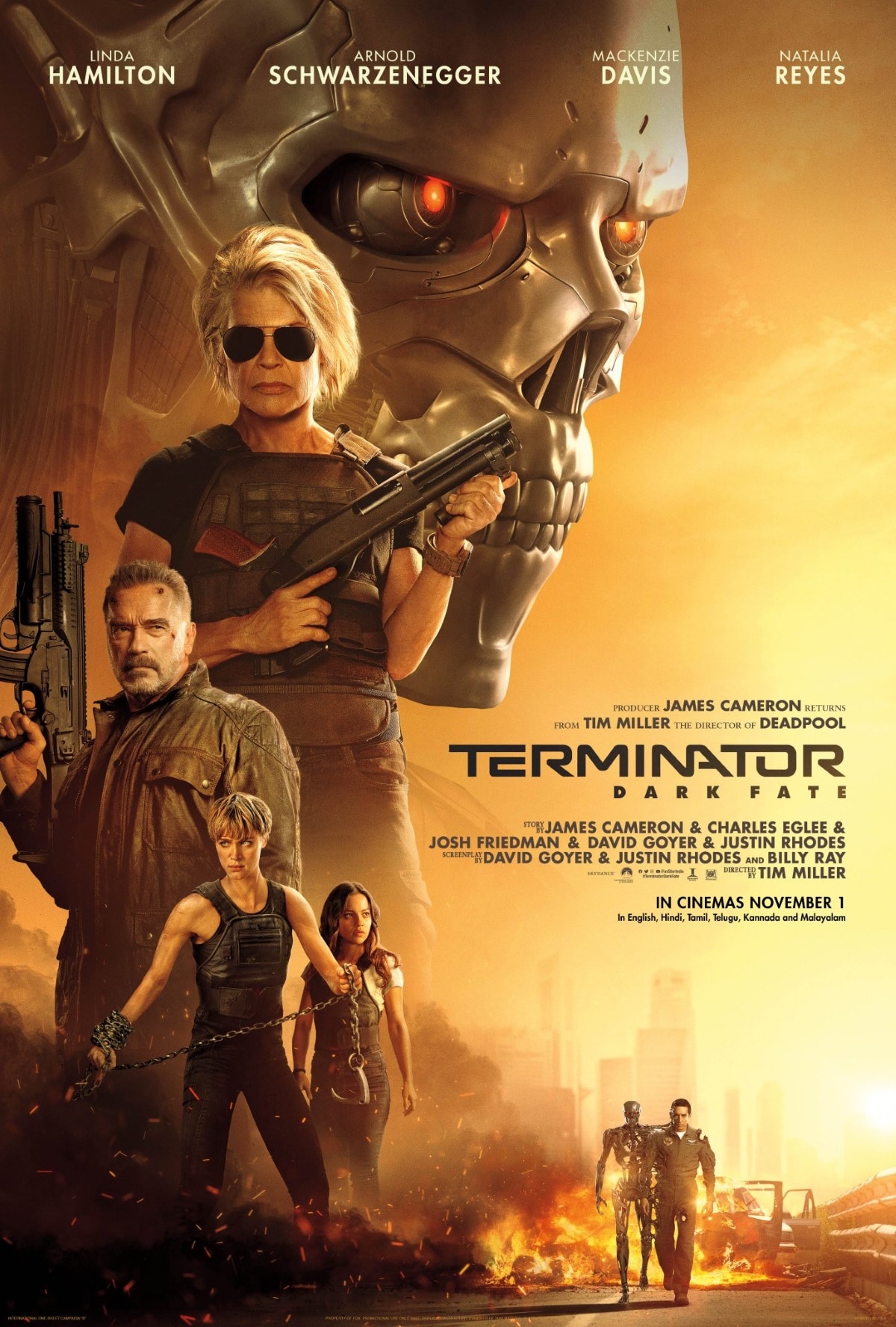 Further reading: Terminator, Terminator Dark Fate, Terminator 6, Arnold Schwarzenegger, James Cameron, Paramount Pictures, Fox, Disney
Akhil Arora Email Akhil Akhil Arora covers entertainment for Gadgets 360, interviewing stars such as Christian Bale and Anurag Kashyap, covering series premieres, product and service launches across the globe, and looking at American blockbusters and Indian dramas from a global socio-political and feminist perspective. As a Rotten Tomatoes-certified film critic, Akhil has reviewed over 150 movies and TV shows in over half a decade at Gadgets 360. When he is not completely caught up with new film and TV releases, Akhil ...More
Redmi Note 8 Pro vs Realme 5 Pro: Price, Specifications Compared
Carnival Row Review: Amazon’s Victoriana Fantasy Is Heavy on the Politics, Light on the Heart