With a few more pieces of Mumbai and Dimple Kapadia. 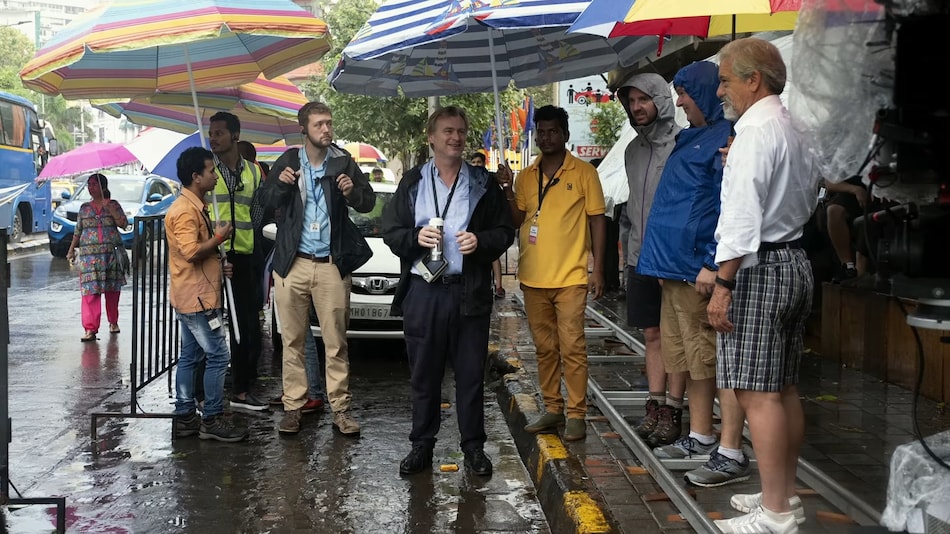 Tenet is out in cinemas in several parts of the world this week, and Warner Bros. has released a nine-and-a-half-minute behind-the-scenes featurette to further hype up Christopher Nolan's epic time-bending espionage movie. The Tenet behind-the-scenes video involves the cast and the crew — including John David Washington, Robert Pattinson, Elizabeth Debicki, Kenneth Branagh, Dimple Kapadia, Himesh Patel, Aaron Taylor-Johnson, Hoyte van Hoytema, Thomas Hayslip, Nathan Crowley, Emma Thomas, and Nolan himself — offering up tidbits on how Tenet was made, be it the action, visual effects, or the globe-trotting nature of the story.

Christopher Nolan Is Making a Mistake With Tenet

Early into the Tenet behind-the-scenes featurette, after Washington, Pattinson, Debicki, and Branagh offer up generic words you'd expect in a marketing clip, Nolan says: “Tenet is an espionage story, it's a classic spy story. I grew up loving spy movies. But to make it seem to today's audiences, I sort of felt like for me to really engage with it, I wanted it to have bigger possibilities. […] The film deals with this concept of inversion, which is the idea that the entropy of an object or person could be reversed. It's very much cinematic, it's something that you've to see on the screen to fully engage with.”

Later, Washington talks about how he pulled from his athletic experience — he played for four years with a professional American football team — for the stunt sequences. He wanted to do all the action himself, even though they were “incredibly complex”, as Nolan's wife and producer Emma Thomas describes them. Tenet's stunt guys, who have been around for years, had a fair bit of learning on the Nolan film too, because so much of it was inverted, which Nolan insisted to be shot that way, instead of merely reversing the footage. Tenet cinematographer van Hoytema and executive producer Hayslip say as much, noting that Nolan wants it “in camera” and doesn't want to use CGI.

“Our method of visual effects is try and do everything without them,” Tenet production designer Nathan Crowley concludes.

The Tenet cast also talk about Nolan's dedication, with Kapadia saying that his involvement is “more than 100 percent”. Pattinson calls it “infectious”, with Washington remarking that it just makes you want to push further. Nolan's dedication also involves a commitment to filming with IMAX cameras, which have become more and more central to Nolan's career. The cast note that the IMAX cameras' sheer size makes everything you're filming more important, as does the fact that they filmed everything on location. Tenet was filmed in seven countries, India, Denmark, Estonia, Italy, Norway, the UK, and the US.

More importantly, Tenet shot in some of those places during the busiest times of the year, Hayslip notes, from summer in Amalfi to monsoon in Mumbai. The Tenet cast and crew talk about how being on location in the real thing impacts their performance and the footage in turn, with Debicki remarking the feeling of a rocking boat, the video showing us the hundreds of extras that were gathered for the opera house sequence, and Taylor-Johnson saying that you lose the “essence” if you capture real-world locations on a soundstage.

This is best summed up by the Tenet stunt scene involving a Boeing 747. Pattinson describes it best: “A lot of these sequences, you kind of read in the script and you just think, ‘Yeah, would be cool in a movie.' And then you get to set, and it's like, ‘Yeah, we got a 747 crashing into the building. That's how we're achieving the 747 crashing into the building.' It feels very, very real, essentially ‘cause it is real.”

Tenet is out now in various parts of Europe, Australia, South-East Asia, and the Middle East. It opens next week in China and the US, followed by Russia and Japan in the following weeks. Tenet doesn't have a release date in India yet.