Neeraj Kabi: “In those days, we were fearful of losing our love.” 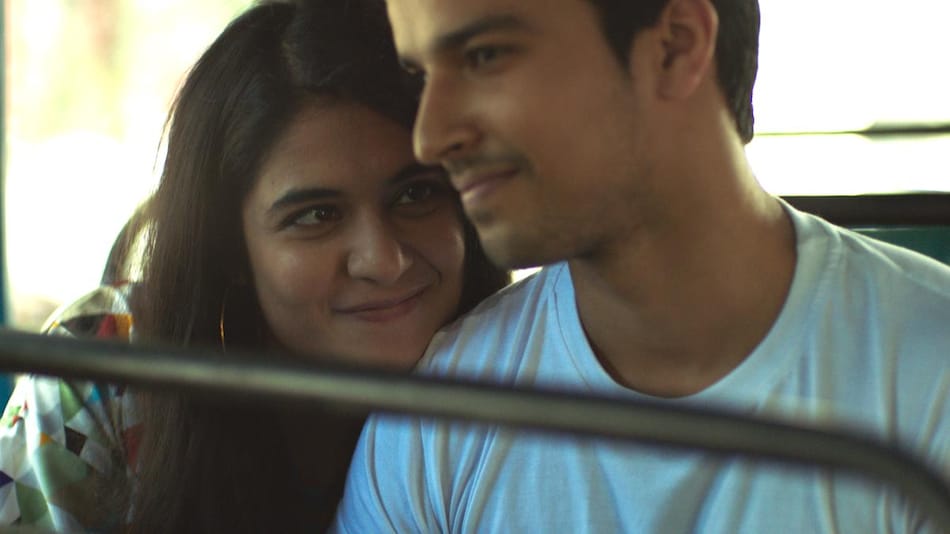 Taj Mahal 1989 — the latest Netflix series from India, out Friday — is quite open with the sexual desires of its characters, including the female ones, who openly declare their preference for pleasures of the flesh over emotional bonds. While Bollywood has slowly started to acknowledge female sexuality in recent years, on both the big and the small screen, it's still rare to see that applied to stories set in the past. Set in the Uttar Pradesh state capital of Lucknow in the eponymous year, Taj Mahal 1989 does just that. Its cast, which includes Anud Singh Dhaka (Super 30) and Paras Priyadarshan (Haseena Parkar), think it's high time we talk more about it.

“I think it's paramount because we, as a patriarchal society, shame women for speaking or thinking about something that you might not even turn around to look at a man,” Dhaka told Gadgets 360 on Wednesday in Mumbai. “Whereas we are always on our feet to jump to conclusions about the other gender. I think as human beings, we need to move away from that. I've seen men being so difficult, and they haven't been able to enjoy their lives.

“Like I've seen the male figures in my family struggle so hard just to show basic emotions like love towards their children and other family members. So as much as patriarchal society affects women, it affects men as well. But it obviously affects women more. It's about time that we move away from all of that and let the other people breathe. I mean, you're nobody to be in that place of power irrespective, so it's about time we start respecting and understanding.”

Priyadarshan added: “I remember a friend of mine told me once that women still can't openly, in Tier-II and Tier-III cities of India, tell the parents that they had a period, because it's something to be ashamed of apparently. Something as basic as a period. And I think there needs to be more stronger characters in cinema, there needs to be more depiction of sexuality of women and the problems that they face, because I don't think people realise the problems they face.

“Women, as we all know, like our mothers, they're used to suppressing their problems for the betterment of the family. Like, ‘I shouldn't tell them this, I should deal with it myself.' I think we need to put it more out there so that active conversations happen about that. Someone sees something then 10 days later they are talking about it. And maybe a year later, you see a change. I think the visual medium is one of the strongest ways to get that emotion [across].”

While some characters value sex over love, that doesn't mean the latter is downplayed in Taj Mahal 1989. If anything, it's dearer to others, owing to the period — at a time when the Internet or phones, landlines not mobiles mind you, had yet to become mainstream. Dhaka said as much and remarked that people were more tolerant, patient, and took time to listen to one another back in ‘89, now over three decades ago.

“I think settling down was a big priority back in those days, getting married and starting a family,” Priyadarshan noted. “People took time to reach somewhere back then. Like my grandfather was a poet, a hasya kavi, and he actually became successful in his 40s. He was a teacher, he taught Hindi, and he used to sit in the library at Connaught Place [in New Delhi], and read literature all day after he used to get done at school. He spent 30 years just learning and then it materialised into something beautiful. But now, I think we want to reach there by 30. Or, I want to have that kind of money, stature, respect, status by 30. And then maybe get married at 35.”

Dhaka added: “We're so occupied to an extent where, for 10-15 years you won't realise, and then all of a sudden, it hits you that you've spent so many beautiful years of your life doing something that today doesn't mean anything to you. And it could have been both ways — it could be the work that you've devoted yourself to, it could also be in a relationship. But I think you need to strike a balance; you need to move away from instant gratification.”

“In those days, we were fearful of losing our love,” Neeraj Kabi (Talvar), who's also part of the Taj Mahal 1989 cast, chimed in. “I don't think that fear exists today. ‘Love? It's there, it's gone, it's okay, fine.' That time, you never wanted it to go away, ever, ever. It was so strong.”

Taj Mahal 1989 is out Valentine's Day, February 14 on Netflix worldwide.