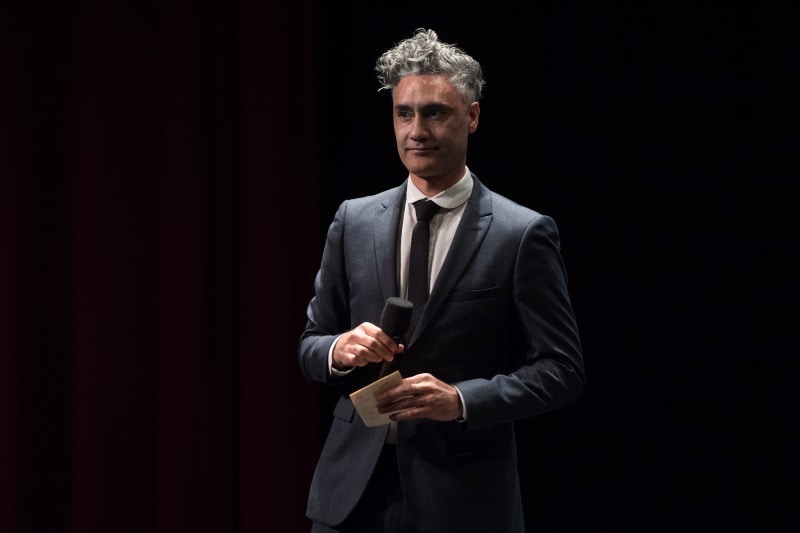 Taika Waititi at an Oscar-week event in February 2018

Thor: Ragnarok director Taika Waititi is reportedly set to join Apple's in-the-works series adaptation of Time Bandits, the 1981 fantasy film co-written, directed and produced by Terry Gilliam, who will serve as an executive producer on the show. Waititi will co-write and direct the pilot episode of Time Bandits, in addition to executive producing alongside Gilliam, and Dan Halsted (People of Earth). The 43-year-old Kiwi is best known for helming the irreverent third chapter of the Marvel demigod, aside from his indie films: What We Do in the Shadows, and Hunt for the Wilderpeople.

Back in July last year, Apple had reportedly put a Time Bandits series in development, that would be co-produced by Anonymous Content, Paramount Television and Media Rights Capital. We had heard nothing since then until now. Gilliam's film — which he considered part of his “Trilogy of Imagination” — is about the time-travelling adventures of an 11-year-old boy who loves history. One night, he meets six dwarves who emerge out of his wardrobe with a large, stolen map, and they set out together across various historical eras, while being pursued by the ‘Supreme Being'. During their adventures, he meets the likes of Napoleon Bonaparte, Robin Hood, and King Agamemnon.

Most recently, Waititi was tapped as one of the directors for the Disney+'s upcoming Star Wars series, The Mandalorian, from Jon Favreau (Iron Man, The Jungle Book). Later this year, he has his next movie, Jojo Rabbit, a war comedy which he directed, and stars in, as Adolf Hitler. He is also an executive producer on FX's upcoming series adaptation of his film, What We Do in the Shadows, premiering towards the end of March.

Both Anonymous Content and Paramount Television are also working with Apple on three other series: mystery drama Magic Hour, starring Brooklynn Prince (The Florida Project) in the true-story of young American journalist Hilde Lysiak; crime drama Defending Jacob, starring Chris Evans (Captain America) and to be directed by Morten Tyldum (The Imitation Game); and adventure drama Shantaram, based on Gregory David Roberts' 2003 novel, which is being written by Eric Warren Singer (American Hustle).

Apple has two over two dozen series in production or development, including the aforementioned few. The iPhone maker is reportedly set to announce the launch of its streaming service, which will house all of this programming, later in March.