Don’t hold out hope for the original Star Wars Holiday Special to be made available. 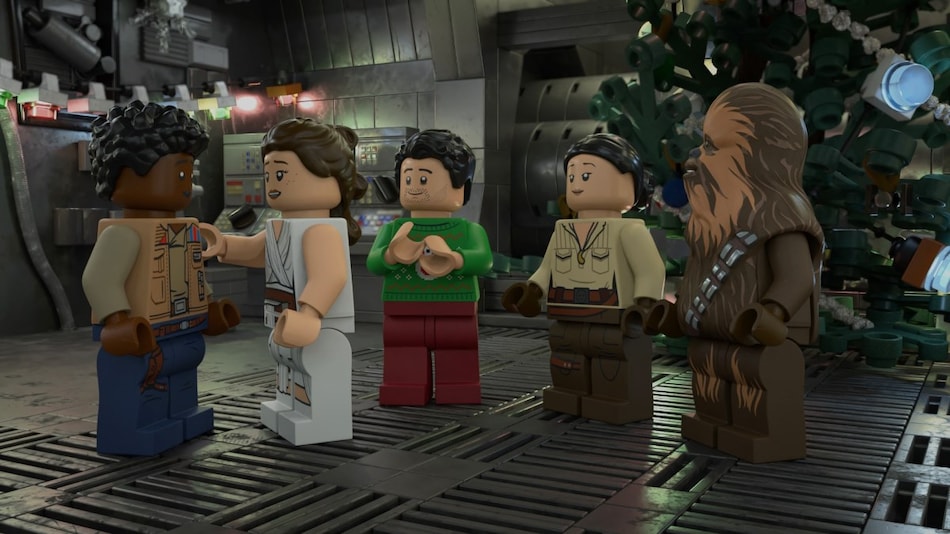 Released in 1978 following the success of 1977's Star Wars — now known as Star Wars: Episode IV – A New Hope — the Star Wars Holiday Special was a live-action adventure with the original cast of Mark Hamill (Luke Skywalker), Harrison Ford (Han Solo), Carrie Fisher (Leia Organa), Anthony Daniels (C-3PO), Peter Mayhew (Chewbacca), and James Earl Jones (Darth Vader). But it turned out to be so terrible that it was never aired again or released on disc, in the hopes of driving it out of existence. It's curious then that Disney is purposefully acknowledging it, and even releasing the new one on the same date as the original.

Here's the official description for The Lego Star Wars Holiday Special, from Disney+:

“Directly following the events of Star Wars: The Rise of Skywalker, Rey leaves her friends to prepare for Life Day as she sets off on a new adventure with BB-8 to gain a deeper knowledge of the Force. At a mysterious Jedi Temple, she is hurled into a cross-timeline adventure through beloved moments in Star Wars cinematic history, coming into contact with Luke Skywalker, Darth Vader, Yoda, Obi-Wan and other iconic heroes and villains from all nine Skywalker saga films. But will she make it back in time for the Life Day feast and learn the true meaning of holiday spirit?”

The Lego Star Wars Holiday Special is out November 17 on Disney+ Hotstar in India.