A new trailer, not released online, shows Rey with a dual-sided lightsaber. 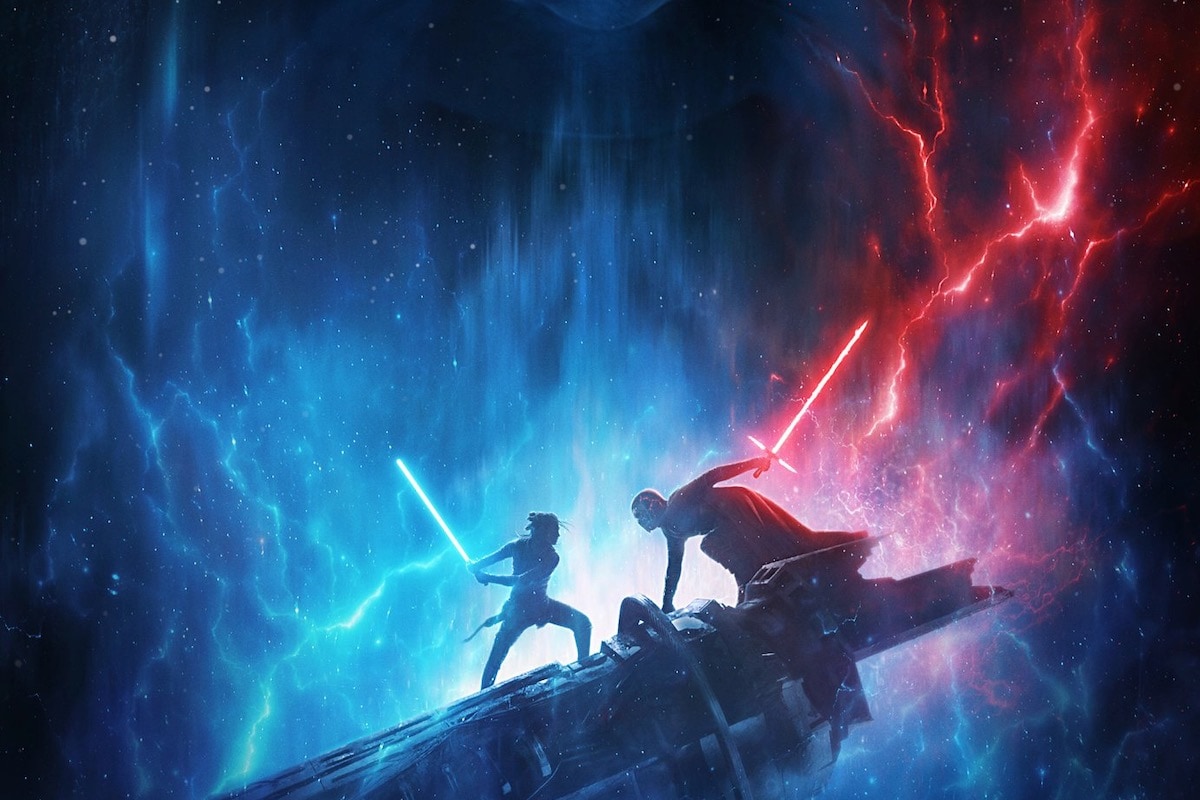 Rey and Kylo Ren in new Star Wars: The Rise of Skywalker poster

Though the new Star Wars: The Rise of Skywalker trailer shown at Disney's D23 Expo on Saturday hasn't been made available publicly, Lucasfilm has released a new poster for the upcoming ninth chapter of the space opera franchise, featuring Rey (Daisy Ridley) and Kylo Ren (Adam Driver) duelling with lightsabers while Palpatine (Ian McDiarmid) looms large over the two. The new Rise of Skywalker poster is also the first look at the return of the Emperor, who was believed dead after the events of Return of the Jedi.

What the new Star Wars: The Rise of Skywalker poster doesn't give away is the fact that Rey will wield a double-bladed red lightsaber, similar to the one used by Darth Maul. The red colour is indicative of Rey's possible turn to the dark side of the Force — and an influence of the Sith. Set aside the fact that Darth Maul was a Sith Lord, The Rise of Skywalker is being set up as the final chapter of the nine-film Skywalker saga, which means it also has to conclude the ancient conflict between the Jedi and the Sith.

In addition to releasing a new poster and showing off a trailer to D23 attendees, Lucasfilm also brought out The Rise of Skywalker director J.J. Abrams and much of the cast on stage on Saturday in California. Abrams reiterated that Carrie Fisher's Leia Organa is the heart of the story, while Anthony Daniels — who plays C-3PO — said “it's very hard that Star Wars is ending. But what an ending.”

Keri Russell, who plays Zorri Bliss, one of the new characters on The Rise of Skywalker, said she was so excited to join the Star Wars family, primarily because “my son actually thinks I'm cool now”. She described her character as “shady, kind of a criminal, and sort of this old friend of Poe [Dameron]'s”, played by Oscar Isaac.

Billy Dee Williams, who returns to play Lando Calrissian from the original Star Wars trilogy, said: “Lando has never left me. I've been here all these 40 years and it's been a very special experience for me.”

Star Wars: The Rise of Skywalker is out December 20 in India and around the world.

The Eternals: Kit Harington Cast as Black Knight, Gemma Chan Confirmed as Sersi — Disney D23 Expo
From Frozen 2 to Soul: All the Disney Animation and Pixar Announcements From D23 Expo